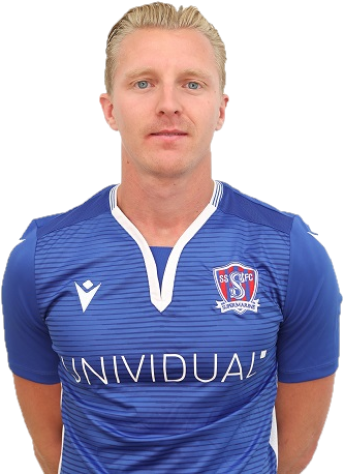 Profile: Joe signed for Marine in the summer of 2014 from the previous season’s champions Cirencester Town. He made nineteen starts and three substitute appearances in Cirencester’s Division One South & West championship-winning side in 2013/14, scoring four goals along the way. He is another Swindon based player who Marine was monitoring for some time before we managed to sign him in July 2014. He is a box to box midfield player who can also play in defence, possessing great stamina and a knack of scoring a vital goal or two along the way. A very versatile player who can play in several positions..

Other Sponsorship is available for Joe