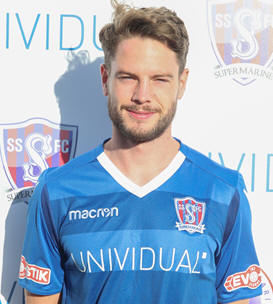 Profile: Jon joined Marine in February 2017 from North Leigh having joined them for a second spell just after the start of the season from Cirencester Town. He did sign for Marine from the New College Academy back in 2007 although he never made a start for the club before joining Cirencester Town. He is a versatile player who can anywhere along the back four and in midfield where he has scored the odd goal or two during his spell at North Leigh. A part of last season and the start of this was missed with work commitments, although the manager is confident he’ll be available to play more games this season.

Sponsor Sponsorship is available for Jon