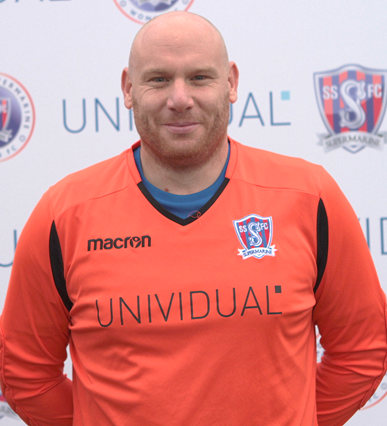 Profile: Swindon based Kevin joined the club in June 2018 as back up regular keeper Josh Hill. He spent the last four seasons at Evesham having joined them from Mangotsfield United. He’s previous clubs include both Gloucester City and Salisbury City with whom he helped win promotion. He is a vastly experienced keeper with over 500 Southern League appearances.

Sponsor: Sponsorship is available for Kevin
Return to Profiles page