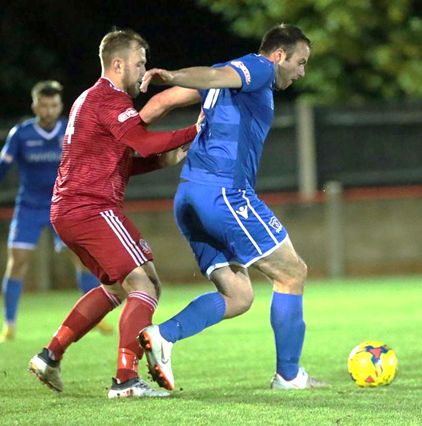 Profile: Gloucester based Mike joined the club on November 5th, 2018 on a dual registration with Hereford to play a few games for Marine to get back to full fitness, having suffered a leg injury for Hereford in their preseason match against Newport County. He has been a regular goalscorer for the Bulls over the past three seasons as they won three promotions in consecutive seasons.

Sponsor: Sponsorship is available for Brad
Return to Profiles page

Pictured: Mike on his first appearance for Marine at Beaconsfield Town Tuesday 06/11/18