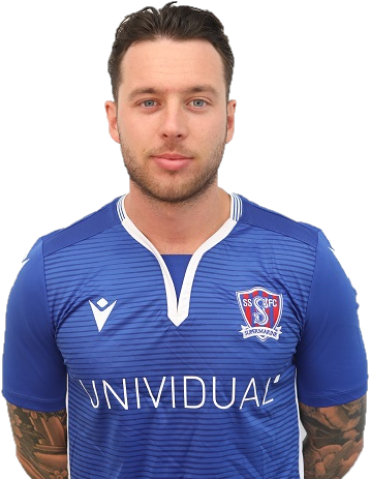 Profile: Bristol based Pierce signed for Marine on July 1st 2020 after playing for Tiverton Town last season. He started his career as a youngster at Bristol City before moving across the city to Bristol Rovers and then loan spells at Bath City and Weston-super-Mare. After his release from Bristol Rovers he had spells at both Truro City and Frome Town before joining Taunton in October 2016. Pierce played against Marine on several occasions for Taunton and was on the scoresheet when he scored a thunderous volley in the FA Trophy at Taunton in 2017 when we lost 5-0. His best position is full back and he is always looking to get forward to support the forward players, he is a strong and determined player.

Other Sponsorship is available for Pierce