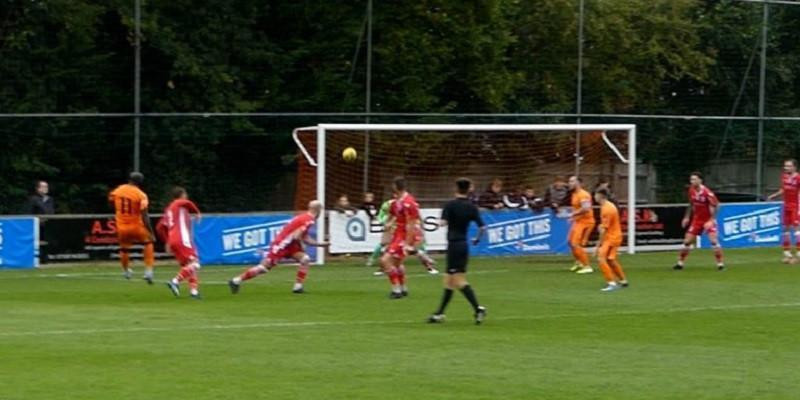 MARINE START THEIR 30TH ANNIVERSARY CAMPAIGN ON THE ROAD

Marine kick off the 2022/23 season with a trip to play Hartley Wintney in the Pitching In Southern League Premier Division South, kick off 3:00pm

Marine get the new season underway this Saturday 6th August in their 30th season of matches since their formation in 1992. It begins with one of their shorter journeys as they travel to Hampshire to take on Hartley Wintney away under the stewardship of Ross Weatherstone and Ty Newton who were appointed in the summer replacing Anthony Millerick who steps up to Director of Football.

Last season “The Row” finished 18th in the table winning 13 of their 42 games – scoring 56 but conceding 75. Marine went down 1-0 at Hartley in October with Eshun netting the winner on the hour with the last meeting at the Webbswood Stadium in March seeing Marine running out 3-2 winners this time when Campbell, McDonagh and Williams scoring the goals with Williams netting a 81st minute winner. Cooksley and Allen scored for Hartley. Marine will be confident going into the match as in the previous seven encounters they have only lost the once, albeit the last time out at the Memorial Playing Fields last season.

In pre-season Hartley have won four of their seven games and only lost the once to Chippenham Town 1-0 whilst drawing with higher league Farnborough 0-0 so defensively they have tightened up with Kyen Nicholas looking a threat up top as well. Team news ahead of the game is that everyone trained on Thursday and is fit and raring to go so there will be some tough decisions ahead for the management in picking the squad after an excellent pre-season for Marine winning five of the eight matches, losing only to EFL 1 side Forest Green Rovers and National South side Taunton Town with the highlight being the win over neighbours and EFL 2 side Swindon Town 2-0.

Manager Lee Spalding had this to say: “We know it will be a tough test tomorrow at Hartley, we have had a good preseason as have they and it should be a good competitive game. We will have to be at our best to get anything from it, nothing is won or lost on the first day of the season but it is always good to get off to a positive start which is exactly what we will be looking to do.”

When asked about the season ahead manager Lee Spalding had this to say; “Regarding predictions and ambitions for the team for the season our focus will be on our performance and winning the next game. We need to play to our full potential every game then we have a chance of having a good season and pushing forward as a team from where we were last season. We are all looking forward to seeing you there tomorrow to get the party started!“

The turnstiles and all other facilities are open from midday, with admission prices as follows: