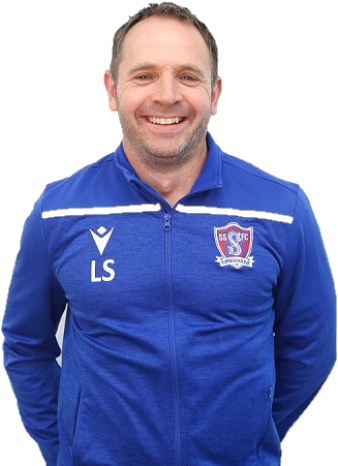 Profile: Lee joined Marine as Assistant Manager in July 2012 having spent the previous few seasons at Highworth Town, firstly as a player and then as assistant to Dave Webb. After playing at a high level, including time at league sides Swindon Town and Wycombe Wanderers, he began working alongside manager Dave Webb in 2011 when he also took on the coaching role and he’s continued to do so at Marine. Lee left the club for a short spell from February until April 2015 to take time out to obtain his coaching badges and watch his sons play for Bristol City and Swindon Town, respectively. In mid-January 2018 he became caretaker manager after the departure of manager Dave Webb. It was initially until the 2017/18 season but after leading the team to a playoff final victory at Wimborne Town on penalties and promotion to the Southern League Premier Division he was rewarded with the managers role on a permanent basis at the start of the 2018/19 season. Having established the team in the Premier South Division with a creditable midtable finish in his first season he finished his eighth season with the team in fourth position and playoff place when the season prematurely ended in March 2020.

Other Sponsorship is available for Lee