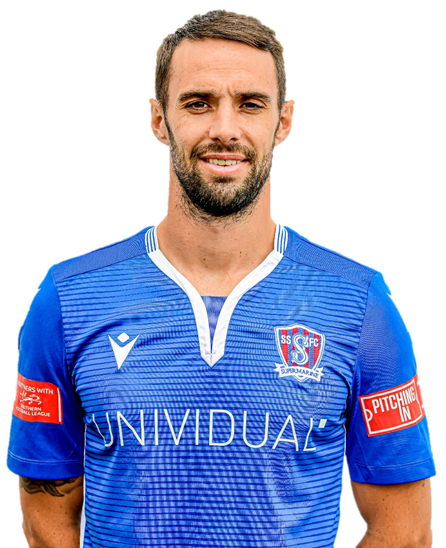 Frankie is an experienced 32-year-old midfield player who joined Marine from Vanarama National League South side Bath City. on a one-year contract in June 2021. He began his career with Bristol City, signing his first professional contract in 2006. Although he was named as substitute on several occasions, he did not make a first-team appearance for the Robins, spending loan spells with Exeter City, Brentford, Kettering Town, Cheltenham Town, and Chesterfield. In July 2010 he joined Cheltenham permanently, signing a one-year contract. He moved on to Grimsby Town 12 months later, where he made over 50 appearances during two years at Blundell Park, including the FA Trophy Final at Wembley in 2013. He was released at the end of that campaign and moved on to Hereford United and was a regular in the Bulls midfield but left after the club was relegated to the Southern League due to financial problems, arriving at Bath City in June 2014 where he made almost 200 appearances for the Romans and scored 11 goals.

Other Sponsorship is available for Frankie