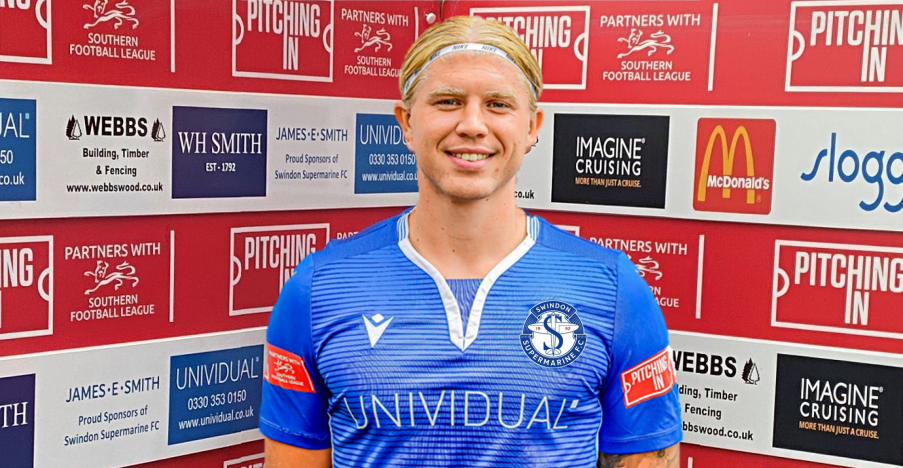 George began his football career at the Bristol City Academy when he was eight years old and progressed through the ranks, signing his first professional contract in October 2015 just a few weeks after his 17th birthday. He progressed into the Bristol City first team squad at the end of the 2015/16 season, where he made two appearances as a substitute before loans spells at Derry City, Torquay United, Eastleigh, and Weston-super-Mare until his release from Bristol City in the summer of 2019. He then signed for Weston-super-Mare in September 2019 before signing for Marine for the first time in December 2019 for the curtailed season due to Covid-19 and just weeks after we played Weston. He returned to Marine for the 2021/22 season having signed just before this season kicked off. He is a midfield player who is always involved in the game and possesses great stamina and skill on the ball. George has signed a contract until May 2023.