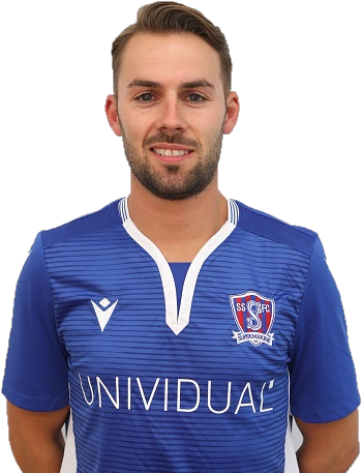 Michael returned to Marine in mid-September 2021 from Stratford Town having left at the end of last season. He first signed for the club in February 2018 from North Leigh. He is predominately a left sided player either in the defence or in midfield but can also play on the right as well. Before joining North Leigh he had spells at Didcot Town and Hungerford Town after starting at Reading Academy as a youngster. He is a talented footballer and will once again be a key member of the first team squad.

Other Sponsorship is available for Michael