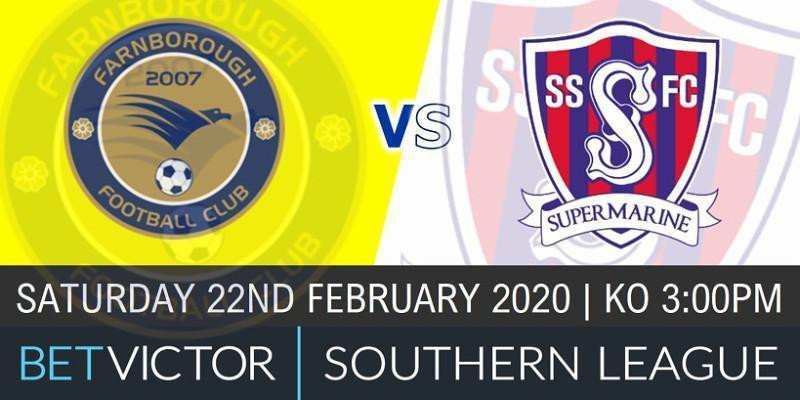 SPALDING SAYS ITS NOT TIME TO STAND STILL 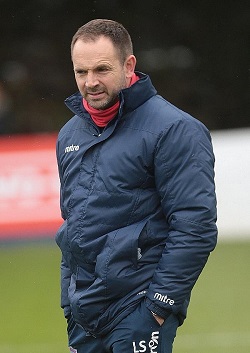 Supermarine manager Lee Spalding says now is not the time to stand still and reflect as there are still points to be won if his side is to achieve promotion this season.

Marine suffered a disappointing 2-0 defeat to Yate Town in midweek as the bogey team for four of the top six claimed another scalp. Despite the defeat, Spalding’s men are still holders of a Southern League Premier Division play-off spot with 13 games to go and will be aiming to return to form away to Farnborough on Saturday.

Marine emerged on the right side of a five-goal thriller earlier in the season, and Spalding wants to see a return to the clinical nature of that victory when Marine arrive at the Rushmoor Community Stadium tomorrow.

He said: “It’s a great opportunity for us to bounce back straight away. You’re always looking to do that when you lose of course. “I’ve said to the players that we’re in fourth position at the end of February, they’ve put themselves in a great position and it’s down to them now to make sure they finish the job.

“That starts Saturday and it’s another great opportunity for us to get three points again. “It’s no more or no less than that – we’re not looking ahead, it’s about the next 90 minutes against Farnborough.”

Marine’s manager is a big fan of the 7,000-capacity stadium in Hampshire and says his players should have no problems getting into the correct headspace as Farnborough has a feel of a club in the tier above.

But once the game kicks off, Spalding says his team’s first job will be to keep both wingers quiet following goals from Andrew Sealy-Harris and Reggie Young that almost cost Marine points earlier this term. Spalding said: “It’s a really lovely ground – it’s at a National League standard.

“It’s one of the nicest grounds and best pitches in the league. So when you turn up as a player, you’ve got to fancy it because of the surroundings and the facilities. “They’ve got a few really good young players, and they’ve had interest from league clubs. “They’ve got two lively wingers – one of whom scored against us earlier in the season.”

Calving Dinsley returns to the squad after a month on loan at Evesham United but missing through injury tomorrow is George Dowling who should return to the squad next week.

ALL PAY AT THE TURNSTILE FROM MIDDAY

From the M3 motorway Leave the motorway at Junction 4 and take the A331 signed to Farnham. After a few hundred yards exit at the second slip road – signed A325 Farnborough – turn right at the roundabout and cross over the dual carriageway and a small roundabout.