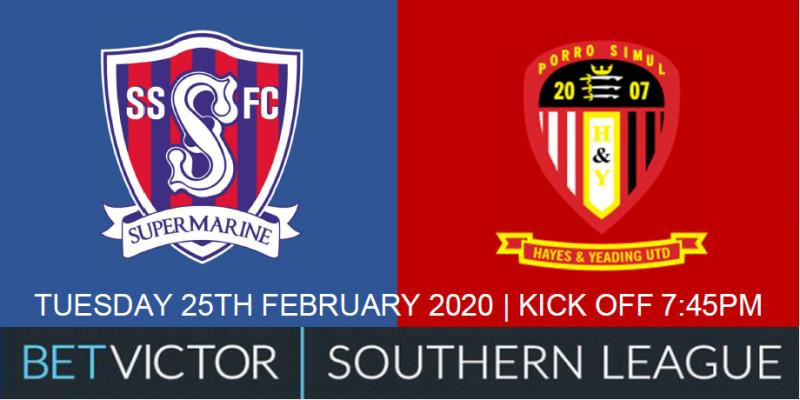 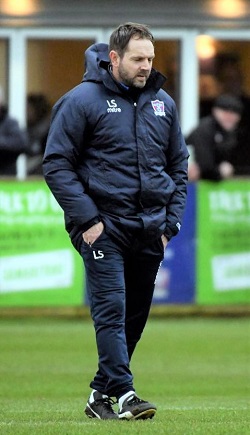 Weather permitting, and there will be a precautionary pitch inspection at 2pm today, Swindon Supermarine can take a giant step towards securing a Southern League Premier Division play-off spot this evening when hosting form team Hayes and Yeading United at the Webbswood Stadium according to manager Lee Spalding.

Spalding’s side were handed a tremendous boost on Saturday when Harry Williams netted in the 91st minute to earn Marine a timely one-goal win against Hampshire outfit Farnborough. That win promoted Marine to third in the table, but this evening’s visitors Hayes and Yeading arrive off the back of a five-game unbeaten run.

With a strong budget to boast, Marine chief Spalding has set his players the target of recording a second clean sheet in four days. He added: “I’ve set a target for the team - I want a certain number of clean sheets and points too. “With the attacking players we have in the team, I feel we’re a threat to any team we play.

“It’s about making sure defensively we are strong, that could be key to any success we might achieve. “I know Hayes and Yeading have a very big budget, and some good players too. “We’ll be confident and looking forward to the game because it’s a good challenge for this time of year. “It’s one the players are relishing and looking forward to.”

Following a 14-game unbeaten run between November and late January, Supermarine have claimed only nine Southern League points from the last 21 available to them. Saying that, defeats came only to high flying Truro City, Poole Town, Taunton Town and the improving Yate Town.

Spalding is yet to be convinced that any of the above quartet possess a significantly higher attacking threat than his own team. He explained: “Without feeling sorry for ourselves, we definitely had a few decisions go against us in those four games (against Truro, Poole, Yate and Taunton).

“We haven’t been beaten convincingly, and I haven’t looked at one team and thought they are a different level to us. “It’s down to making sure we don’t make mistakes defensively and make good contact with the ball. “I don’t see any reasons why we can’t go on a run where we win more games than we lose between now and the end of the season.”

On the injury front we only have George Dowling definitely missing through his hamstring strain, but will hopefully play some part on Saturday and Henry Spalding will have a pre-match test after a knock to his ankle last week but he should be okay along with the rest of the players.

ALL PAY AT THE TURNSTILE | OPEN FROM 6PM