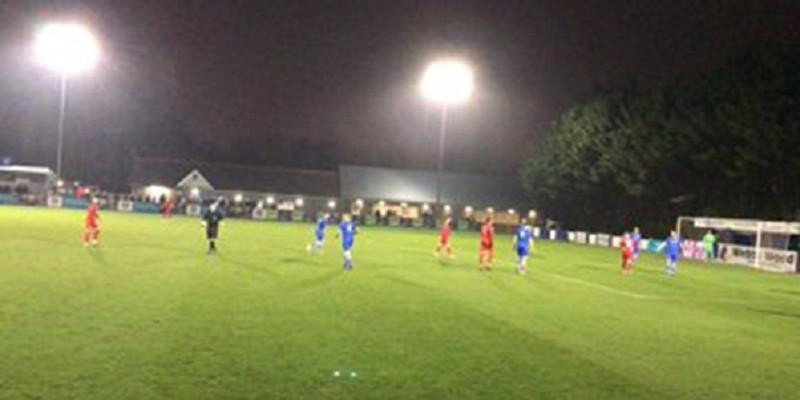 Courtesy of the Swindon Advertiser
Marine lost their Southern League Challenge Cup on Tuesday night, although only losing on penalties to Frome Town. The high flying Southern Division One South outfit Frome Town triumphed 6-5 in the sudden death shootout at the Webbswood Stadium after both teams were tied five apiece before the eighth crucial penalty.

Marine were handed a lifeline when Warren Maidment skied the visitors first sudden death effort over the crossbar in remarkably similar fashion to Matt Williams’ effort just seconds earlier. Marine missed their second sudden death penalty when Joe Shepherd’s effort bounced off the crossbar, and Frome took full advantage to book their spot in the competition’s next round when they scored their eighth and crucial penalty taken by Sam Teale.

A shootout was required after both teams ended 90 minutes level with one goal each. Neither team broke the deadlock in the opening half-an-hour, though Marine’s Alex Henshall went close when his effort crashed into the side netting. Lee Spalding’s side had to halt their celebrations on 44 minutes when a goal from Stuart Fleetwood was flagged for offside as the half ended 0-0.

Clear cut chances were again sparse in the second half before Marine took the lead with just 10 minutes to play. A miss-kick by Frome’s keeper Thomas-Barker gifted Stuart Fleetwood a sight on goal, and the proven striker required no second invitation to break the deadlock when he lobbed the stranded keeper.

Celebrations were short-lived, though, as Frome equalised a minute later from the penalty spot as George Dowling was adjudged to have fouled Frome captain Sam Teale with a shoulder charge which Daniel Cottle scored from before eventually winning on penalties.