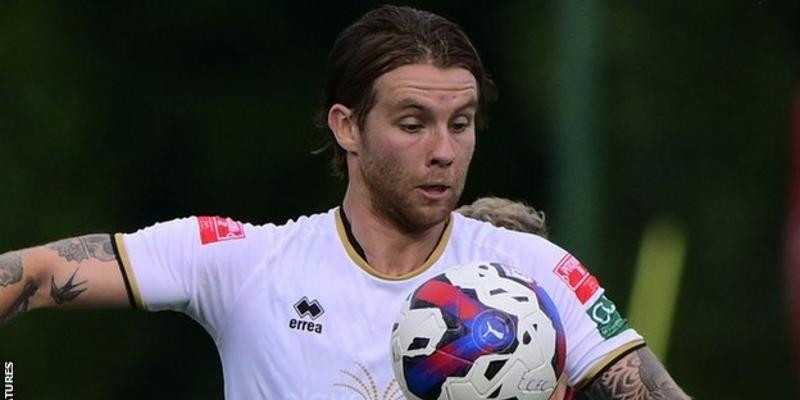 When faced with a long midweek trip to play the league leaders the one thing you would most want is a fully fit squad. This was not to be the case for Swindon Supermarine who travelled to Plymouth Parkway’s Bolitho Park, the temporary home of Truro City, with six players unavailable or injured. Indeed, the club was down to twelve fit players as a grim situation got even worse with top scorer Harry Williams falling ill on the team coach.

The match saw Marine’s Manager Lee Spalding have to make some significant adjustments to his line-up. Jadyn Mundle made his Marine debut in goal; dual registered Louis Spalding came in at left back; Mat Liddiard slotted into midfield; and Conor McDonagh and James Harding combined to lead the line.

With a rejigged line up, you hope you will be able to withstand the first twenty minutes to establish a foothold in the match. This was not to be the case as Truro City stormed into a three-goal lead in eleven minutes.

Truro’s opening goal came on 6 minutes. Marine half cleared a corner, but the hosts recycled a lofted ball towards the back post. The dropping ball hit the heel of the retreating Sam Turl. It could have deflected in a multitude of directions but when fate is against you then as sure as night follows day it will fall straight to the feet of a striker. Faced with the ball at his feet on the edge of the six-yard box Truro’s TYLER HARVEY (pictured above) made no mistake.

On eight minutes a floated ball towards the Marine area was miscued by Marine’s Brad Hooper. As it looped into the penalty area the Marine midfielder desperately tried to retrieve possession but in doing so made light contact with a Truro player. As the home team forward fell to the ground the referee whistled for the spot kick. Truro’s TYLER HARVEY struck the penalty to the right of Mundle. The young keeper did well to get a hand to it, but he could not prevent the ball entering the net.

On eleven minutes Truro scored their third. This was a really well-crafted goal. The energetic Dan Sullivan played the ball wide to Connor Riley-Lowe who hit an inch perfect cross to the back post. The cross was then met by a diving header from ROCKY NEAL. This was a simple but well worked goal that showcased Truro’s quality.

At this point Marine could have folded but they did not. Instead, they dug deep and showed a determination not to be on the end of a seven or eight goal hammering. Particular credit should go to Jadyn Mundle who made several sharp saves. The pick being an excellent parry of a Dan Sullivan shot in the first half and an impressive stop in the second from a Harvey Tyler strike.

With the clock edging towards full time Truro City scored a fourth in the 81st minute. Marine relinquished possession in midfield and the ball fell to Connor Riley-Rowe who’s cross was met by Rocky Neal, keeper Jadyn Mundle made a sharp point blank save but the ball rebounded kindly to ROCKY NEAL who tapped in from close range to make it 4-0. To their credit Marine kept going and in the final minutes Henry Spalding came close to a consolation goal forcing a sharp save from James Hamon.

There is no shame in losing to Truro City who showed just why they are at the top of the league. They are physically strong, play quality passing football, and have proven finishers. From a Marine perspective this was a tough day. However, at 3-0 down after eleven minutes the players showed real character and dug deep to avoid a rout. Particular praise should go to Jadyn Mundle who made some good saves. Having travelled to the ground from the Midlands at the shortest of notice his efforts were laudable.