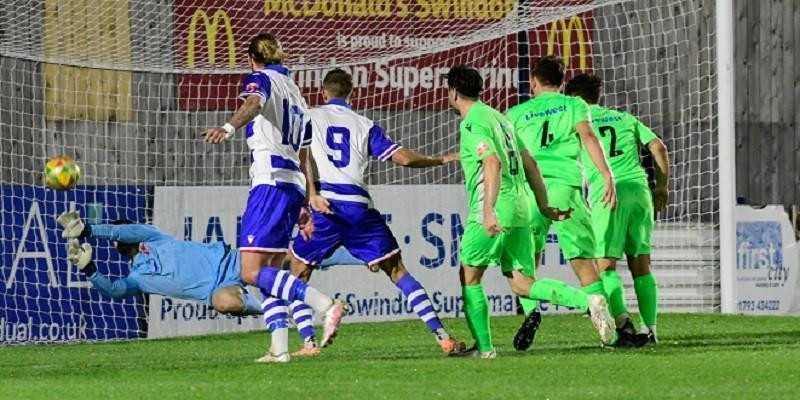 Swindon Supermarine had their first midweek action of the season on Wednesday night as they took on Southern League Division One South side Willand Rovers in an FA Cup replay after the draw at the weekend. Marine made a couple of changes with George Dowling and Zack Kotwica coming in for Sal Abubakar who dropped to the bench whilst Tom Sharpe who missed out with injury. 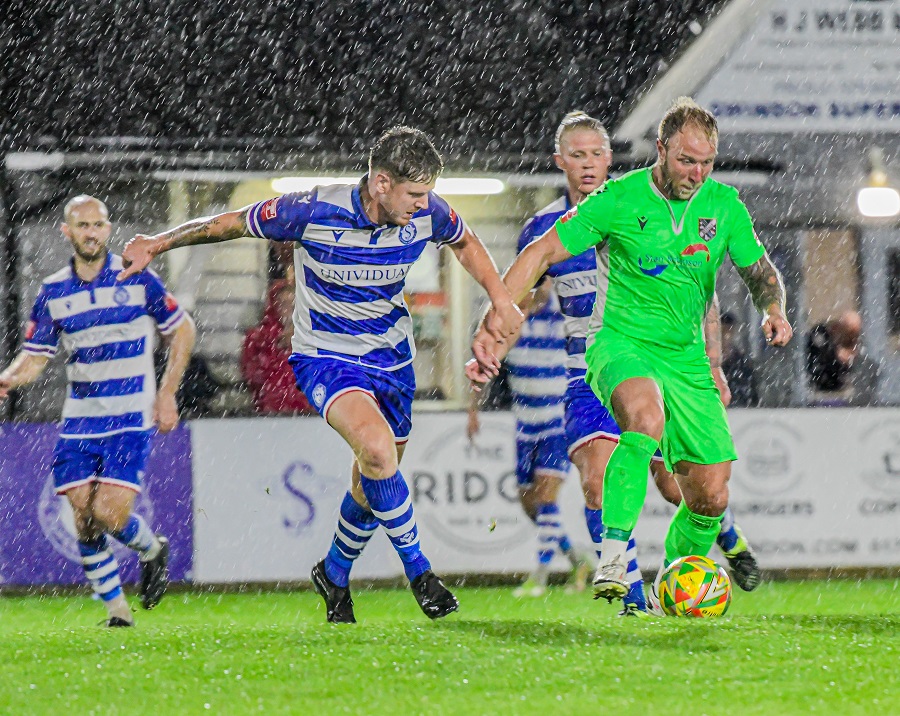 The first shot of the match came on seven minutes when Conor McDonagh had his effort saved by Willand keeper George Burton. The visitors had the ball in the back of the net in the ninth minute through centre forward Lewis Hall, but he had clearly drifted offside and it the goal was correctly disallowed. Henry Spalding found some space on the edge of the box soon afterwards but curled the shot over the top. 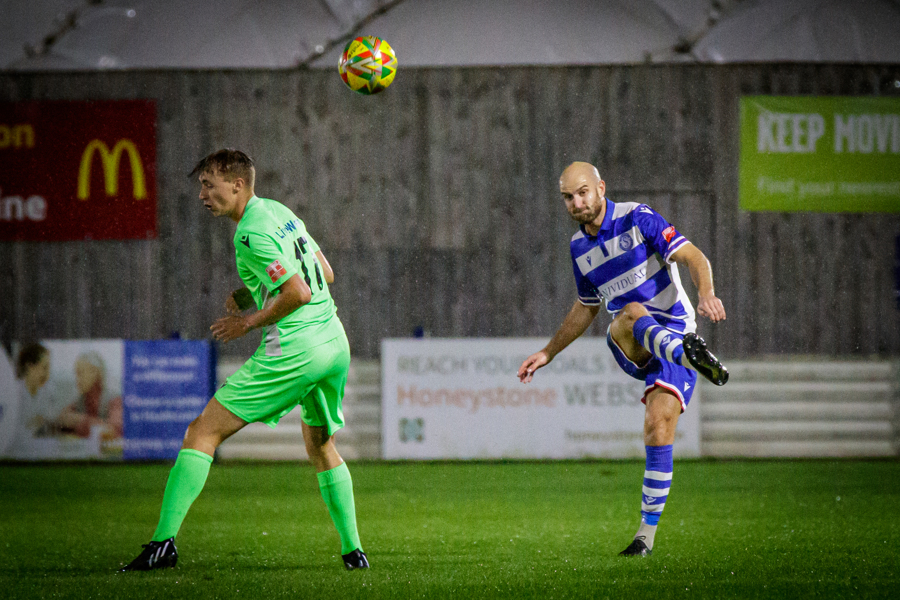 Marine were starting to dominate attack and the breakthrough eventually came on eighteen minutes and it was no shock to the name on the scoresheet. A cross from Henry Spalding was headed against the Willand crossbar by Zack Kotwica and the quickest to react was of course HARRY WILLIAMS who netted his 10th goal of the season in an excellent start to the 2022/23 campaign as he headed the ball past keeper Burton who got a hand to the ball but could only help it into the net. 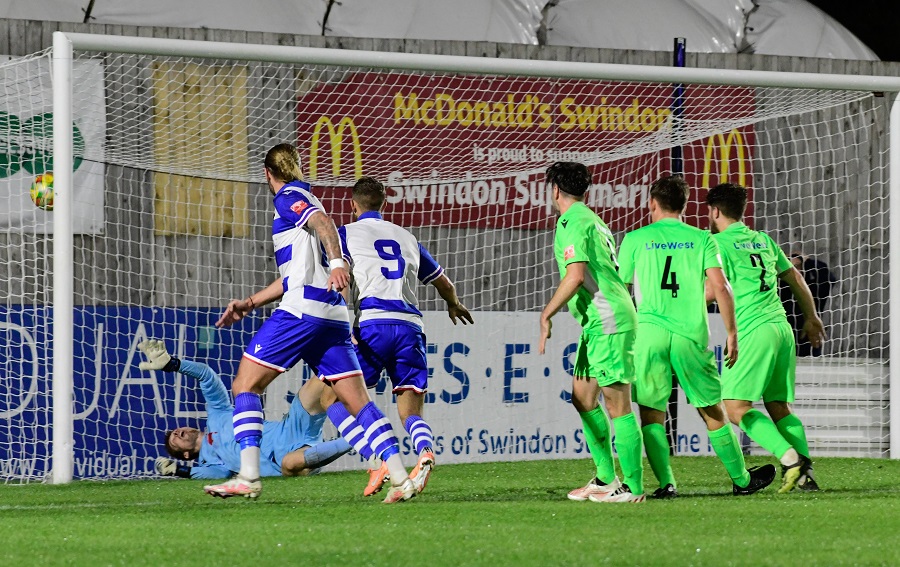 Williams came close to adding to his tally from another cross but could only flick the header wide. Willand were putting on a spirited response to going behind and were not sitting on their laurels in trying to get back into it. Jamie Hearsey replaced Jack Winsor for the visitors early in the second period and Marine came out all guns firing with Williams again poking the ball wide from close in. But the visitors were giving it their all. Jamie Edge had to put in a vital late challenge to deny a goal scoring chance and then the ball had to be cleared off the line by Sam Turl from a corner on fifty-five minutes. 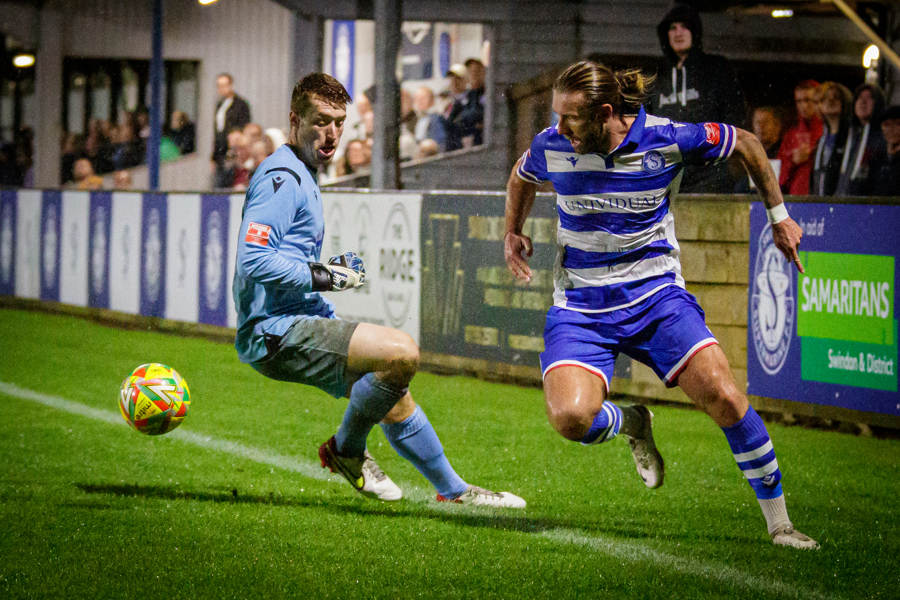 Minutes later Leon Morrison just headed over from a corner before Marine made their first sub on the hour. George Dowling having given his all, was replaced by Tyrone Duffus with skipper Mat Liddiard moving into the midfield to allow Duffus to in the centre of defence. A dangerous cross from Henry Spalding almost snuck in at the back post but no one could force it home. Josh Baker the replaced Lewis Hill as Willand made their second change before Harry Williams hit another chance which deflected wide of the mark. Willand skipper Kieran Bailey went into the book for a foul before Tyrone Duffus got on the end of the free kick but hit it high and wide. 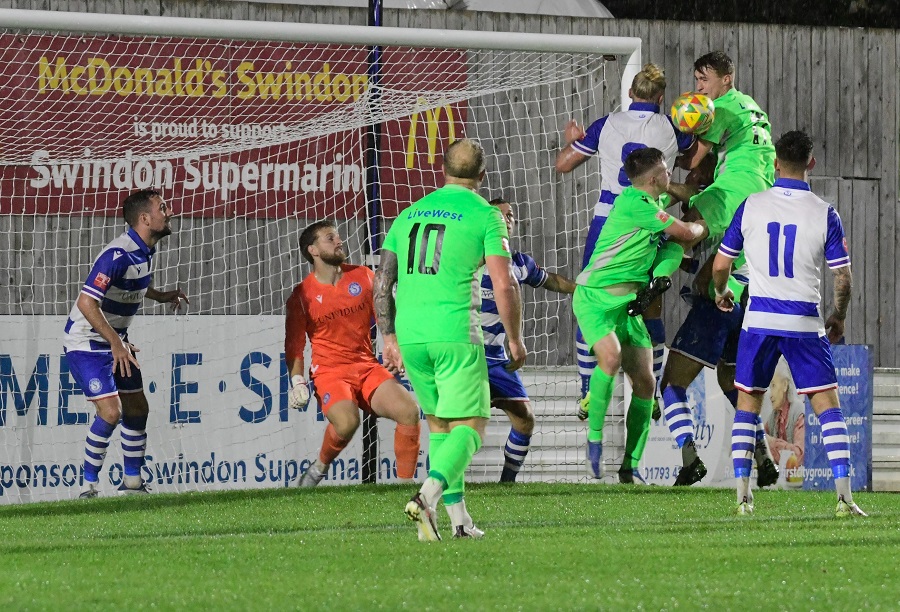 James Harding came on for Conor McDonagh with twenty minutes to go and promptly went into the book for a dubious foul that looked to everyone as though he was fouled and the Willard player ws the offender. Josh Baker and Josh Searle soon followed him soon into the referee’s book after fouls on Sam Turl and Zack Kotwica respectively. Kotwica and Harding’s late efforts could not add to the score and despite the visitors pushing everyone up top they could not break down the impressive Marine back line and in particular, the excellent Connor Johns who was perfection in his handling on the day despite the wet surface. 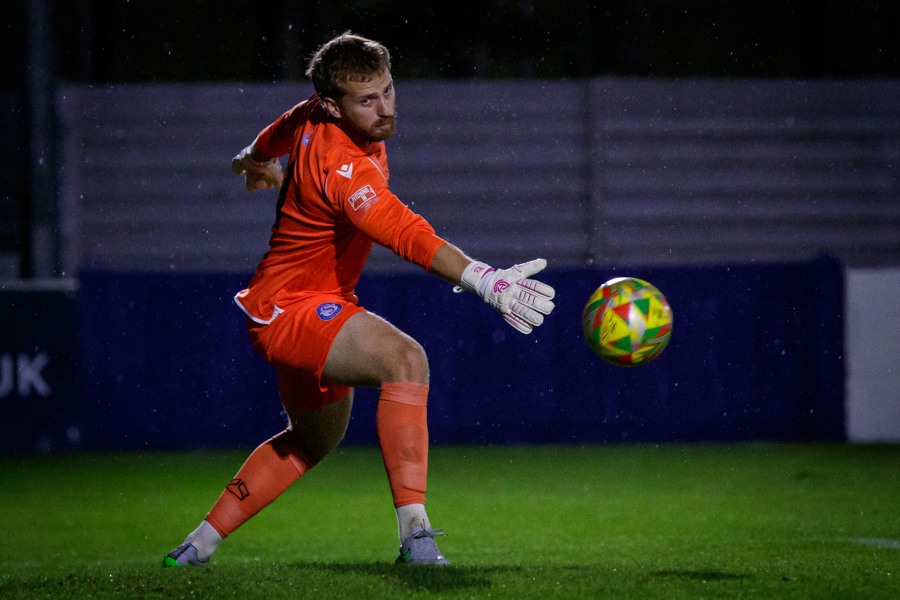 So, it was Marine who edged through to the next round with Jamie Edge being awarded appropriately the man of the match for an excellent shift where he literally gave his all. Marine will now face Dorchester Town at home in the second qualifying round. This game and indeed the weekend fixture were both played in great spirit, with both sides getting the ball down and playing good football. A credit to the competition. Good luck to Willand Rovers for the rest of the season. If they show this kind of performance in Division One South, they are sure to do well, and we hope they do! Lovely people, lovely club. Also credit to the three officials tonight. Relatively unfussy and managed the game very well without a need to be overly involved but issuing cautions when required. Well done!

Next up a long trip down to Bolitho Park and Plymouth Parkway on Saturday. See you there!