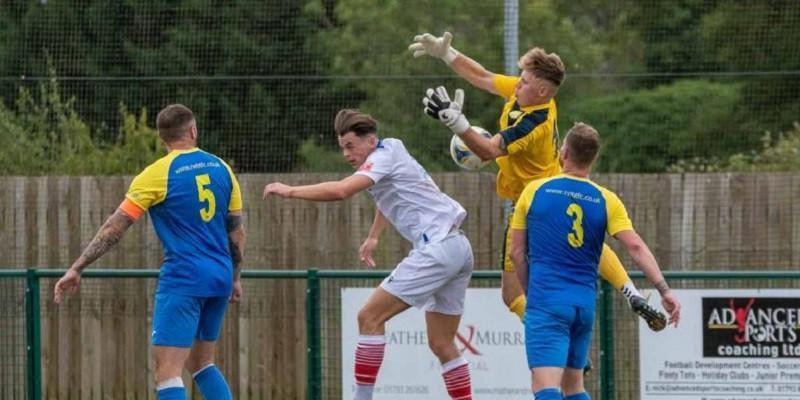 MARINE END PRE-SEASON IN SOME STYLE

Marine travelled to Hellenic League Premier Division side Royal Wootton Bassett on Saturday to complete their pre-season campaign. With another new trialist starting in midfield the game saw a return to the bench for Henry Spalding after holiday and Tom Sharpe back after sickness, although missing from the squad were George Dowling and Sal Abubakar with slight strains along with Mat Liddiard, Brad Hooper and Wayne Nderemani who were still on holiday. 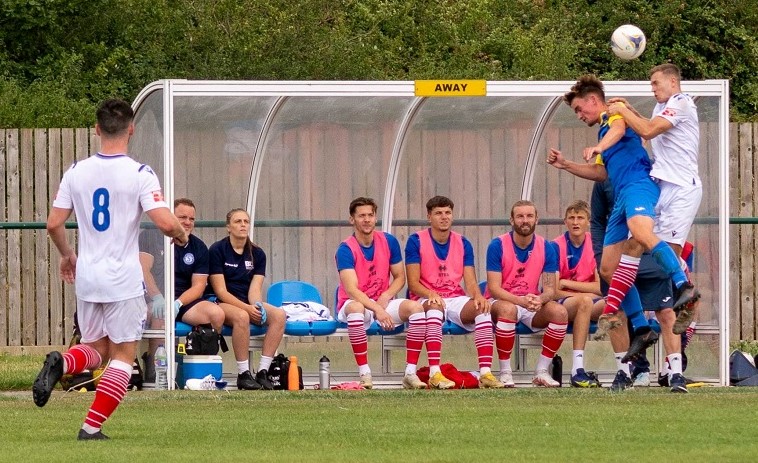 Marine started brightly and Harry Williams saw his early shot saved by the young home keeper James Walker. But on seven minutes he couldn’t keep out the opener, a neat shot towards goal by ZACK KOTWICA appeared to be over the line before James Harding got the final touch. Zack claimed the goal! Ryan Campbell and James Harding had efforts wide of the goal with Marine dominating before the second went in just after the half hour. 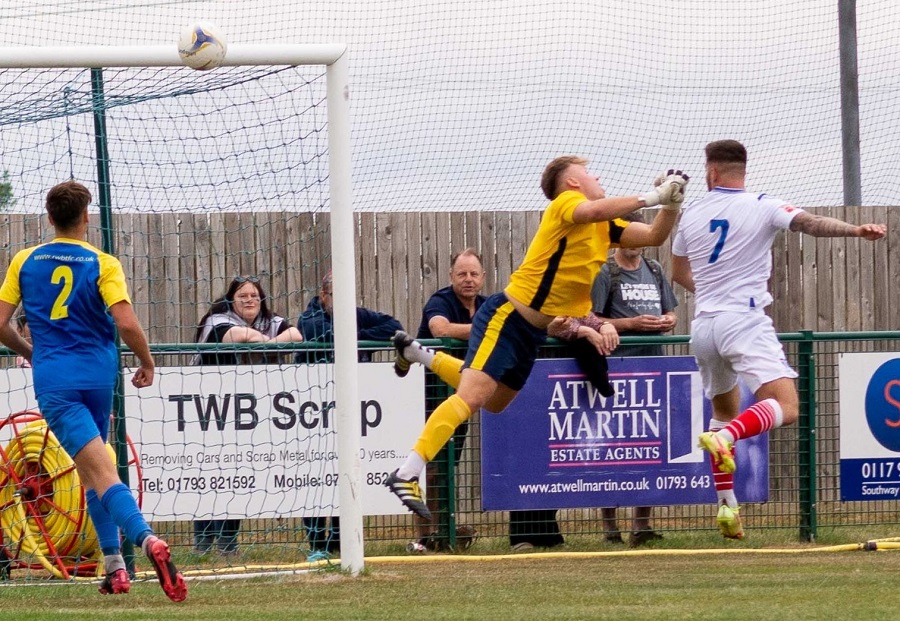 A lovely move and there was no doubt about this one for ZACK KOTWICA. Ryan Campbell’s excellent cross was headed home by the lively forward for 2-0. A clever flick by James Harding almost added to the tally but James Walker did superbly to keep it out before HARRY WILLIAMS made it three right on half time. A serious of passes ended with a neat one-two with James Harding before slamming it into the top corner. Half time its was 3-0 and a solid and effective performance so far. 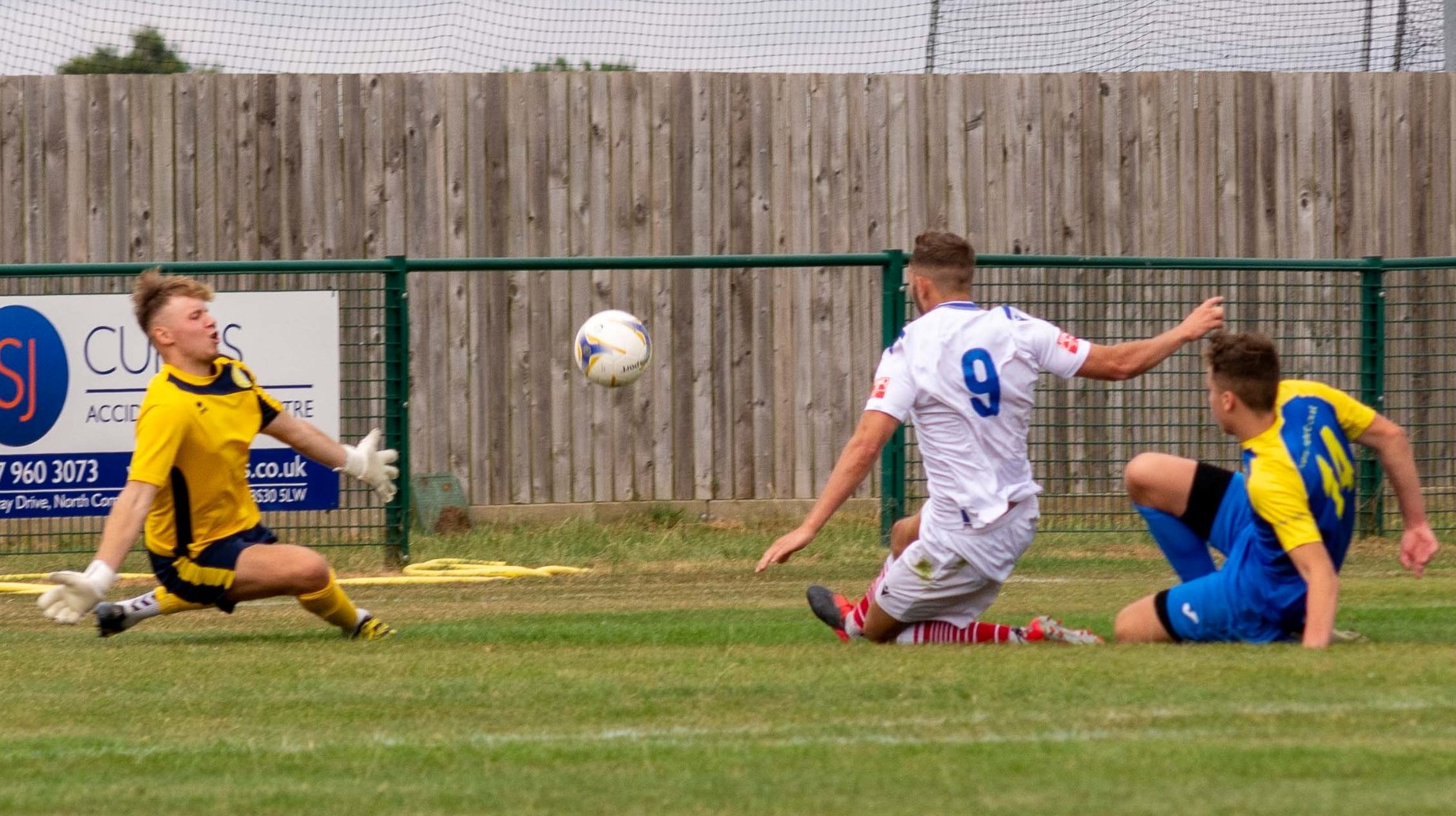 Four changes at the break with Leon Morrison, Jack Stanley, Henry Spalding and Conor McDonagh on for Tyrone Duffus, Sam Turl, Ryan Campbell and Harry Williams. The second period started slowly with Marine dominating possession but not creating much of note. Ryan Campbell re-entered the fray with fifteen to go as he came back on for Zack Kotwica and this prompted a late flurry of action. 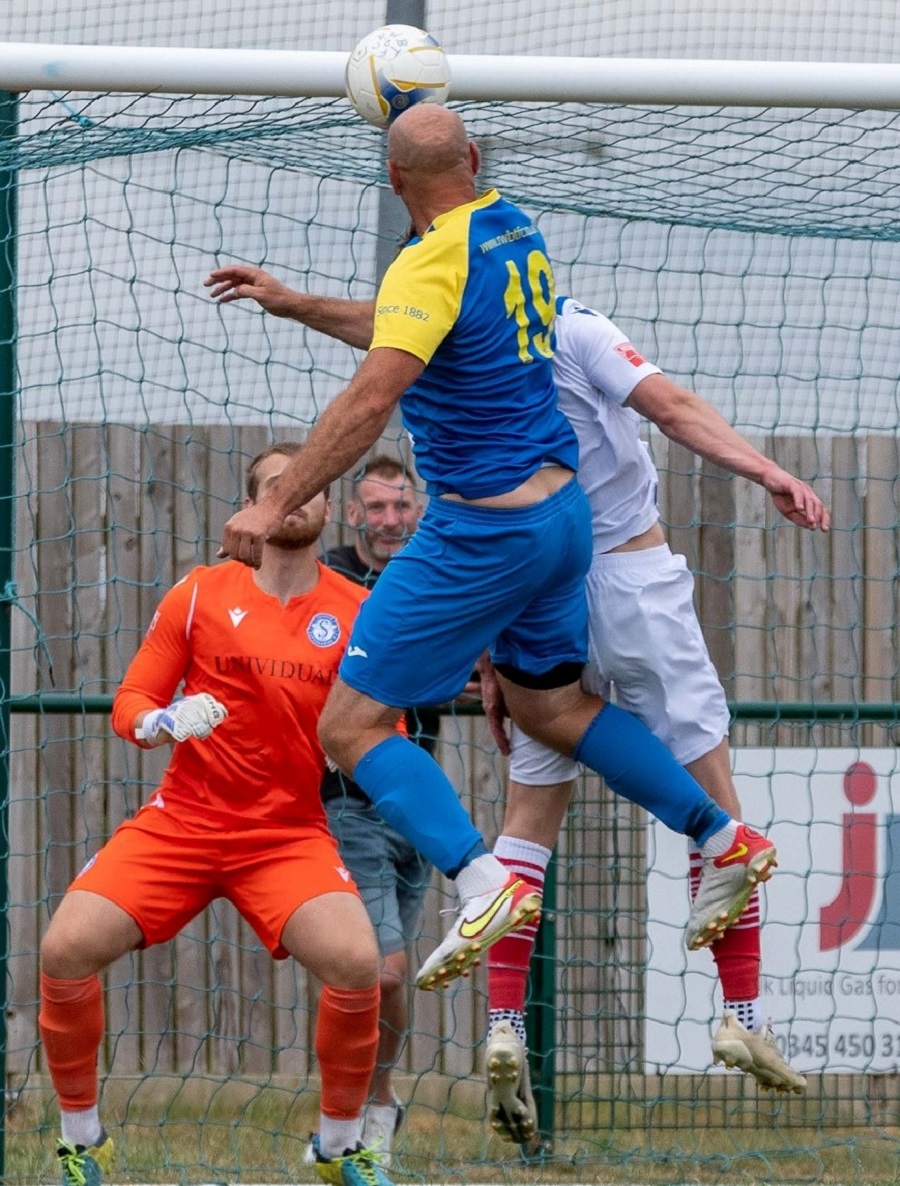 Soon after Conor McDonagh saw his effort tipped onto the post by the impressive young keeper for Bassett. The Marine trialist in midfield followed this up with a fizzing shot that went just wide. And then out of nowhere on eighty-six minutes Bassett grabbed a consolation goal. A deep cross from the right went over the head of defender Jack Stanley and ALAN GRIFFIN was there to head home a trade mark goal at the back post. 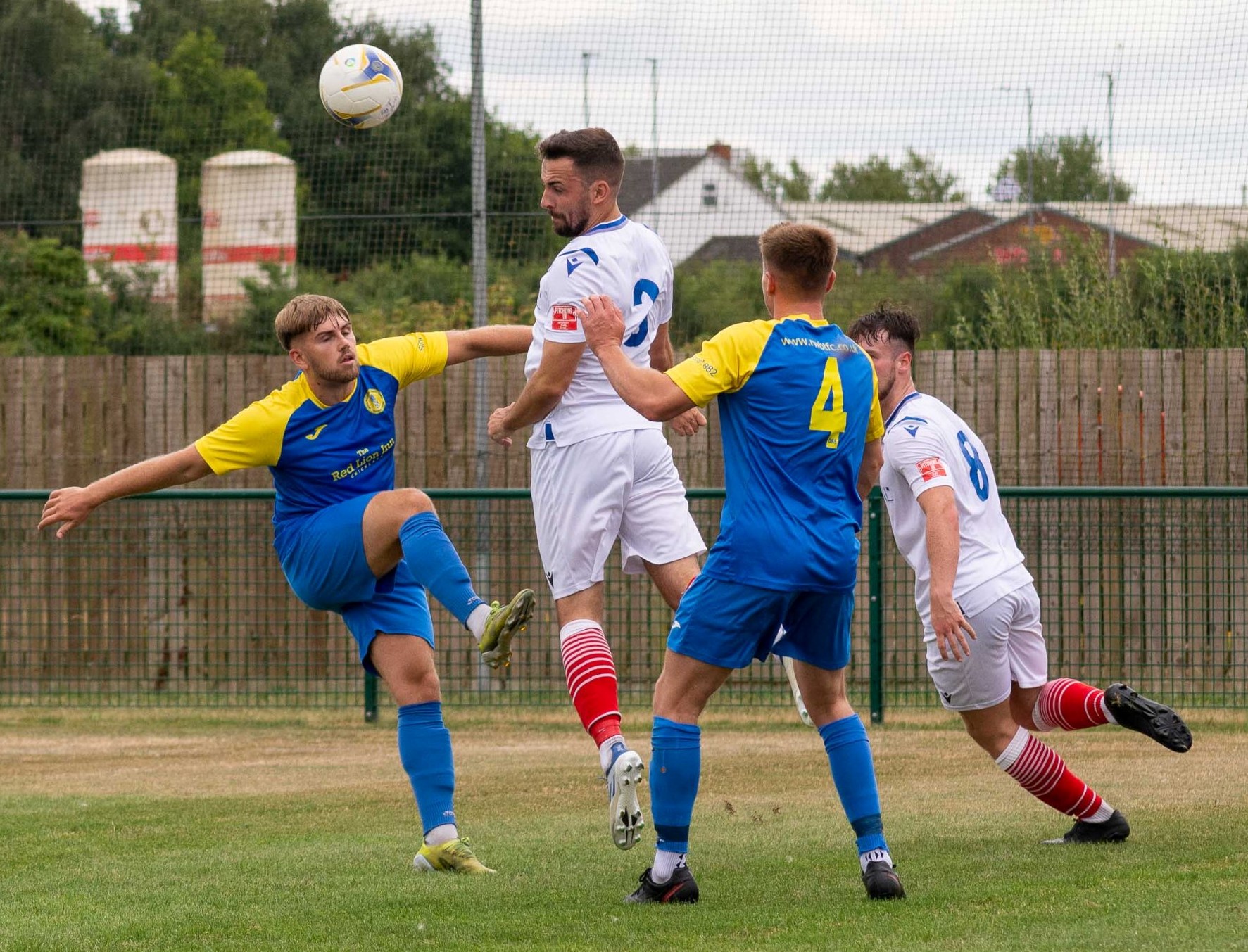 This sparked Marine into life once more. With two minutes left Harding was brought down on the edge of the box. Jamie Edge rolled the free kick a few yards to his right and teed up JAMES HARDING for a shot and he curled it superbly from 25-yards into the bottom corner of the net, an Marine weren’t finished there. With literally the last move of the game Ryan Campbell found CONNOR MCDONAGH in the box and with a neat turn and finish he promptly made it 5-1 to Marine. 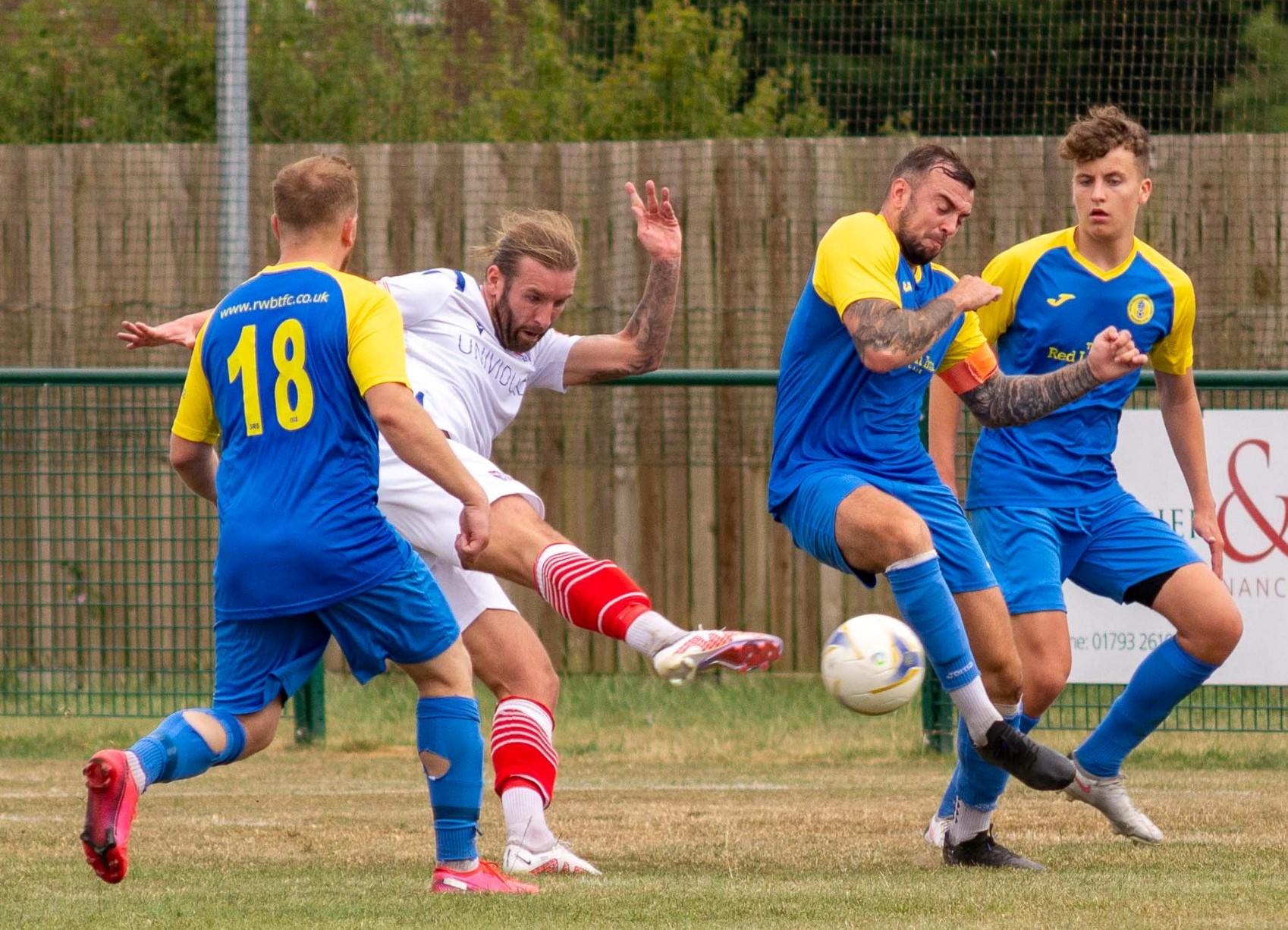 A decent final round out overall, despite some lulls in play on the day. An excellent preseason in total with the side looking ready and lively ahead of the new season with twenty goals scored and three clean sheets over the eight games played. We will see you at Hartley Wintney next weekend as we look to start with three points on the board, please try and get there as we need your support! 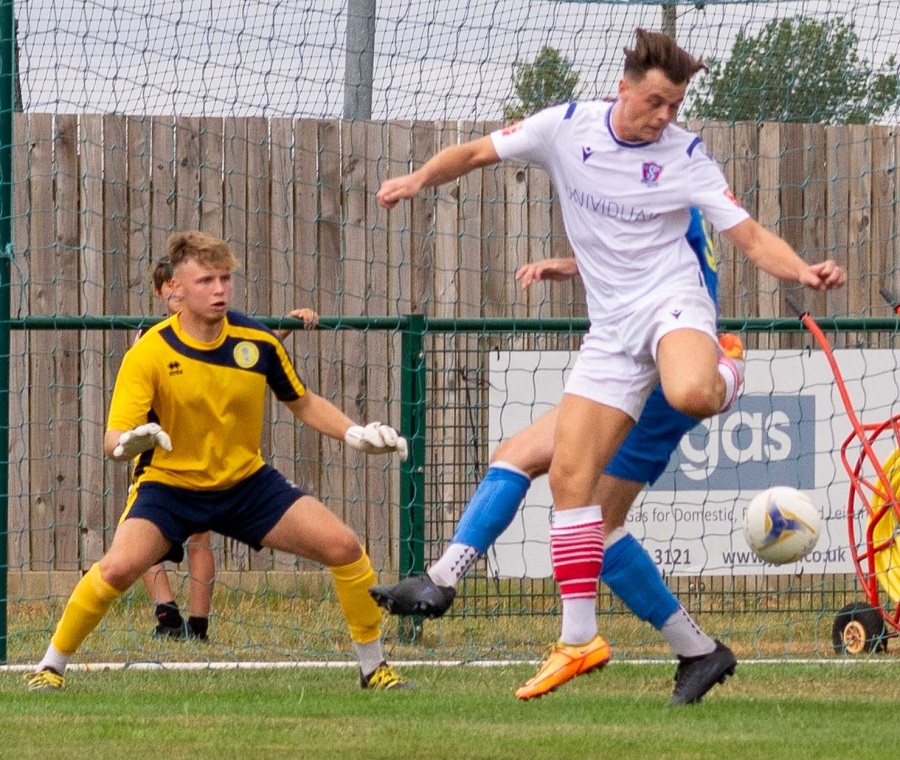 Fans Star man: James Harding for a good centre forward’s display with the full ninety minutes played and an excellent goal from the free kick to round it off.

All the goals
Courtesy of Mike Wray & James Whitlock