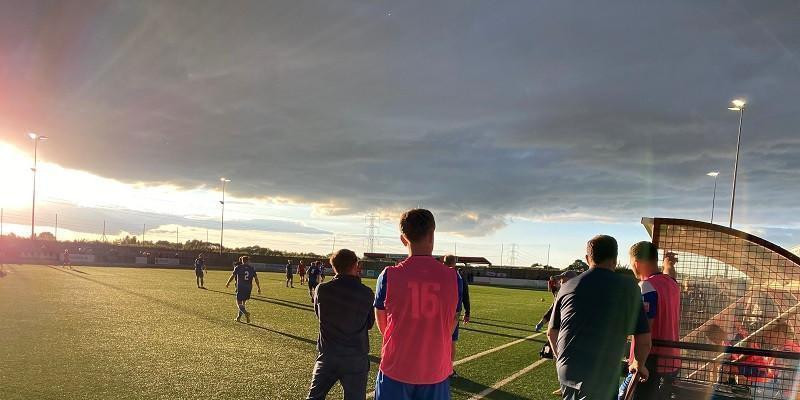 MARINE EASE TO A WIN AT CIREN

Marine got their 30th Anniversary pre-season campaign underway on Tuesday night with a trip to local rivals Cirencester Town of the Southern League Division One. With all of the squad available bar Conor McDonagh and Harry Williams who suffered a slight strain during training Saturday, manager Lee Spalding was able to give all members of the team a runout including a couple of impressive trialists.

The game was a comfortable victory for Marine in the end as they ran out 3-0 winners. They took the lead on 19 minutes after a well worked near post corner saw captain for the night JAMIE EDGE side-footed the ball home from Henry Spalding’s low cross. Four minutes later it was two after HENRY SPALDING found himself with space on the edge of the box and he found the top left corner with perfection. The closest Cirencester came to a goal was when winger Jordan Lymn hit the crossbar from the edge of the penalty box with Marine keeper Connor Johns beaten.

The second half saw multiple changes on both sides meaning the game became a little scrappy but Marine deserved a third and it promptly arrived with a minute to go. After a neat one-two between Ryan Campbell and James Harding, Campbell powered forward to set up one of our two trialists who took his opportunity well to rifle the ball past the keeper and into the bottom corner of the net for a 3-0 victory.

A satisfactory evening, minutes in the legs, practice on the alternative surface and everyone getting a good run out. Next up the big Swindon derby at the weekend with Swindon Town coming along to the Webbswood Stadium.

Star man: Zack Kotwica who was lively all game the whole 90 minutes.
Attendance: 127