JOY AT LAST AS NEW BOY PHILLIPS MAKES HIS MARK

Marine were back at the Webbswood Stadium this Saturday as they entertained Dorchester Town, who were under a new management team of Glenn Howes and James Wood and were looking to end their recent winless run in the league.

Manager Lee Spalding brought back Conor McDonagh to the front line having missed the midweek game, with Keiran Phillips on loan from Bristol Rovers making his debut alongside him. Jamie Edge missed out with a one match suspension and Pierce Mitchell returned on the bench after missing a couple of games through injury. 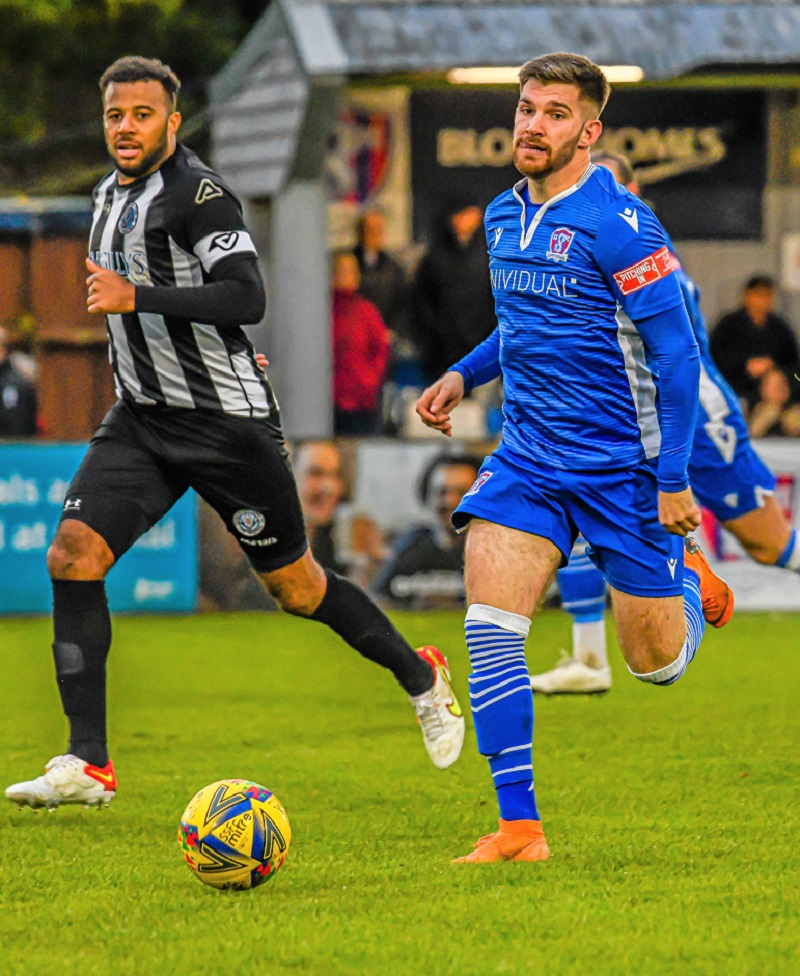 The hosts were quick out of the trap setting a lively early pace. A cross was cleared to Zack Kotwica who smashed the ball against the post with Frankie Artus following up but the shot was well blocked. Kotwica broke away again on 10 minutes but his effort was over after cutting inside. 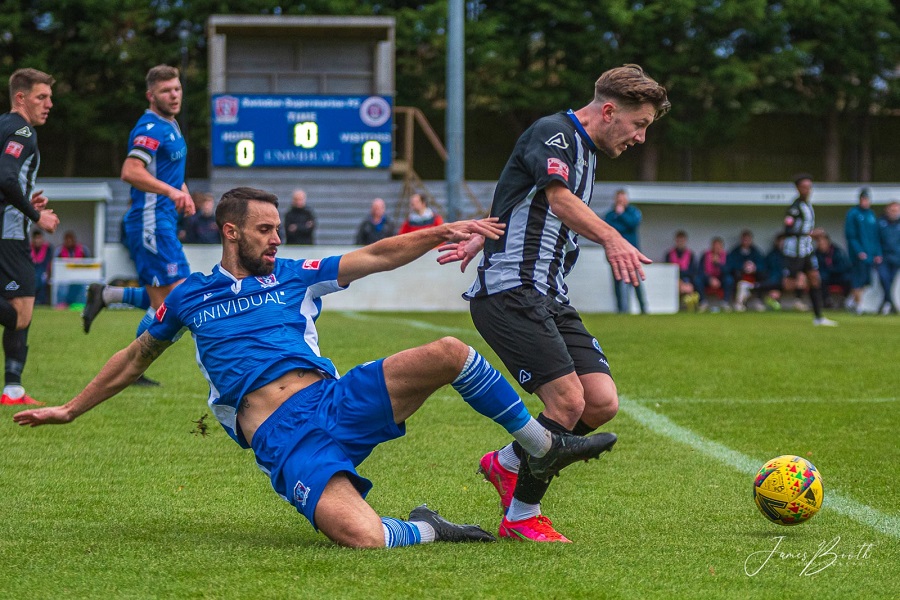 It took nearly 20 minutes for the Magpies to register their first attempt at goal, a tame effort from defender Charlie Madden which fell tamely into the hands of Martin Horsell. Visiting keeper Harrison Lee was nearly left red faced after he dropped a through ball but managed to grab control at the second attempt before Kotwica could capitalise on the mistake. Approaching the half time whistle Marine were comfortable stroking the ball around well but unable to really break through the Dorchester Town backline and the teams went in all square at the break. 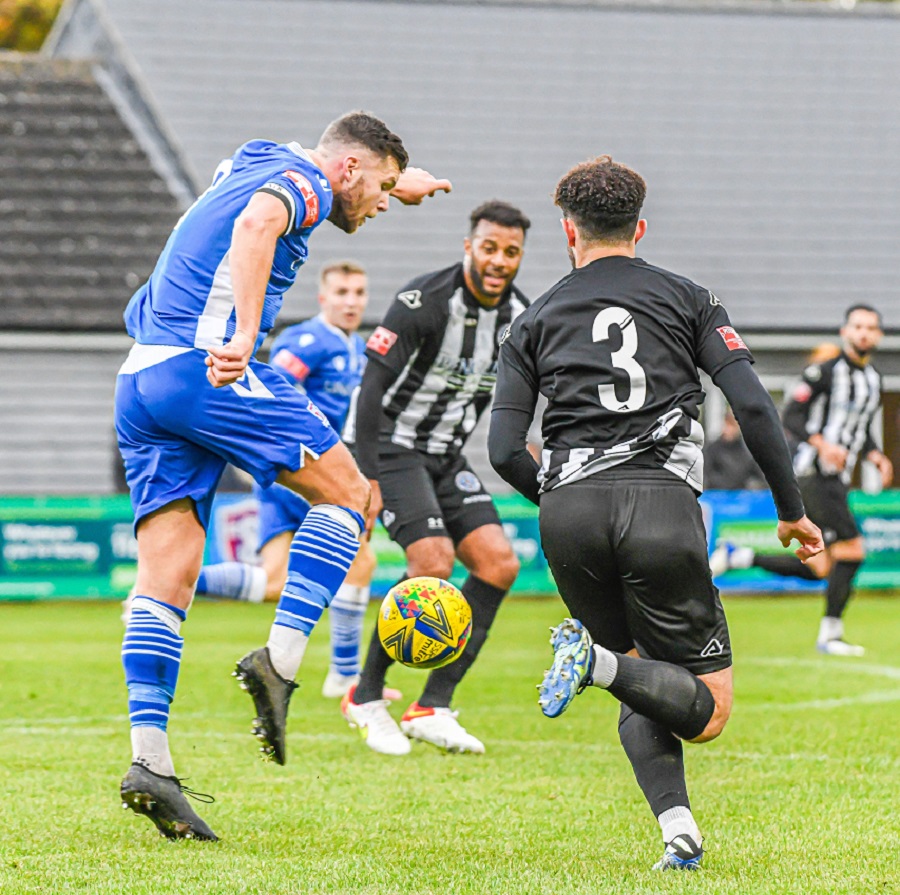 The second half was different however and Keiran Phillips was starting to find his feet. Just after the restart he drove at the defence before striking a vicious effort just over the bar, but on three minutes later the deadlock was finally broken. Conor McDonagh collected the ball in midfield and took on a couple of defenders before playing KIERAN PHILLIPS in on goal. He timed his run to perfection before prodding the ball past the keeper Lee to open his account much to the delight of the local contingent. 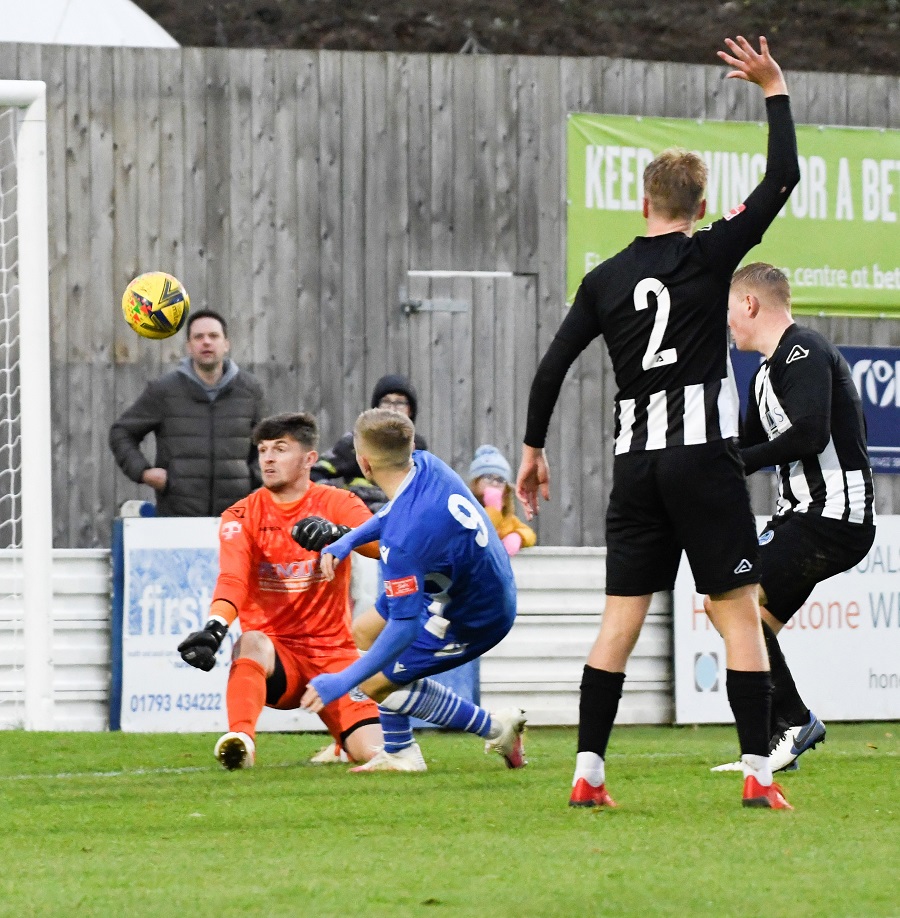 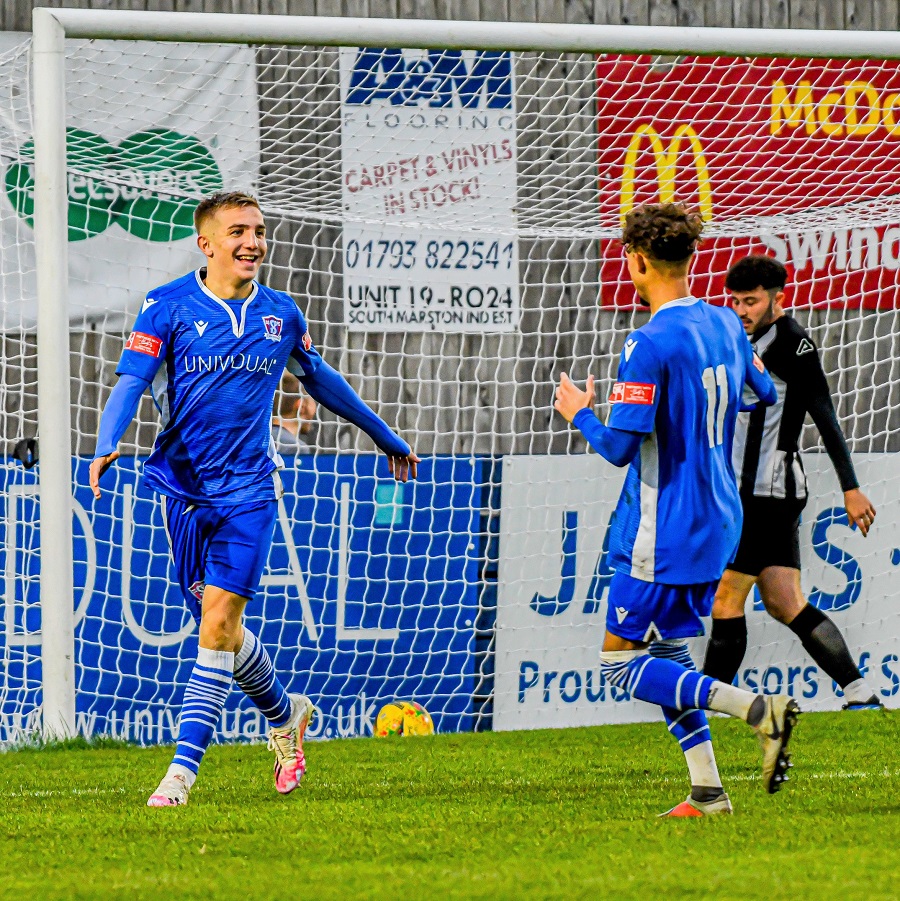 Dorchester tried to respond quickly and Martin Horsell was down bravely to deny a visiting attack. Keiran Phillips and Kotwica linked up well on fifty-five minutes but Kotwica couldn’t get his feet right at the end and passed the ball wide of the post with just the keeper to beat. Conor McDonagh then had a powerful effort from outside the box just pushed past the post and from the resulting corner Tyrone Duffus got on the end of the cross but just poked it wide. 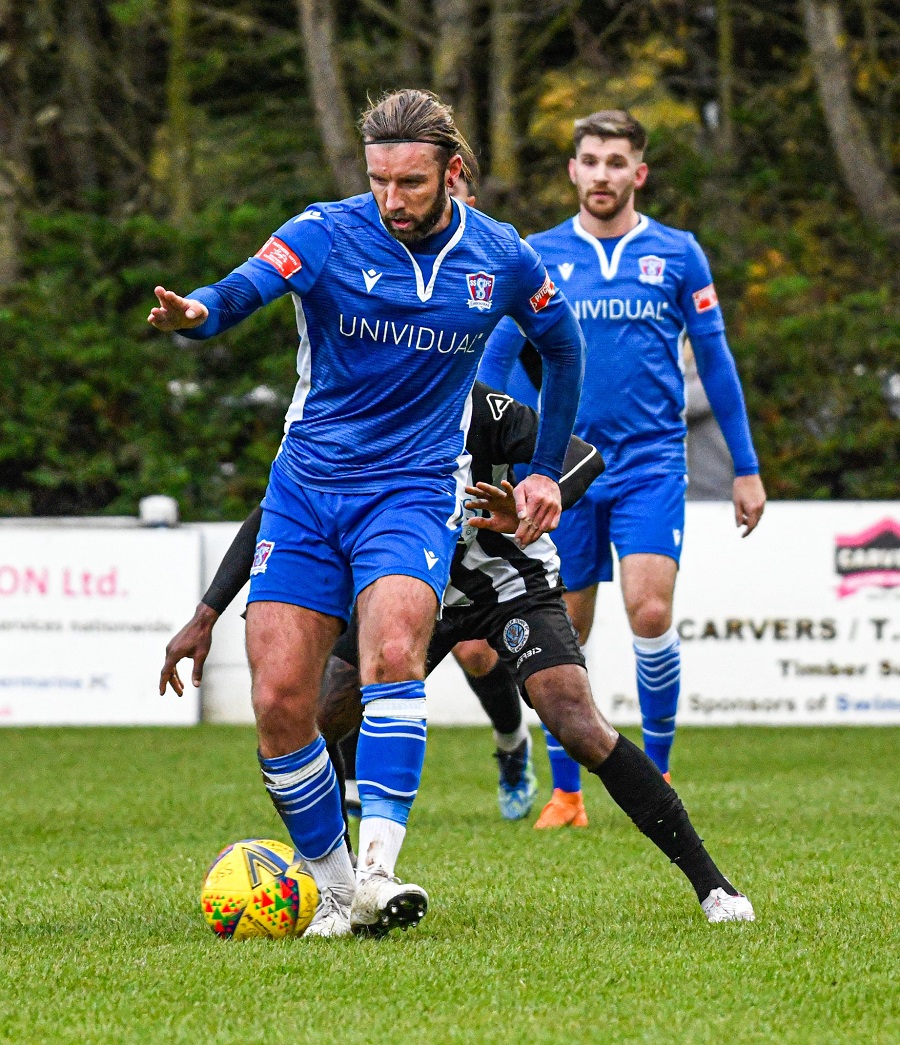 Keiran Phillips was now looking confident and struck an accurate effort at goal on the hour which was well saved. Conor McDonagh was proving to be very mobile up top and was unlucky not to double the scoreline when his effort was blocked by the keeper onto the post. Martin Horsell was alert when required especially as Dorchester went all out near the end taking another bang to the chest when saving a ball in but Frankie Artus made a match saving block with five minutes to go, superbly sensing the danger. Despite the late pressure from Dorchester Marine saw themselves over the line to finally pick up the win with the defence excelling all day.

Next up back to League Cup action with a Home game against Melksham Town on Tuesday night.