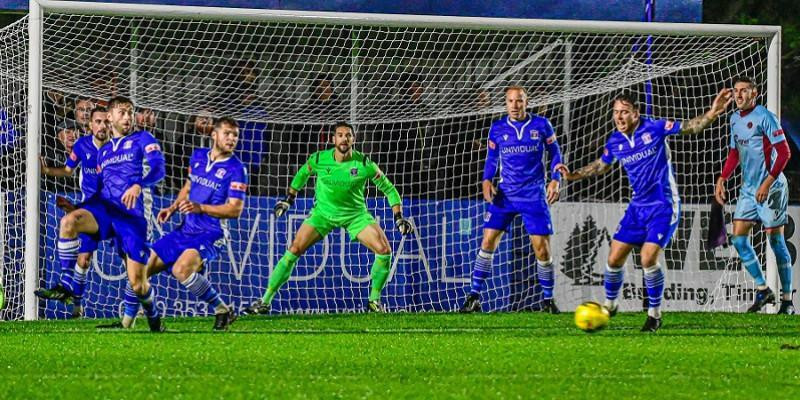 MARINE THE WRONG SIDE OF A ONE GOAL SCORELINE AGAIN

Swindon Supermarine returned to the Webbswood Stadium on Tuesday night as they took on in-form Taunton Town. Manager Lee Spalding made a couple of changes to the team line up with Brad Hooper returning in midfield, Jamie Edge’s dropping to the bench and Zack Kotwica coming in up top. 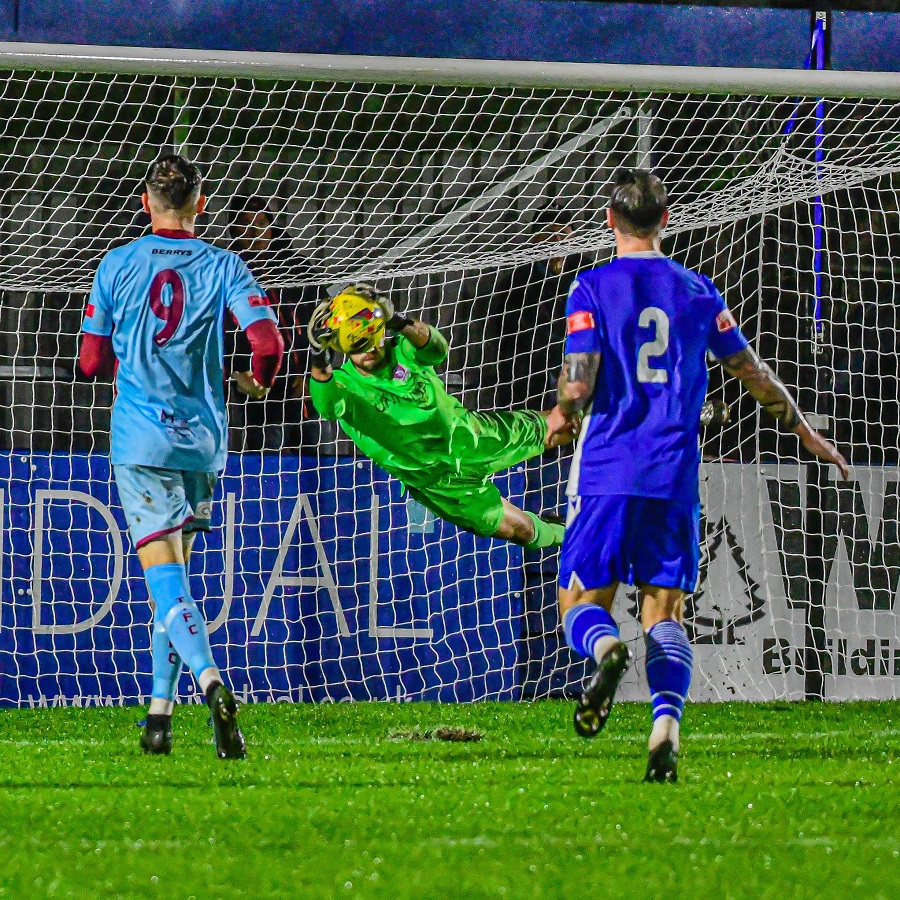 Marine looked bright early doors and a strong run and shot from Ryan Campbell brought a good save from visiting keeper Will Buse. Both sides took a while to adjust to the soggy, wet and windy conditions that prevailed all evening. Taunton began to up the pressure as the half drew on but the hosts were defending stoutly to prevent any real chances but Joe Guest became the first man in the book just before the half hour. A whipped in free kick whizzed past the post from Jay Foulston before Ryan Campbell hit a similar effort soon after and the half fizzled out with a free kick into the wall by George Dowling. 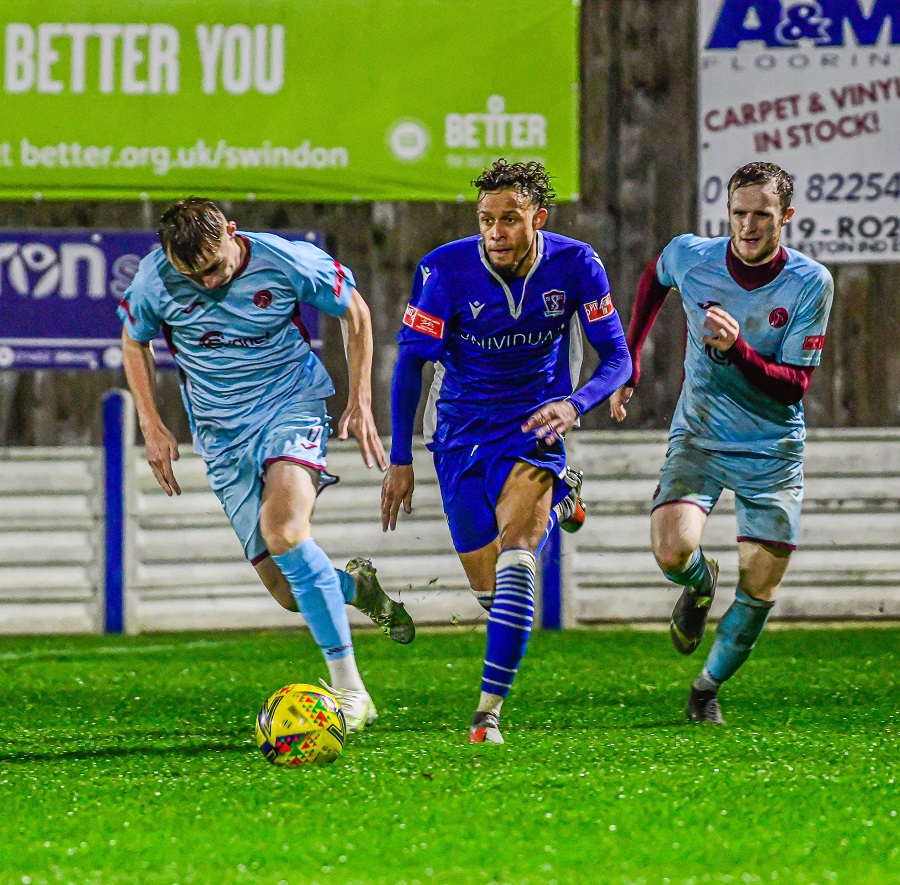 Into the second period and once again Supermarine looked lively in the early stages. Just two minutes into the restart and Marine had the ball in the net. A cross from the left by Henry Spalding was flicked into the goal by the head of David Pratt but the joy was short lived as the linesman flag went up. A very tight call and Pratt has now had four goals ruled out this season for very close decisions. Pratt continued his good start to the half running well into the space to be fed by George Dowling but he couldn’t get his feet sorted in time and the chance was put wide. 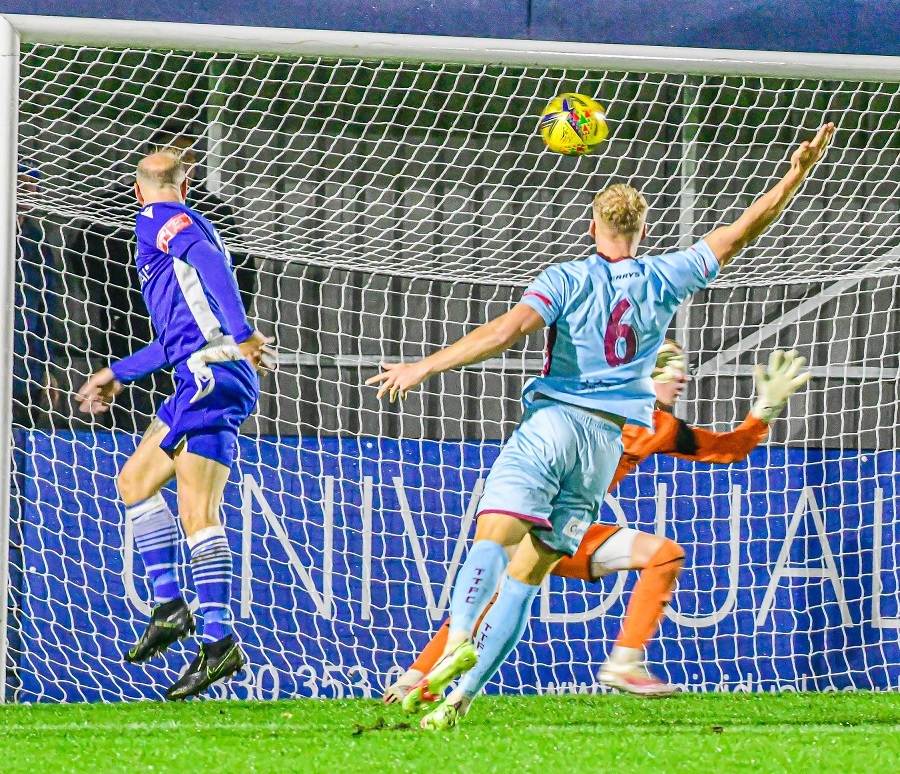 Then the sucker punch. From a Marine throw on the right the ball was won by the visitors, a neat flick was seen by Tyrone Duffus got in a tackle but the ball fell to top scorer TOBY HOLMES in front of goal who completely scuffed his kick and the ball looked as though it came off his heel? The tame shot wrongfooted keeper Martin Horsell in the home goal and Lewis Hall on the goal line as the ball trickled into the corner of the net, it was a bit fortunate but on 53 minutes Taunton had the lead. 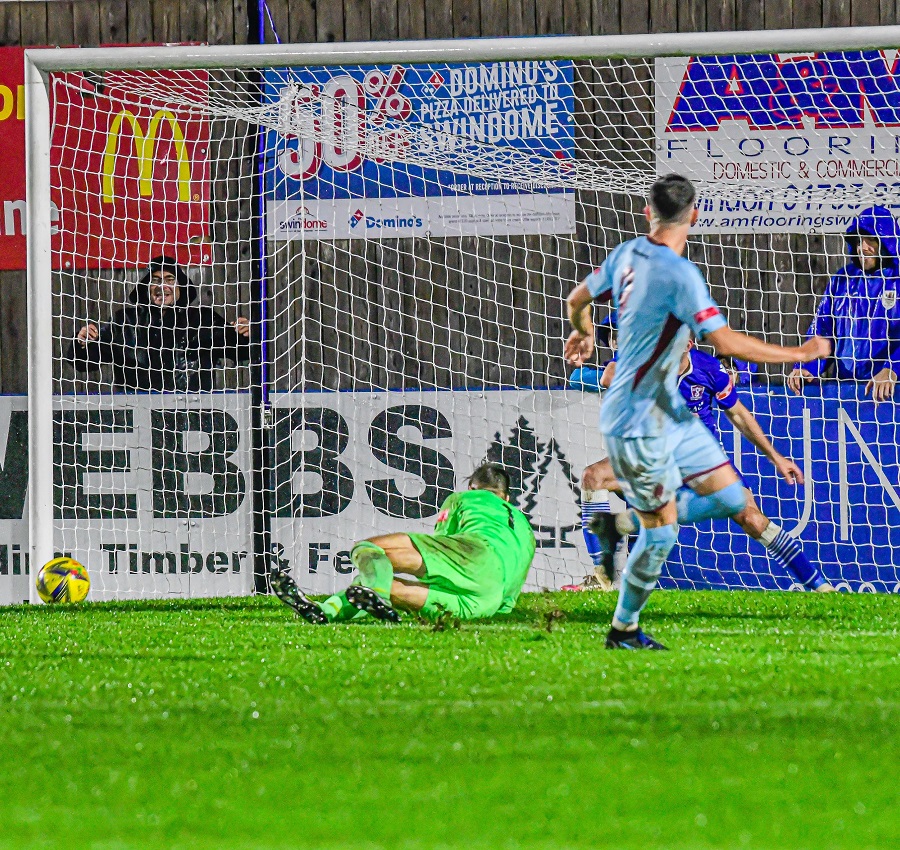 Jamie Edge replaced George Dowling on the hour and Taunton’s Ollie Chamberlain was booked soon after for a late challenge on Hall. Both teams weren’t creating any chances at either end for each side with Edge the latest into the book for a trip which seemed a tough call. Manager Lee Spalding brought on Pablo Haysham and Chris Zebroski into the fray for Henry Spalding and Zack Kotwica but it failed to make the impact needed. 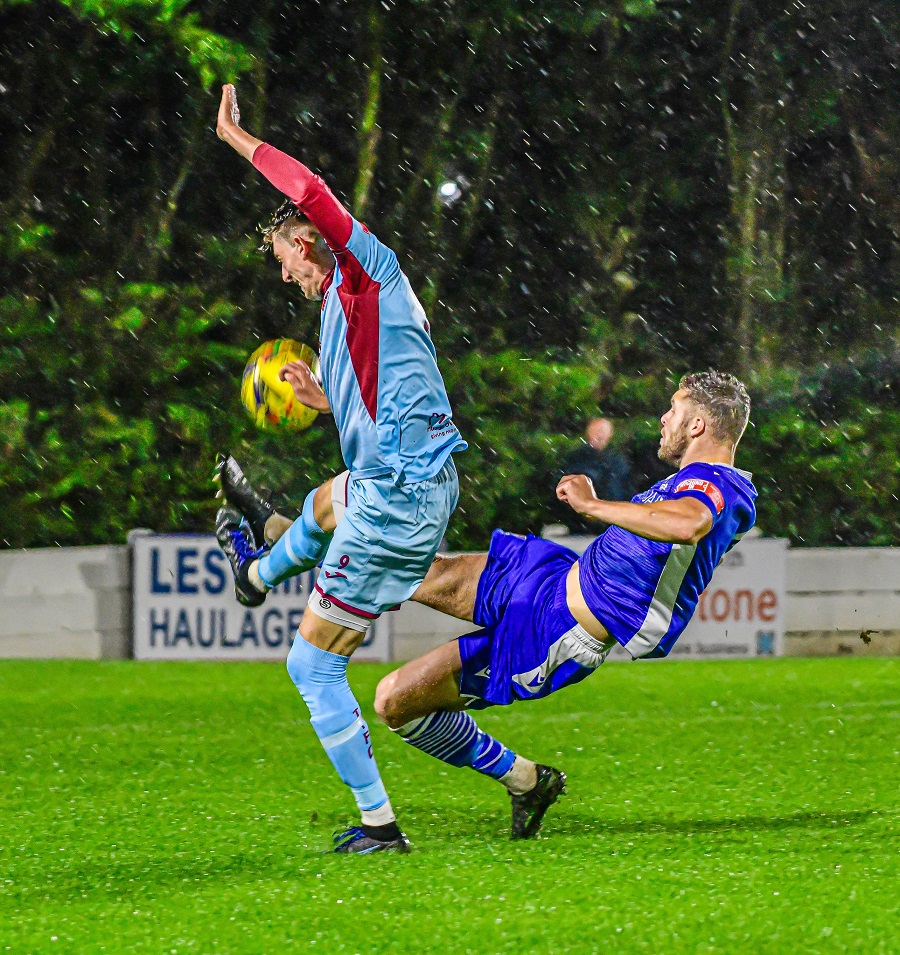 The only real chance from then on fell to Taunton substitute Jack Veale whose deflected effort was superbly tipped on to the bar by Martin Horsell and Lewis Hall cleared. Taunton who seemed content for the last half hour of the game to keep what they held eventually saw a yellow card for Toby Holmes for encroaching at our freekick by with minutes left on the clock. Only four extra minutes were added which seemed a tab short considering all the time wasting antic’s that the Taunton players portrayed but Marine had been undone once more by just a single strike. 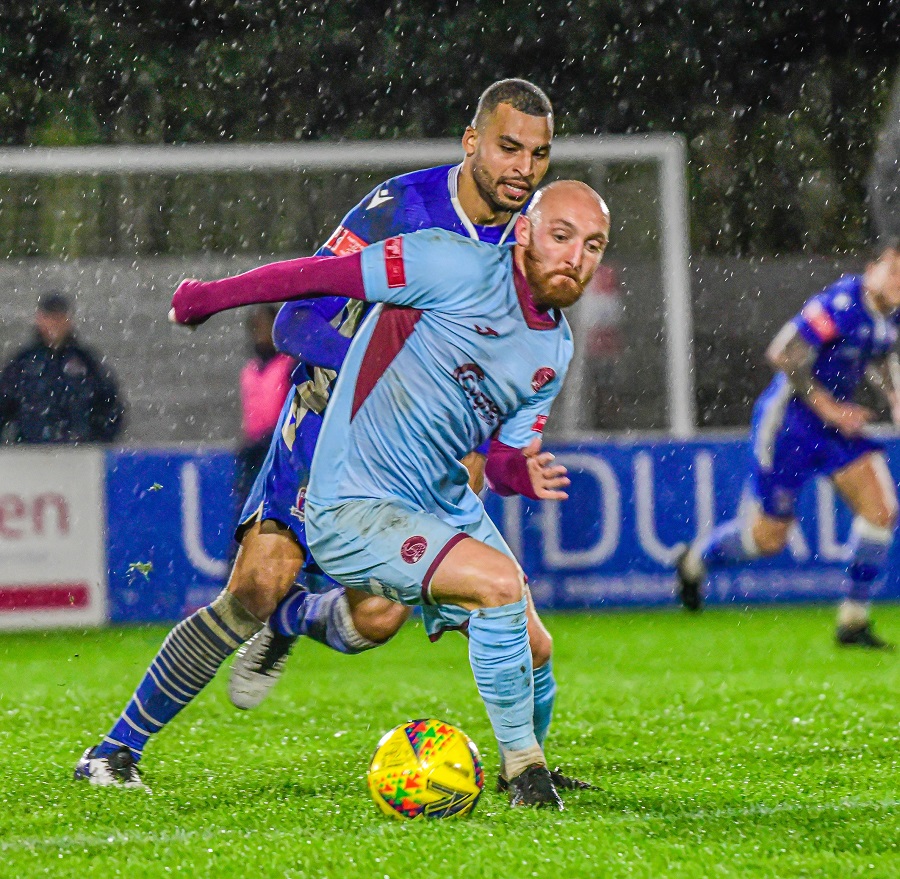 Whilst not playing at their best creatively it was a strong defensive showing against one of the League’s top scoring teams and one which undoubtedly would have given a clean sheet on most other days. However having now played the majority of the sides in the top half from Saturday results will need to be forthcoming as effectively we move into a period of games against teams that are lower in the league. On the plus side the table is still very tight and a run of wins would lift us right back in there. Lets start on Saturday at Hartley Wintney!

Video's from the Taunton Media Team