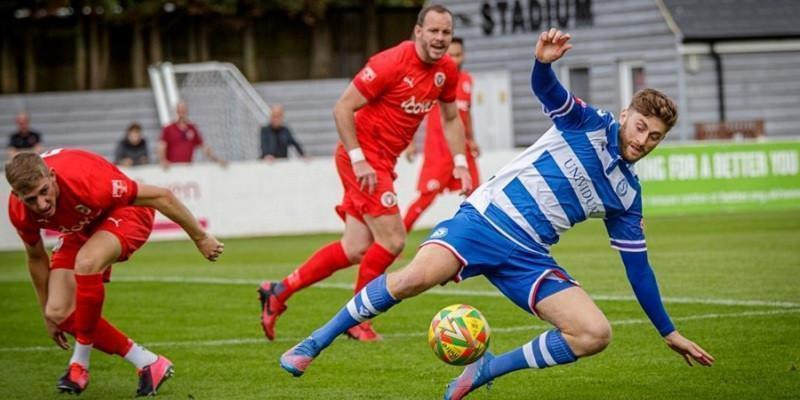 DEADLOCK WITH THE RAMS

Marine took on the Rams of Beaconsfield Town on Saturday afternoon looking to keep up their excellent winning home record. There was just one change to the starting line-up with hot shot Harry Williams back in replacing Conor McDonagh. Louis Spalding was back for a second spell with the club and came in on the bench. 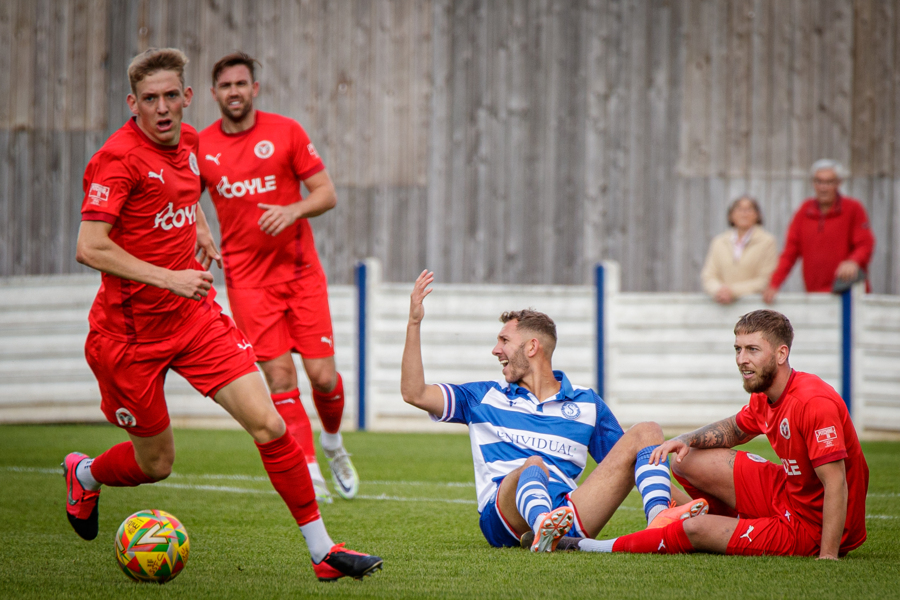 The visitors made the better start with a direct game looking to get their dangerous forwards into the match. It was going to be a busy day for the back four! But after soaking up the early pressure Marine were having some attacks of their own and forced a string of corners. From the second one the ball was cleared out to the edge of the box and there was midfield BRAD HOOPER with a wonderful strike from the edge of the box to give Marine the lead, Brads first goal of the season. 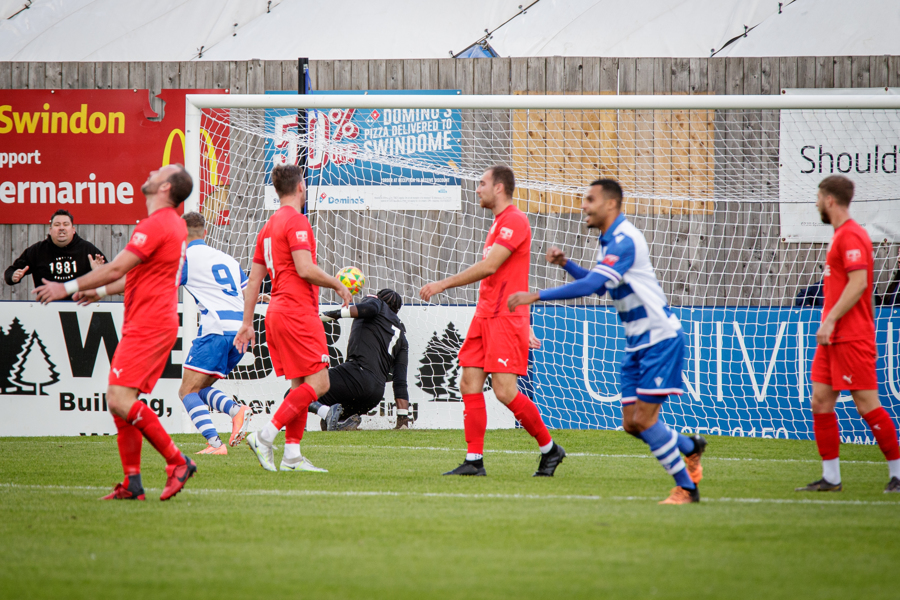 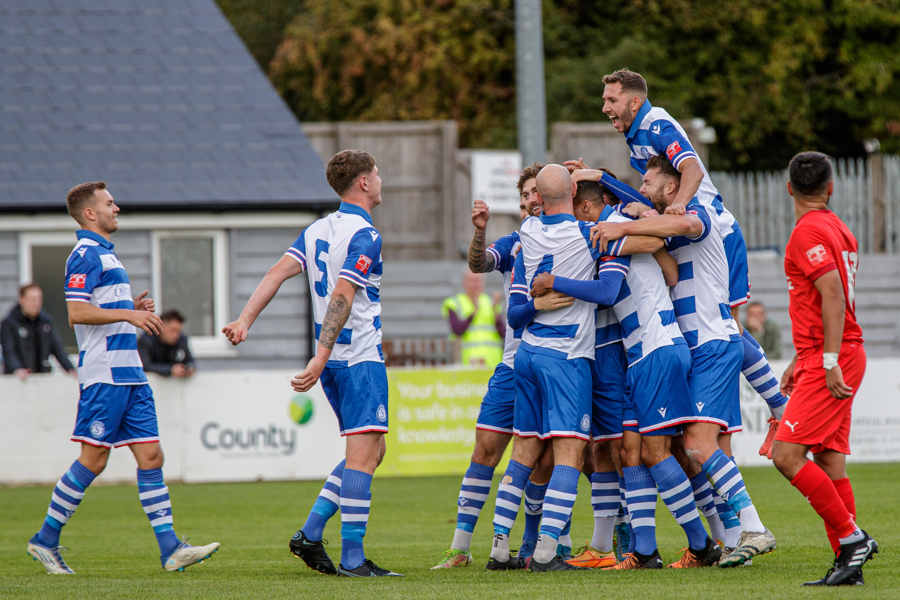 The visitors responded well with Nathan Minhas fully stretching Connor Johns in the home goal. Tyrone Duffus landed badly on seventeen minutes and dislocated his shoulder, which popped back in as he walked back to the changing rooms but replaced by Louis Spalding with Sam Turl moving back to his more usual right back spot. 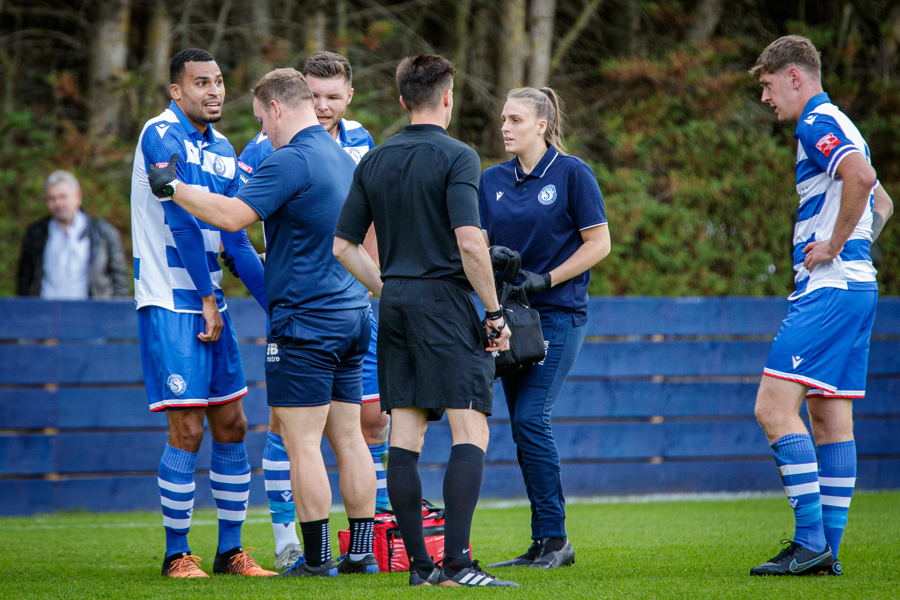 Zack Kotwica had an effort well fielded by R’Avan Constable in the Beacosnfield goal. Just after the half hour Henry Spalding broke through the back line but dragged the chance wide but the Rams were upping the pressure and with a classy bit of skill AARON MINHUS got the better of the Marine defence and with the help of a slight deflection off Leon Morrison he slid the ball wide of Connor Johns for the leveller on forty minutes. Kyel Reid, who showing all his experience and skill, was booked right-on half-time whistle for a high boot that caught Sam on Turl on the head as a hard fought and evenly matched half came to an end. 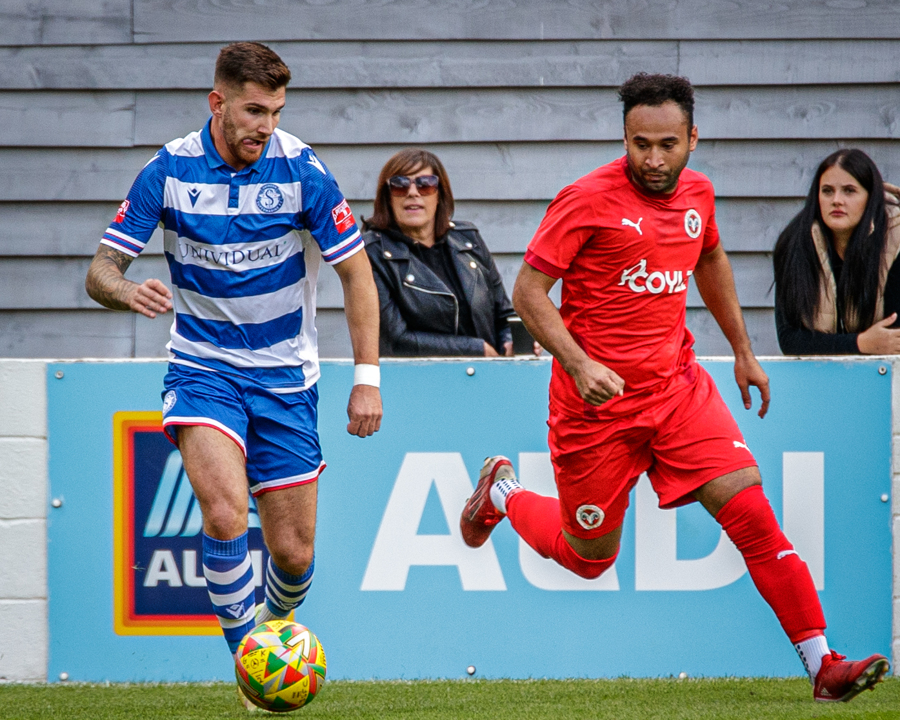 Louis Spalding the next in the book for pulling Beaconsfield’s Tobi Little back on sixty-one minutes before Aaron Minhas followed him a couple of minutes later, again for a late challenge on Sam Turl. On the hour manager Lee Spalding opted to change it up to try and break the deadlock with Ryan Campbell and Conor McDonagh on for Zack Kotwica and James Harding. Marine were having a better second period and came very close on sixty-six minutes when skipper Mat Liddiard’s header was punched off the line by R’Avan Constable in the Beaconsfield goal. Within a minute another cross from Henry Spalding saw a Harry Williams header go just inches wide. 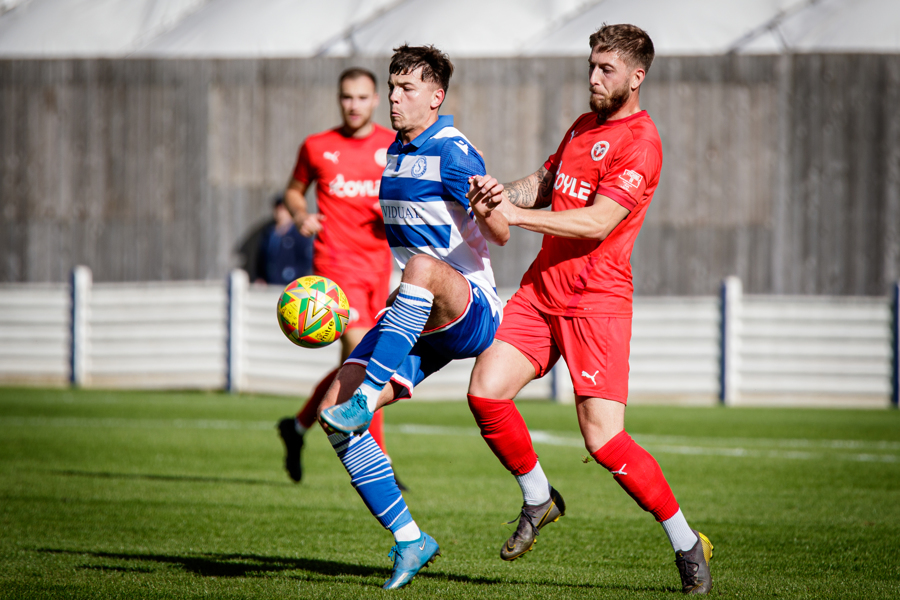 Connor McDonagh was providing a different threat up top, and Callum Webb could do nothing but hold on, earning him a booking on seventy minutes before another good chance for Henry Spalding as the keeper dropped the ball but his effort went over the top as he cut inside for a shot. Beaconsfield upped the pressure towards the end of the match as they tried to sneak a late winner but great defending from the superb back line of Sam Turl, Mat Liddiard, Leon Morrison and Luis Spalding couple with some late brave and effective goalkeeping from Connor Johns kept out the late rally with some solid defending. 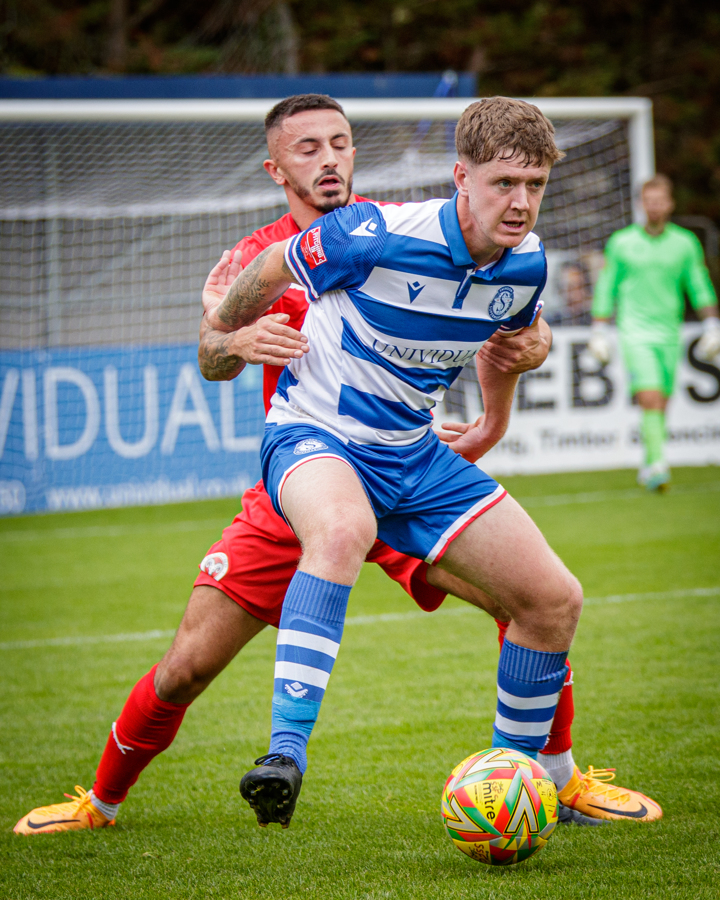 In truth the two sides were well matched and both sides will be content with the point, neither deserved to lose. The point was enough to keep Marine unbeaten at home this season and moved them up to third in the early table after eight games, but a tough test awaits on Tuesday night when they visit table toppers Weston-super-Mare.