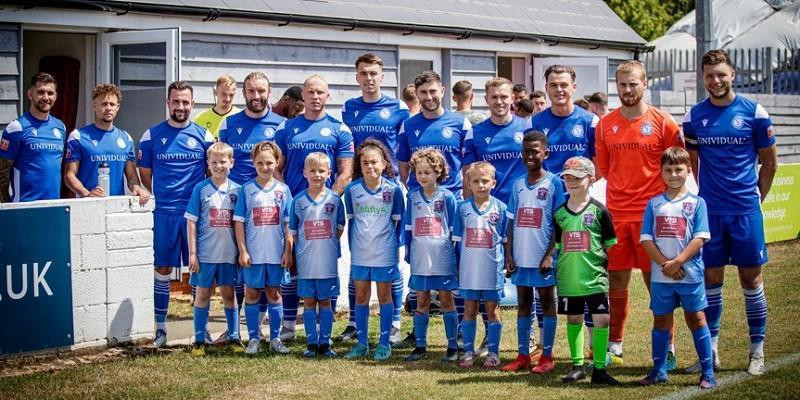 Marine played their second game in less than 24 hours when they entertained newly promoted EFL1 side Forest Green Rovers at the Webbswood Stadium on Saturday afternoon. Manager Lee Spalding made a few alterations as expected from Friday nights starting eleven with Lewis Hall, Tom Sharpe, George Dowling and James Harding all coming in from the start. 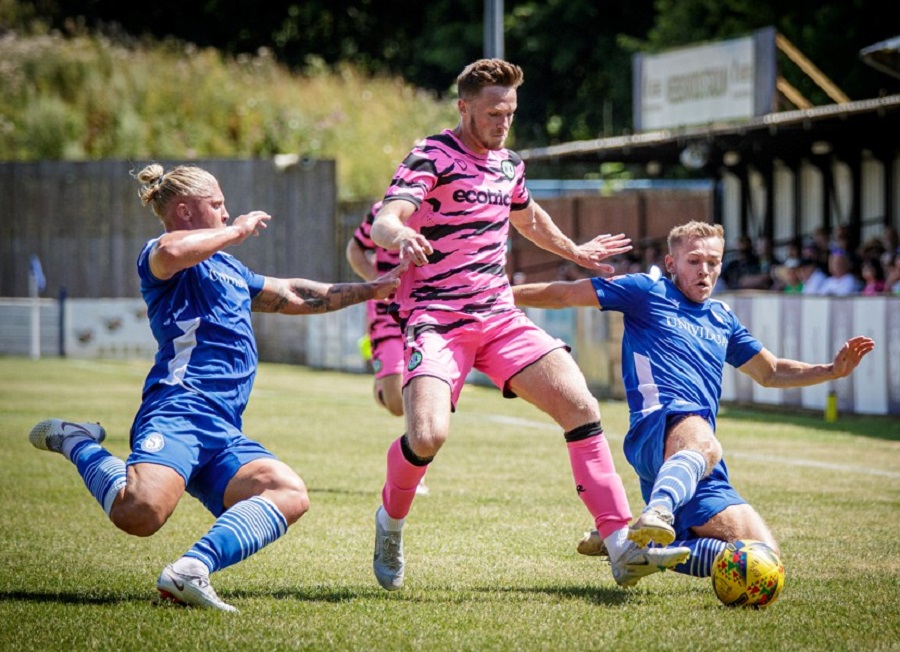 Rovers as one would expect dominated the early possession with Josh March forcing Connor Johns into an early save. Marine had a great chance on fifteen minutes when excellent wing play by Conor McDonagh saw James Harding poke the ball just wide of the far post from an acute angle at the near post with Forest Green keeper Lewis Thomas and a couple of defenders left stranded. 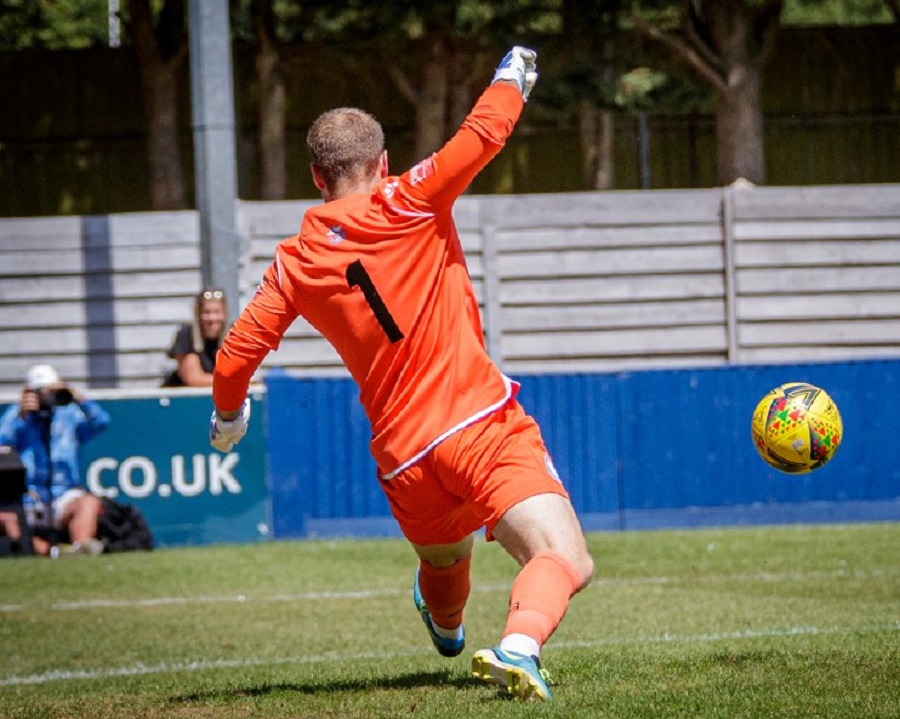 Five minutes later clever team play opened the Marine defence and with JOSH MARCH just on side he slotted the ball home as he wrong footed Connor Johns home for the first goal on twenty minutes. Marine were not deterred and came back with an instant reply to stun their visitors. With the ball on the right side of the box Zack Kotwicahad a couple of shots blocked before the ball ended up on the left wing and with Ryan Campbell who beat his defender to send a fierce shot goal bound. Forest Green keeper Thomas repelled his shot it was striker JAMES HARDING who was quicker to the rebound than two defenders to stab the ball home at the far post for the for the leveller. 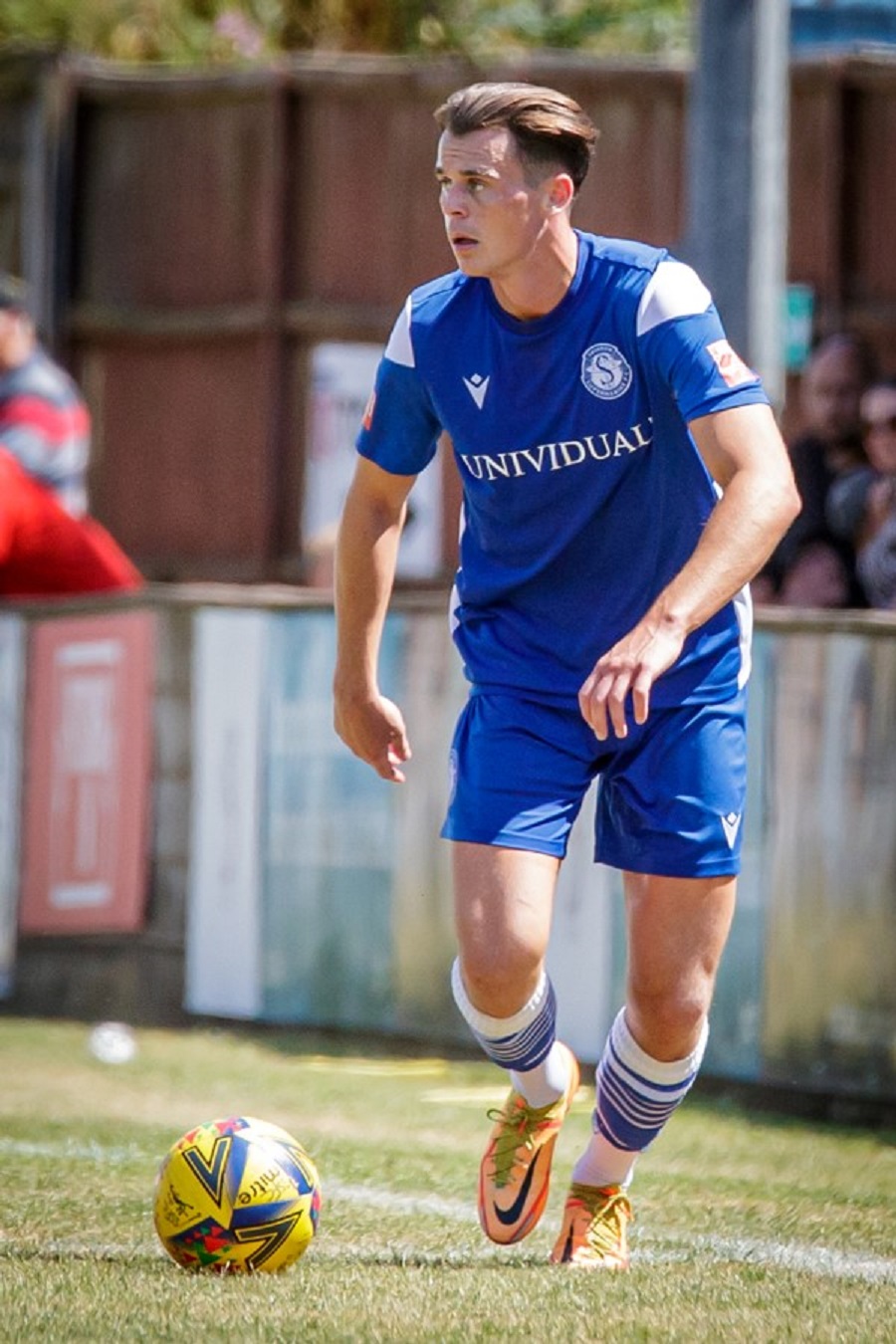 With ten minutes to half time the lively March broke through the backline again only for Connor Johns to pull out a superb stop with the foot to deny the attacking midfielder. Overall an excellent shift from the Marine team, defending solidly against some exceptional movement by the Forest Green Rovers players in intensely hot conditions. There were changes galore at the half time break with the visitors bringing on five new players and Marine seeing Jamie Edge, (Harry Williams](https://swindonsupermarinefc.com/harry-williams) and Wayne Nderemani come on for Lewis Hall, Brad Hooper and Conor McDonagh 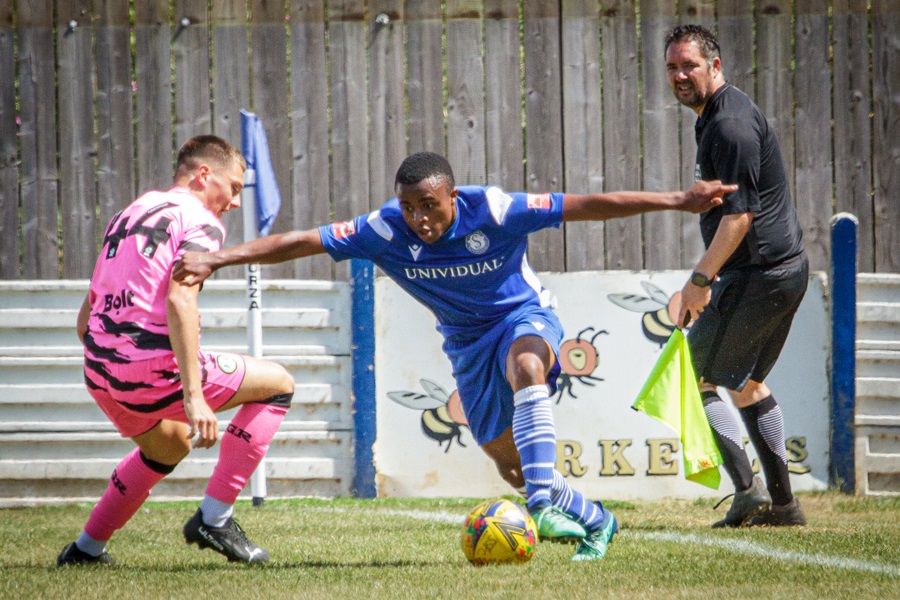 Early in the second half it looked like it would be 2-1 to Forest Green Rovers but somehow substitute Kyle McAllister, having gone round the keeper Connor Johns could only hit the side netting and a big let off for Marine. Shortly afterwards McAllister did put the ball in the net but he was clearly in an offside position. Lot’s of pressure was heading towards the Marine goal as the two games in two days was catching up with Marine player but some solid defending meant they restricted Forest Green to long range shots which were well dealt with by Johns in goal. 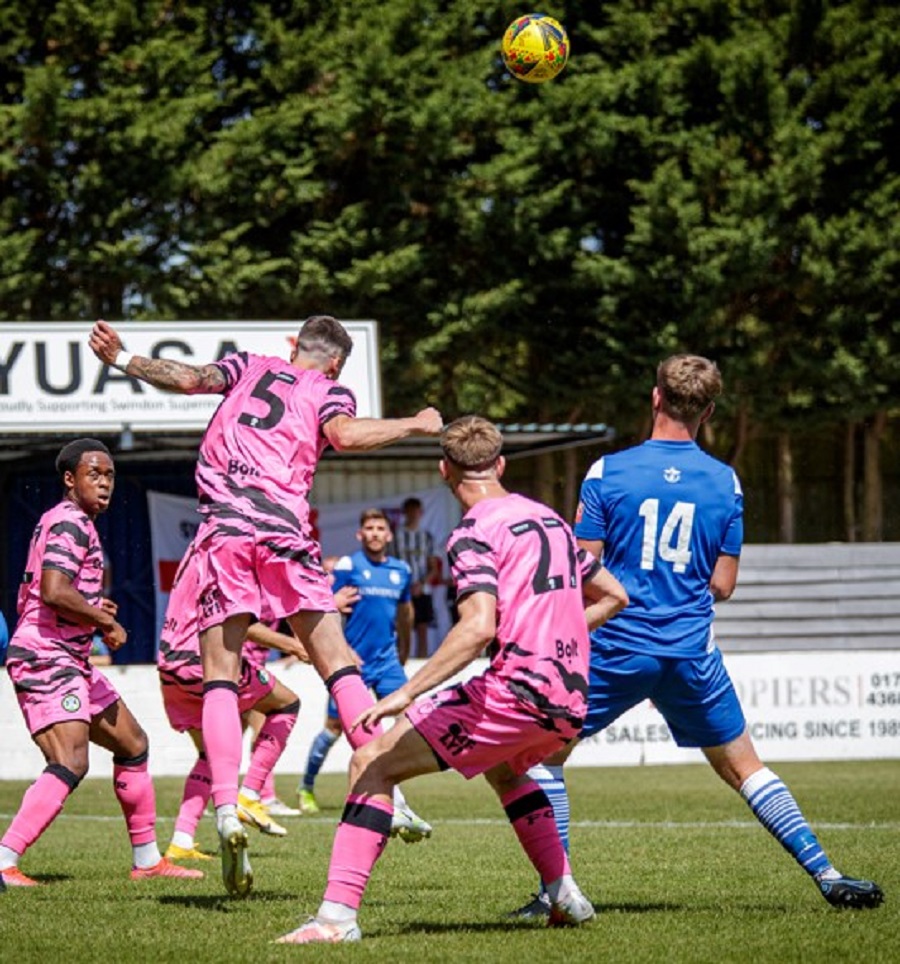 On sixty-minutes Leon Morrison replaced James Harding as Tom Sharpe moved into the midfield. With twenty-minutes to go a Armani Little in swinging cross was headed home by JOSH MARCH from a few yards out as a couple of Marine defenders couldn’t get to him for his second and what turned out to be a winning goal for Forest Green Rovers. 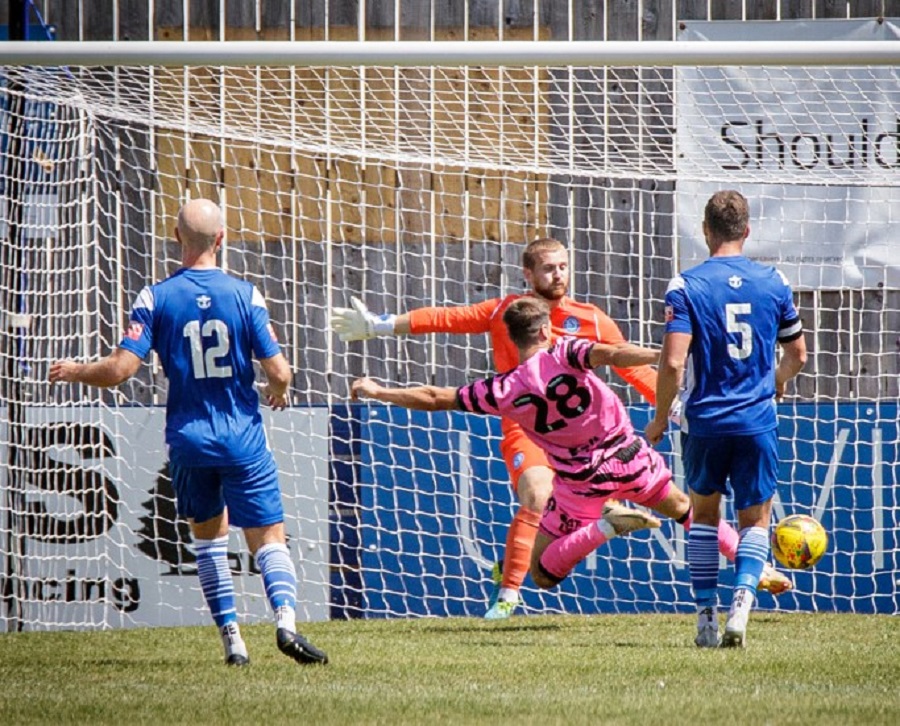 George Dowling was forced off with cramp soon after with Conor McDonagh returning before Rovers missed a glorious chance to make it 3-1 instead putting it wide when McCallister with only Marine keeper Johns to beat. The visitors Olly Casey then hit the post from close in late on, but Marine held on for a very creditable scoreline with all things considered. Overall an excellent two days for the teams, with everyone in the squad getting a good shift in and some excellent individual displays particularly in defence on this two scorching days. 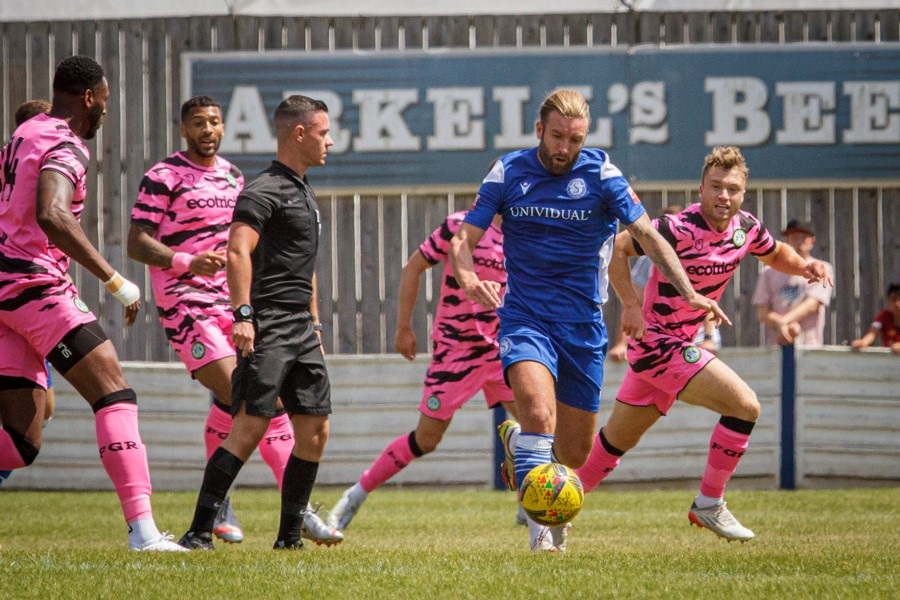 Media Star man: Conor Johns - For his impeccable handling, good control off his backline and that outstanding save with the foot!