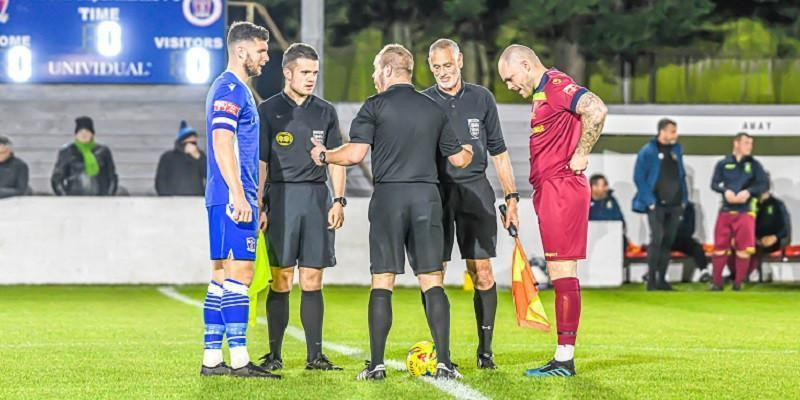 MARINE BREEZE THROUGH TO ROUND THREE 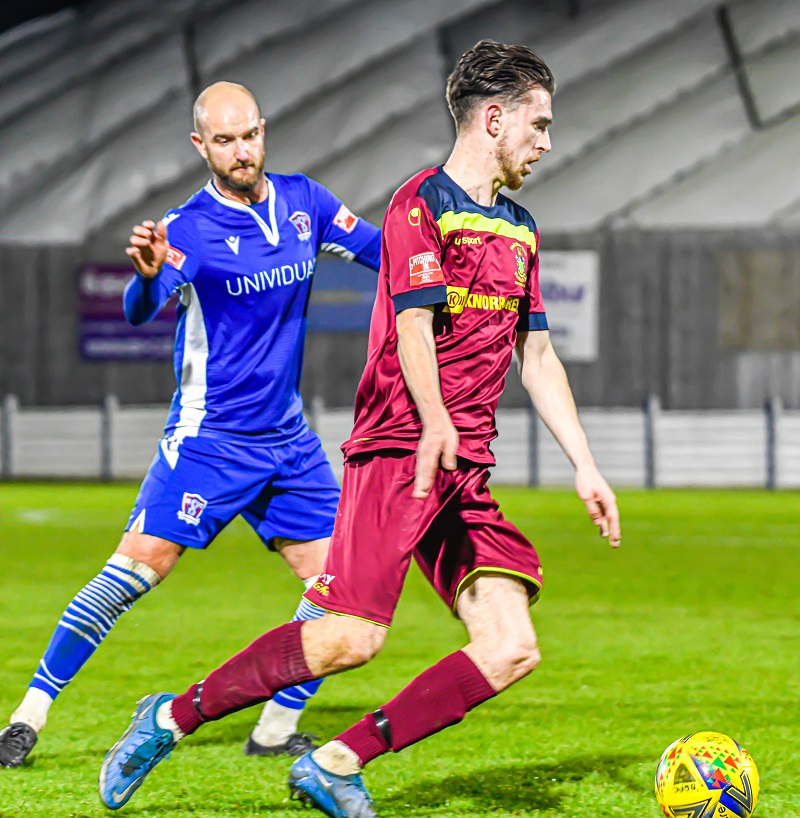 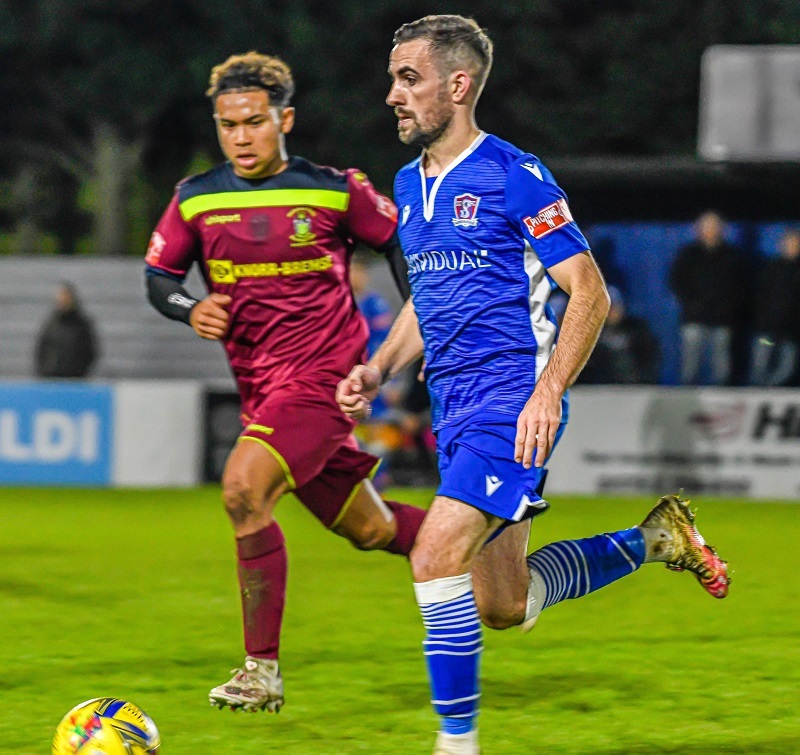 Melksham were on the front foot from the kick off with Sam Hendy firing an early shot over the bar in front of goal. Skipper Mat Liddiard then got up well at a corner soon afterwards but could only steer his header wide. Jay Malshanskyj then had an effort deflected over the top before the opening goal arrived at the other end for Marine. After a slick move involving a few players Michael Hopkins, who along with fellow full back Lewis Hall were playing in a more advanced position, was free on the right wing and his excellent cross was met at the far post by LEWIS HALL, who smashed home his first goal for the club, giving the visiting keeper Matt Hall no chance after eleven minutes. 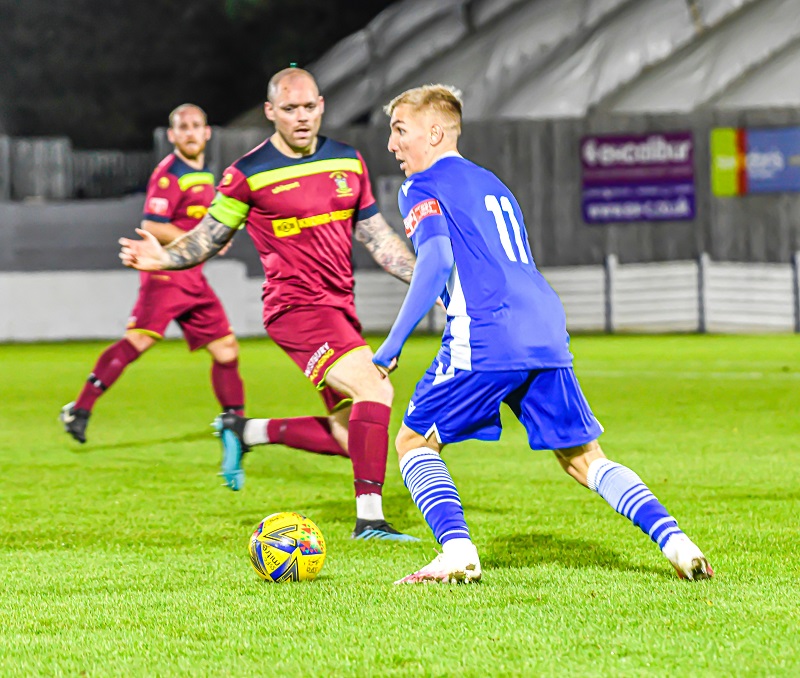 On twenty-two minutes it was 2-0 after some wizardry on the ball from Conor McDonagh who turned his marker one way, then the other, before firing in an excellent ball which KIERAN PHILLIPS made no mistake with as he slotted home from six-yards for his second goal in as many games. 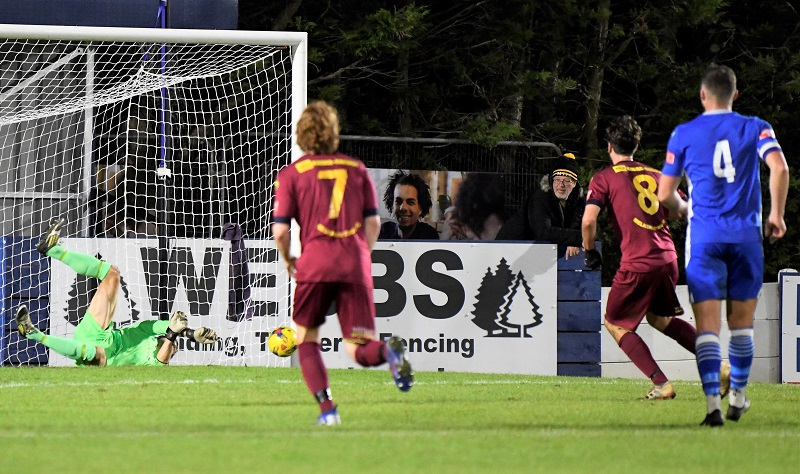 Although 2-0 down Melksham stopped attacking and an effort from Albert Hopkins was kept out superbly on the line by Mat Liddiard. Then with ten minutes to go to half time a penalty was awarded to Melksham after a wayward tackle by Michael Hopkins on the lively winger Jack Mawford. Mawford stepped up but Marine keeper Martin Horsell pulled off an excellent one handed save low down to his left and palmed the ball away with a strong hand. 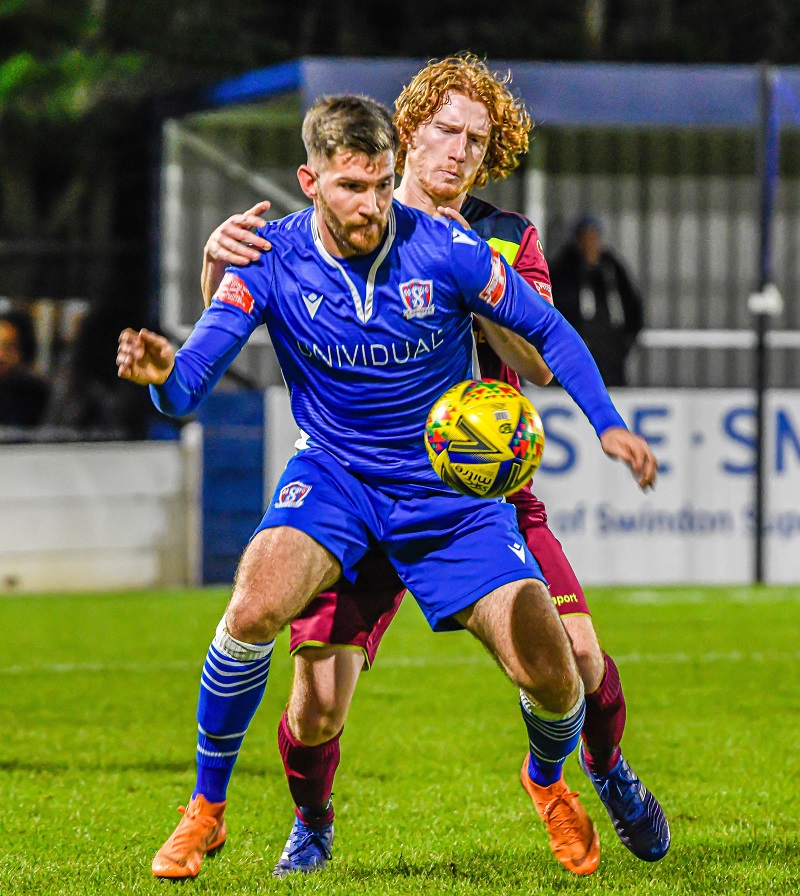 Marine saw out the half and went in very happy with their clinical display. Once again, Melksham started the second half as the first, as they started the half playing attacking and fast flowing football but it was Marine who got the first effort in of the second half. Kieran Phillips side-footed the ball just wide when he was in a good position in front of goal. Phillips then set up Michael Hopkins who looked certain to score from close in but the effort was superbly headed off the goal line by Melksham’s Aaron Parsons to deny the hosts. 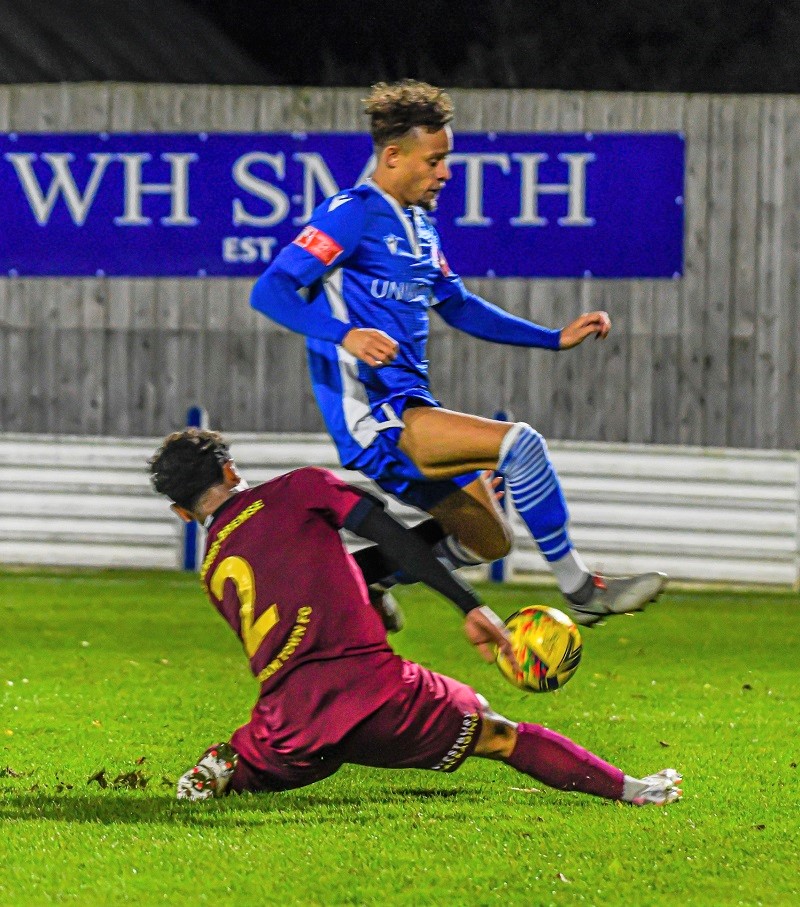 The game started to drift slightly so manager Lee Spalding brought on Ryan Campbell and Frankie Artus for Michael Hopkins and Brad Hooper to increase the tempo and changed back to a regular back four and 4-4-2. 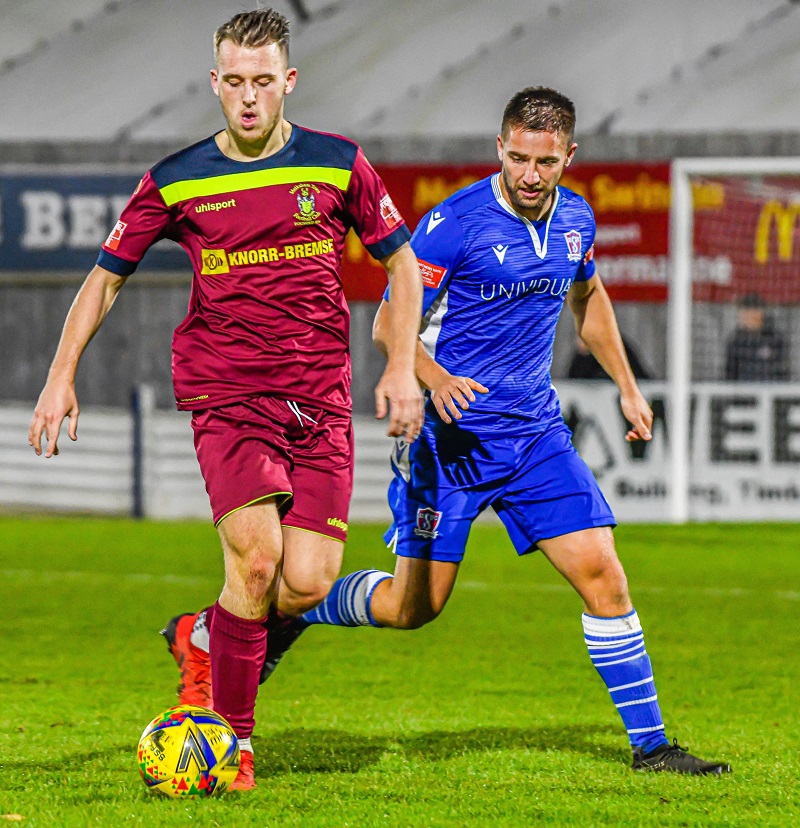 Just after the hour Conor McDonagh was denied by the outstretched foot of Melksham keeper Matt Hall low down and it was McDonagh who also had the next effort deflected wide with just over 10 minutes to go. Tyrone Duffus then replaced the excellent Kieran Phillips for the last ten minutes and the first booking of the game saw Melksham and former Marine defender Ryan Morgan booked for a late tackle. 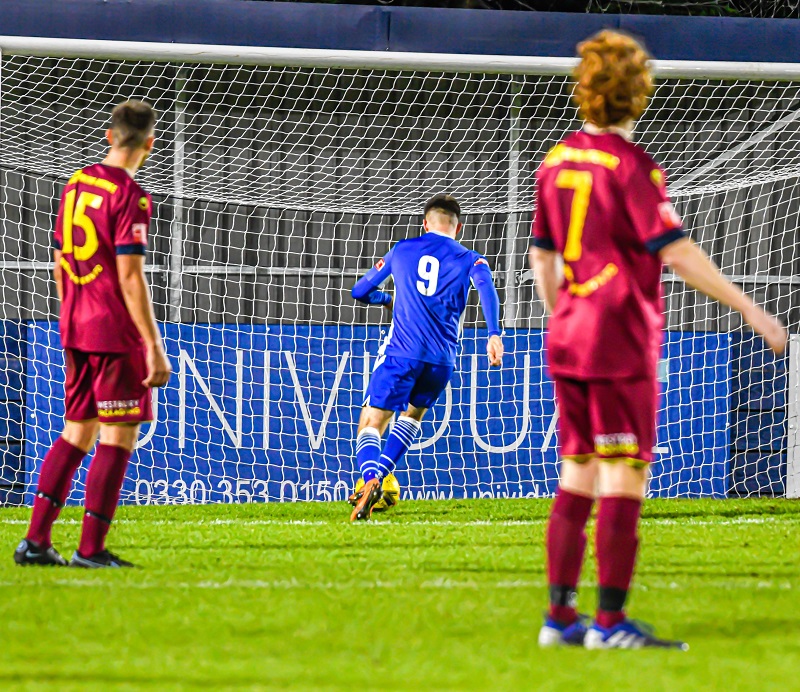 Deep into injury time and just when it looked like the action was over a long ball saw the visiting defence get in a muddle, with Greg Tindle heading the ball back to his keeper but with the keeper rushing out of his goal he missed the ball and left ZACK KOTWICA in front of an empty goal and he walked the ball in for his third goal of the season and he its doubtful if he would get an easier goal than this! A professional and clinical job done by Marine to reach the third round but credit to the visitors who looked lively and played some excellent football with the scoreline probably flattering for the hosts.