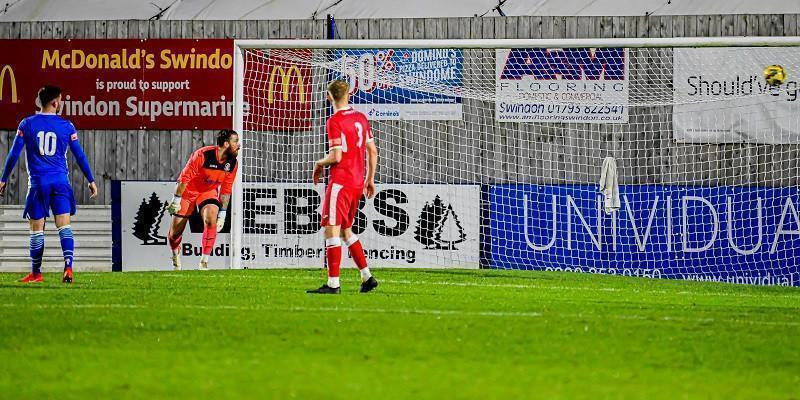 SUPERMARINE HIT EIGHT AS THEY RACE TO THE QUARTER FINALS

Marine took on Wantage Town on Tuesday night in their hastily rearranged Southern League Third Round tie at the Webbswood Stadium after last weeks game was postponed with a waterlogged pitch. No such problems this time on a pleasantly mild winter night and manager Lee Spalding shuffled the pack. Dan Ball returned to the starting line up after paternity leave alongside midfielder Tom Sharpe who made his debut after moving from Banbury United, along with two further introductions Zak Ford at right back and Zack Kotwica up front. Tom Golledge was on the bench for the first time and Brad Hooper captained the side with Mat Liddiard rested to the bench. 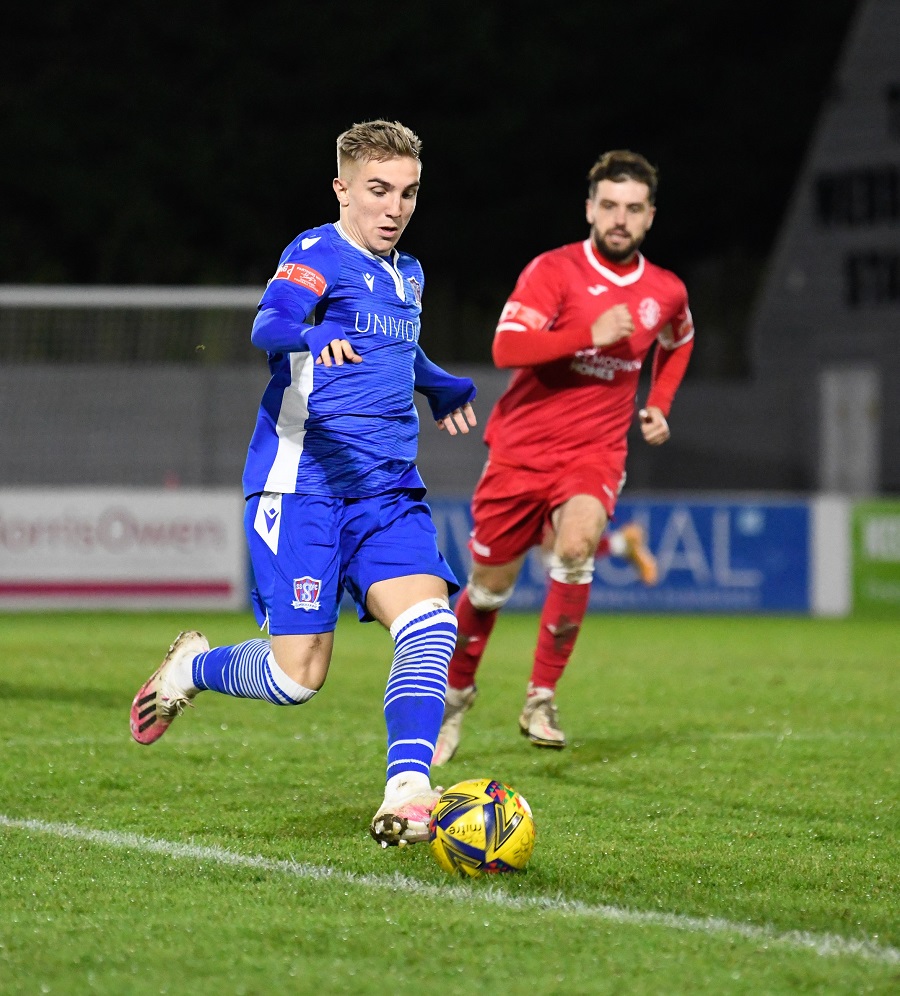 Marine were on the front foot from the start with Zack Kotwica having an early effort blocked but it was the visitors who had the ball in the net first from Wantage Town’s Tyriq Hunte on 11 minutes but he was clearly offside. A minute later and Marine took the lead. Ryan Campbell’s strike was blocked only to deflect back to KIERAN PHILLIPS who curled the ball into the top corner. Phillips was almost immediately through again only for Wantage keeper James Foster to deny him. Hunte continued to be a threat for Wantage forcing Martin Horsell into a good save on 19 minutes.

The Phillips-Foster battle continued with another save from the stopper but he could do nothing from the resulting corner on 25 minutes. TYRONE DUFFUS rose high in the air to power home a second for Marine. Shortly afterwards Phillips got the better of Foster again. Kotwica set him up to allow another curled effort from KIERAN PHILLIPS into the top corner of the net and a ninth goal in nine games now for the loanee. With half time arriving Marine had one foot firmly in the next round. 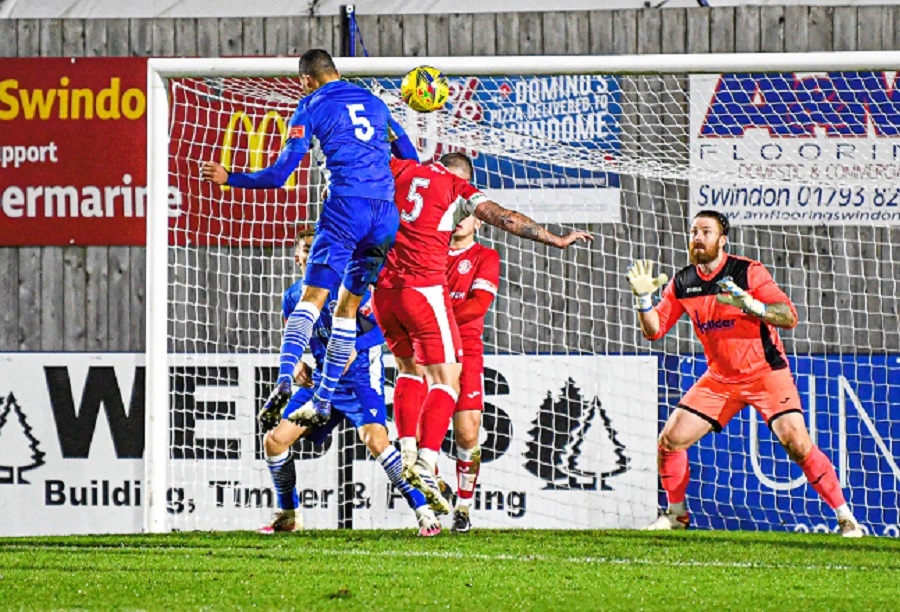 The second half began with Zack Kotwica testing Foster but he pushed the ball wide of the goal before Marine full back Zak Ford conceded a penalty on 52 minutes which TYRIQ HUNTE stepped up to blast home and give Wantage a potential lifeline. Tom Sharpe looked to be brought down soon after but nothing was given this time. Michael Hopkins replaced Lewis Hall on 56 minutes and there was an immediate impact. A fine cross from the left by Hopkins slammed home with a left foot volley for the goal of the game from HENRY SPALDING and it was 4-1 Marine. Shortly afterwards Phillips came close to a hat-trick on the hour but he flicked he’s effort just wide. 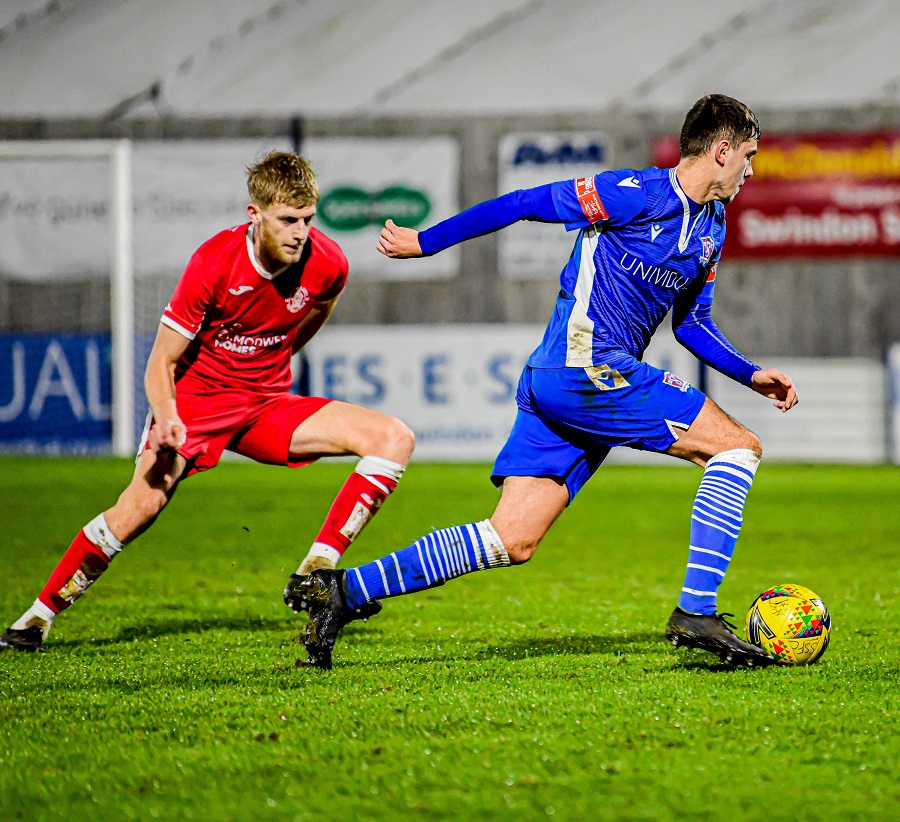 Rowan Doyle replaced the injured Zak Ford on 61 with Henry Spalding dropping back and he made a great start going on a mazy run and shooting agonisingly wide. The final change was made on 70 minutes with Tom Golledge making his debut coming on for the excellent Phillips. What an impact that was as an in swinging corner was challenged for by Golledge and keeper Foster dropped the ball onto the toe of TOM GOLLEDGE who wheeled away to celebrate his first for the club and a 5-1 scoreline for Marine. 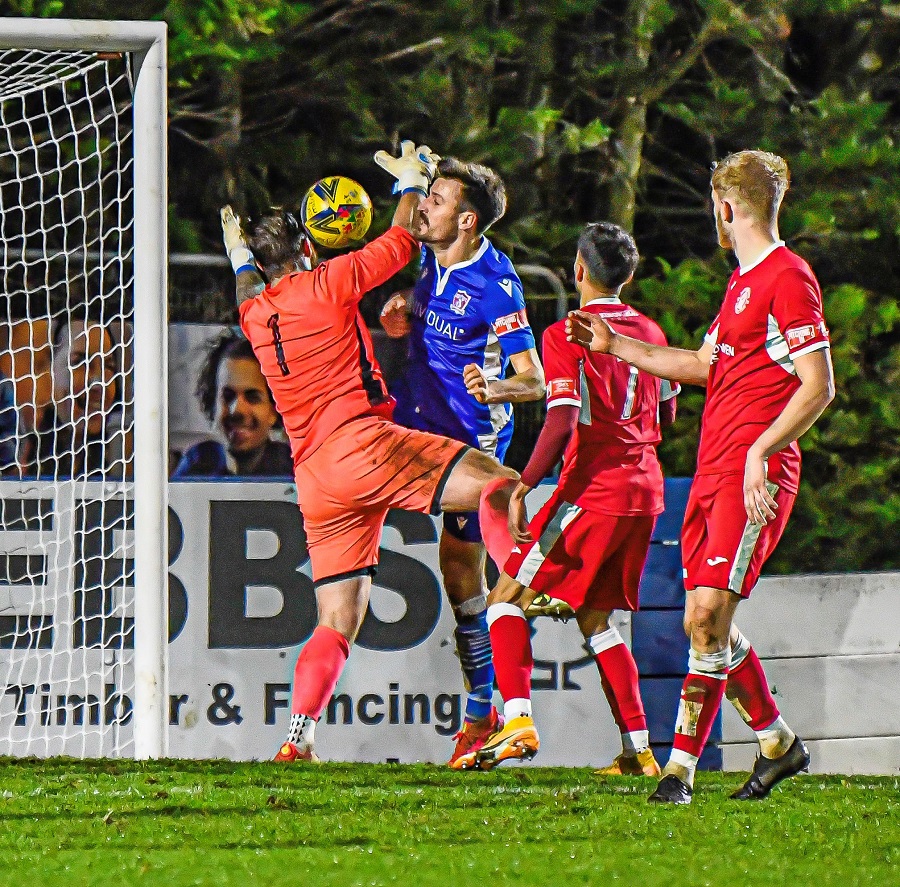 The Wantage team then collapsed and RYAN CAMPBELL went on a mazy run beating four players and the keeper to make it 6-1. ZACK KOTWICA finally got on the scoresheet late on. Golledge putting the first on a plate for him to tap home on 84 before a lovely individual strike into the top corner to secure ZACK KOTWICA a brace of goals just before full time. He should have made it a quick fire hat-trick but somehow put the last chance of the game wide from point blank range. 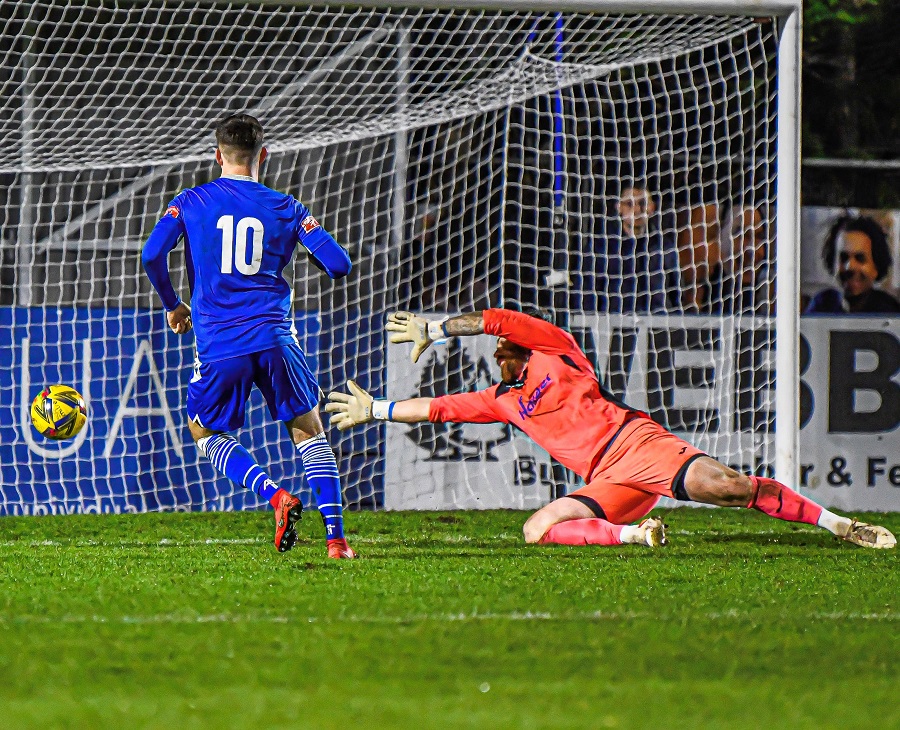 A resounding victory takes Marine through to an away Quarter-Final against Division One Leaders Berkhamsted in the next round, with the scheduled to be played on Tuesday January 18th, which will mean the postponement of our league match at Weston-super-Mare that night. Next up is our last game before Christmas, a home game against Weston-super-Mare on Saturday. See you there!