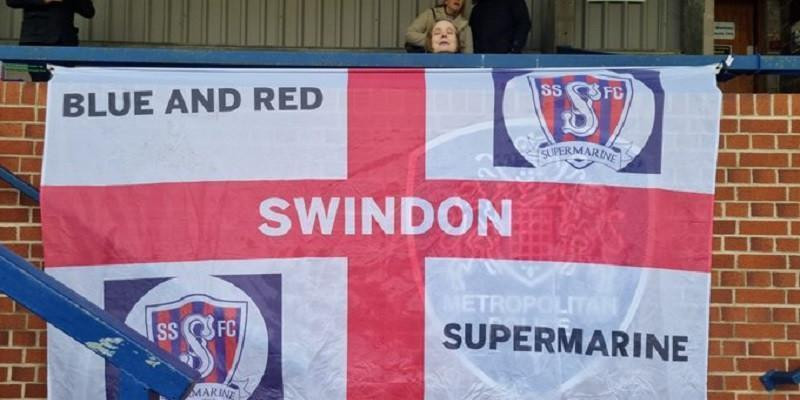 Having seen their New Years Day game cancelled Marine were back on the road for their first match of the year where they faced a tough challenge against second place Metropolitan Police. The task was not made easier with the loss of captain Mat Liddiard missing out with Covid and his place was taken by league debutant and recent signing Tom Sharpe. Zack Kotwica returned to the starting line up in place of Henry Spalding who dropped to the bench and George Dowling also made it back to the squad after his long term injury starting on the subs bench as well.

Jamie Edge skippered the side as the home side came out of the traps firing and on five minutes struck the bar. Jasper Mathers laid it off to Sam De Croix and the fizzing shot bounced down off the woodwork to safety. But the shots continued in the early phases and a low shot from David Titov was pushed round the post well by Martin Horsell in the Marine goal. Titov followed this up on ten minutes but this time could only find the side netting. Horsell was looking in good touch when his next action was to take a dangerous floating cross from the air to keep the home side at bay. Marine were slowly working themselves into the match and were frustrating their hosts who were resorting to long range efforts by the half hour and all seemed under control despite a dangerous header over the top by Sam De Croix once more.

But this all changed when Brad Hooper was adjudged to have taken down his man 25-yards out on 31 minutes. DAVID TITOV stepped up and slammed home the opening goal, a fierce shot right into the corner leaving Horsell with no chance. Marine responded instantly and Harry Williams saw his effort superbly pushed round the post by keeper Liam Beach when a goal looked certain. After that the half fizzled out with Marine feeling a tad unfortunate to be trailing.

A half time change saw the reintroduction after a long term injury for George Dowling who replaced Tom Sharpe who had an hamstring injury, with Jamie Edge dropping into the back four. Whether it was this readjustment or just not being ready at the start of the half, the second period starting in the worst possible way. JASPER MATHER found himself free in the box and netted to make it 2-0 and a mountain to climb for Marine.

Once again the response was instant, Brad Hooper went close on 49 just past the post with a strike but in the same minute Marine were on the scoresheet. George Dowling’s fine run and cross was met by a melee of players but it was TYRONE DUFFUS who made no mistake to slot the ball in the net. Then came the vital point of the game on the hour mark. Zack Kotwica broke away and looked like he had found the bottom corner of the net only to see keeper Liam Beach pull off his second sensational save of the game and somehow push it round the post. Kotwica continued to trouble the home side and from his cross soon after Kieran Phillips just edged the ball wide.

Buoyed by the saves of keeper Liam Beach the hosts found new life and against the run of play on 69 sealed the points. The ball found its way to LIAM FERDINAND and and from just inside the box and he drilled the ball over keeper Horsell and into the back of the net Marine dead and buried. Henry Spalding came on for Ryan Campbell on 65 minutes and despite an effort from Dowling, which was once again well saved by Beach and a close effort from Kotwica late on it was all in vain as the Met Police took the points and solidified their second place in the table. There was one late chance for debutant Kensley Maloney who tried a spectacular overhead kick which flew over the top. The fact that home keeper Beach won the man of the match award showed how well Marine had competed but naturally disappointed with how the final score came out.