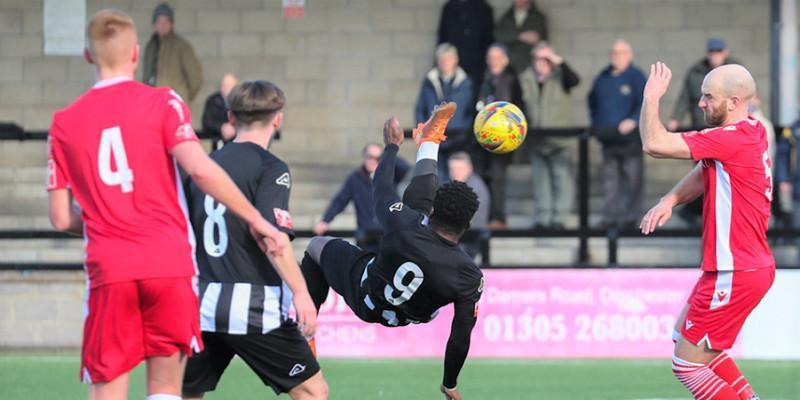 Marine were back on the road for the first of a three game away run visiting relegation threatened Dorchester Town at the Avenue Stadium on Saturday afternoon. Despite a decent display in midweek manager Lee Spalding rang the changes once more bringing back in Ryan Campbell and Henry Spalding on the flanks and Michael Hopkins at the back with Tom Sharpe, Pierce Michell and George Dowling dropping down to the bench. Harry Williams was also on the bench after returning to the squad from suspension with Tyrone Duffus still ruled out with a broken toe. 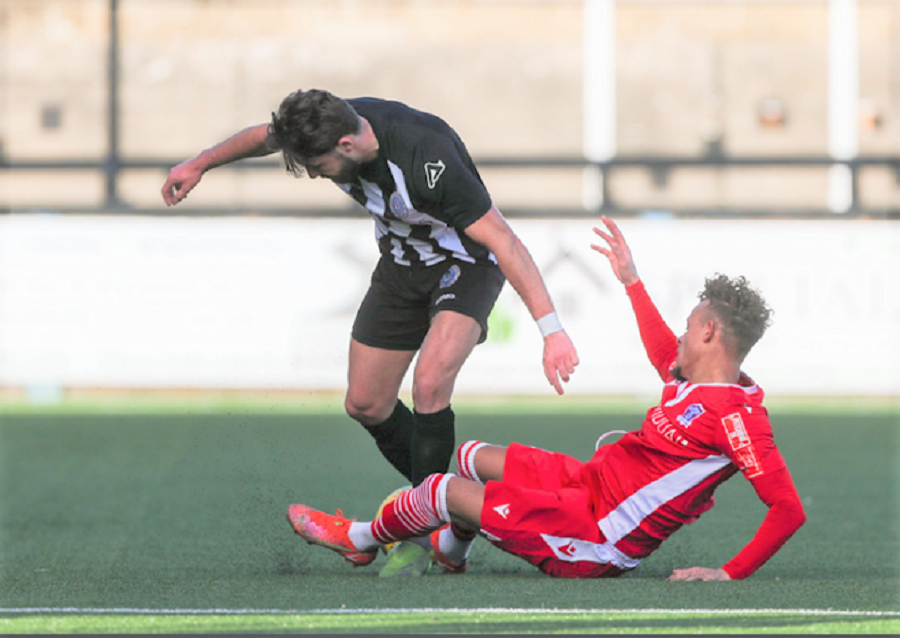 On the artificial surface Matt Britton almost fed in Kieran Philips early on but there was too much pace on the ball and it was the hosts who showed early in this game with Olaf Koszela breaking clear through the back line on seven minutes but scuffing his shot straight at keeper Martin Horsell. The lively Alfie Stanley then had an opportunity which Horsell did well to push the ball around the post for a corner which was cleared. Shortly afterwards a free kick was awarded on the edge of the box after a handball by Mat Liddiard then saw Koszela have his effort blocked by the Marine wall. Jamie Edge then made a good block in front of goal and it was no shock when the Magpies took the lead after a short corner routine saw the ball floated to the back post where ALFIE STANLEY made no mistake as he buried a volley past Horsell on twenty-seven minutes. 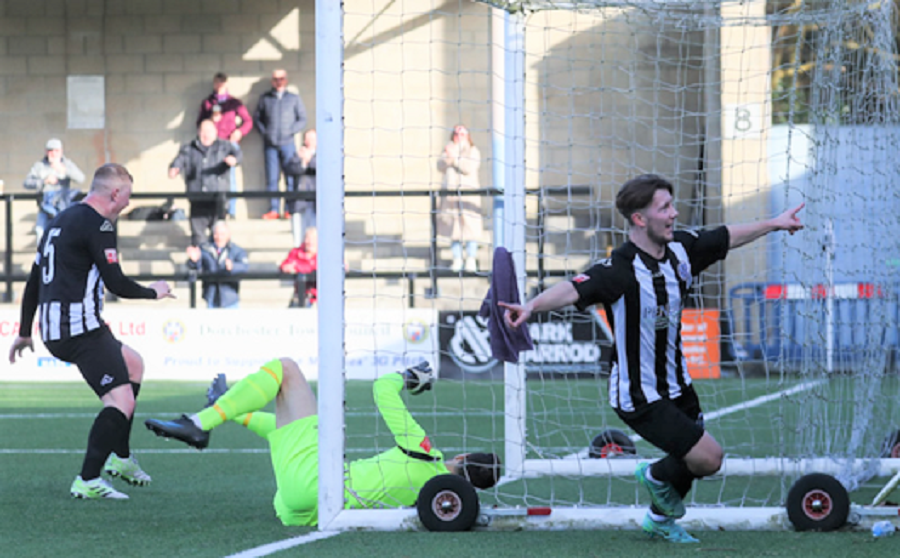 Marine responded with Matt Britton having an effort saved close in and then a superb long range strike from Henry Spalding was superbly saved low down by keeper Jack Bycroft to deny Marine the leveller. At half time Marine the management team of Lee Spalding and Charlie Griffin would have been very disappointed at the first half display from the players and perhaps fortunate knowing they were still in the game and look for much more from the players in the second period. 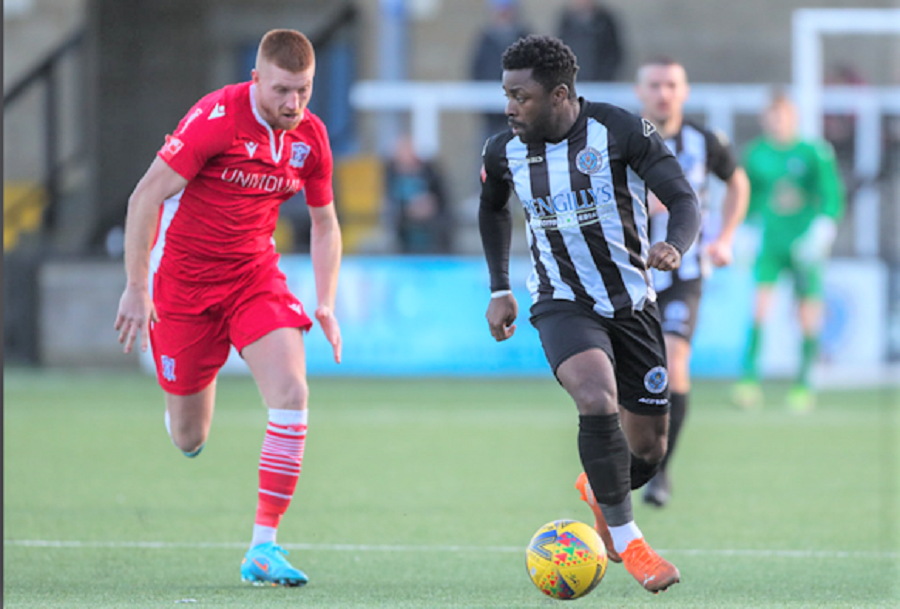 Henry Spalding spooned an early effort over the bar before Harry Williams replaced Kieran Philips in a tactical switch on fifty-four minutes. Then came the key moment when just a minute later when a short back pass from Matt Britton to Martin Horsell but the lively Yemmi Odubade intercepted and just got to the ball ahead of Horsell in the box and the referee pointed to the penalty spot. Up stepped ALFIE STANLEY who sent the Horsell the wrong way and at two-nil down Marine had a mountain to climb. 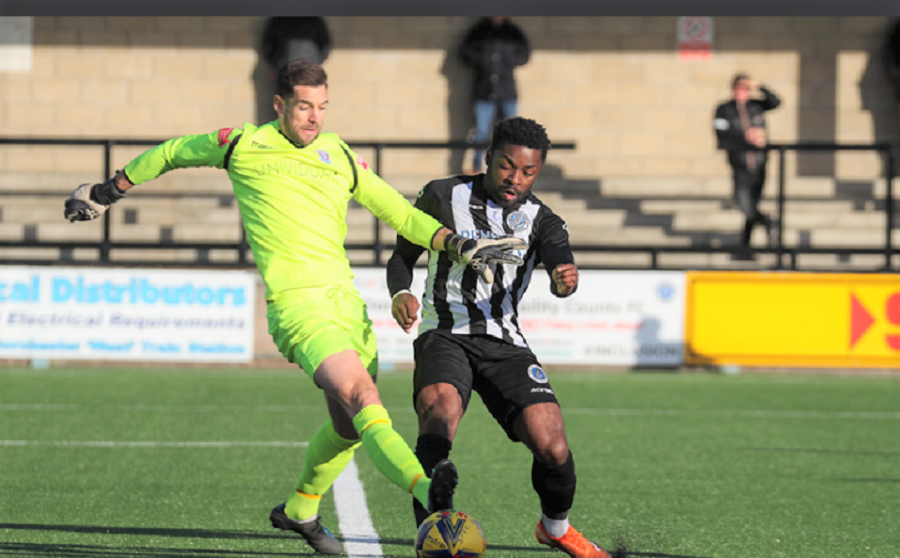 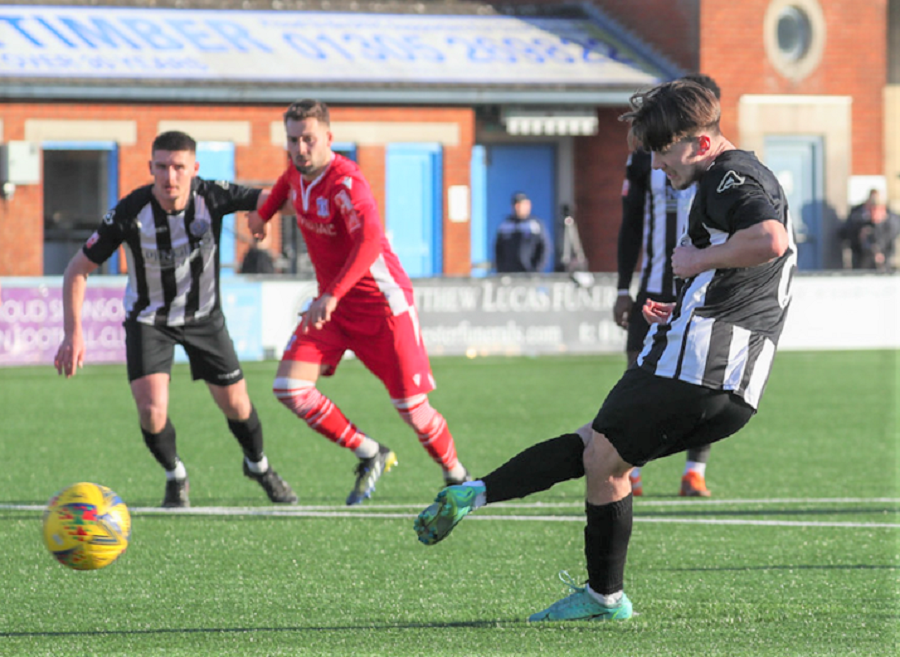 The hosts kept on the pressure with Stanley coming close to a hat-trick but his header was deflected away from goal for a corner that was cleared. George Dowling replaced Ryan Campbell as Marine looked to tighten up midfield on sixty-three minutes. Shortly afterwards Mat Liddiard went into the book for a a trip on Alfie Stanley as Marine then had a better spell of retaining the ball that saw two skied finishes from Conor McDonagh and Tom Mehew in quick succession. 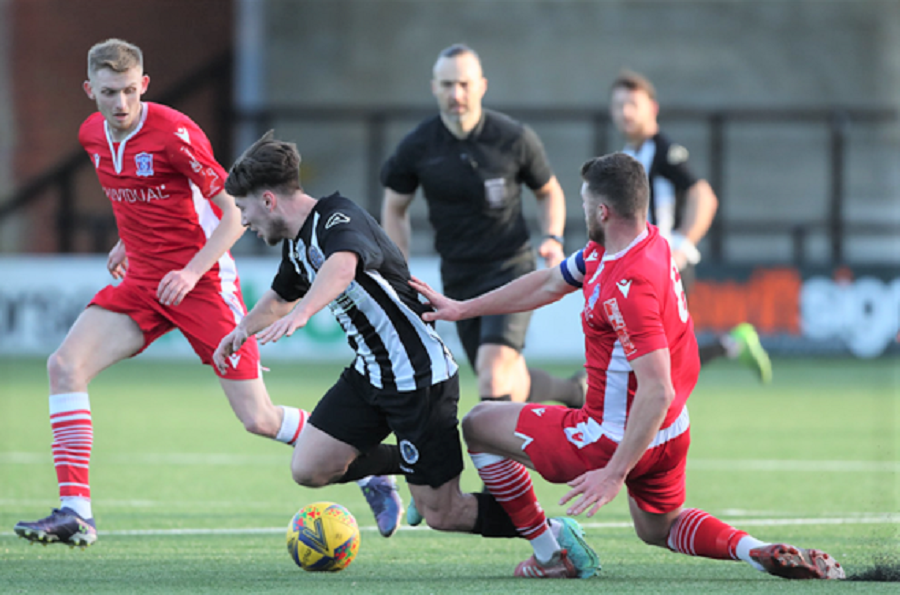 It was Dorchester’s Alfie Stanley who came closest to scoring again on seventy-six minutes when his strike hit the bar after Jamie Edge gave away possession. Marine ended the game having their best spell of the match as Harry Williams saw his goal bound shot deflected inches wide of the goal for a corner. From the corner Matt Britton had a header cleared off the line. The George Dowling’s long range strike was well saved by Bycroft in the Dorchester goal. Then in injury time HARRY WILLIAMS received the ball inside the box and to the right of goal and turned and fired in a low shot past Bycroft but it was in vain as the referee blew the whistle a minute or so after the restart.

Fans Player of the match: Harry Williams, who struck his 13th goal of the season.