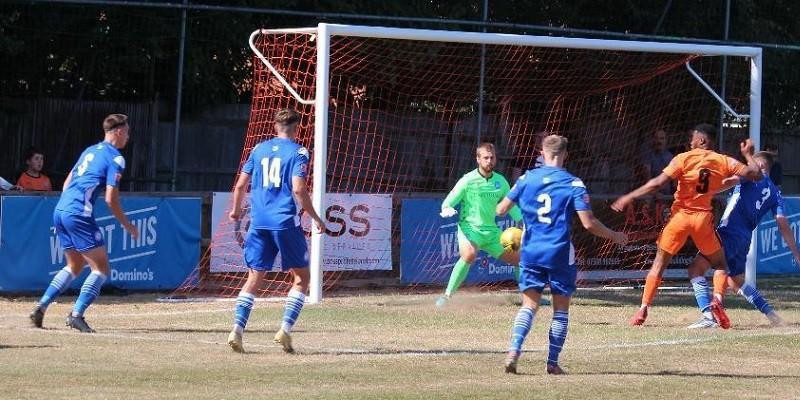 MARINE COME OUT ON TOP FROM A VERY PHYSICAL ENCOUNTER

Marine got the 2022/23 season underway on Saturday afternoon with a trip to take on The Row at Hartley Wintney. With captain Mat Liddiard the only absentee from our twenty man squad it was the strongest squad that travelled down the M4 with new signings Connor Johns, Sam Turl and James Harding all starting the match and with two other new signings, Leon Morrison and Rudy Plummer on the bench. Midfielder Jamie Edge took over the armband in Mat Liddiard’s absence. Two other new signings, Wayne Nderemani and Sal Abubakar didn’t make the matchday squad but travelled to the match.

It was a fairly quiet opening fifteen minutes as both sides got used to the very dry pitch and the searing heat. George Dowling hit the first shot of the game with the ball going over the top of the home goal and then after a bit of a mix up at the Hartley back line five minutes later. With defender Matt Drage on the ball Harry Williams nipped in to take the ball off him and as he did so the tall defender clumsily brought Williams down to give the referee no option but to point to the penalty spot. 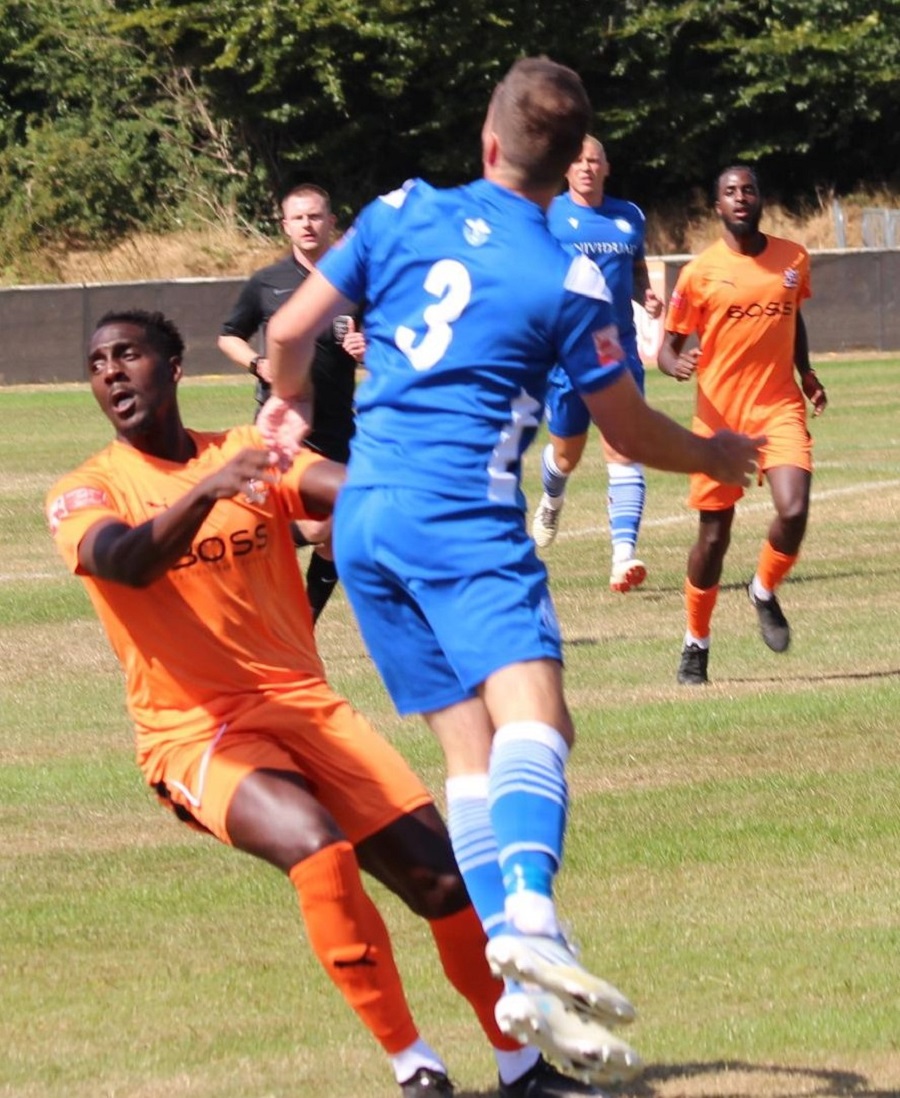 Having gone all last season without a league penalty we were awarded one in the first game of this season and it was new man JAMES HARDING that stepped up and gave Hartley keeper Adam Desbois no chance with a low effort into the bottom corner of the net to get the season up and running for Marine. Harry Williams broke away again on twenty-eight minutes but this time couldn’t get the finish right and keeper Desbois saved very well. The home tried to respond on the half hour earning a free kick on the edge of the box but Harry Cooksley’s effort hit the wall with the follow up going high over the bar. 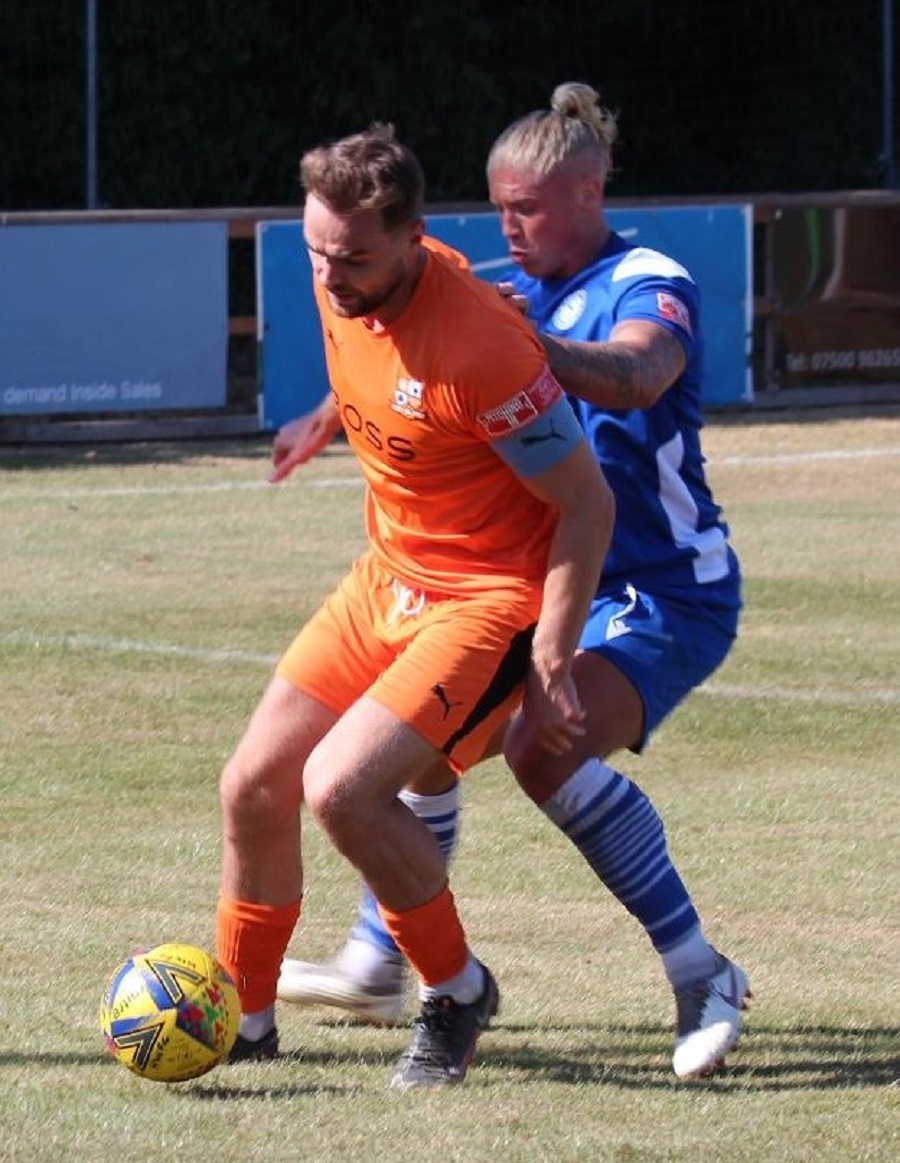 Kyen Nicholas hit a fierce strike soon after but Marine keeper Connor Johns was equal to the task to save the volley. Hartley striker Aaron McLeish-White was the first man into the referee’s book for the hosts after a series of fouls on the impressive Sam Turl. Zack Kotwica broke into the penalty box after a neat move and interchanging of passes with Lewis Hall and Harry Williams on thirty-seven minutes and should have done better but couldn’t get the shot into the corner of the net as the goal opened up but shot straight at Desbois in goal from just a few yards from the goal. 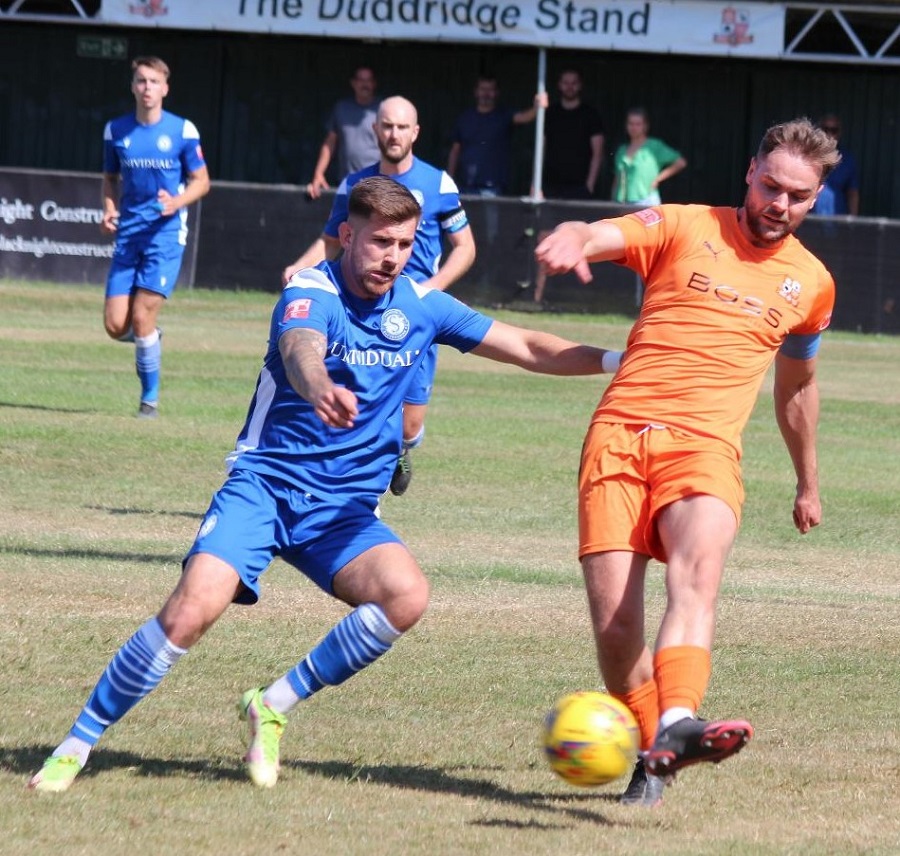 Minutes later the home side were down to ten men as Anis Nuur went in with a high challenge on Marine winger Ryan Campbell which buckled the Marine winger as it looked as contact was just below the knee which turned his ankle. It was enough for him to eventually depart the field minutes later to be replaced by Henry Spalding. The referee deemed the tackle was dangerous and with excessive force and showed the Hartley player a red card. 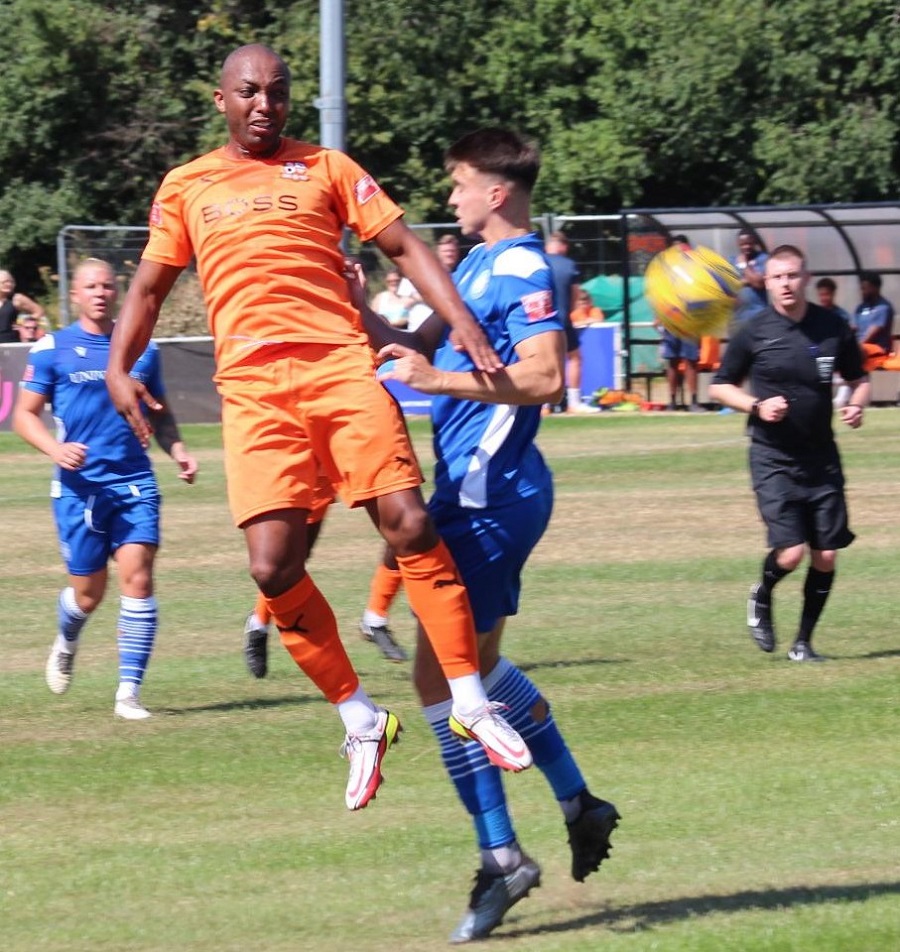 The hosts were unsettled by this and Marine took full advantage before the half was out. James Harding nearly scored his second goal of the game with a good strike but his effort was tipped over by the keeper for a corner. From the set-piece the ball ricocheted around the goalmouth with a couple of Marine players having chances before the ball was sliced to TOM SHARPE at the back post and he smashed the ball into the top of the net to make it 2-0 Marine! Harding went close again and probably should have made it 3-0 but a good save by Desbois denied him before the half ended with Sharpe going into the book for a foul on Nicholas in injury time. A decent half and Marine looking comfortable. 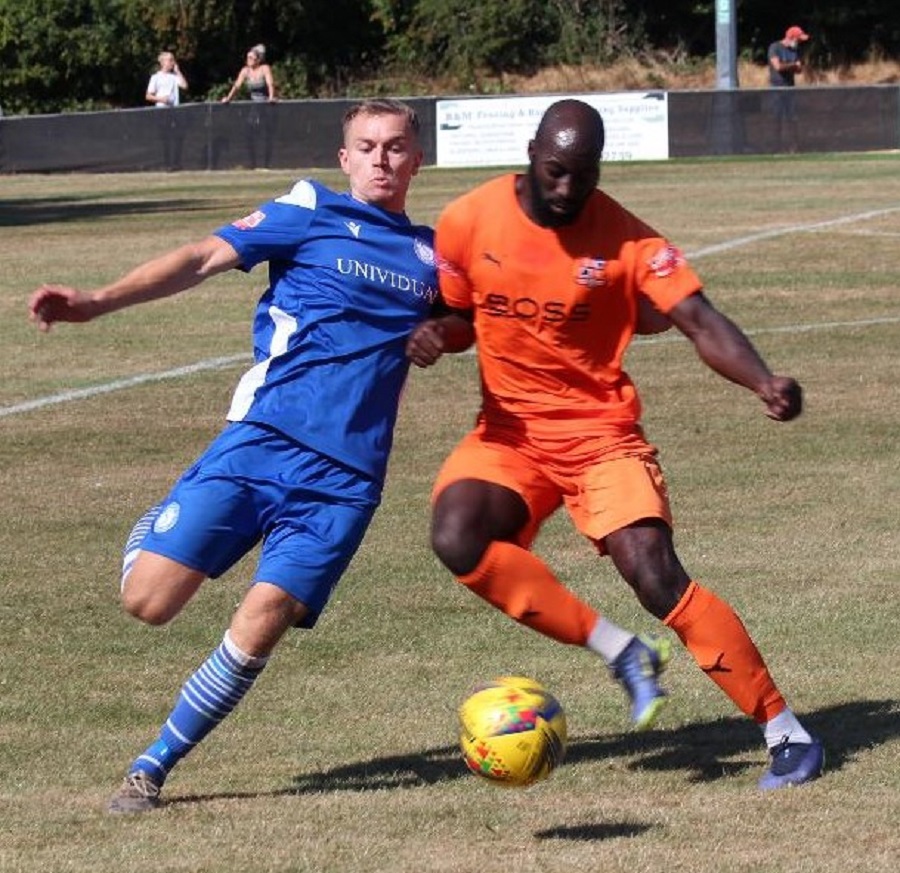 Hartley sub Reece Jones replaced McLeish-White at half time but not before the Hartley bench received a warning for starting the second half without notifying the match officials of the substitution, as we all know any half time substitute should report to the assistant before the second half kick off. Minutes into the second half Tyrone Duffus joined Sharpe in the book. Hartley’s Isaac Charles then replaced the injured Toby Nevile before the first attack of the half by Marine saw some excellent team play but a very poor finish over the top as Harry Williams got it all wrong in front of goal after being set up James Harding who in hindsight should have taken the shot on himself? 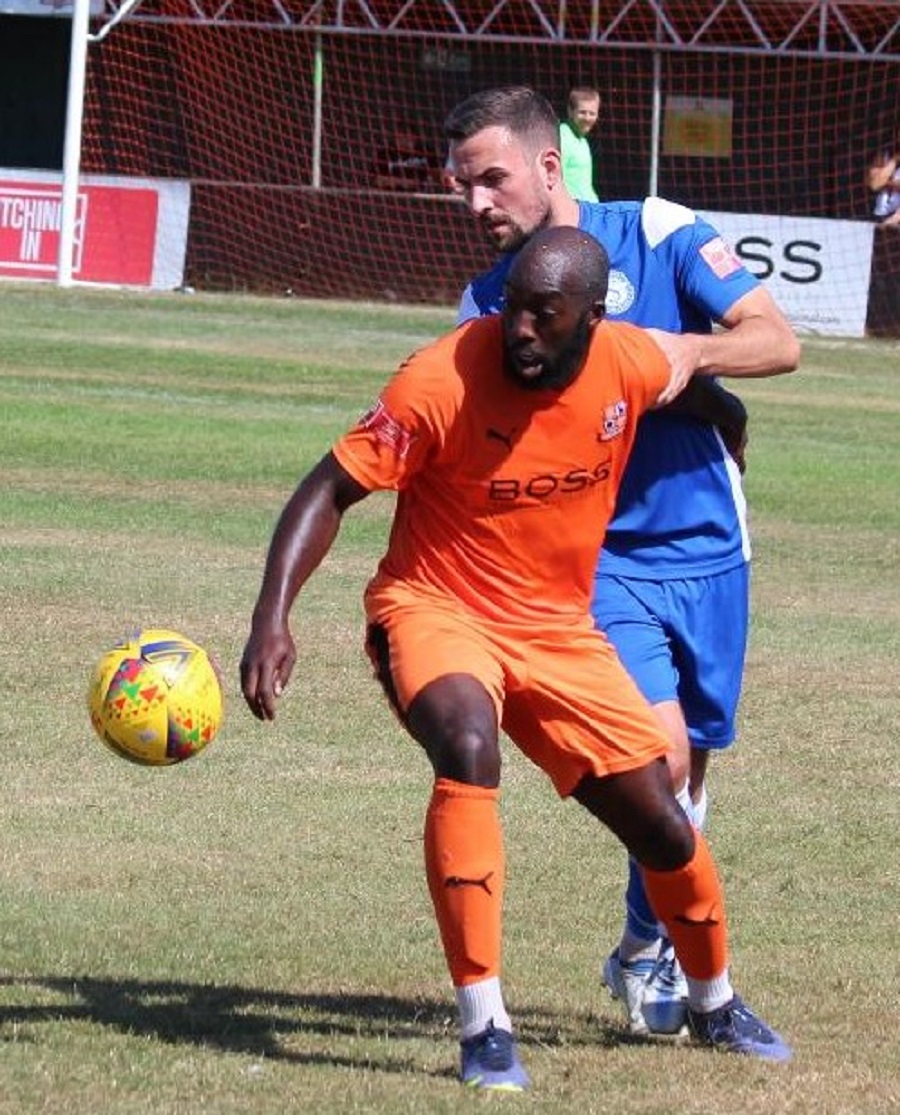 On the hour mark a deflected free kick from Hartley’s Matt Drage was superbly saved by Connor Johns in the Marine goal before James Harding created a good chance with a lovely turn and quickly fired shot from eight yards went straight at Desbois in goal. Henry Spalding who was impressing down the right wing teed up George Dowling but he sliced his effort wide of the goal. Marine right-back Sam Turl then went into the referee’s book for a foul on Kingsley Eshun before Zidan Akers replaced Kyen Nicholas in the final change for the hosts on seventy-five minutes. 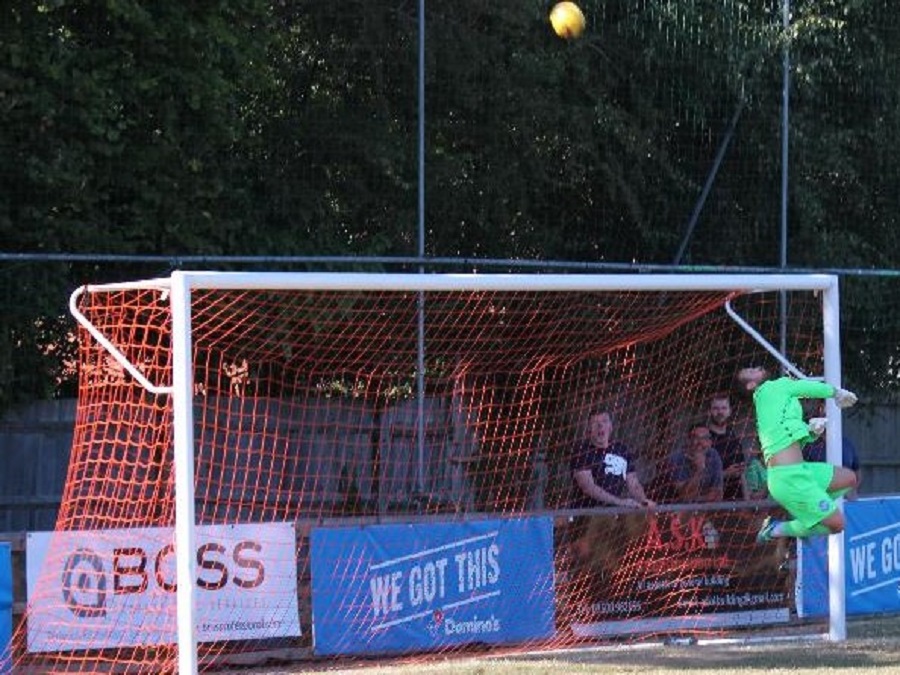 Marine made a double substitution on seventy-ix minute with Brad Hooper and Conor McDonagh coming on for George Dowling and James Harding as manager Lee Spalding looked to freshen it up for the final stages. It worked well for Marine as shortly afterwards Zack Kotwica burst through the home defence before unluckily striking the inside of the far post and out with a curling shot.

Substitute Conor McDonagh hit a wicked low drive minutes after coming on which was superbly fingertipped round the post by the home keeper Adam Desbois with another good save but Marine were not to be denied a third as they piled on the pressure in the final ten minutes. With five minutes to go the impressive Harry Williams beat the offside trap before laying it beautifully into the path of CONOR MCDONAGH who smashed the ball high and it flew past Desbois his sixtieth career goal for Marine to seal the win. 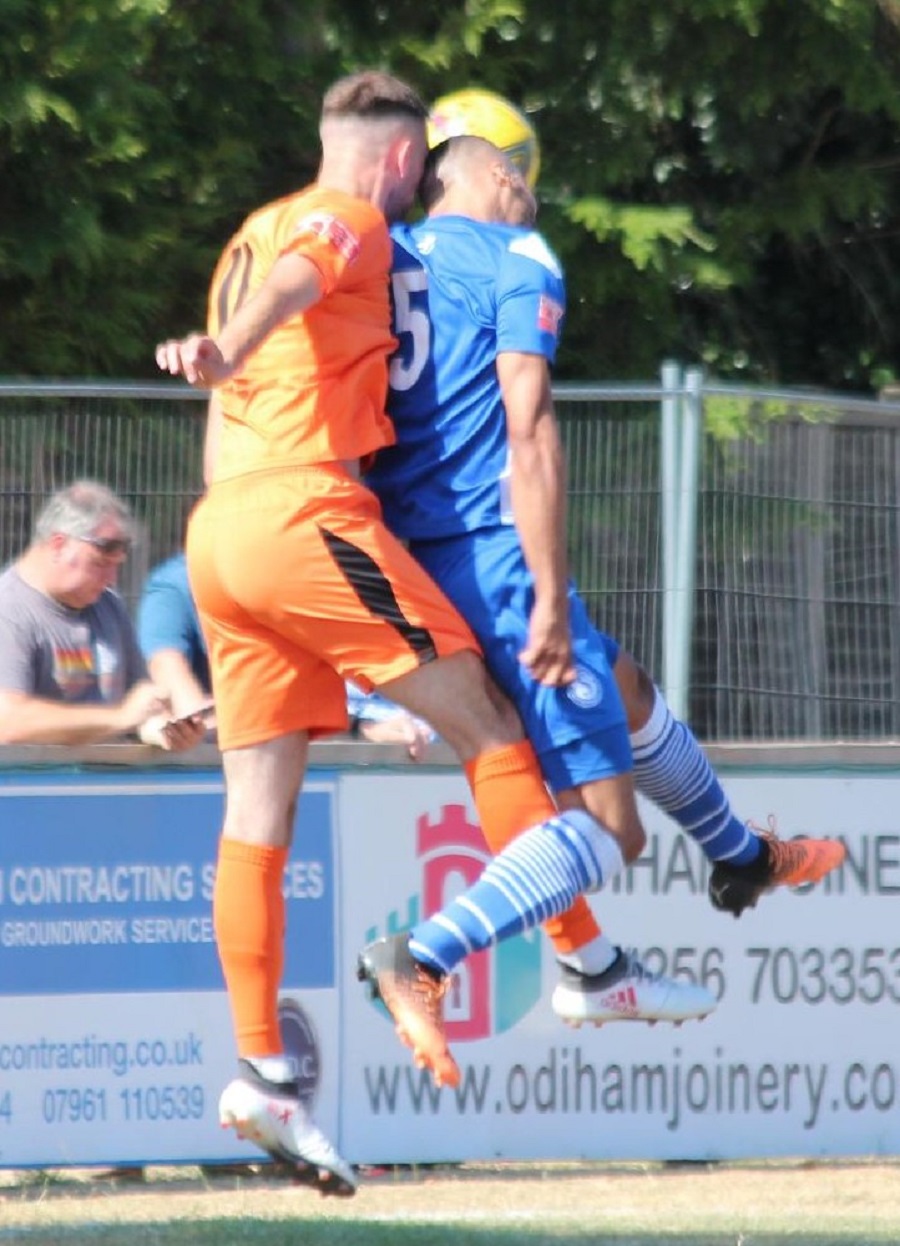 An opportunity fell to the home side from a corner when from a packed goalmouth there was a goal bound header. With Marine keeper Connor Johns beaten it was Marine’s Sam Turl who was nicely placed at the far post to head the ball off the line. Marine then had a couple of further chances in injury time which saw Brad Hooper denied by Desbois with the final opportunity for Hartley coming with a save from Connor Johns maintaining his clean sheet with a great stop from Zidan Akers shot. The perfect start to the anniversary season for Marine. A solid display by every player and whilst there were still things to work on technically the work rate of the entire team was very impressive.

Media Star man: Sam Turl. Literally any of the players could have walked away with the man of the match award but the fans vote went to Sam on debut. He was up against a very tricky opponent and he came out on top and we look forward to more displays like this from the steely right back.

All three goals
Courtesy of James Whitlock and Mike Wray