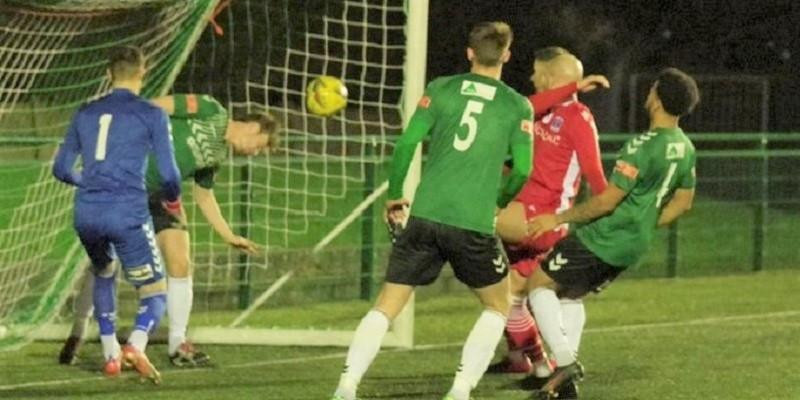 HENDON EDGE OUT MARINE TO TAKE THE POINTS

In a rearranged league match Marine made the trip down to London to take on Hendon FC at Silver Jubilee Park. Manager Lee Spalding went with an unchanged starting eleven from that which routed Walton Casuals at the weekend. Frankie Artus and Pierce Mitchell remained injured on the side-lines, Martin Horsell was absent due to Covid, George Dowling serving the final game of his two match ban and Brad Hooper unavailable for personal reasons.

Wearing all Red on the artificial surface Marine tried to force the early pressure. Ryan Campbell and Kieran Phillips both trying to force the pressure early on but to no avail. On twelve minutes Hendon’s first effort came when Eran Kinali put a shot wide. Basically there was lots of hustle and bustle with very little finishing touches. Kieran Phillips struck another chance wide on twenty minutes before Harry Williams tested Fred Burbidge in the home goal soon afterwards.

Jed Ward making his second start saved well from a Anis Nuur free kick soon after before the main incident on the half on the half hour. From a corner flicked on by captain Mat Liddiard, Jamie Edge’s header (top photo) looked destined for the back of the net before Joe White managed to head the ball away right on the goal line. Michael Hopkins then had a late effort that went over the top of the goal and a Henry Spalding free kick which eluded everyone brought a tight half to an end.

It seemed one goal was going to be enough and early on in the second period it arrived. From a clever corner routine JOE WHITE proved to be the hero again as his excellent half volley from a free kick out on the right wing rocketed past Jed Ward to give the hosts the lead. Hendon then looked to protect what they had with Quba Gordon going into the book on the hour for dissent. Marine found it hard to make any chances on the home goal with Zack Kotwica coming on late on to replace Harry Williams but could find no way through the resolute home defence.

In the final minutes Kieran Phillips got the better of the two central defenders and from six yards shot, which was going in was save with his foot by Fred Burbidge. So Marine had literally been edged out by the excellent Joe White who rightly picked up the man of the match award. A frustrating evening where no one really deserved the points but somehow the hosts had enjoyed the luck on the night.