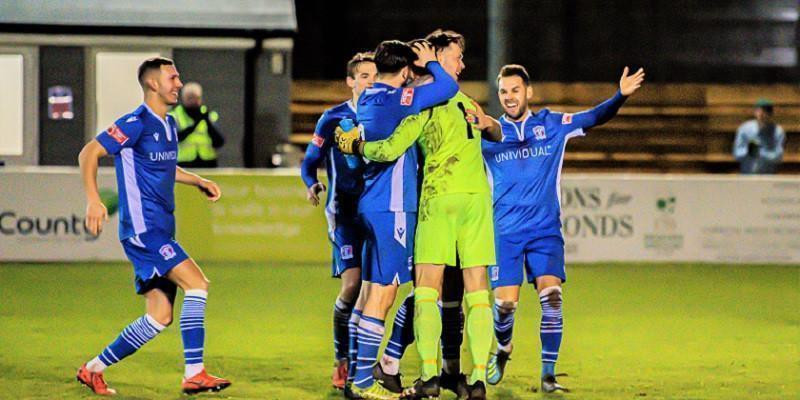 Swindon Supermarine took on Isthmian Premier League highflyers Carshalton Athletic at the Webbswood Stadium in the FA Trophy 2nd Round this Saturday. Marine were unchanged from the starting line-up that beat Dorchester Town last week with Jake Lee and Rhys Wells returning to the squad from the bench. Jack Stanley missed out with a hip injury. 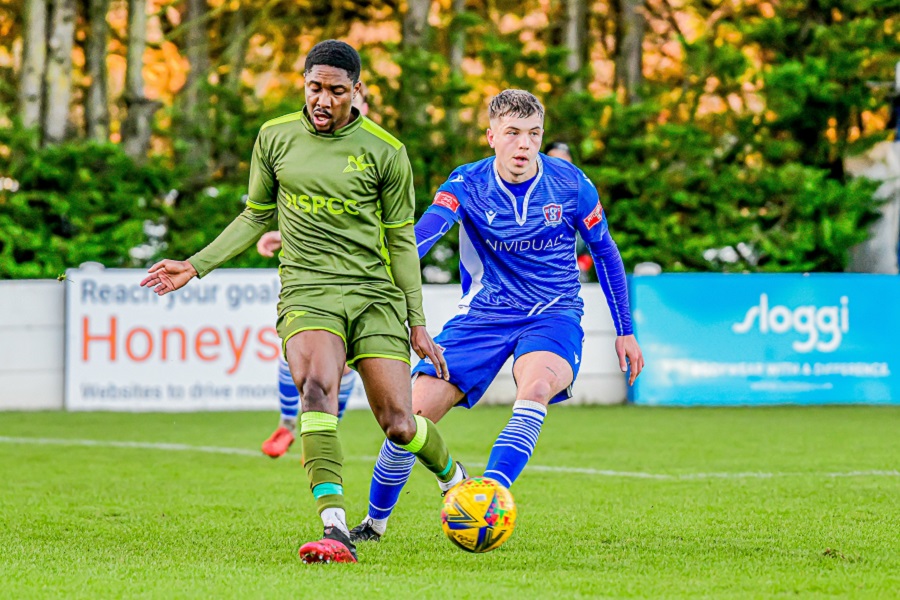 It was close from the kickoff with both sides sussing each other out early on. Carshalton’s Nyren Clunis had the first effort at goal just shy of the ten-minute mark blasting over the top. Henry Spalding went on a mazy run and his shot was pushed wide by debut keeper Lloyd Thomas for the Robins, as Carshalton are affectionally known. David Pratt and Carshalton defender Archie Proctor began a running battle during the game when on the quarter hour mark Pratt seemed to be pushed over in the box but the referee, who was on the blind side, waved play on. 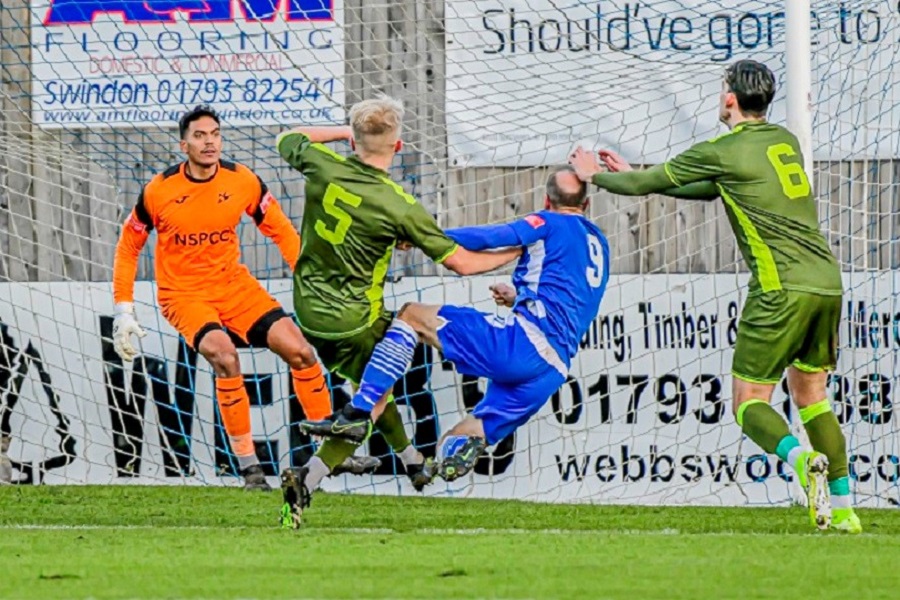 Marine were by now having a good spell in the game and skipper Mat Liddiard perhaps should have opened the scoring when he headed wide from a corner. It continued to be a hard-fought game with both sides very energetic and sharing much of the play. A better chance than Liddiard’s then fell to Conor McDonagh whose header from a cross by Ryan Campbell but he could only straight at the keeper Thomas. 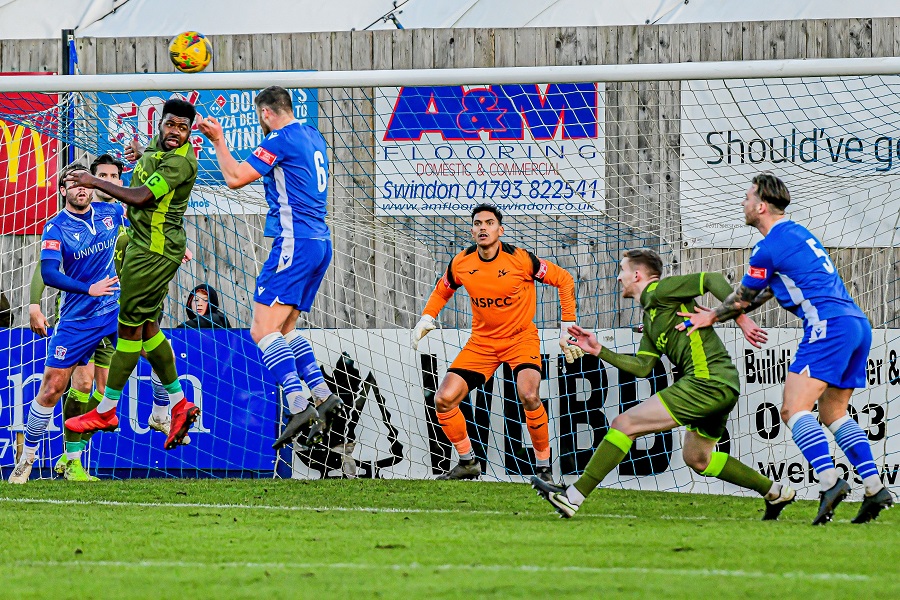 Carshalton’s full back Bobby Price was the first into the referee’s book after a series of fouls on Campbell. There were some signs of frustration in the visiting team at this stage but then they broke forward to flash another effort over the top to remind the hosts of the danger. Martin Horsell claimed the ball well soon after from a dangerous ball in as Carshalton finished the half well before Jamie Edge was booked for a trip on the edge of the box. 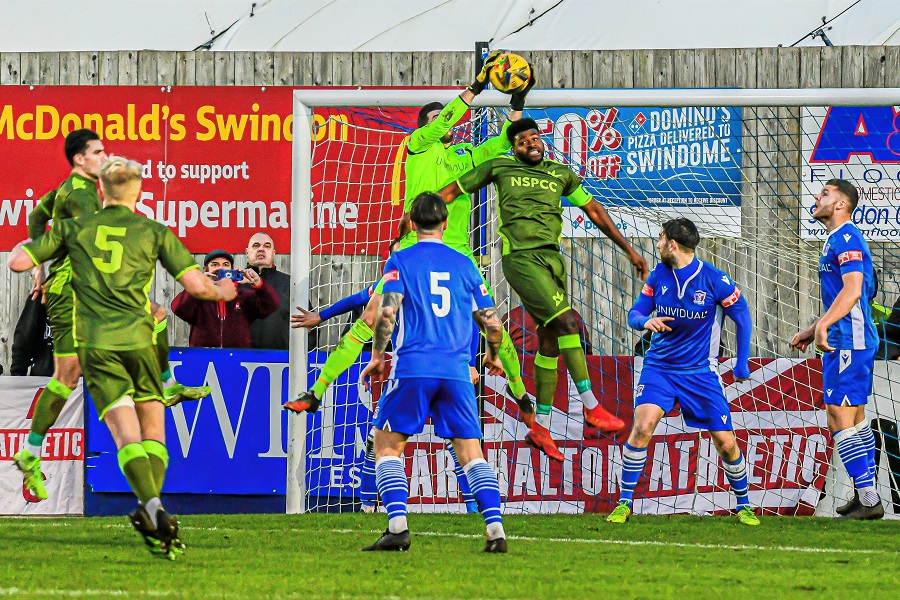 Marine came out for the second half looking lively and Campbell blasted an effort over the crossbar. But Horsell was called into action as he tipped away a Harry Ottaway header from the goal. Henry Spalding had a low shot pushed away by Thomas and Pierce Mitchell’s superb follow up was brilliantly blocked by a Robins defender for a corner. 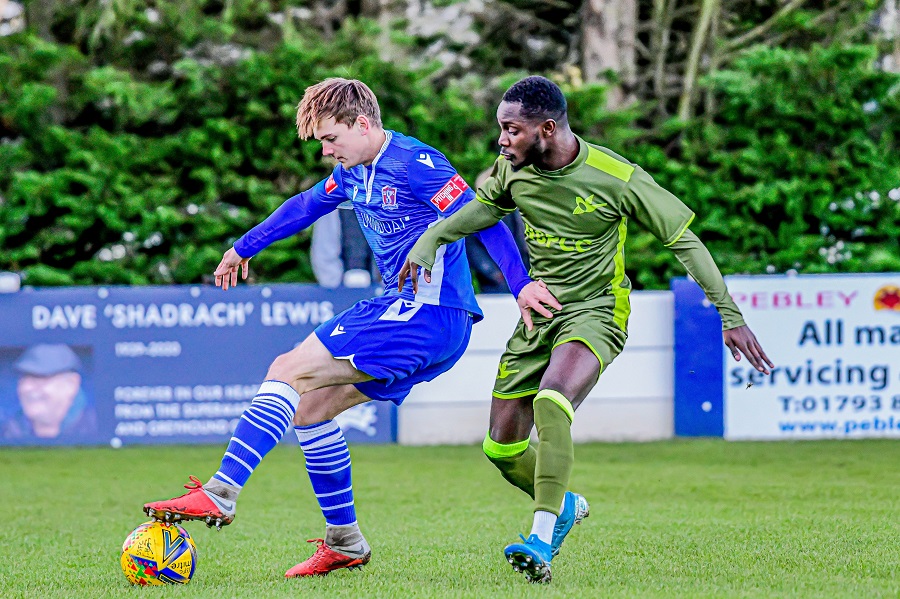 Marine decided to mix things up in a bit to open the scoring and Zack Kotwica entered just before the hour for David Pratt. This led to a dominant spell from Marine, but the Robins continued to defend very well. McDonagh got another good header in but keeper Thomas once again pushed it aside.

The best effort of the game came with 10 minutes left when Campbell cut in and blasted a fierce effort towards the bottom corner but once more Thomas was up to it and pulled off a superb reflex save to deny him. Conor McDonagh had one more good effort on goal, a thumping left footed drive but once again Thomas was up to it as he dived to his left to push away the shot with Henry Spalding just short from a tap in after following up the shot. 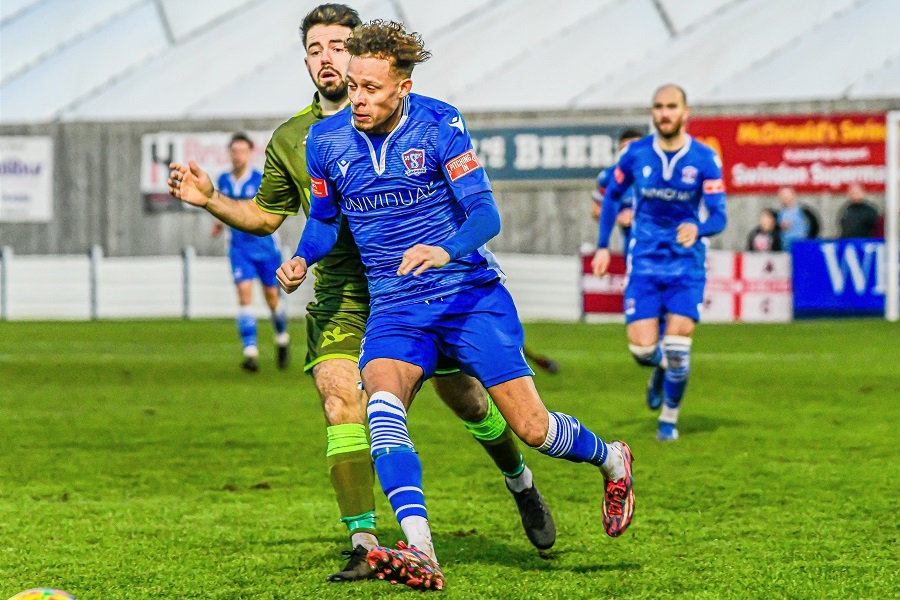 Ten minutes from the end Harry Williams came on for Conor McDonagh. In those final ten minutes Carshalton had their best spell of pressure in the second half but some strong defending led by centre backs Mat Liddiard and Pierce Mitchell’s saw the game finish 0-0 and with no extra time it was straight to spot kicks to settle this tense cup tie!

PENALTIES
1st. Carshalton went first and Kershaney Samuels spot kick was superbly turned aside by Martin Horsell to give Marine the perfect start. (0-0) 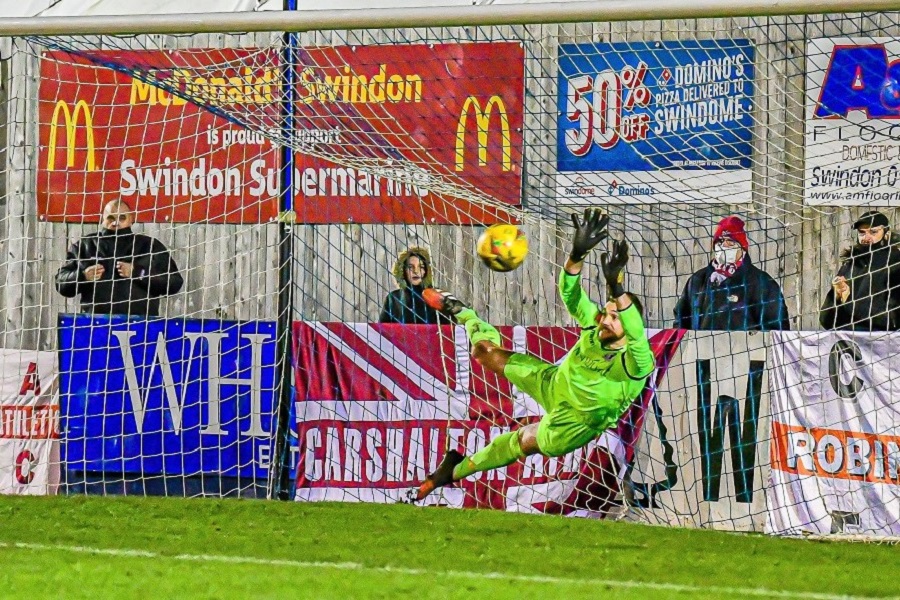 Zack Kotwicaplaced his kick down the middle to score. (1-0)
3rd Carshalton’s Ernold Haxhiu was next up and Martin Horsell saved again, diving to his right this time. (1-0) 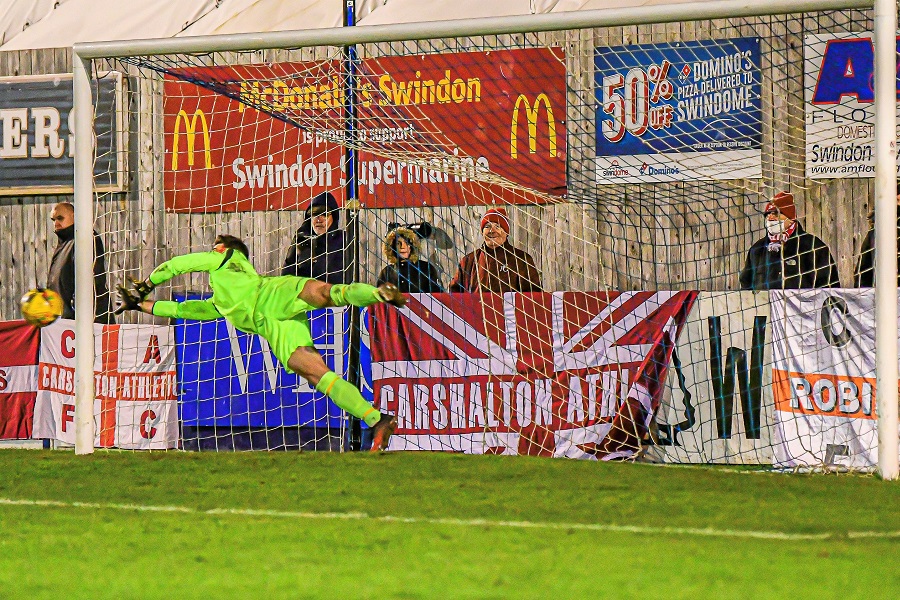 Tom Hanfrey stepped up to send Martin Horsell the wrong way to level it up. (1-1)
6th Brad Hooper’s tame side foot effort was straight at Thomas for an easy save. (1-1)
7th

The miss allowed Carshalton to take the lead for the first time when Harry Ottaway converted, the shot just eluding Martin Horsell who got a hand to the ball. (1-2)
8th

Robins’ Lewis White then scored easily for the visitors. (2-3)
10th

Finally, regular penalty taker Michael Hopkins drilled it home to make the scores level after five penalties each and now it was ‘squeaky bum’ time with those not expecting to take a kick having to come forward! (3-3)
11th

Jamie Edge levelled for Marine as he sent Lloyd Thomas the wrong way. (4-4)
13th Carshalton’s Luke Read’s driven kick was superbly kept out by Martin Horsell to give Marine the advantage. (4-4) 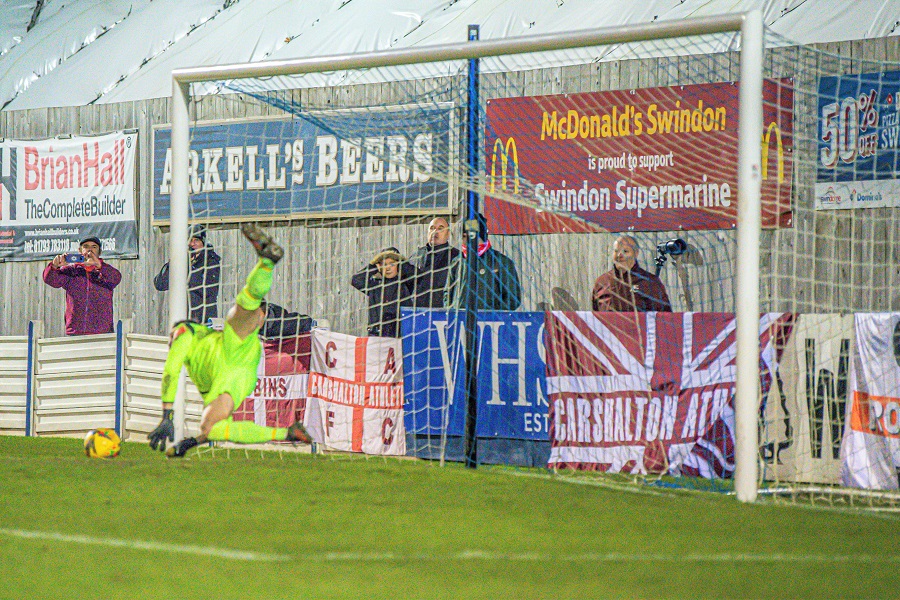 This gave Ryan Campbell a great chance to seal an emphatic win and a trip to either National League side Bath City or Chelmsford City in the Third Round Proper! Campbell made it look simple as he sent the Lloyd Thomas the wrong way and Marine were through for a well deserved 5-4 win on penalties. (5-4)

Some good displays on the day but man of the match had to go to the birthday boy of this week Martin Horsell, for a clean sheet and the penalty king having saved three shootout penalties!