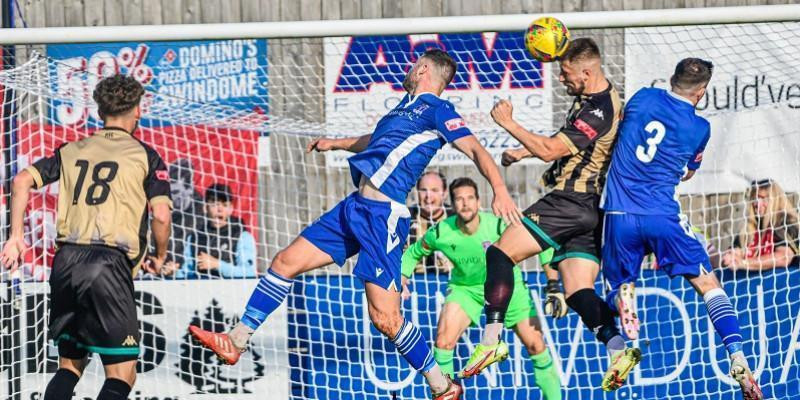 Swindon Supermarine took on the Dolphins of Poole Town Saturday afternoon in the Pitching In Southern League Premier Division South looking to avenge their heavy FA Cup defeat earlier in the season in front a healthy crowd but it was the visitors who came away with the three points. Manager Lee Spalding made three changes from the cup trip in midweek at Salisbury with Ryan Campbell, Conor McDonagh and Dan Ball returning with Frankie Artus and Matt Coupe missing out with injury. 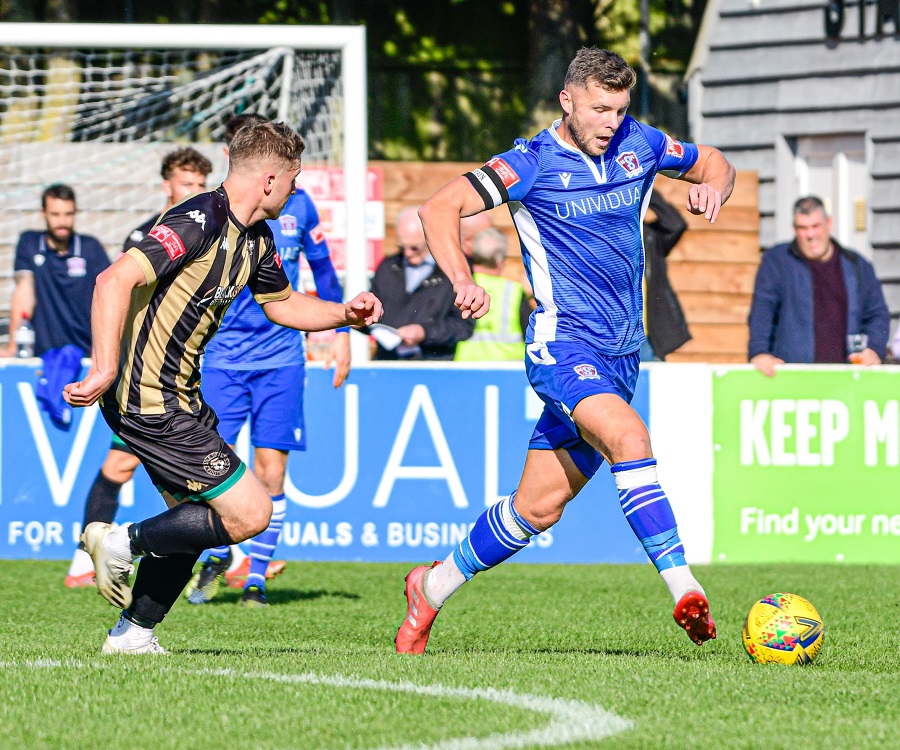 It was a quiet start to the game as both sides struggled to settle, Mat Liddiard taking up a new role on the day in midfield for the first time this season. As the game went on Marine started to show signs of finding their feet and indeed were the first to have a shot when Conor McDonagh blasted over the bar just before the half hour. The game continued to be a tight affair with Poole looking very solid at the back. McDonagh slipped Liddiard through in the best chance of the half on 33 minutes which left him with a one-on-one with Poole keeper Alex Rutter but he took the ball to close to the keeper and he smothered the ball and a great goal scoring chance had gone. The final action of the first half saw Tyrone Duffus booked for a late challenge and with both defences very much on top at the break. 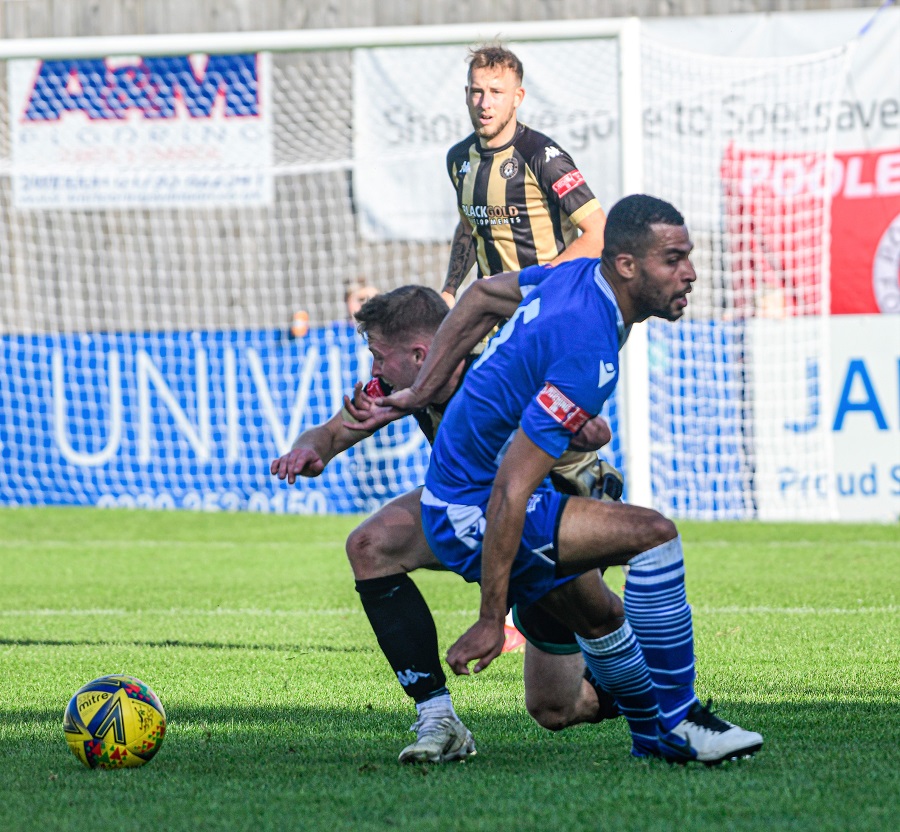 Marine came out with much more determination in the second half and McDonagh whipped a terrific ball across the box but it eluded both David Pratt and Mat Liddiard in front of goal when only a touch was needed with Poole keeper Rutter static in the middle of the goal. McDonagh continued to be the catalyst for everything the hosts did. Following up with a cross that turned into a shot and struck the post and out. Jamie Edge’s became the second Marine man in the book after a cynical foul on the edge of the box. 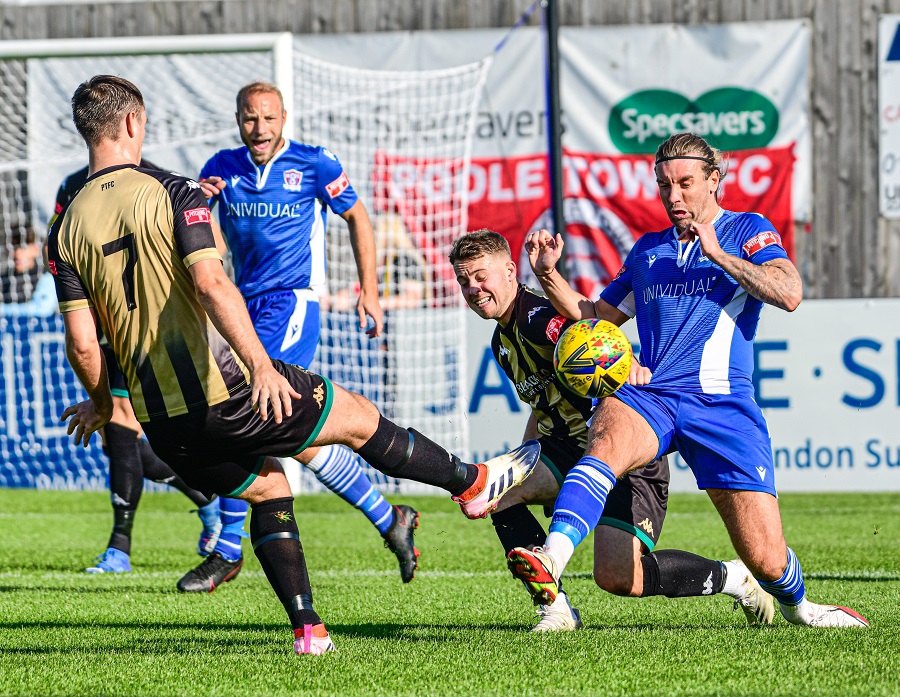 On the hour Michael Hopkins went off with a knock from a heavy tackle by Luke Holmes earlier in the game which went unpunished and was replaced by Zack Kotwica. A change which also saw Liddiard move into defence. The flashpoint of the game came on 62 minutes when Poole’s Jack Dickson jumped in on a challenge. It looked like a borderline red card but the referee opted for just yellow but on another day the Dolphins would have been down to ten. 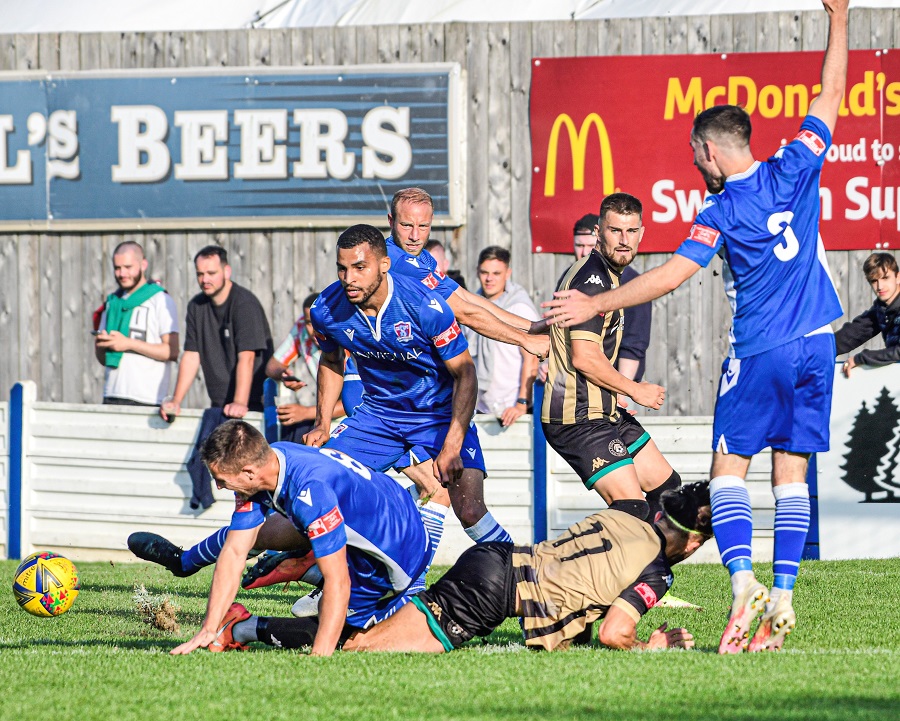 Harry Williams replaced Ryan Campbell on the wing with 20 minutes to go after the wide man picked up a knock to the claf. The chance of the second half came soon after when the substitute beat his man and put in a perfect cross for McDonagh but he’s powerful side foot was saved by the legs of Poole keeper Alex Rutter from six yards out. Poole were having only having occasional attacks by now but on 77 minutes Martin Horsell and Brad Hooper did well to deal with dangerous ball crossed into the box and clear it away. 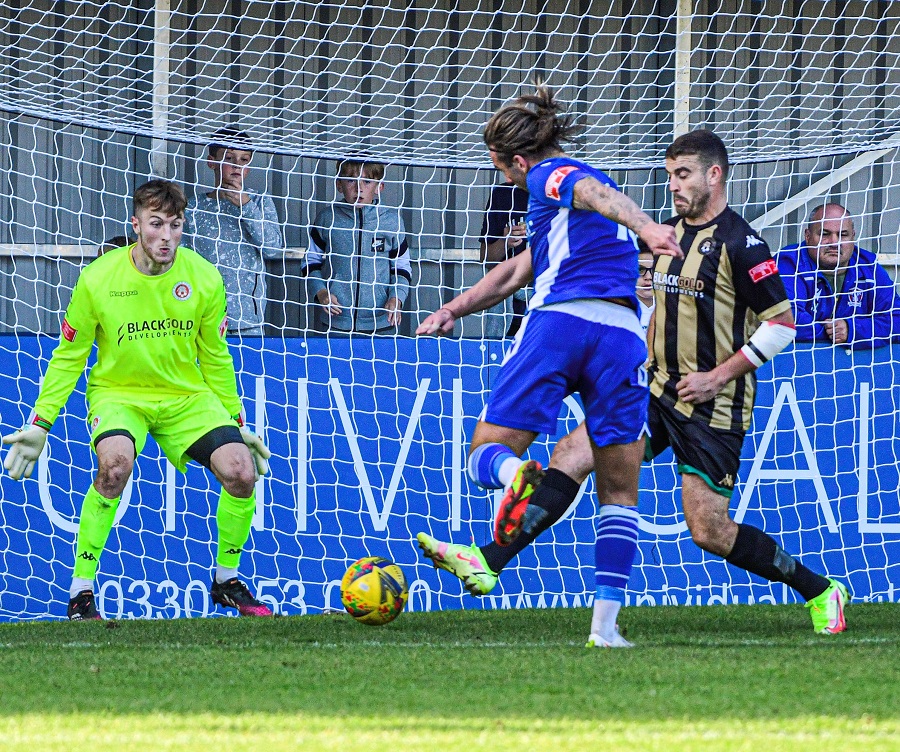 Zack Kotwica beat his man magnificently on 80 minutes and put over a pin point cross to the head of McDonagh but once again the target man was out of luck placing his header just wide of the near post. And then the sucker punch! A mazy final foray forward from Poole’s Luke Holmes saw the ball deflect on the edge of the box to the league’s top scorer TONY LEE and he does what he generally always does in a match. Despite being kept very quiet all afternoon he gobbled up the one chance that came his way and drilled the ball into the bottom corner from the edge of the box to steal all three points for Poole Town. 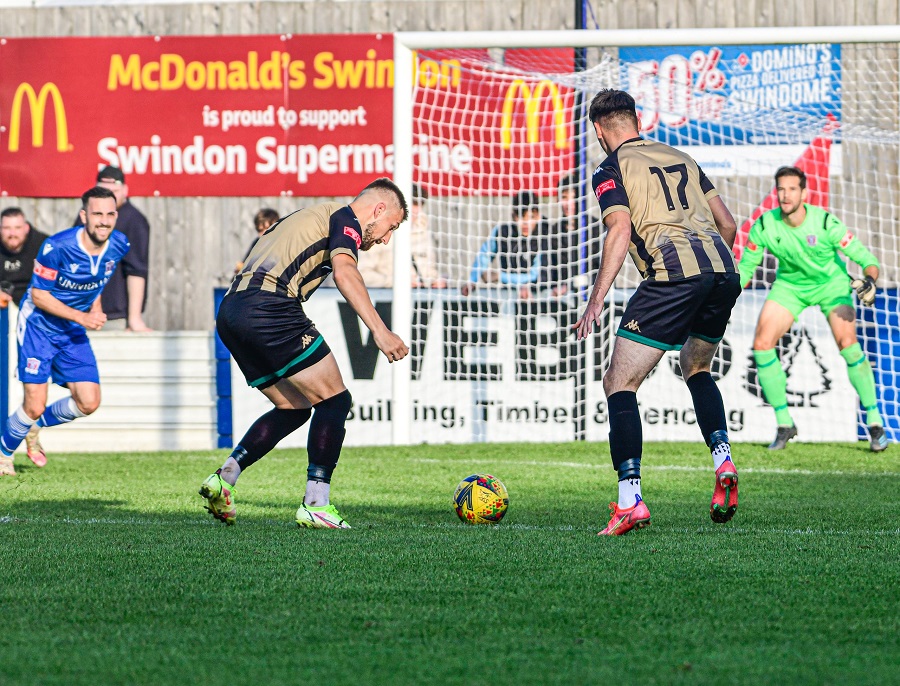 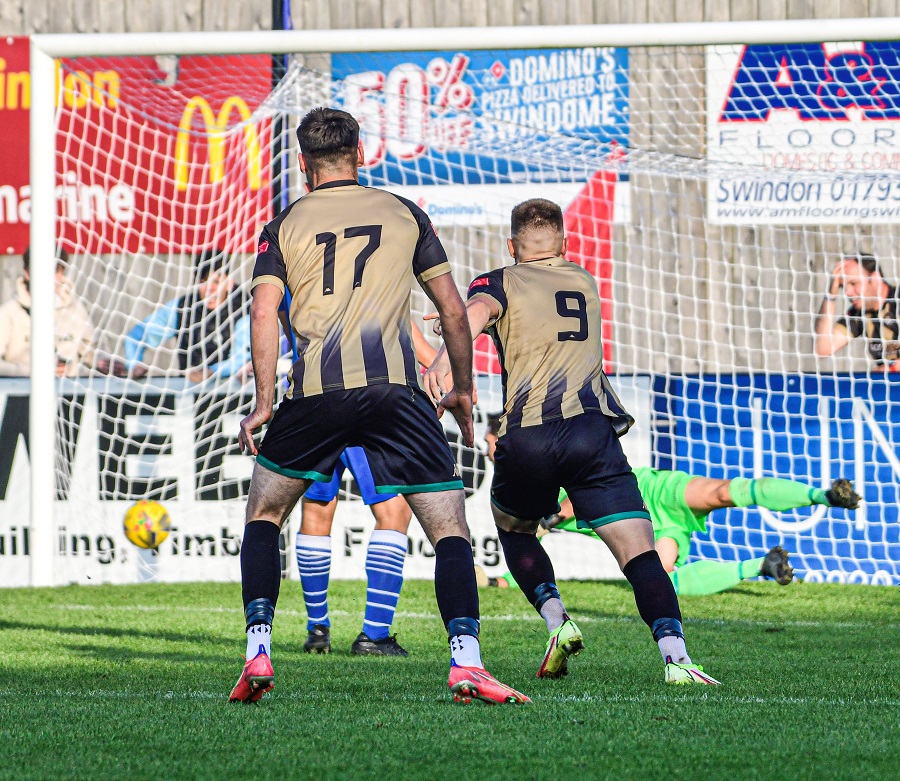 A harsh result for Supermarine with the game probably deserving to be a draw practically all afternoon and as a result the unbeaten home record was broken in the process. The result leaves us in midtable but knowing we have played the majority of the sides in the top eight in our ten games so far so a lot to feel good about before another tough ask at Chesham United on Tuesday evening.