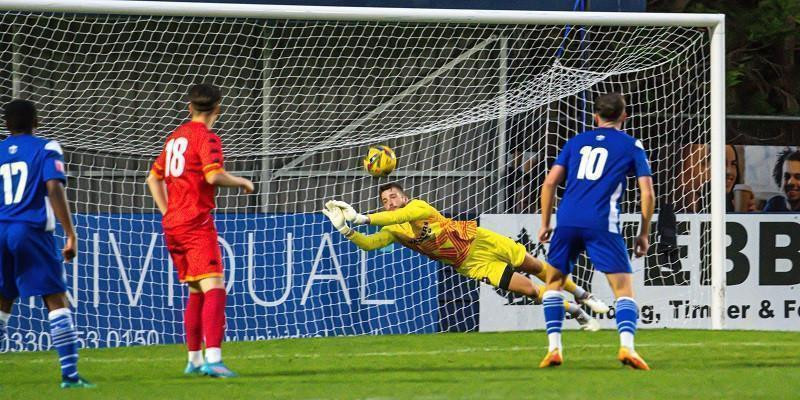 Marine had their third preseason game on Tuesday night coming up against higher level opposition in National League North side Gloucester City. The match saw the return to the squad of Conor McDonagh and Brad Hooper after their holidays but lined up with the same side that started in their superb victory over Swindon Town on Saturday. 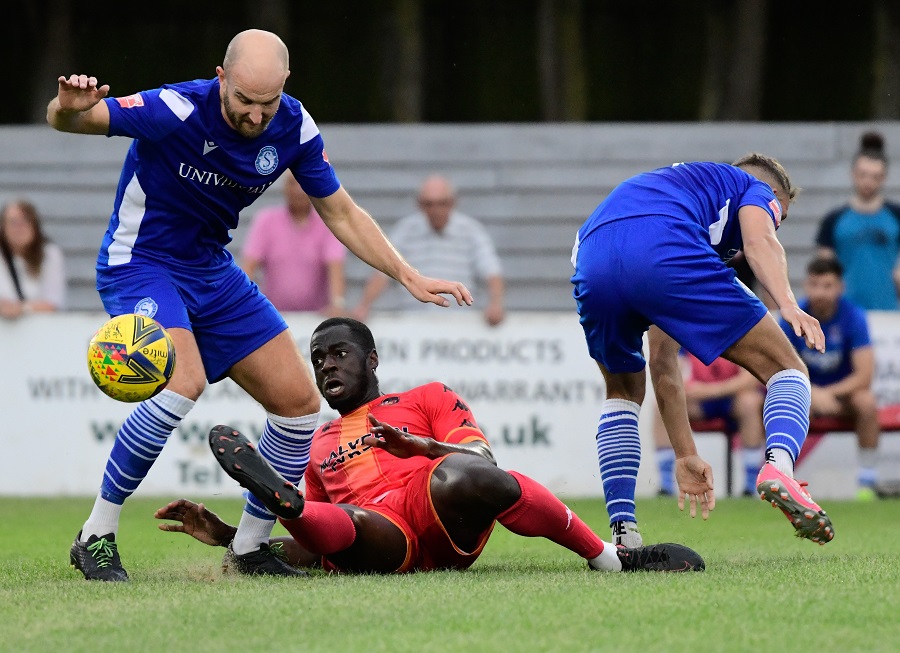 Gloucester started very strongly, looking fast, physical and well organised but on eight minutes Ryan Campbell was putting on the pressure but the Tigers broke strongly after we gave the ball away and Jamie Edge had to get back to defend a cross that he sliced over the bar for a corner. From the set piece a strong header, which looked bound for the top corner, but was kept out by a strong hand from home keeper Connor Johns . 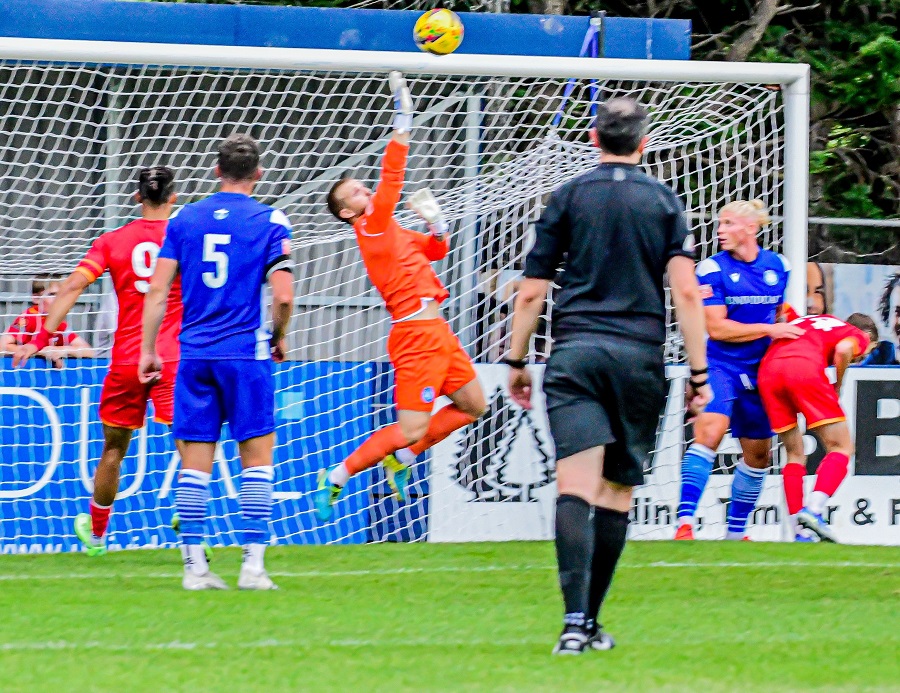 But on seventeen minutes the continuous pressure from City finally told when a good move down the left wing and a cross to the back post was headed back into the middle of the goal where MATT MCCLURE got the finishing touch to slot the ball into the corner of the net to leave Connor Johns with no chance as it also slid past Mat Liddiard who was on the goal-line. 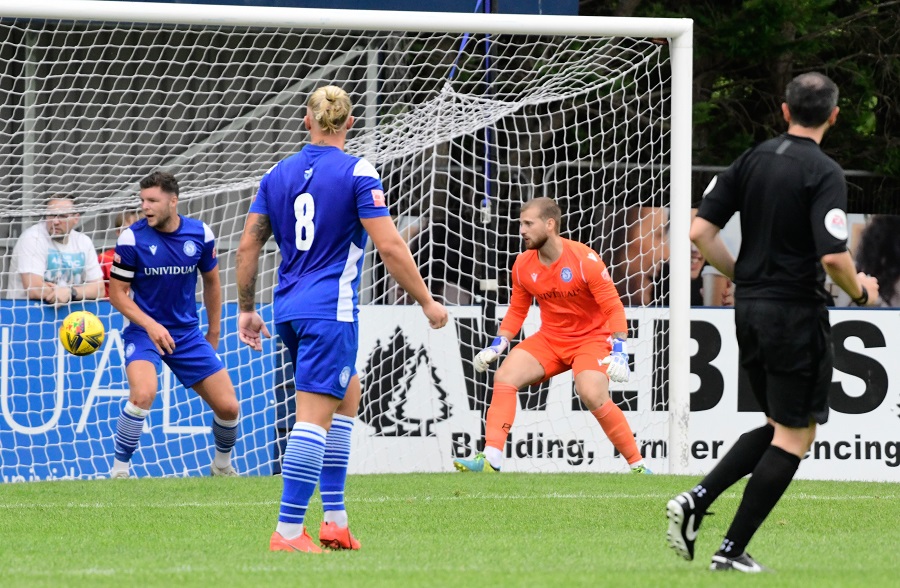 Midway through the half Marine were struggling to put anything together but just after the half hour Harry Williams and Henry Spalding combined well to create an opening. Spalding received the ball inside the box and with the keeper to beat and a defender sliding across him he pulled the ball inside and with the goal at his mercy just a few yards from the goal, he smashed the ball high and wide with his favourite left foot. The game then drifted out to half time with Marine defending well for the most part but creating to much at the other end. 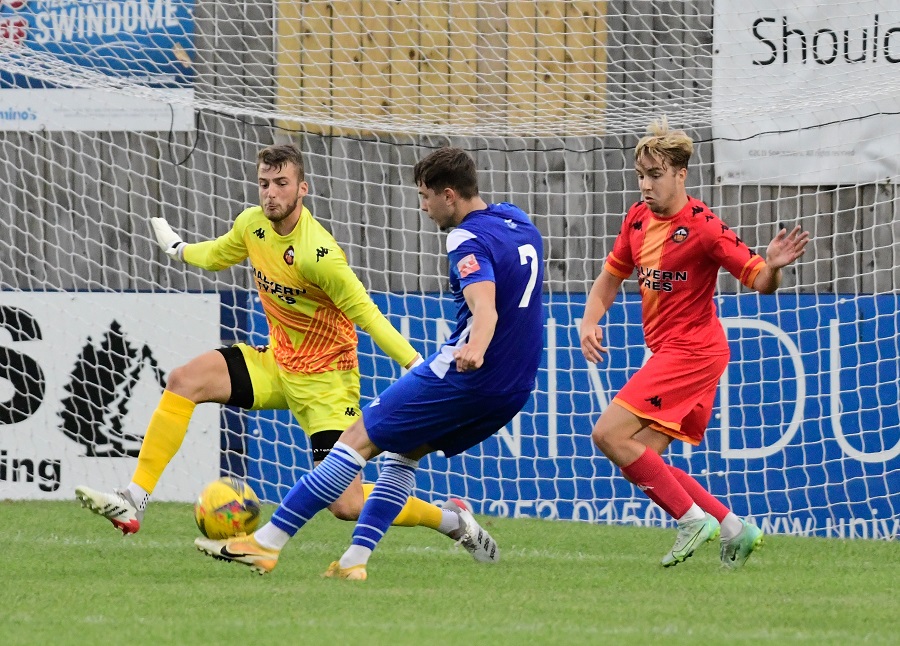 The second half started in a different vein. Manager Lee Spalding brought on Conor McDonagh, Brad Hooper and Zack Kotwica for Harry Williams, Ryan Campbell and Jamie Edge. Within seconds of the second half Gloucester defender Ben Morgan got into a mix up at the back with his keeper Liam Armstrong, and with James Harding bearing down on the defender he robbed him of the ball and found HENRY SPALDING who finished well from and angle and from out on the right wing. 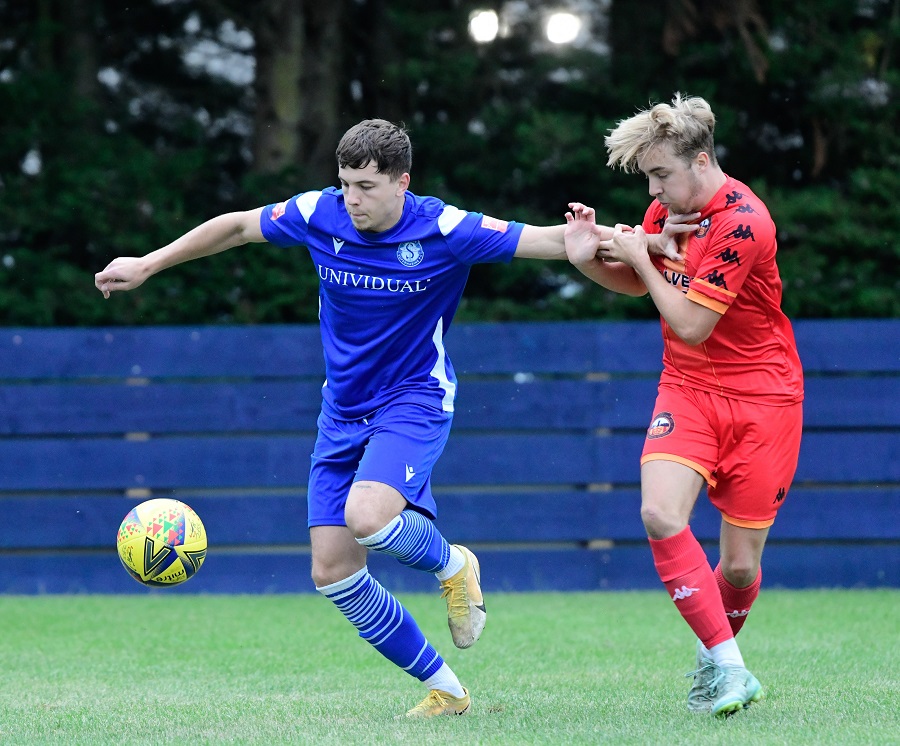 Marine never looked back for the remainder of the half after the equaliser, dominating the pressure for much of the second period. Zack Kotwica’s wing play set up Henry Spalding again on fifty-four minutes but this time he side footed wide when well placed in front of goal.

Various changes continued to be made with Trialist A on for Lewis Hall. Sam Turl, who had another impressive game at right back, made a strong run on the hour but the final ball into the box just eluded James Harding. Conor McDonagh had a close range header well saved by Gloucester keeper Armstrong on sixty-seven before Jack Stanley, Leon Morrison and Trialist B entered the fray for Sam Turl, Tom Sharpe and Henry Spalding. 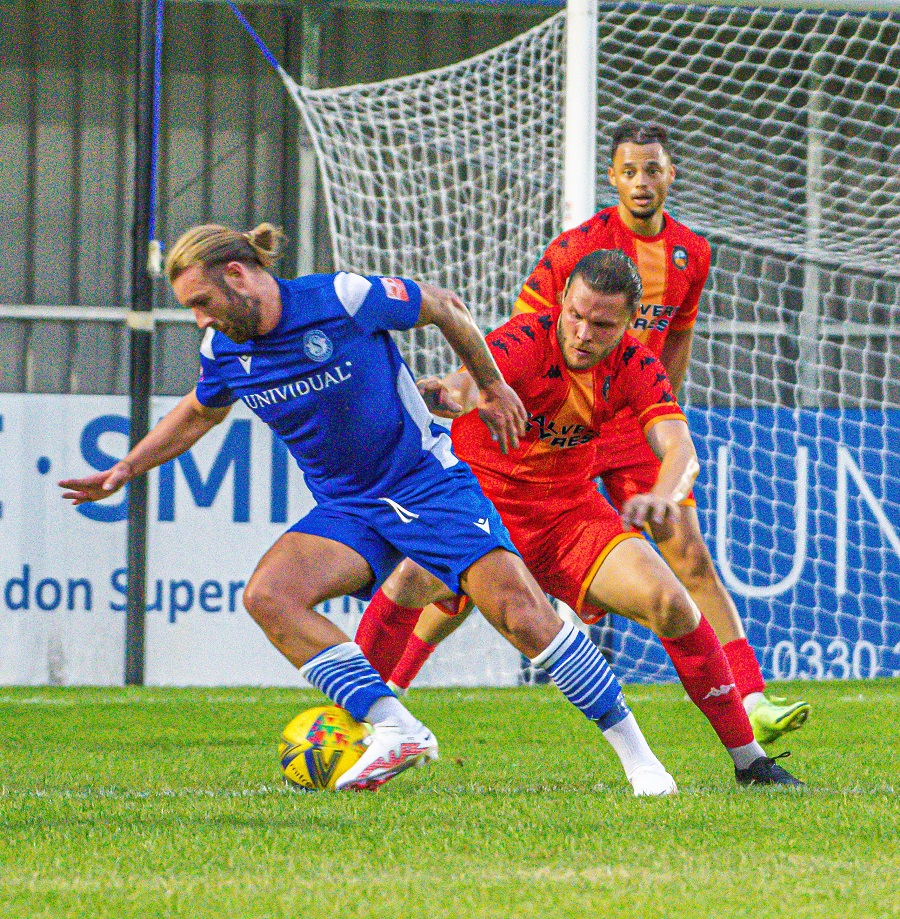 Trialist A almost found the net from a deep cross in which eluded everyone and in the end the goal itself, before the final chance came when a fierce drive from Conor McDonagh flew wide. Marine left the pitch feeling perhaps they should have won with that second half display but will nonetheless be pleased with the overall showing against their full time opponents. The squad is looking very strong indeed this season. Next up two games in two days, Bishops Cleeve away on Friday night and then Forest Green Rovers at home on Saturday for a 1pm kick off.

Fans Star man: Mat Liddiard – powerful leadership from the back.