Marine took on Yate Town in their latest game in the Southern League Premier South at the Webbswood Stadium on Saturday afternoon. Manager Lee Spalding opted for an unchanged starting eleven for the first time this season after a good showing against Truro City in midweek. The only change in the squad saw Henry Spalding returned to the bench after his spell at Salisbury, replacing Chris Zebroski 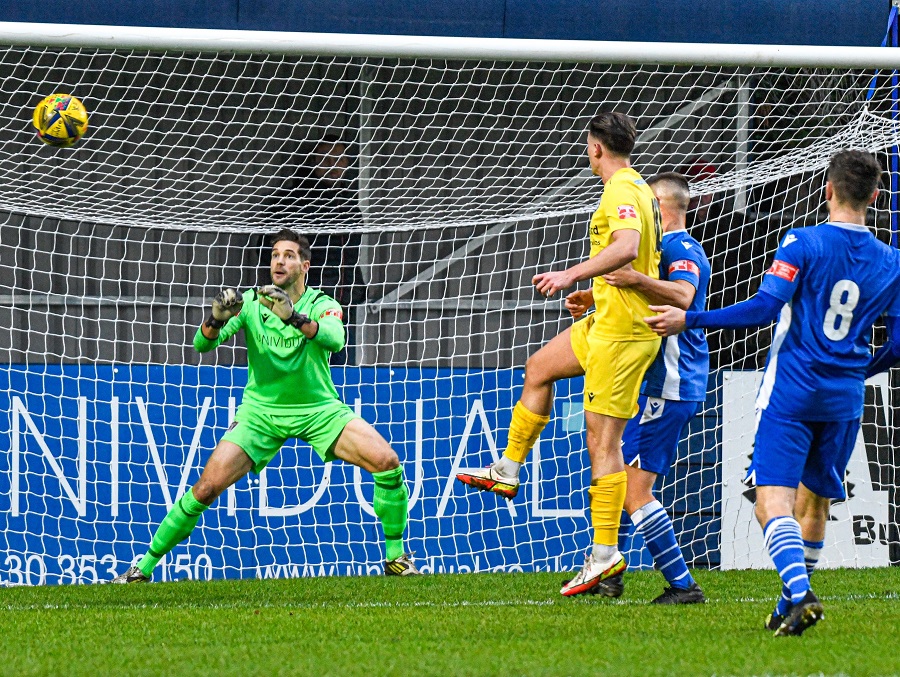 Yate started the game as they meant to go on with a physical and direct game utilising the strength of their team. Ryan Campbell had the first effort of the game for Marine with his shot deflected into goalkeeper Andy Hannah’s arms in the 13th minute. But the first twenty minutes ended with a real contrast of styles, Marine attempting to play the ball on the ground and Yate playing a more direct game 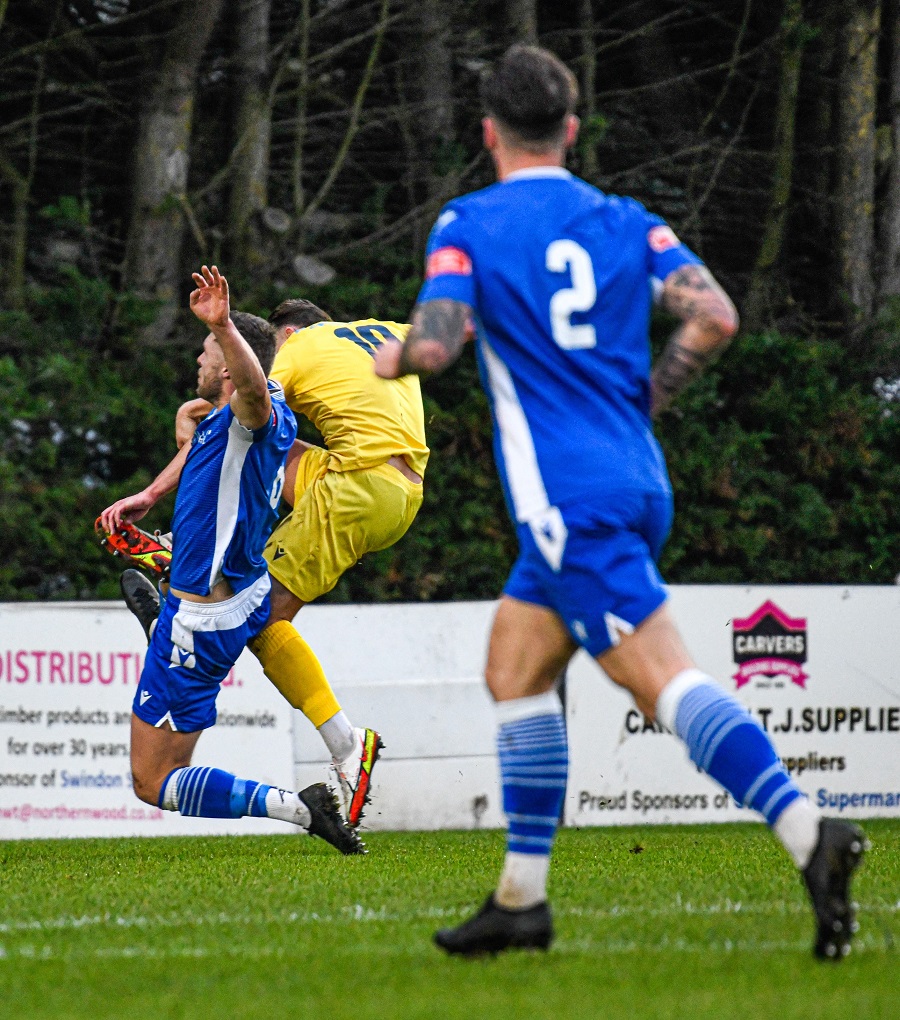 The visitors first chance at goal in the 23rd minute was comfortable for Martin Horsell but just a minute later they were one up with their second attempt. Striker JAMES HARDING shrugged off skipper Mat Liddiard before thumping a shot in off the post. Marine responded well to going behind with Kieran Phillips running towards the box on the half hour before slashing his shot high and wide. 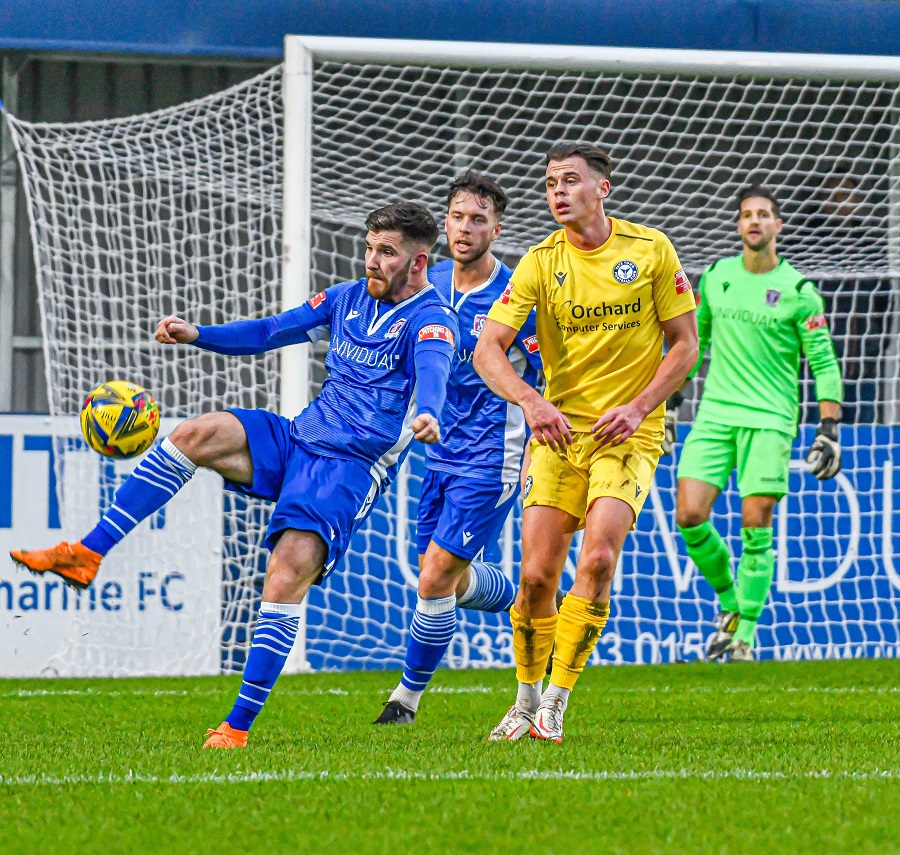 Harry Williams then broke into the box and was met with a heavy challenge but stayed on his feet before being dispossessed. If he had not been so honest a penalty might well have been awarded but instead the match official gave nothing. Kieran Phillips got on to a defensive error soon after but somehow put the shot wide instead of testing the keeper. Before half time efforts from Ryan Campbell and Brad Hooper were well blocked and a late Harry Williams effort into the hands of Hannah to bring proceedings to a close. One chance had been taken but Marine were pretty equal to their opponent. 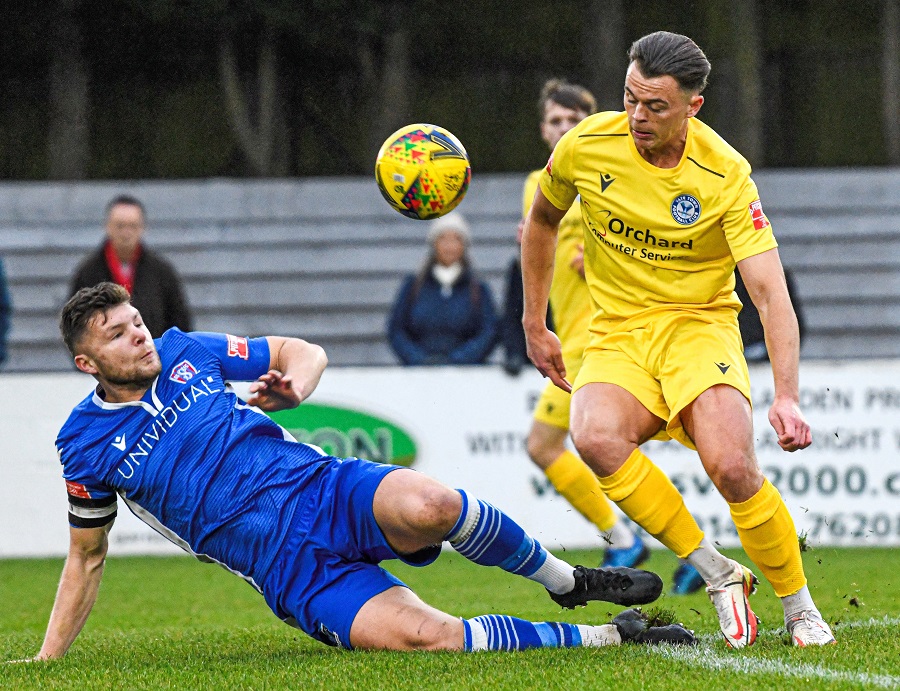 Early subs arrived in the second half with Yate’s Jamie Adams going off injured and replaced by Max Williams and Marine’s Conor McDonagh replacing Harry Williams soon after in a tactical switch. Zack Kotwica got in a low shot well saved on 56 minutes before Pierce Mitchell went into the book for a foul. A good through ball from Frankie Artus nearly broke for Zack Kotwica but keeper Hannah, who rushed out of the penalty box just got there first. On the hour before Henry Spalding replaced Zack Kotwica soon after in a second change for Marine. 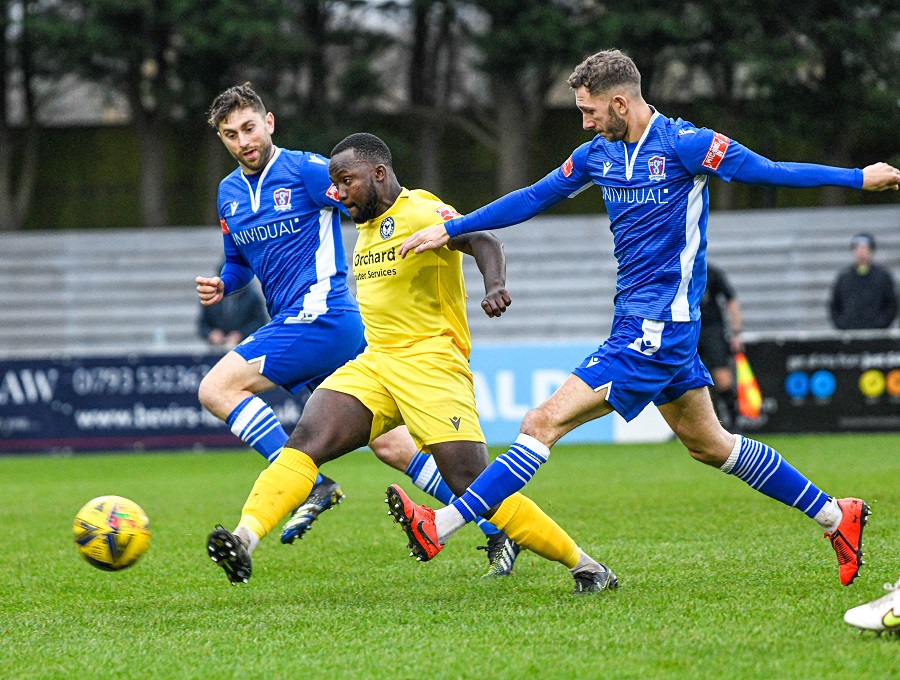 Then came a double whammy that Marine never recovered from with James Harding and Luke Hopper linking up twice in quick succession to seal the points. A move down the right on 65 minutes saw Hopper pull the ball back for JAMES HARDING who steadied himself before slamming the ball home for his brace. Just three minutes later Harding returned the favour with a cross into the middle where LUKE HOPPER, looking a yard offside, expertly headed into the corner and sadly for us the linesman flag stayed down. 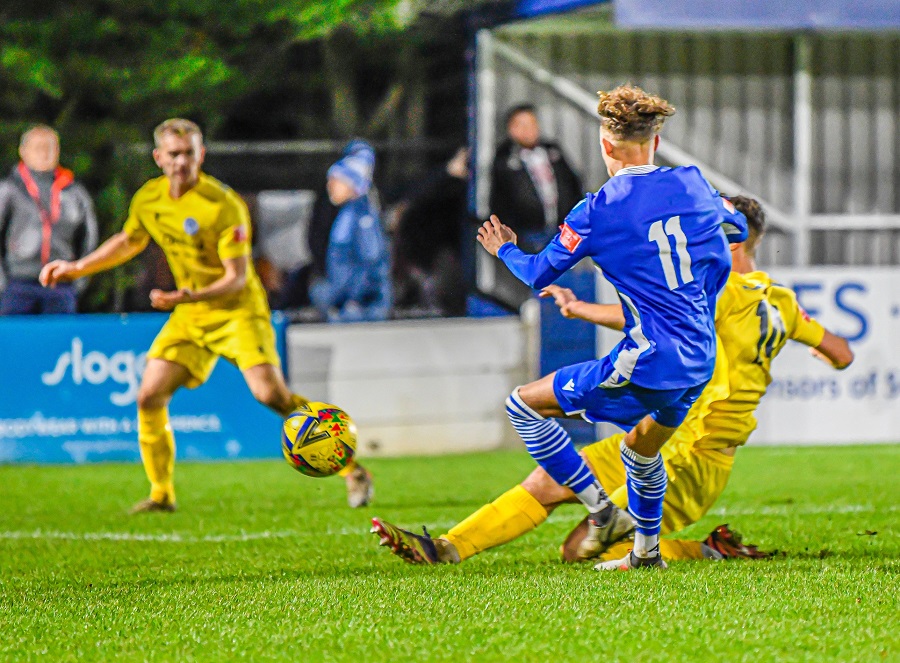 Kieran Phillips and Ryan Campbell had further efforts as Yate tightened up at the back to hold on to the win before deep into injury time keeper Hannah got into a mess after a flurry of corners and flapped at one and with the ball in a melee of players on the goal line KIERAN PHILLIPS (top picture) made it 5 goals in 5 games since his arrival on loan from Bristol Rovers to give some consolation to the day for the Marine fans, if only a small one. 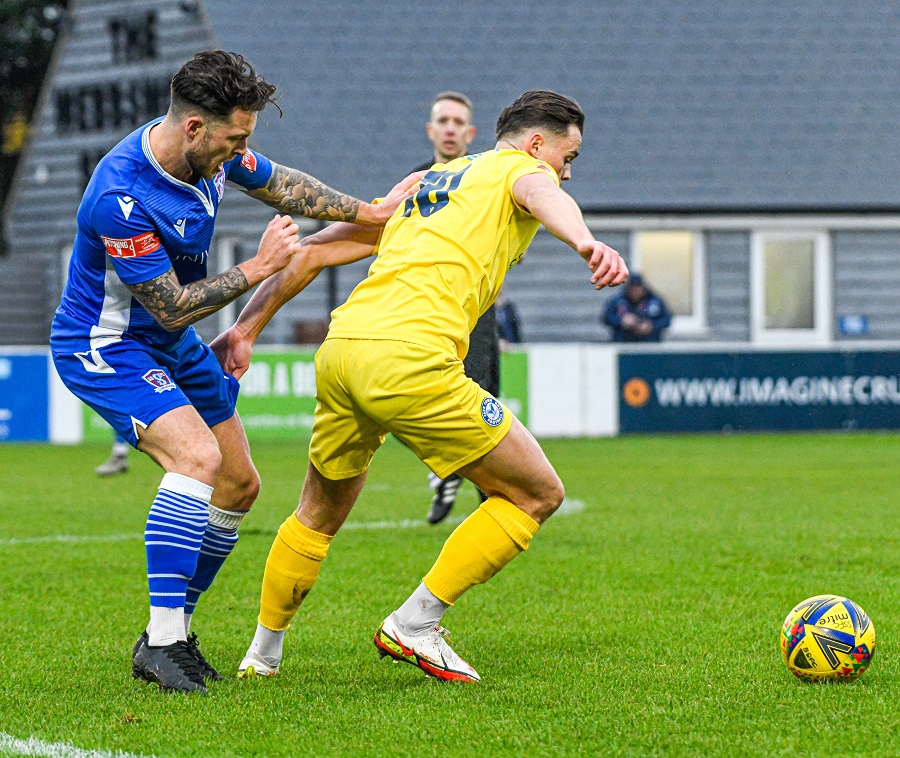 Yate for what it was worth looked one of the best sides to grace the Webbswood so far this season, they were strong, well organised and above all clinical, and Marine will need to up their game for the challenges ahead starting with Harrow Borough at home on Tuesday night to avoid being dragged into a relegation scrap.