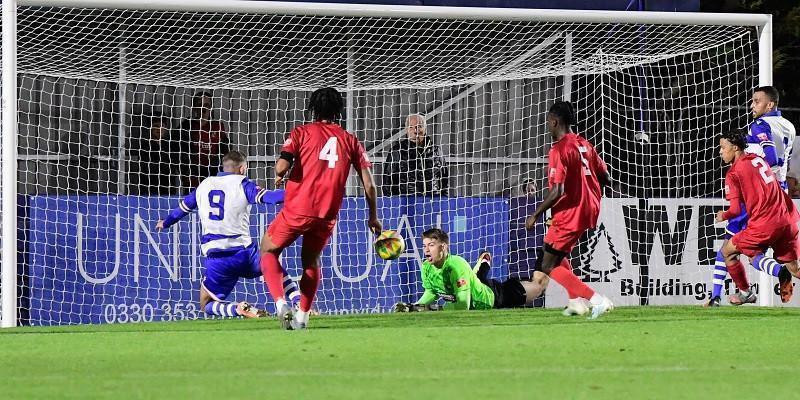 MARINE NOT AT THEIR BEST BUT GRIND OUT A WIN

Swindon Supermarine were back in league action on Wednesday night as they entertained Harrow Borough looking to keep their unbeaten home record in the league in place. Manager Lee Spalding made two changes from the side that won at Tiverton Town on the Saturday with James Harding replacing Ryan Campbell and Joe Tumelty in for his debut after signing from Yate Town replacing Tom Sharpe. Lewis Hall, George Dowling and Jamie Edge continued to be ruled out with injury. 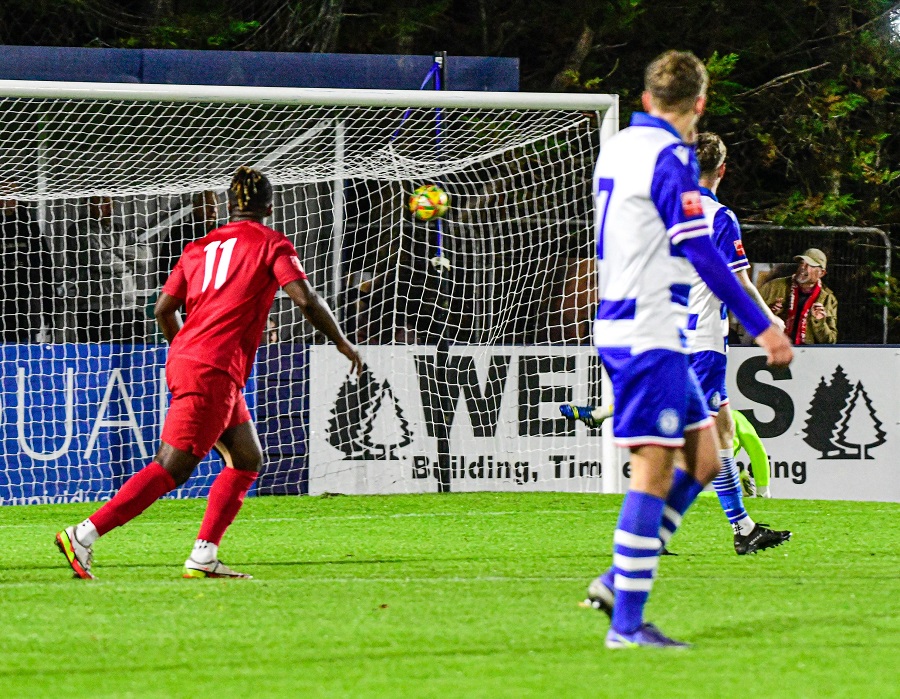 Marine started sharply and James Harding had an excellent opportunity to open the scoring after just two minutes but his shot on the turn was straight at Jacob Knightbridge in the Harrow. But the strong opening turned out to be a false dawn and it was the visitors who took the lead. BILLY LEONARD found some space on the edge of the box and drove home a shot into the corner which despite getting a hand to after a slight defection Marine keeper Josh Gould could only palm the ball into the net. 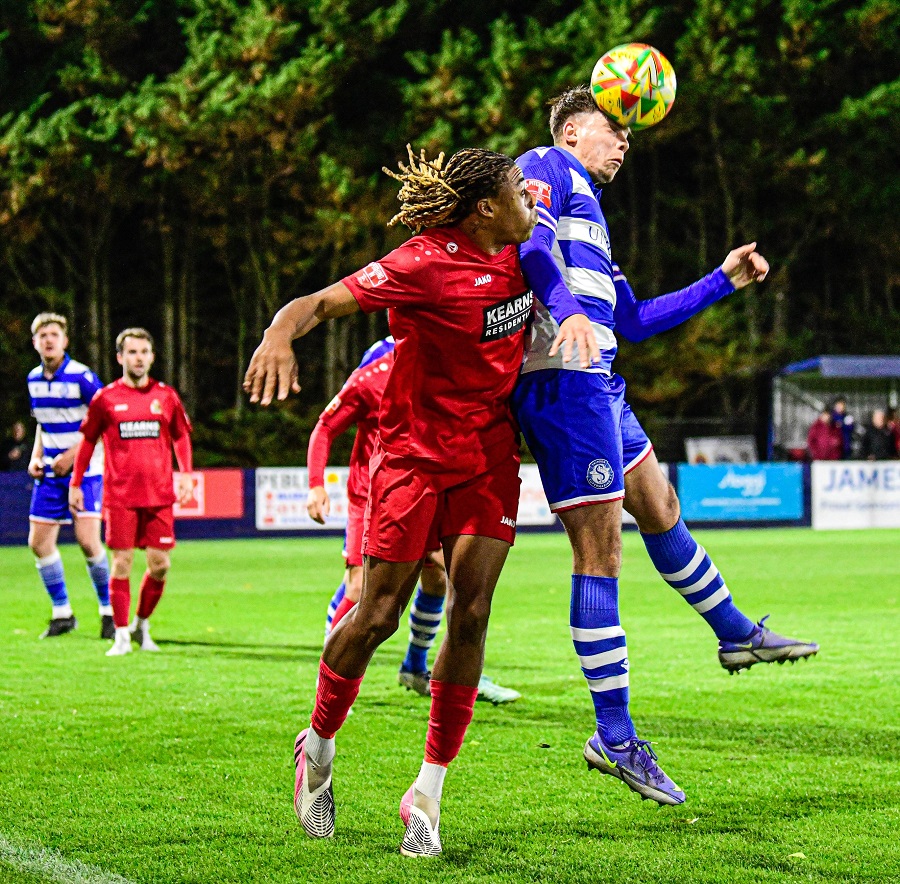 Leonard had another effort soon afterwards but this time it was straight down the throat of the home stopper. Marine were being outrun and looked a little sluggish as Borough gave it their all in the first period and apart from a long-range strike from Hooper Marine were not at the races. Michael Bryan replaced Kamon-Sherell Assidjo for the visitors after an injury on twenty-eight minutes and Marine were thankful that the score line did not increase particularly after a shot by Moore five minutes before the break hit the post and bounced back kindly into the hands of the goalkeeper Gould. The hosts were glad to get into the dressing room just one goal behind, knowing that surely the visitors could not keep up this kind of intensity. 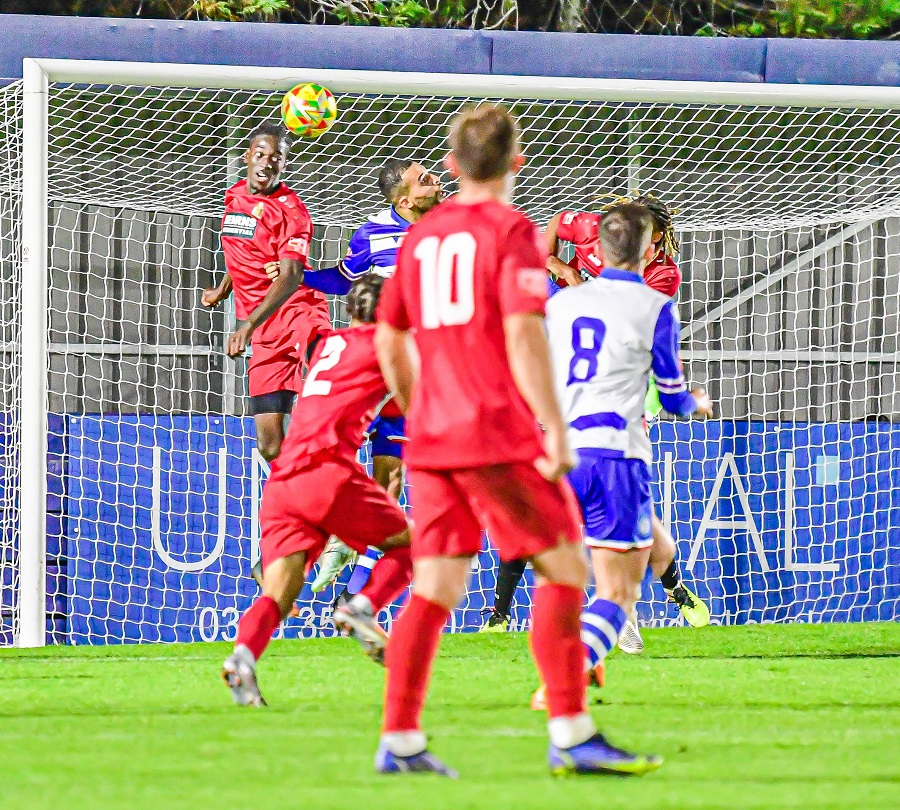 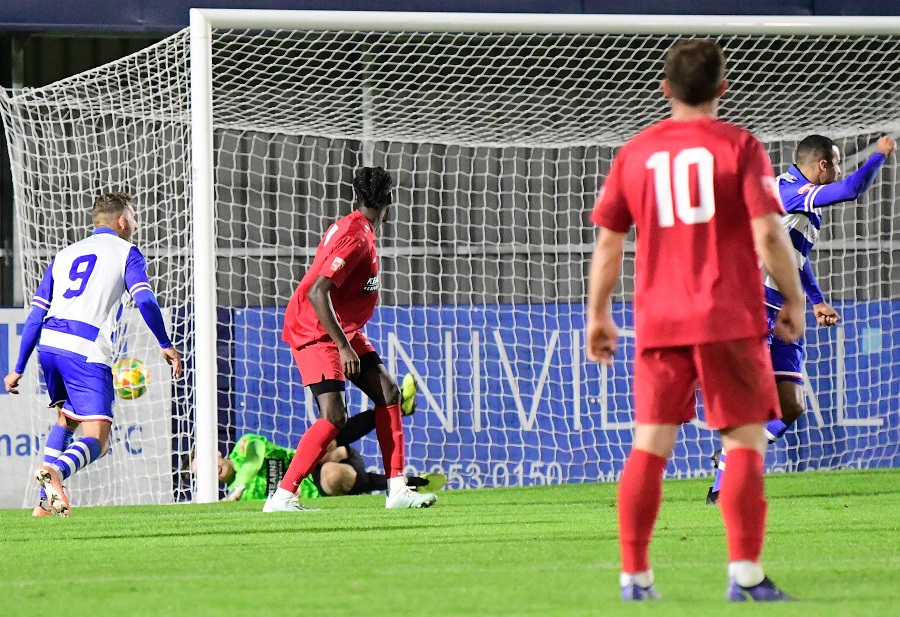 And so, it proved. Despite another bright start to the half from Borough the turning point came with the introduction of lively winger Ryan Campbell on for Henry Spalding just eight minutes into the second period. He seemed to provide the first real threat to the away goal, and it was from a long throw by the winger that TYRONE DUFFUS got there ahead of his marker to head the ball downwards and into the goal and earn Marine a leveller on the hour mark, his first goal of the season. 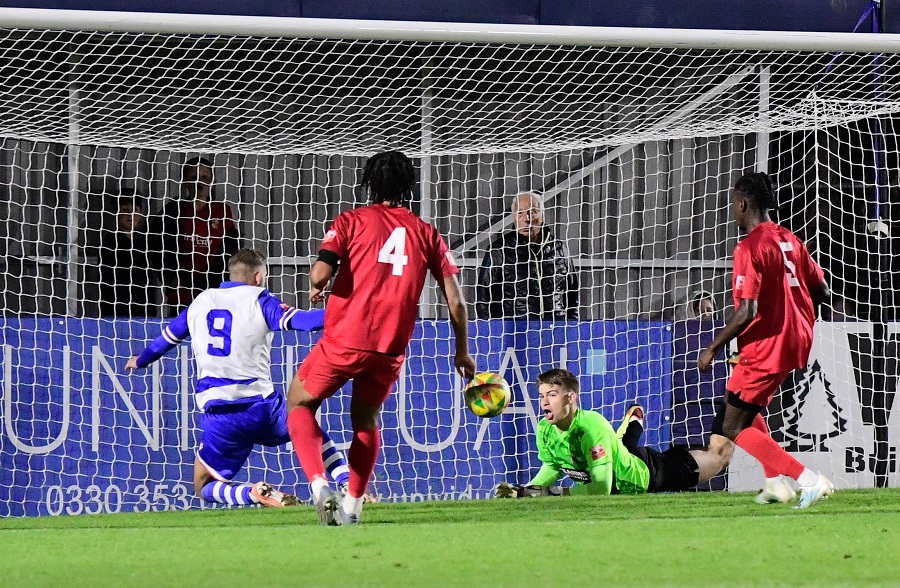 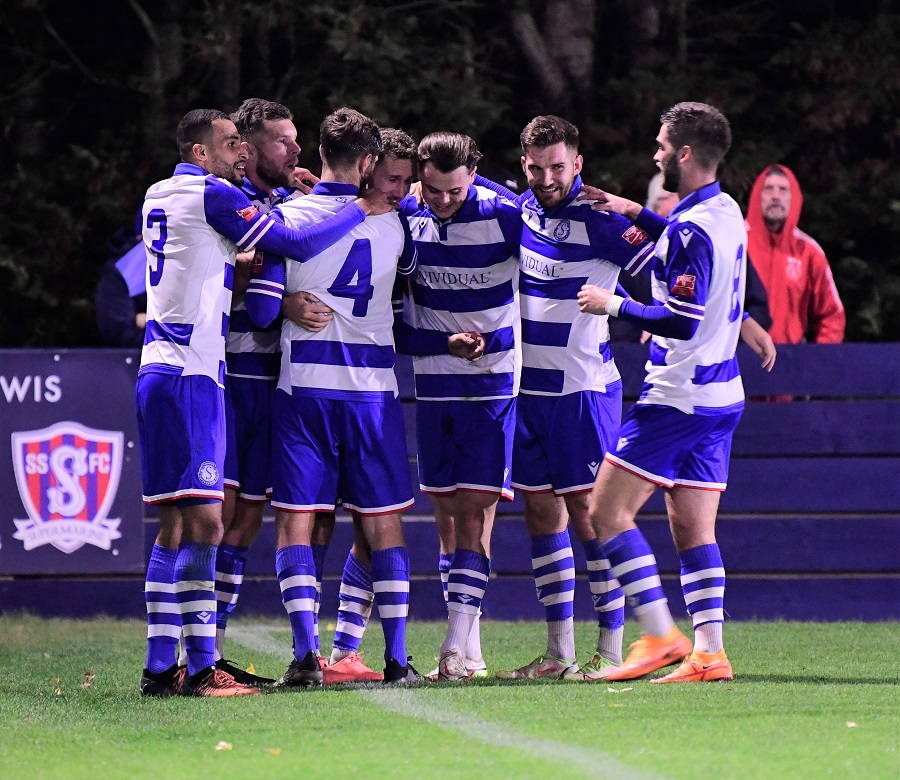 Lene Evans replaced the dangerous James Ewington for the visitors sixteen minutes into the half to go up front as Boro’ looked to change the pattern of the match once more and the big man came close from a deep cross soon after but couldn’t keep the header down. With Marine now putting pressure on the tiring Harrow side a free kick was awarded to the wide right of goal. New signing and debutant Joe Tumelty whipped in a dangerous cross and James Harding get a touch on the cross which Knightbridge palmed out with HARRY WILLIAMS the quickest to react and score to continue his fine goalscoring run in the league to tap home and put Marine in front. 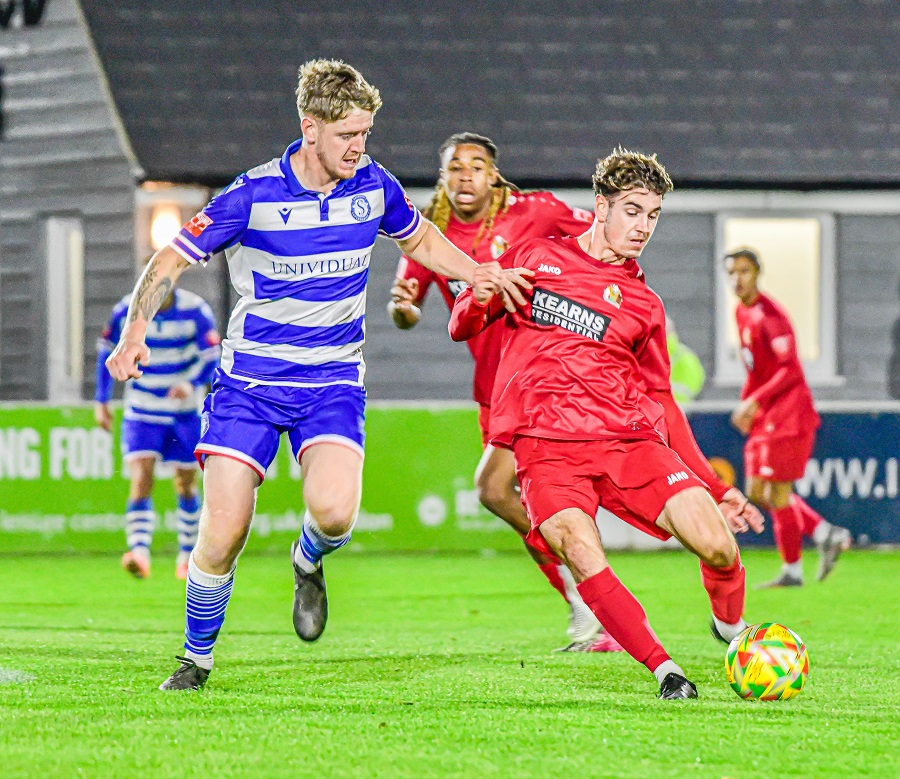 Marine opted for a double sub to see out the game almost immediately with Conor McDonagh and Tom Sharpe on for Brad Hooper and James Harding. Zack Kotwica saw himself go into the book for a foul before a Conor McDonagh shot was well held by the keeper on eight-four. With time running out Marine were breaking well, and Harry Williams broke through again only to be brought down by Adenola on the edge of the box and he was promptly booked. 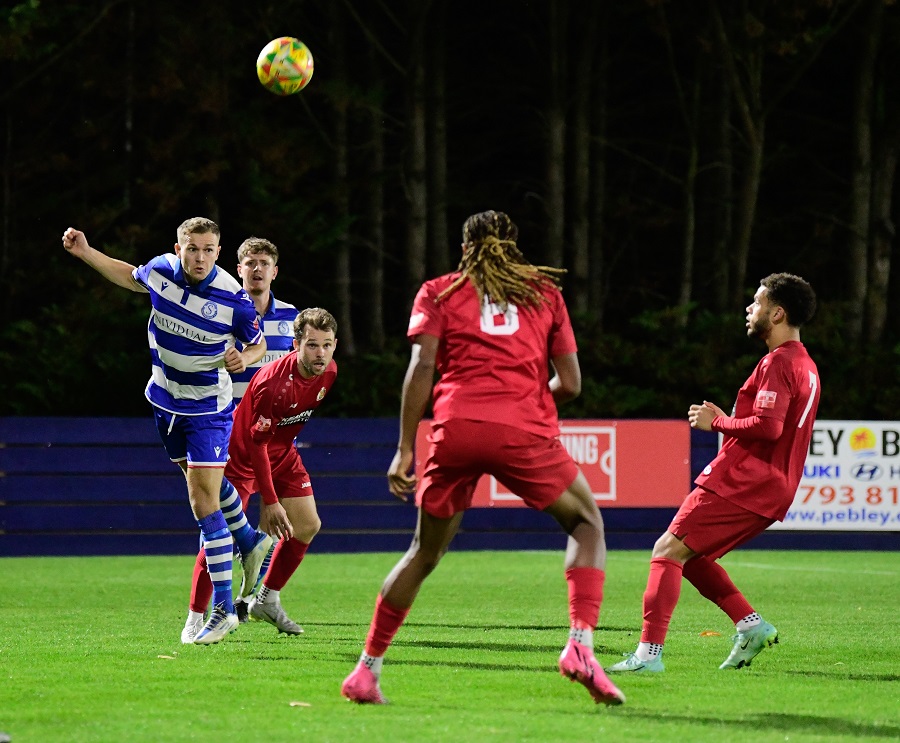 With Borough chasing the game in injury time Conor McDonagh nearly scored from an effort in his own half with the keeper well off his line but it looped over the top of the crossbar. The final action saw a penalty appeal for the visitors turned away but, in all truth, it would have been a soft award and was rightfully turned away despite the Harrow protests. Not the best performance of the season but it bodes well when you can still pick up the points when not at your most fluent and the home record continues with five wins and a draw out of six league home games played.

Fans player of the match went to Sam Turl for another strong showing.