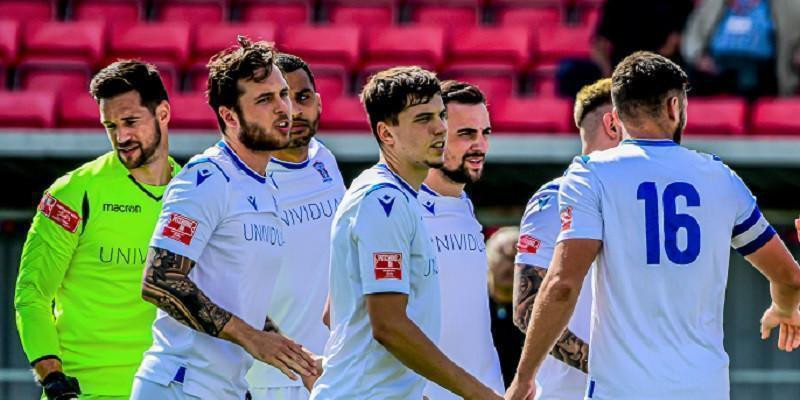 A TOUGH START FOR MARINE

In tough conditions against possibly one of the best sides in the division it was always going to be a tricky start to the season against Hayes & Yeading United, and so it proved to be. But the scoreline didn’t reflect how well Marine played although there was no doubt the hosts deserved the points at the end of the day.

With a strong squad to choose from and only Pablo Haysham still recovering from injury it was always going to be a tough decision for gaffer Lee Spalding to pick a side. In the end he opted to give debuts to Frankie Artus, Lewis Hall and George Dowling with real strength on the bench with Ryan Campbell, Conor McDonagh, Jack Stanley, Brad Hooper and Harry Williams 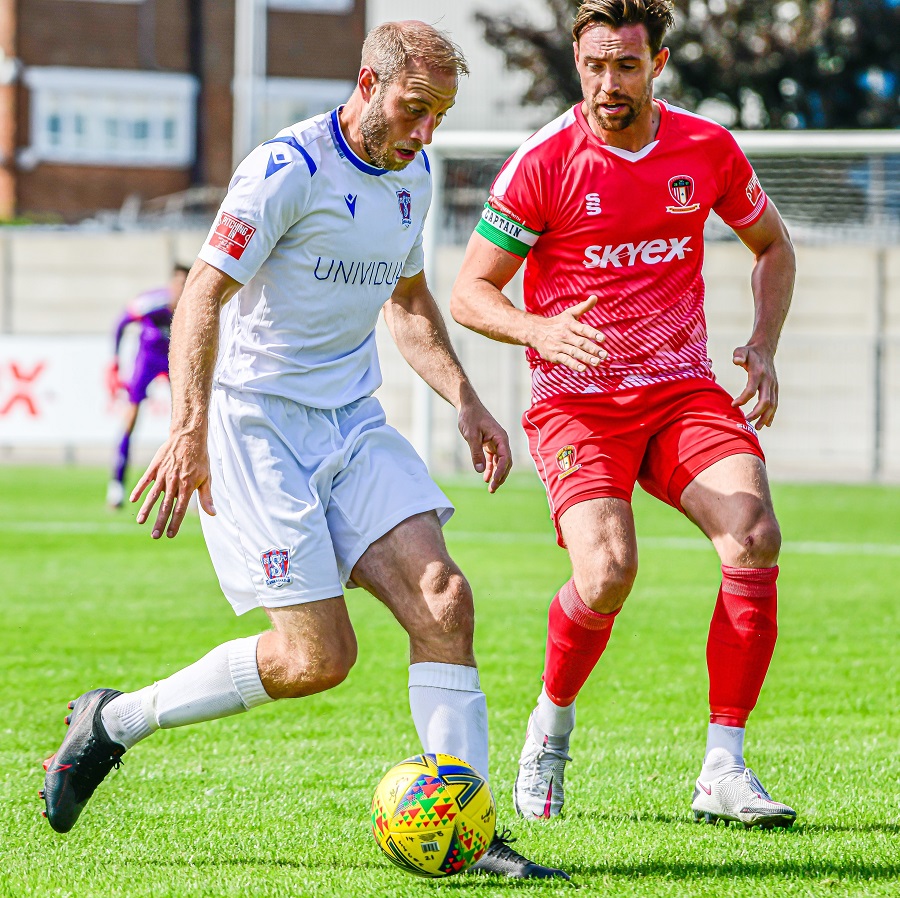 Both sides used the early stages to suss each other out and it led to a deadlock for the opening period. The hosts were forced into a change after Jake Sheppard caught Zack Kotwica with a high challenge but came off worse. The Hayes player lucky to escape a red with the official sympathising with the injury and giving him just a yellow. Sheppard was replaced by Omar Rowe minutes after be helped from the pitch.

On 22 minutes Marine thought they had opened their account for the season when the lively David Pratt expertly flicked home a pass from Zack Kotwica only to see the linesman flag raised, it was a tight call! Hayes then scored almost immediately after that when the Marine defence was caught flat footed from a long ball and the excellent Francis Amartey beat the Marine defence to go on before rounding keeper Martin Horsell to open the scoring on 25 minutes. Horsell was in action again on 32 minutes denying a second Hayes goal with an excellent tip over the bar from another Amartey effort. 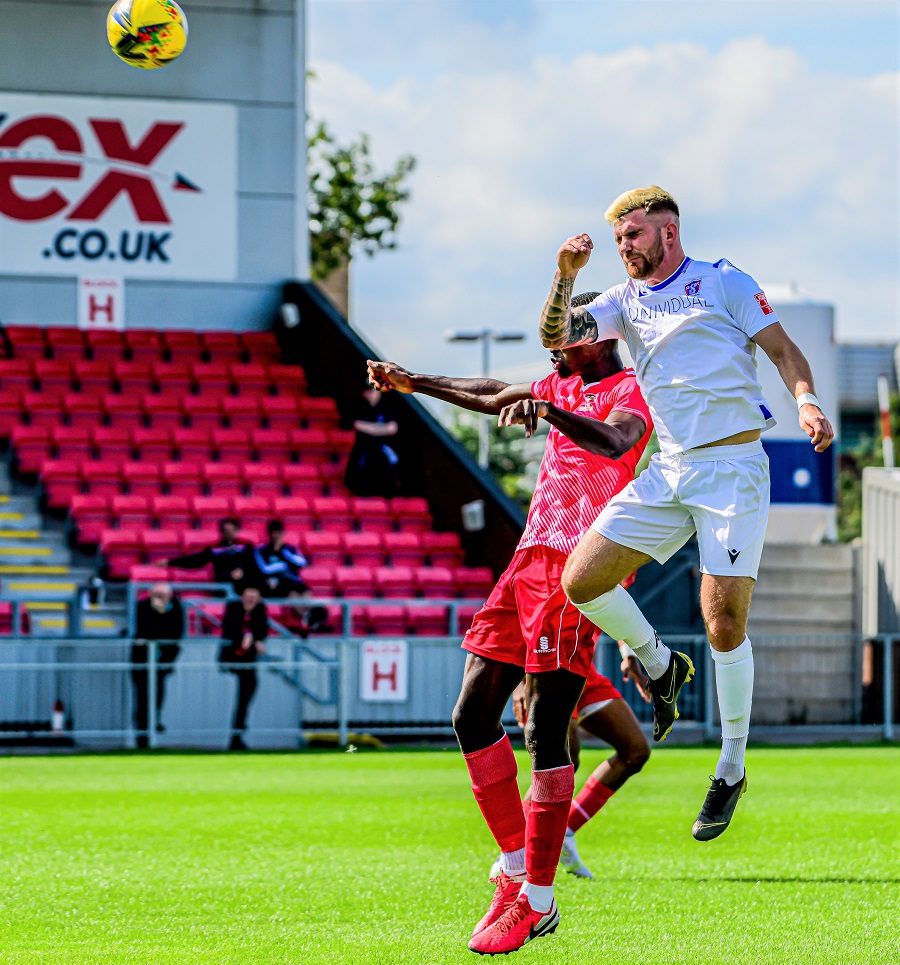 Amartey was causing all kinds of problems for the back line with his strength but blasted over soon after thanks to pressure from Tyrone Duffus. David Pratt showed great strength on 36 minutes and turned and hit a shot that was parried by home keeper Jack Smith and cleared from danger.

The key moment of the game was just before the end of the first half. Frankie Artus did brilliantly to beat his man on the right laying it on a plate for George Dowling but he somehow put his effort wide of the near post with the keeper diving the other way. There was one further effort late on saved from Henry Spalding and Marine had come back well from the loss of the goal by the end of the half. 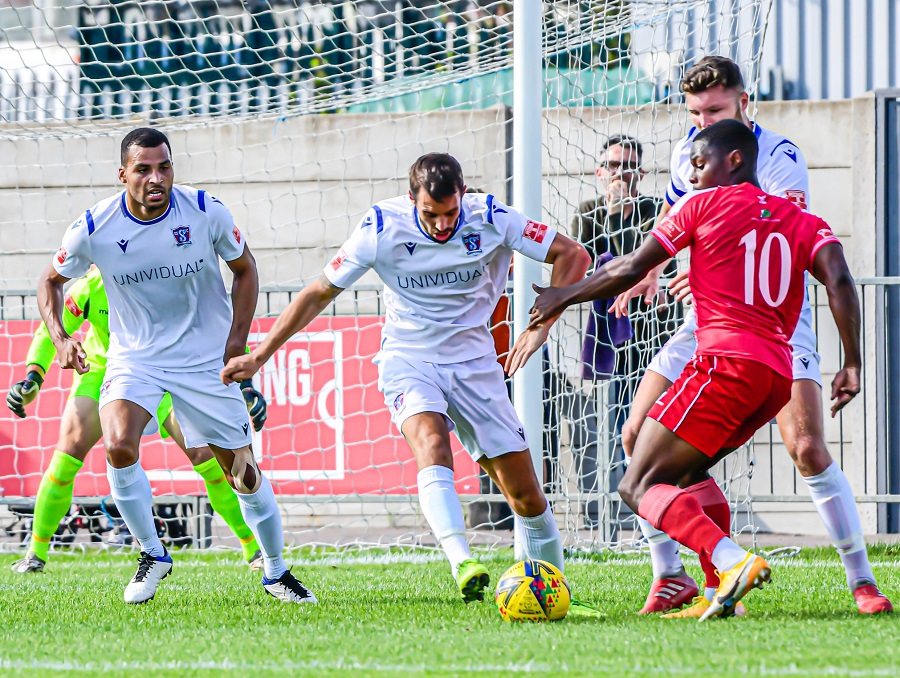 One of the assistant referee’s was replaced at half time after suffering a first half calf injury leading to a delayed start and the Hayes secretary Andy Corbett taking over the flag. Pierce Mitchell had an early half chance but headed over from a Jamie Edge free kick. Shortly afterwards on 55 minutes Ryan Campbell replaced Dowling just before the hour mark and almost instantly Henry Spalding lobbed the keeper only to see the ball flick off the bottom of the post and out of play. 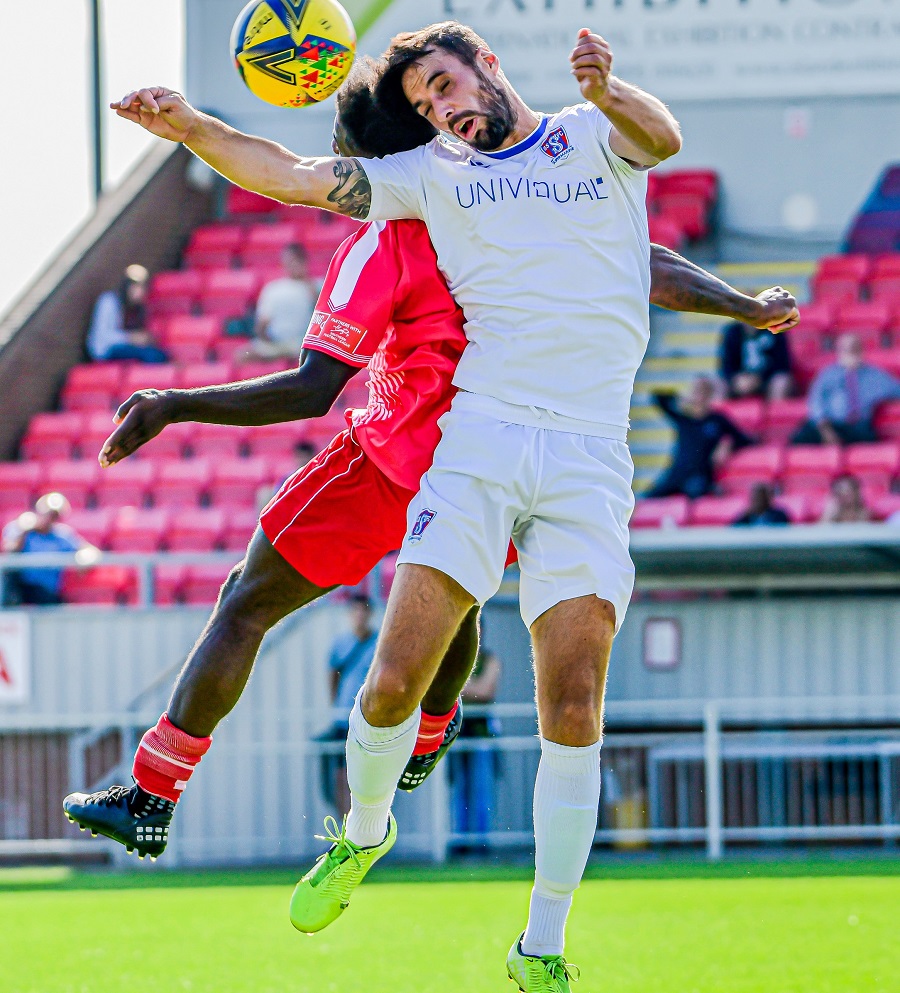 With Marine dominating possession they were caught by the sucker punch with 20 minutes to go. A quick Hayes break resulted in a free kick for them on the edge of the box. A deflection fell kindly for them and although Hassan Jalloh was looking specially offside he went on to score Hayes’ second goal as the assistant kept his flag down.

After going two down manager Lee Spalding responded by bringing on Conor McDonagh and Harry Williams to chase the game for Zack Kotwica and David Pratt but Hayes looked more likely to score on the break. They hit one into the side netting from one yard out with 10 minutes left on the clock before finally making it 3-0. Unfortunately, it was our own Jamie Edge who set up the move when his back pass went to Hayes Moss Emmanuel who was left a clear run at goal but keeper Martin Horsell forced him wide as he went to go around him. Emmanuel then composed himself and squared the ball to the unmarked 17-year-old Jamie Hanlon, who had just came on minutes earlier to score from close range. 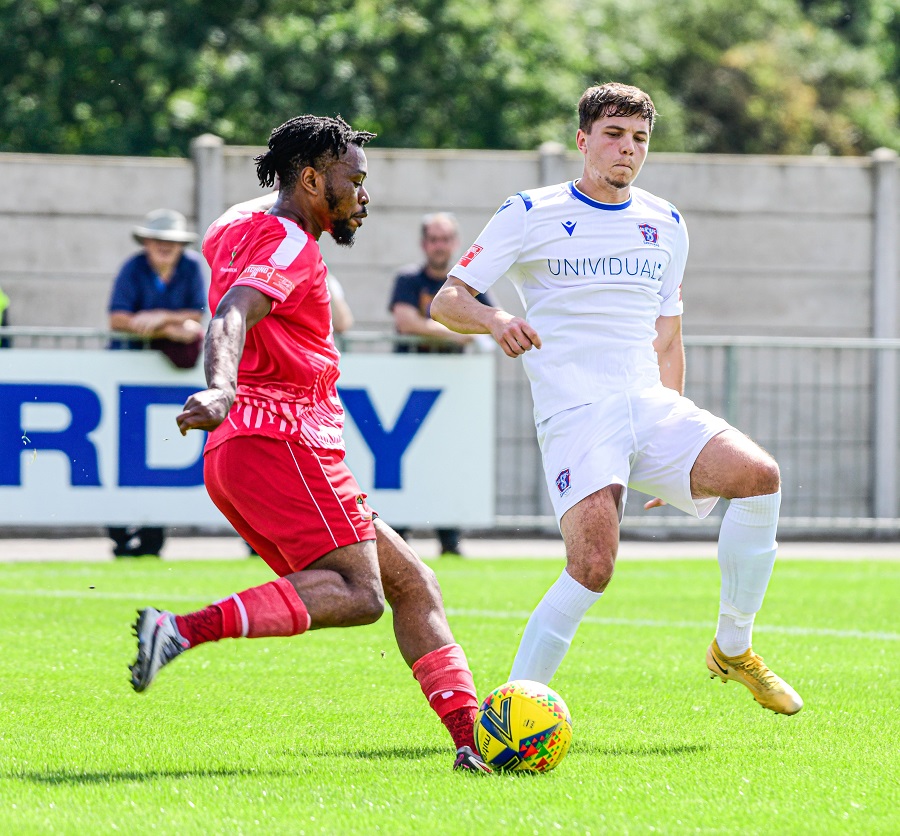 In the end the result didn’t reflect how close Marine had come to picking up more than they did but Hayes showed why they are one of the favourites for promotion in this league. On another day with a bit more luck things might have been different. But it is a long season and I am sure Marine will learn from this game and hopefully get things right on Tuesday night at home against the Met Police. 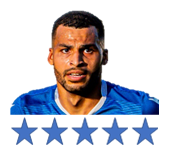