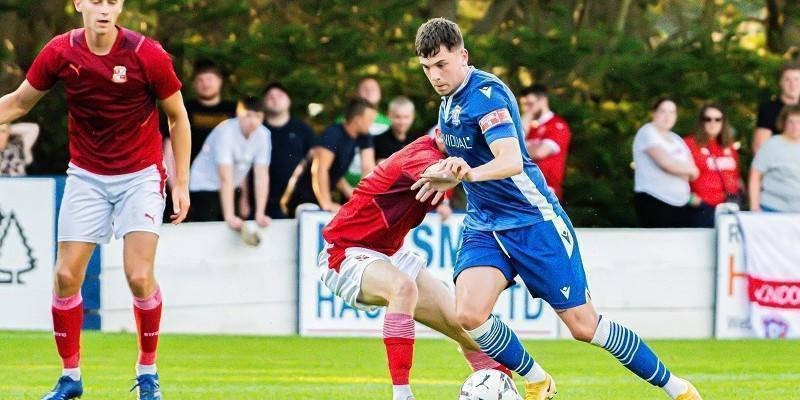 Superb Spectacle as Marine play out a five goal thriller

In their fourth preseason outing of 2021 Swindon Supermarine took on their local friends Swindon Town at the Webbswood Stadium in front of their largest crowd in what seemed an awfully long time of 856, and it was an excellent night of top class football with extra excitement with the arrival of new Swindon Town owner Clem Morfuni who had earlier that day taken over the club with the promise of better times ahead.

Town picked a strong side consisting of eleven regular first team players and football league level trialists so it was never going to be easy. And the Robins made the perfect start when Luca Colville found Harry Parsons on the edge of the box and he hit a fierce drive into the corner of the net giving Martin Horsell no chance. 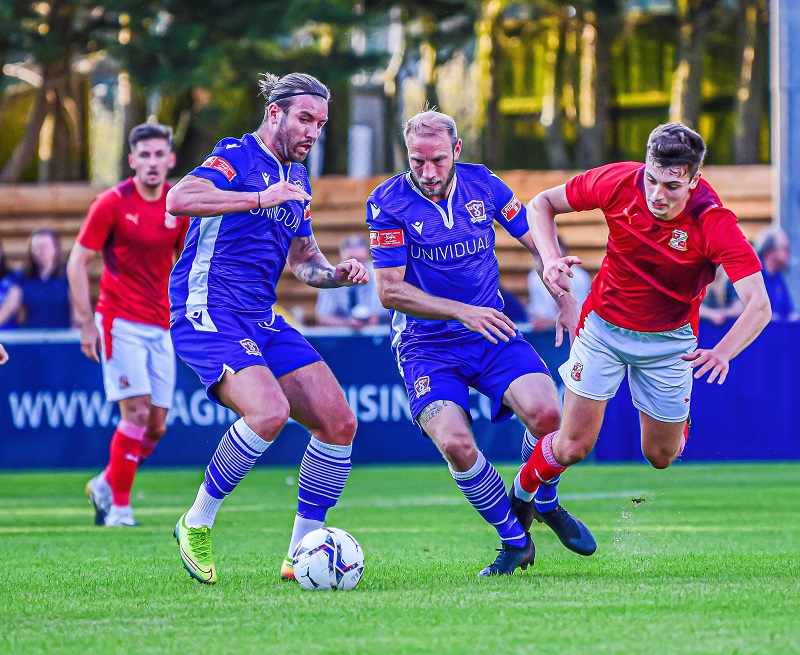 But Marine responded well and looked to have equalised just a few minutes later when David Pratt side-footed home McDonagh’s cross from close in but was denied by a tight call from the linesman for offside. The early exchanges were quite even – Henry Spalding had an effort on goal in the 20th minute but couldn’t generate enough power and then with literally their second attack Town showed their clinical side as Parsons played through Harry McKirdy who rounded Martin Horsell to net to make it 2-0 Swindon Town. 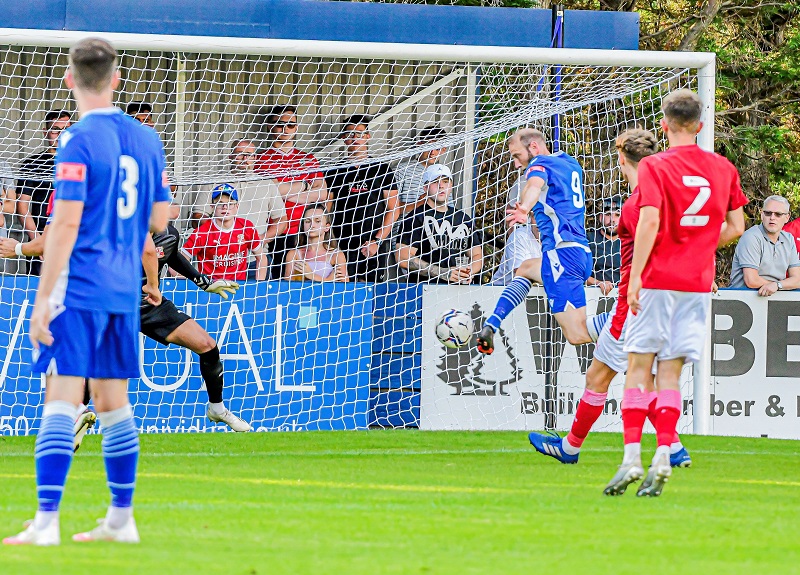 Once again Marine responded in the right fashion – Conor McDonagh had a dangerous run and shot on the half hour but closing in on half time McKirdy was looking a real threat up top for the visitors. Horsell did well to punch away a dangerous cross before the two clashed when a through ball saw them collide but correctly the excellent official Phil Staynings ruled it as a coming together. 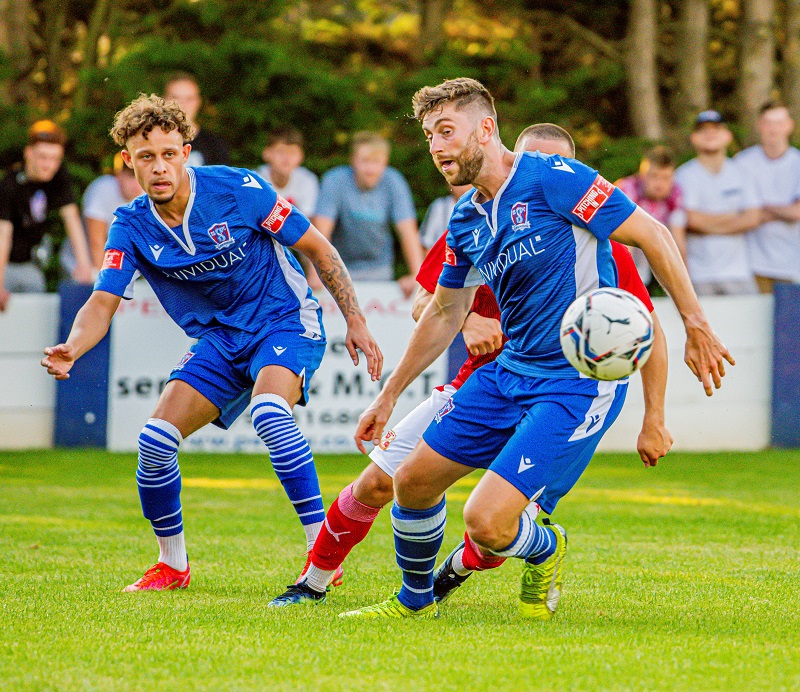 But it was Harry McKirdy who had the last laugh just before half time. With a fair level of skill and cunning he eluded Pierce Mitchell down the left and hit a delicate finish just inside the far post to make it 3-0 to Town at half time. A harsh scoreline for Marine who had deserved better and nearly got it when a new signing Tyrone Duffus just headed over the bar from a late corner. 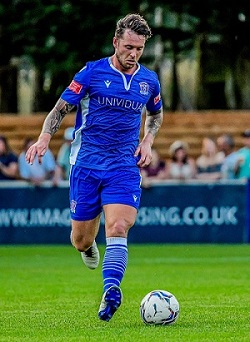 As expected there were wholesale changes on both sides during the second half including the return for a Swindon Town favourite in Anthony Grant at half time. The alterations made for a quiet opening to the second half. But on the hour Marine showed their intent. The lively David Pratt beat sub Suter to the ball and went round the Town trialist keeper but could only screw the effort wide of the post before Bruno Tavares made a mazy run that for the visitors soon after but his effort end with a wild shot that went wide. 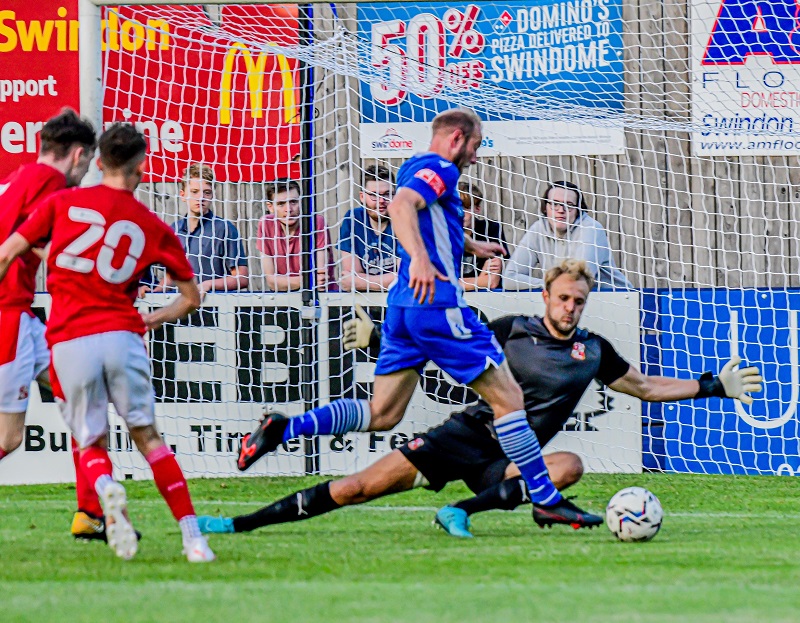 With 20 minutes to go the Swindon trialist keeper was excelling to keep Marine at bay from a long shot by Henry Spalding and a dangerous cross in from Ryan Campbell. But he could do nothing about the next effort from Henry Spalding. After a strong run from Jack Stanley , second half substitute Rhys Wells laid off the ball to Henry Spalding on the edge of the box and from fully 25-yards he executed a top level left footed effort right into the corner of the goal. Game on! 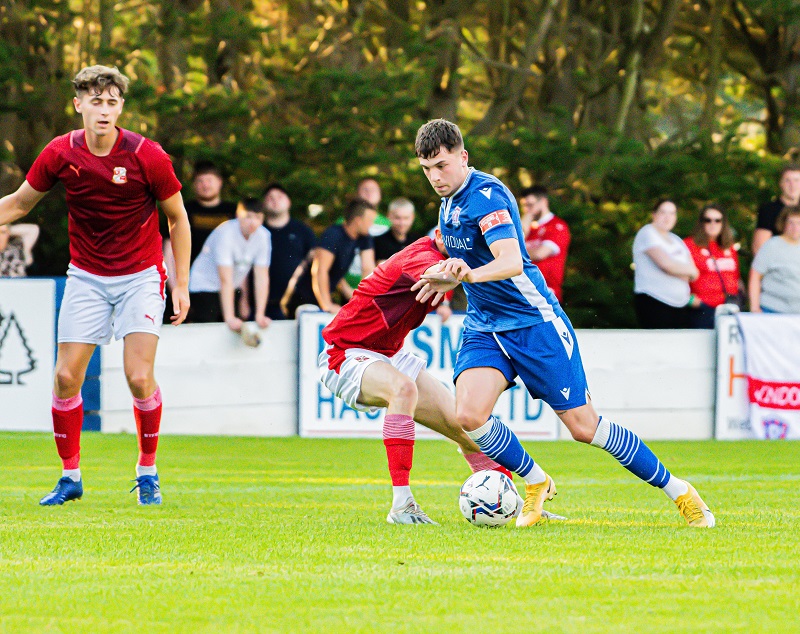 In the last few minutes Henry Spalding floated over a free kick which Tyrone Duffus volleyed across goal to put the ball on a plate for David Pratt to finish close in and make it 3-2! Alas, there was no real time left to mount another attack but the hosts can be proud of their performance in the second half, particularly bearing in mind how many players were missing. 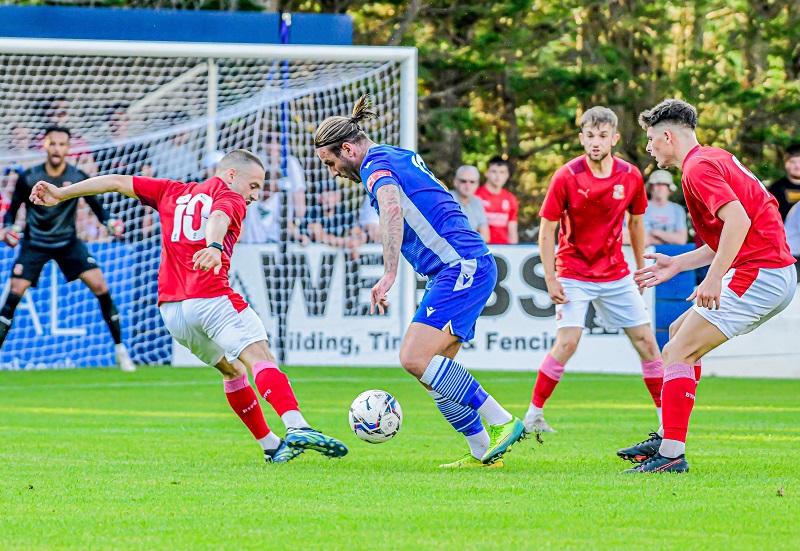 Overall a great night for the fans, particularly the visiting ones buoyed by the news earlier in the day. It bodes for a great season and good days ahead for all involved. And that is what football is all about.

Marine man of the match