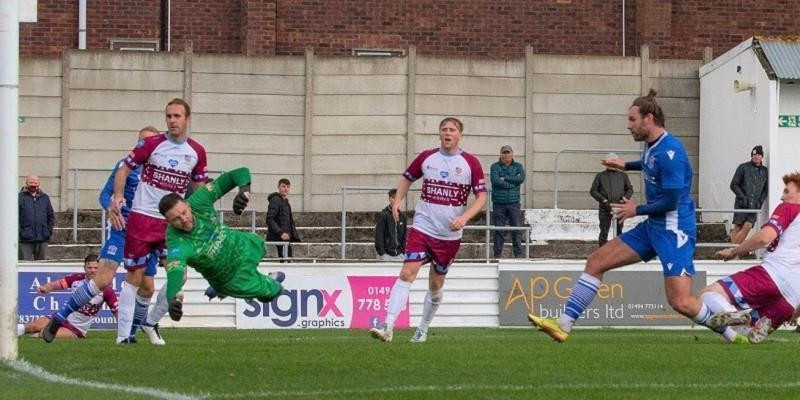 SUPERMARINE LAND SUPERB AWAY WIN
Swindon Supermarine moved up to fourth in the PitchingIn Southern League Premier Division with a superb team performance to pick up their second away win of the season when they visited The Meadow at Chesham United and picked up a 1-0 victory. With Brad Hoopersuspended for one match it meant a start for Joe Shepherd for the first time this season with new signing from Chippenham Town David Pratt beginning his second spell with Marine from the bench. 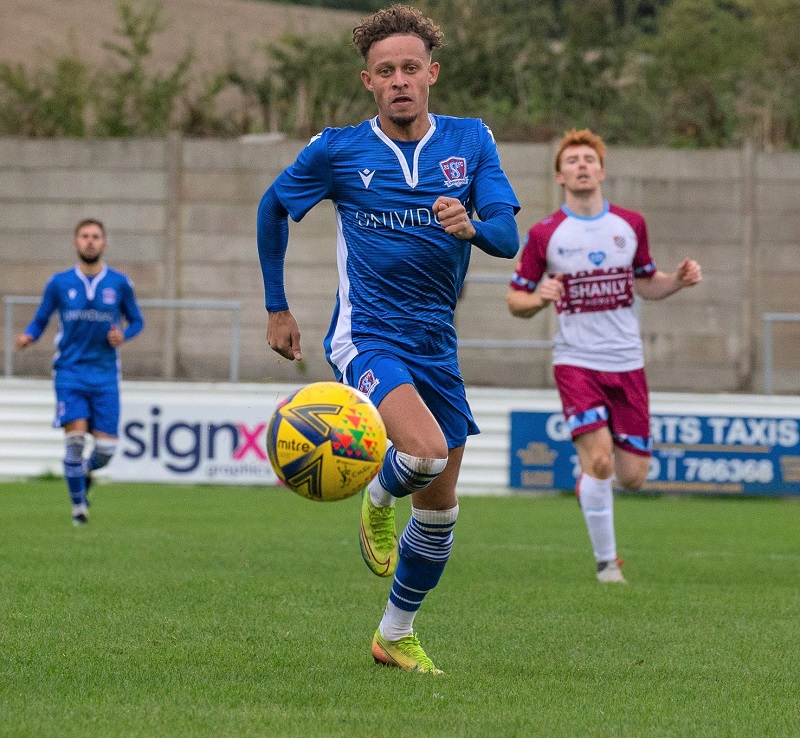 In front of a large crowd of 552 including local resident Spandau Ballet star Tony Hadley, the game took a while to really get going. There was an early chance for Chesham’s Eion Casey when he headed over from close in after four minutes and Chesham were applying the early pressure but both sides were struggling to keep hold of the ball in the slightly tricky wind for the first twenty minutes. 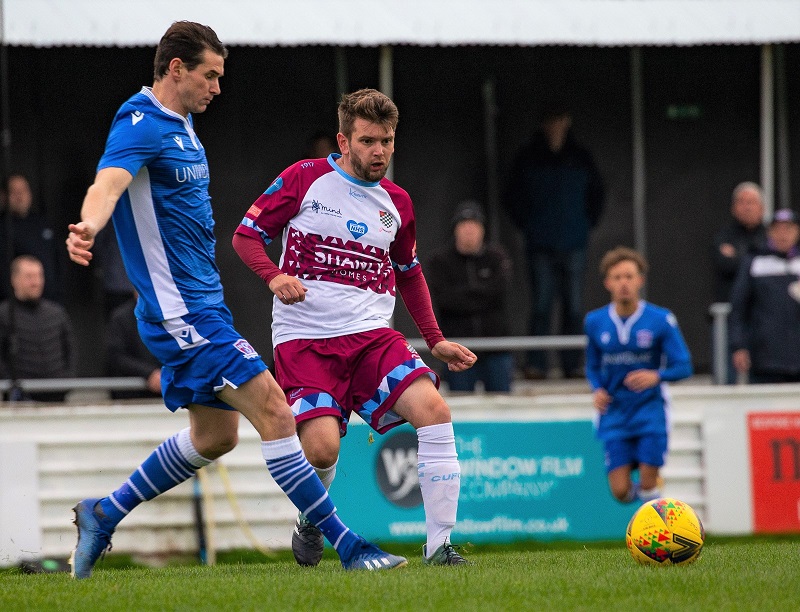 Marine burst into life on 24 minutes though when Conor McDonagh went on a run and his strike from the edge of the box hit the outside of the post and bounced out. Chesham had a string of corners on the half hour but Marine were looking solid in defence with Jake Lee Mat Liddiard and marshalling the troops well. 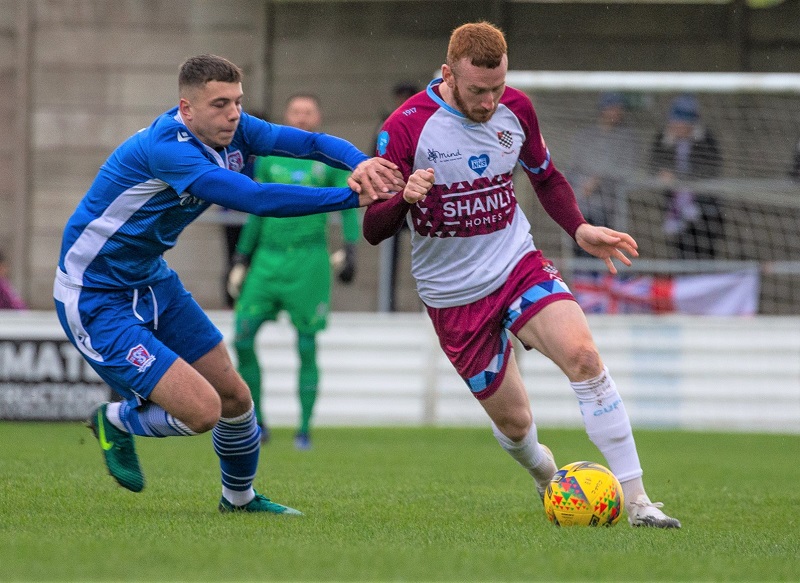 Sam Jenkins went into the book for the hosts after a late challenge on Jamie Edge before the back line were beaten for the first time but Chesham’s Bradley Clayton could only fire weakly at Martin Horsell who held the shot easily on 38 minutes. The final action of a tame half saw Ryan Campbell’s intercept well but drag his shot past the post. A decent half for Marine who had soaked up the pressure easily and would look to push on second half.

Chesham came out strongly but once again the Marine defence were looking strong and only allowing the odd shot from distance and one close in header by Dernell Wynter which Horsell held on to the ball very well. Henry Spalding was withdrawn on 56 minutes to allow David Pratt to make his second debut and the change seemed to bring instant reward for gaffer Lee Spalding. 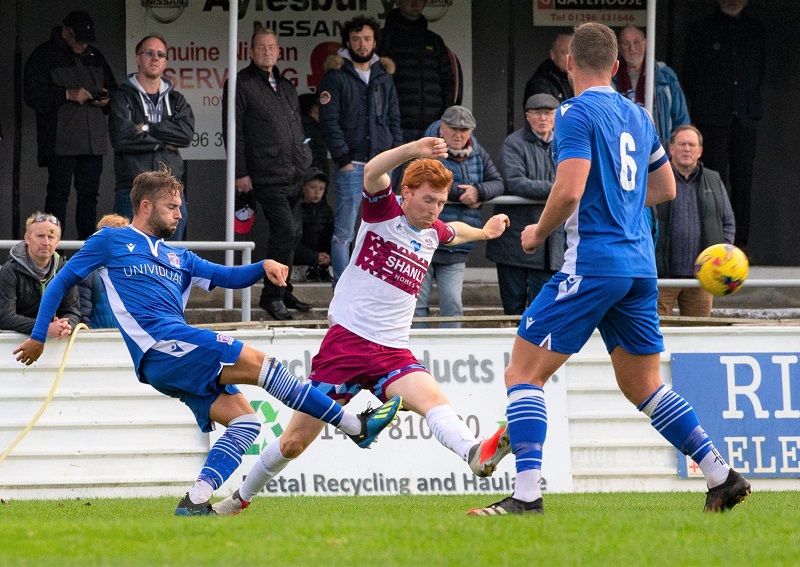 A nice team move down the right culminated in an excellent move with a deep run and pull back from Joe Shepherd which landed at the feet of CONNOR McDONAGH. He had the easiest of tap ins to give Marine an excellent lead for his third goal of the season. 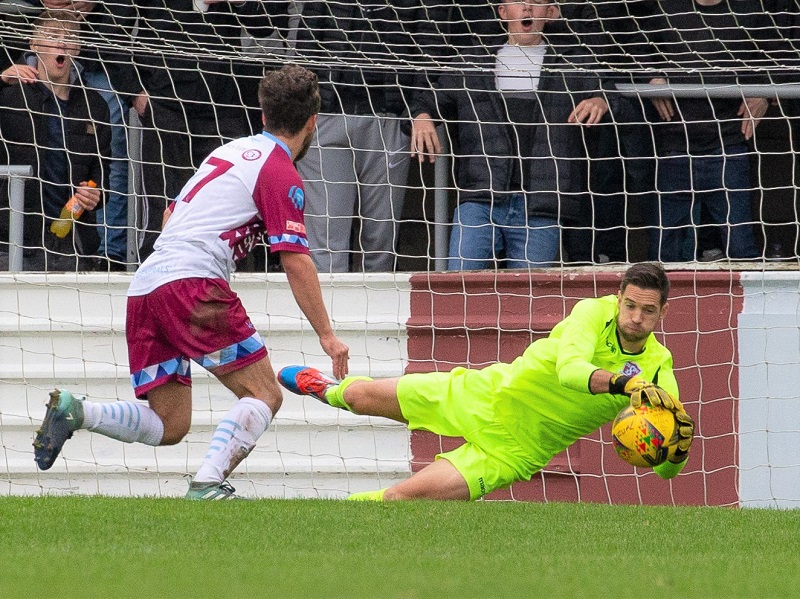 Chesham were frustrated by the hard working Marine defensive line with Shepherd and Edge soaking up the play ahead of the immense back four and made a double change with 25 minutes to go in a bid to change things. But it was Marine on their superb breaks led by the lively Zack Kotwica. On 60 minutes he executed a superb nutmeg on a defender to create an opening but got the cross all wrong with other Marine players well placed. 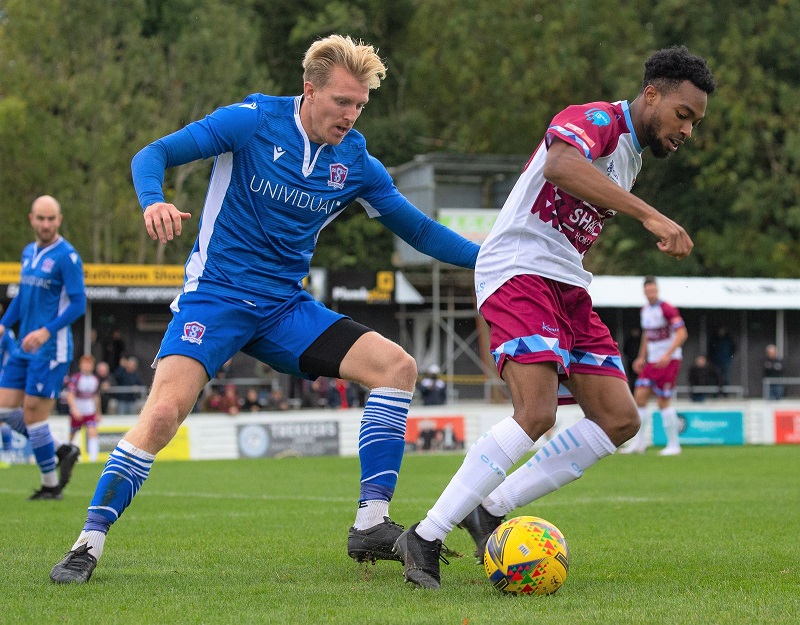 Pratt then had a shot deflected wide on 73 minutes but the corner and a follow up set piece came to nothing on this occasion. Harry Williams provided fresh legs up top with 15 minutes to go when he replaced goalscorer Conor McDonagh. An increasingly desperate home side appealed for a penalty as substitute Jake Cass went down in a melee in the box with three minutes to go, but the referee ruled the ball was played by a defender much to the relief of Marine players and fans alike. 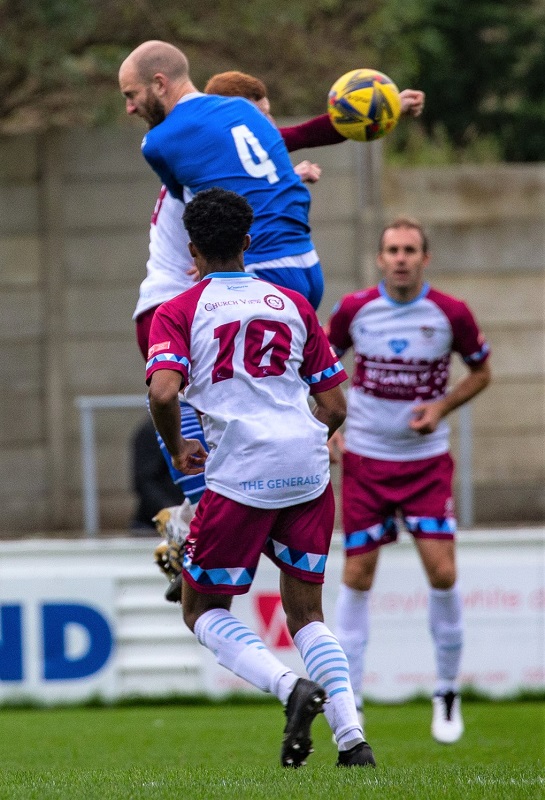 One final break saw Pratt net but he had just strayed offside, but because he had played on after the referee’s whistle he received a caution. Marine held on comfortably, as they had done for most of the game, and picked up a superb three points against the previously unbeaten Chesham United side. An all round team performance where everyone put in at least an 8 out of 10 performance with the back four imperious, the front line dangerous and the midfield dropping deep to control the game. My star man on his first start of the season was Joe Shepherd who looked sharp and got through a lot of work in the middle of the park.