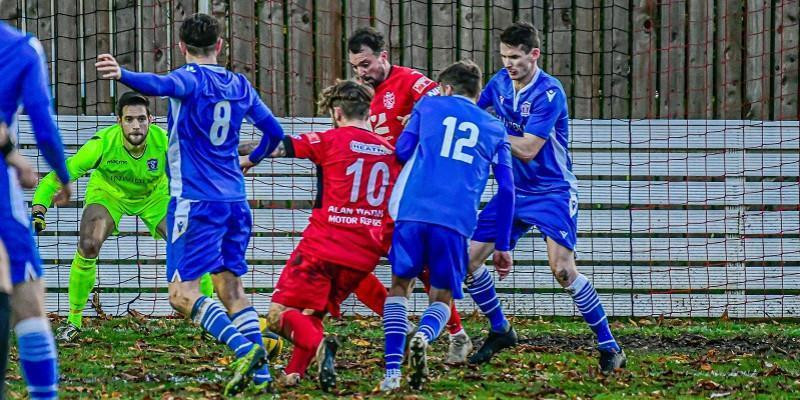 MARINE COME THROUGH A TOUGH GAME

Supermarine made it through to the Third Qualifying Round of the Buildbase FA Trophy after a lively affair at The Elms ended in their favour 3-2. Marine made a number of changes from last week with Louis and Henry Spalding returning to the starting line-up, Harry Williams getting a chance up top after his goal from the bench last week and Pierce Mitchel replacing the suspended skipper Mat Liddiard at the centre of defence. 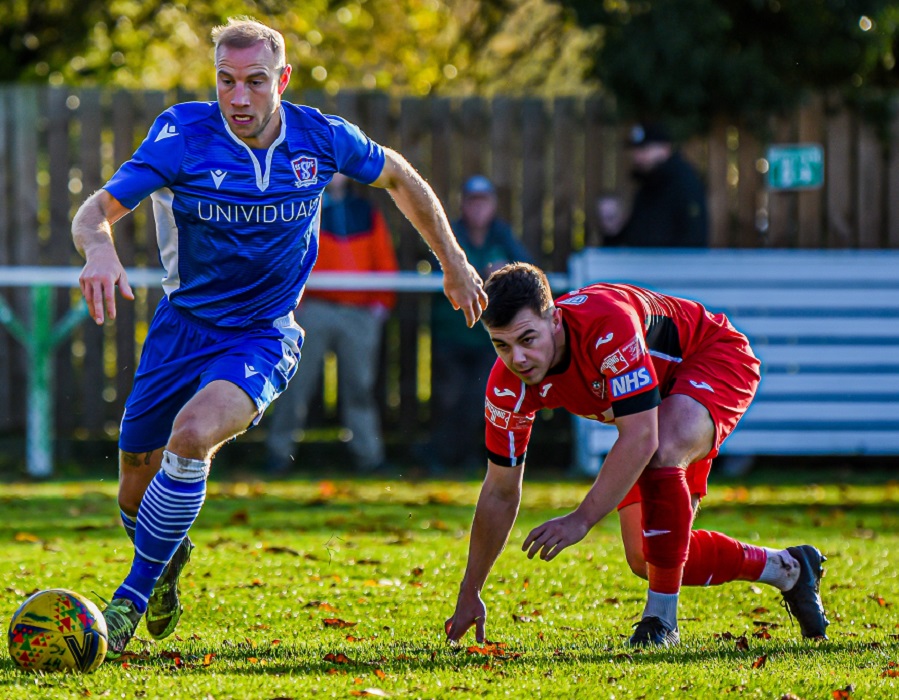 However, Harry Williams didn’t last long after what appeared to be a hamstring strain he was replaced on five minutes by Conor McDonagh. And it was the sub that had the first chance of the match being put through but shooting wide when it seemed a certainty the net would bulge. David Pratt had a header from a corner well held by the Highworth keeper Luke Kuczynski soon after as by now Marine were dominating possession and looked very comfortable. 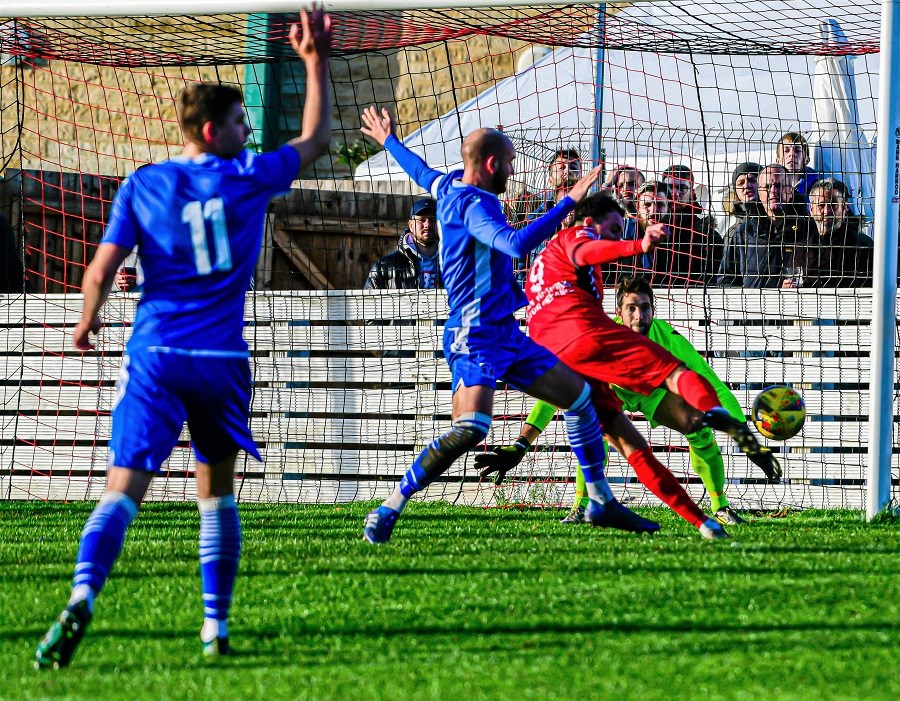 Then out of the blue on 26 minutes, after the hosts were awarded a free kick a neat move involving two former Marine players Sean Wood and Callum Parsons led to the latter having a shot that broke nicely for another former Marine player Ashley Edenborough who swivelled inside the six-yard box to smash home the opening goal to leave keeper Martin Horsell stranded as he smashed the ball home superbly in the bottom corner to give Highworth the lead. 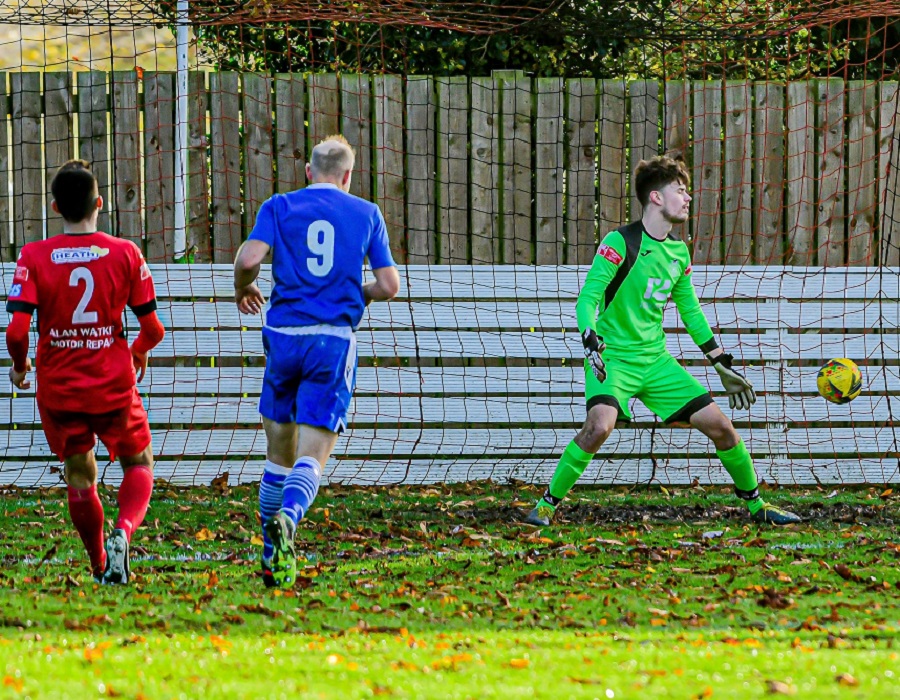 But it was Marine who ended the half stronger. Zack Kotwica’s cross just eluded David Pratt and this was followed up by an effort straight at the keeper again from Zack Kotwica’s. Marine were building some pressure and Henry Spalding was denied by the keeper’s feet and in the follow up McDonagh headed wide. Right on half time the breakthrough came as Henry Spalding linked up well with CONOR McDONAGH again and this time he made no mistake placing the ball into the far corner with aplomb. It was 1-1 at half time but Marine looked the better side overall in the first half.

The the second half could not have started better as it started as the first had left off. Once again Henry Spalding was the creator as his cross was touched helped on by home keeper Kuczynski and straight to the feet of McDONAGH who netted again to turn the match on its head within 30 seconds of the restart. Highworth responded well putting the Marine back four under pressure, firing a long range shot just over and then a good clearance off the line from Pierce Mitchel kept them in front prompting the gaffer to bring on fresh legs at the back with Jack Stanley replacing Louis Spalding on 55 minutes. 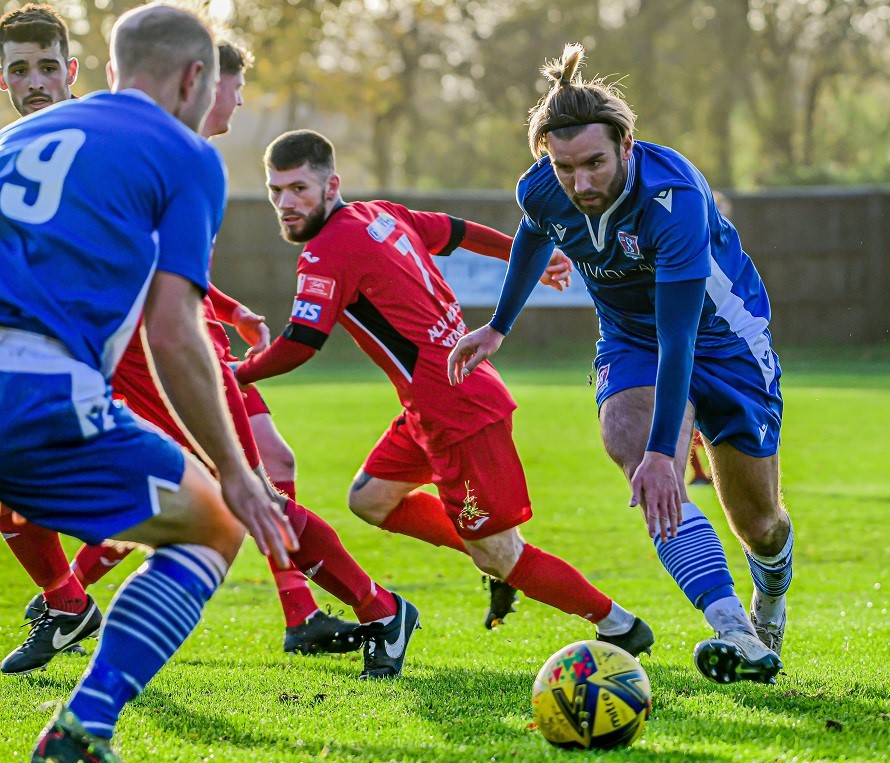 Brad Hooper had a shot well blocked by the Highworth skipper and former Marine player Ryan Morgan but from the resultant corner PIERCE MITCHELL netted his first goal for Marine with a thumping header from Henry Spalding corner to effectively seal the deal for Marine with 30 minutes to go. The hosts had nothing to lose bringing on an extra forward in Aaron Maximen and maybe Marine took their foot off the gas but the last 20 minutes belonged to Highworth. Callum Parsons hit the bar from a free kick on 72 minutes and in the follow up Martin Horsell dived full length to turn around an effort from Ryan Morgan. The pressure told and after a bit of a scramble the ball dropped to Callum Parsons who thumped the lose ball into the top of the net to give Highworth some hope. 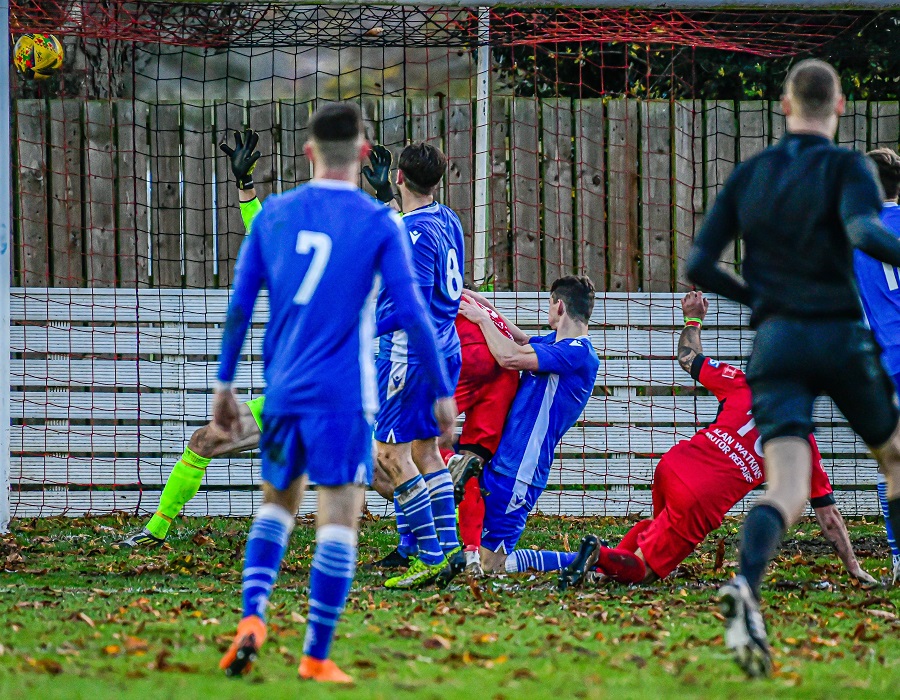 Soon afterwards Ryan Campbell replaced Kotwica to give some fresh legs up top but the Highworth tails were now up. With 15 minutes left there was a flashpoint between Edenborough and Marine keeper Martin Horsell. A late challenge was responded in kind and the referee did well to defuse the situation and dish out a couple of yellow cards, albeit not to the two main protagonists but to more vocal protestations?

With five minutes to go Highworth appealed in vain for a penalty as Horsell punched the ball away but clipped an attacker on the follow through. And then one final big chance came the hosts way when a cross was flicked towards goal, the ball eluded Horsell but Michael Hopkins superbly cleared off the line. The hosts thought it had crossed the line and appealed loudly but the linesmen was not swayed, ruling in Marine’s favour and the win was secured.

A match at times comfortable but for the final 20 minutes when Highworth gave it their all and can be proud of their efforts but a win secured in a typical local derby blood and guts cup match. My star man was CONOR McDONAGH with his two goals and fine all round play and work rate.

POST MATCH WITH LEE SPALDING from YOUR SPORT SWINDON