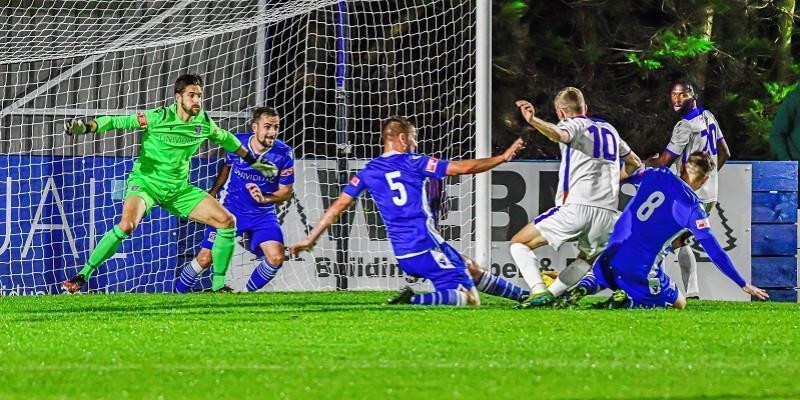 DEADLOCK AT THE WEBBSWOOD

Swindon Supermarine took on high flying Gosport Borough at the Webbswood Stadium on Tuesday night in a top of the table clash. Marine made five changes from the weekend in a bid to freshen things up with Brad Hooper coming in for the injured Frankie Artus who joined Tyrone Duffus, George Dowling, Pierce Mitchell and Jack Stanley on the injury list. Dan Ball came in at the centre of defence for Matt Coupe for his on loan debut and a change of the front line with Ryan Campbell, Conor McDonagh and David Pratt in for Chris Zebroski, Harry Williams and Zack Kotwica. 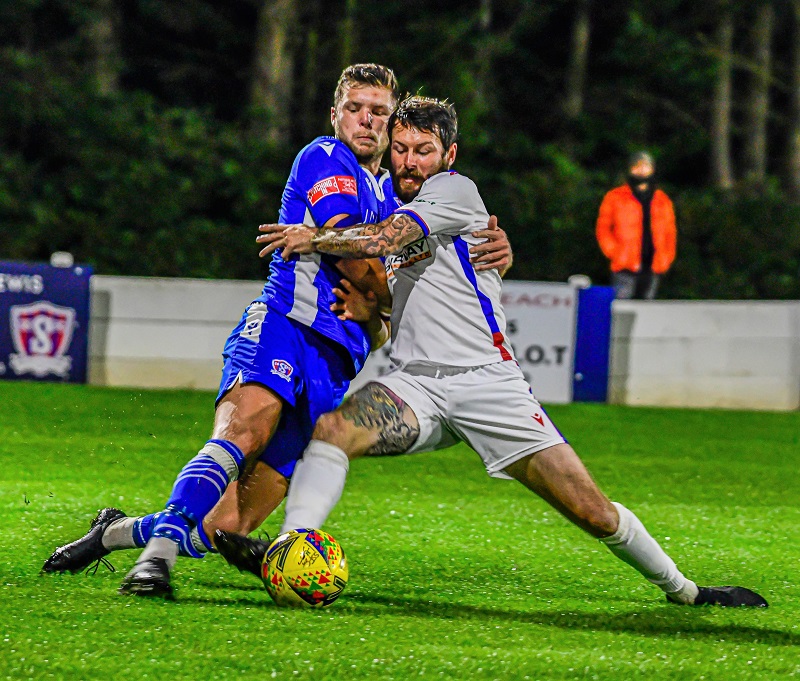 Earlier on Gosport looked sharp on the break but it was the skipper Mat Liddiard who had the first chance of the game with a header from a corner well saved by Boro’ keeper Albert White. A long range effort from Boro’ striker Rory Williams was tipped over well on seventeen minutes by Martin Horsell as they put some early pressure on the home goal. 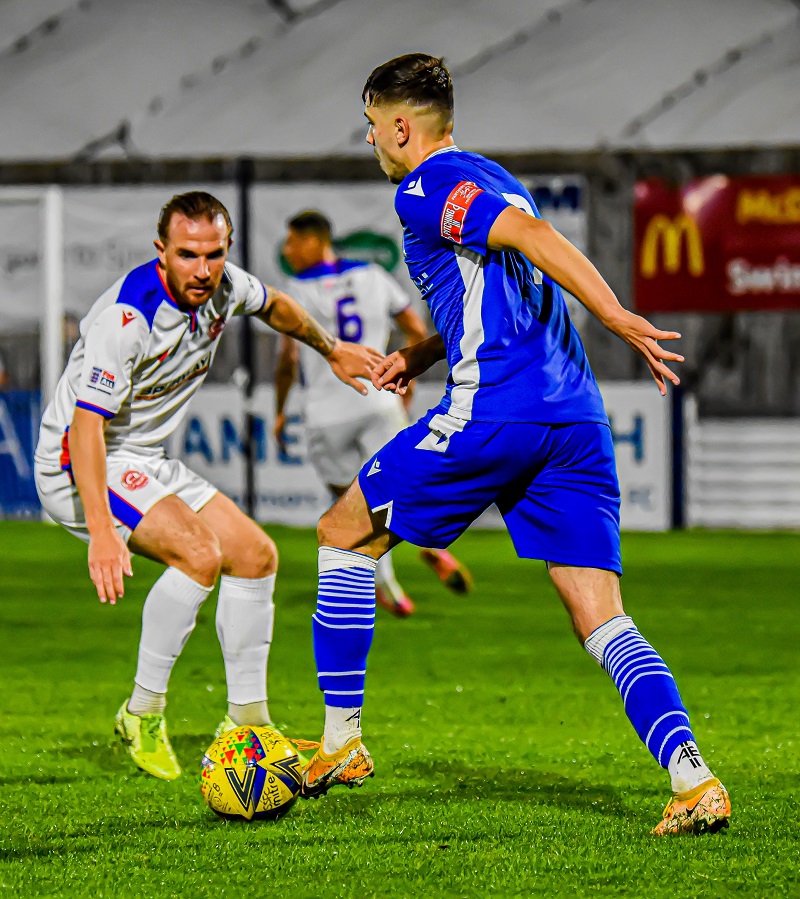 But Marine were breaking well and Lewis Hall’sfine run down the left culminated in a deft header from David Pratt just looping over the bar. This was closely followed by a 30-yard effort from Conor McDonagh easily fielded by the visiting custodian. There was a penalty shout on the half hour as Lewis Hall was clipped in the box but it would have been a harsh call. Marine ended the half well putting more pressure on the Gosport defence but ultimately both back lines had been solid and the teams went in all square at the break. 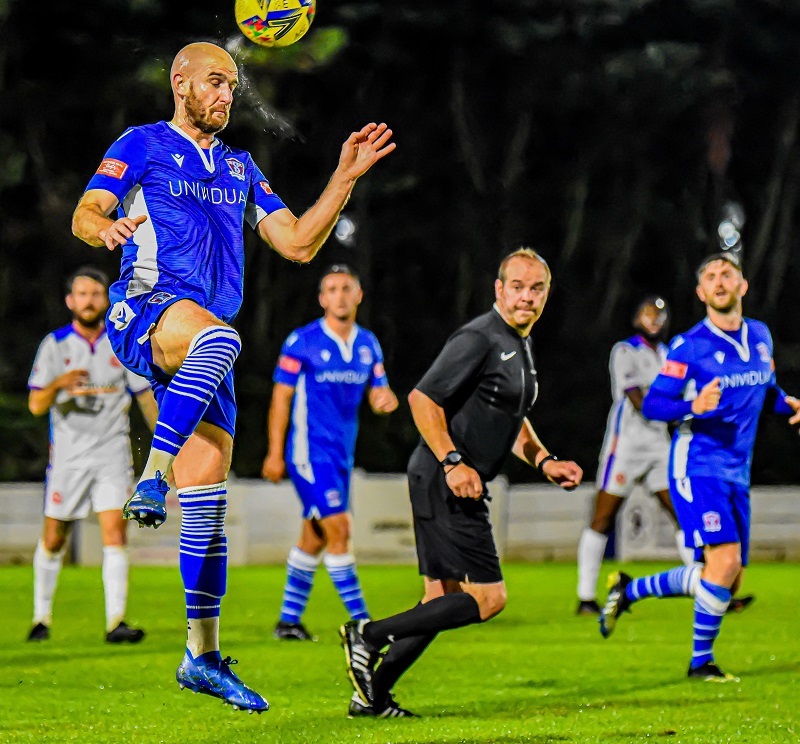 Gosport were forced into an early change in the second half with Matt Casey replacing Matt Briggs at the back but the longer the game went on the more likely it seemed a single goal would be the winning one. On the hour the visitors looked to change proceedings bringing on Pat Suraci for Rory Williams up top, and Marine followed suite, with Chris Zebroski coming on for David Pratt up front but neither change initiated any alteration to the scoreline. The visitors made their final alteration with twenty-two minutes to go as Theo Lewis came on for Dan Wooden. 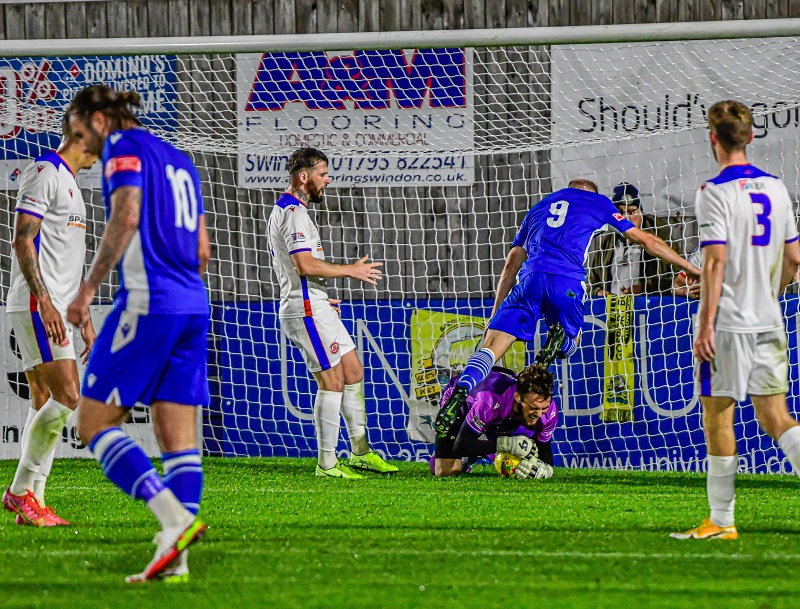 Another penalty appeal, all be it a stronger one this time, again on Lewis Hall, after he was blocked off was not given as Marine built up some good pressure towards the back end of the game. But the visiting defence who now seemed content with their point were taking no chances and in the end neither side could find a way through their opposition backlines. A fair point although Marine might feel they shaded it slightly and perhaps should have found a bit more up top than they did. 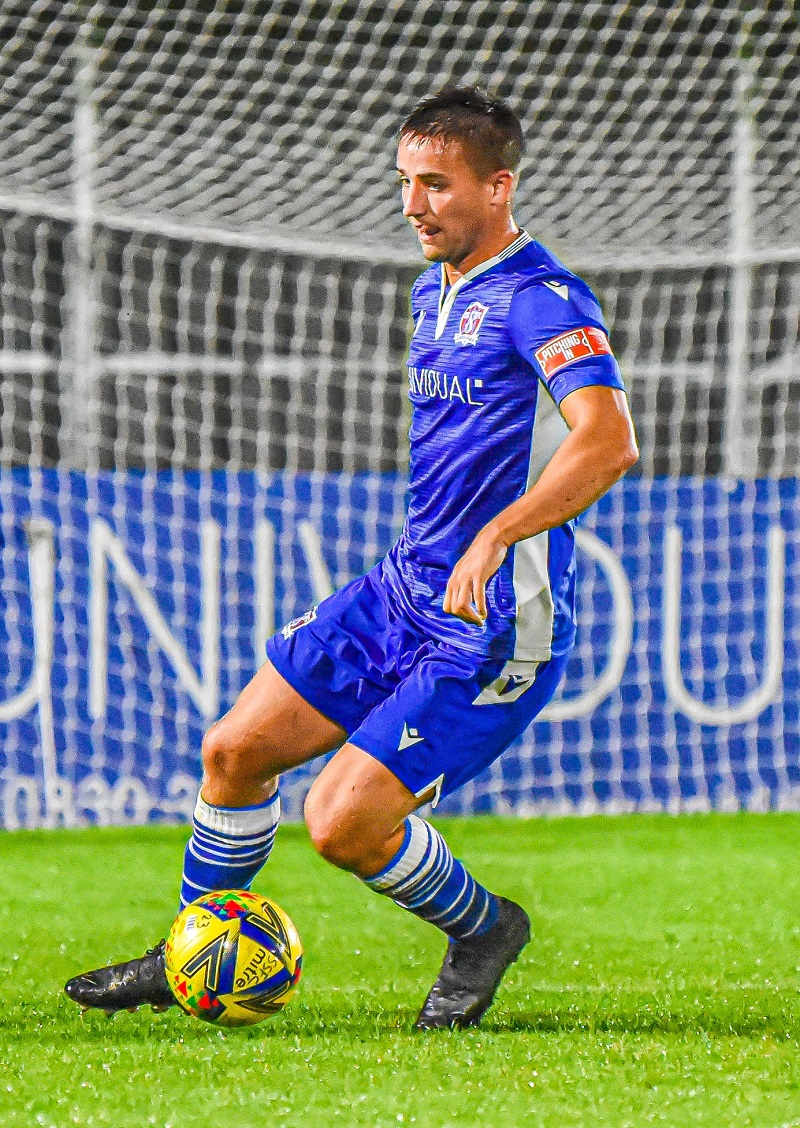 Nevertheless a point against the side currently sitting in second is not a bad one. Fans man of the match: Dan Ball, next up are Salisbury away in the big derby in 10 days time on the 25th Sept!