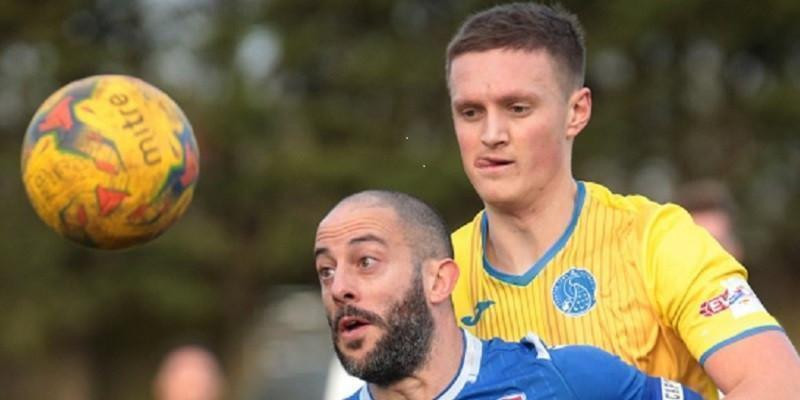 It was a battle of forth versus fifth at the Webbswood Stadium on Saturday as Swindon Supermarine hosted Taunton Town in a promotion chasing encounter which the Peacocks came out on top in following a second half comeback to extend their unbeaten run over ’Marine to eight games.

Both teams have followed similar paths in recent seasons in the Southern League winning promotion together and the sides also both went into the game following midweek wins against higher level opposition in their respective County Cup competitions. 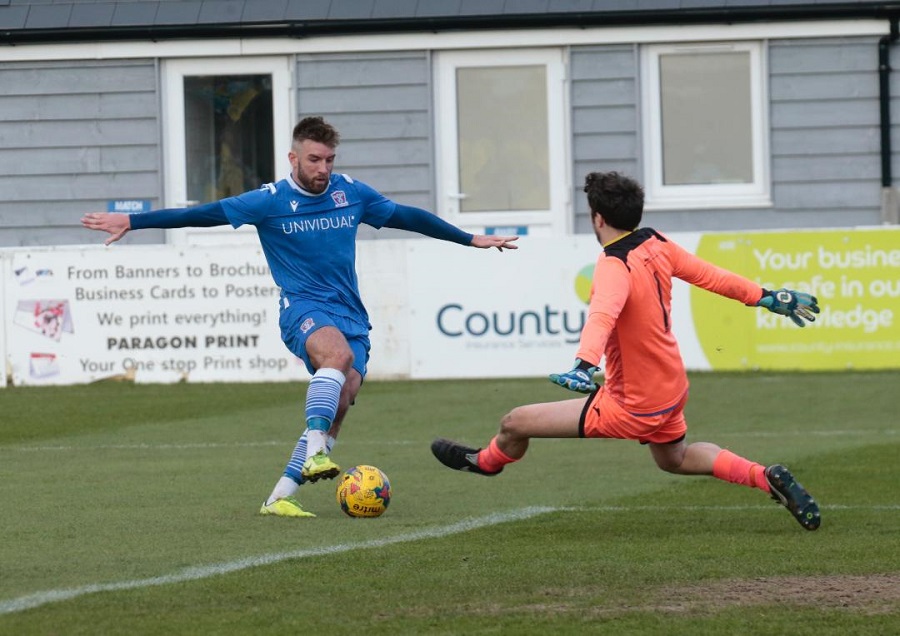 Home manager Lee Spalding was forced into a change in midfielders as George Dowling and Alex Henshall both missed out with injury although both players that were signed in the last month or so are expected back very soon.

The visitors started brightly as striker Matt Wright twice headed wide in the opening exchanges before Sullivan hit the bar with a side footed effort from 16-yards. 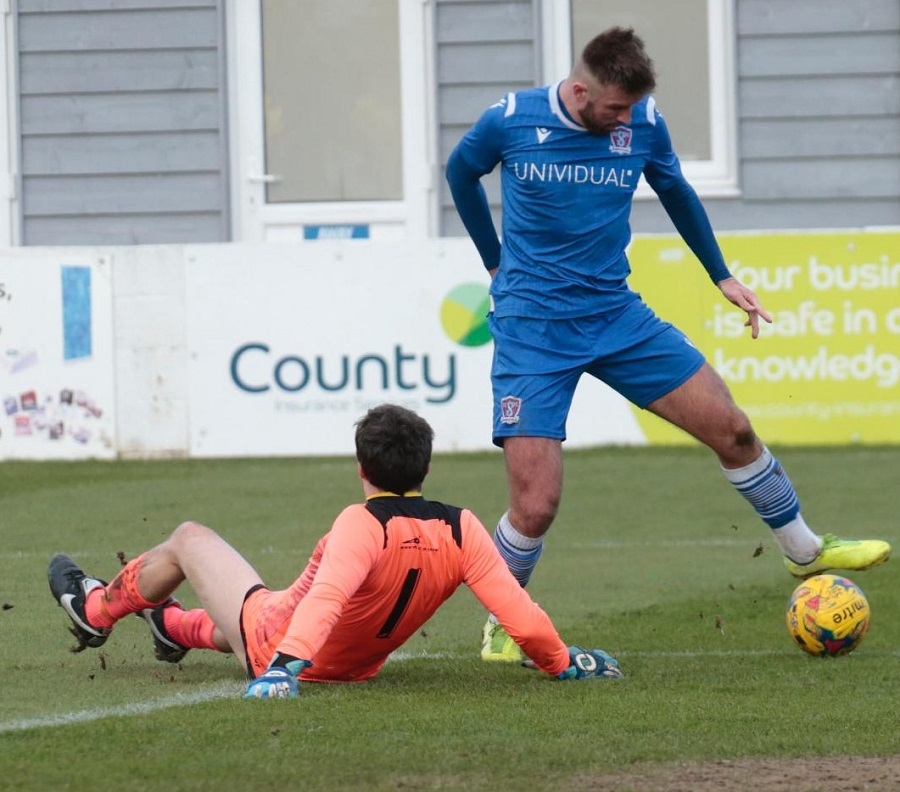 Marine striker Stuart Fleetwood got behind the back four following a poor defensive header back towards goal, but dragged his effort across the face of goal. His strike partner Conor McDonagh went one better though and gave his side the lead when he struck just after the half hour as he expertly finished rounding Lloyd Irish after he was excellently played in by Ryan Campbell who made his 100th start Marine. 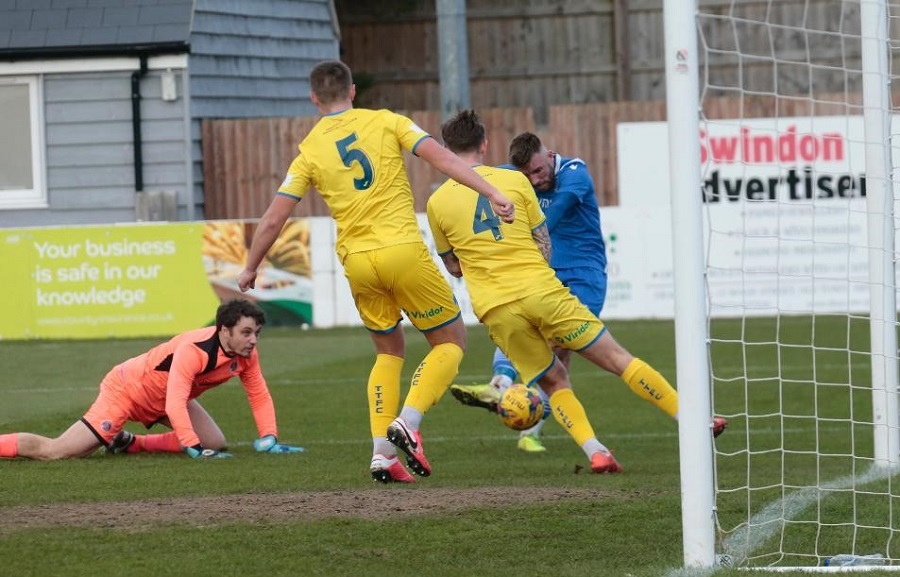 There were few chances for either side after the goal as the hosts controlled the game well to take a deserved lead into the break.

Marine started the brighter of the sides and it was McDonagh again who went close as he twisted and turned in the box before hitting a low effort straight at Irish and the keeper was beaten again just a few minutes later as Brad Hooper’s excellent effort rebounded back off the crossbar from the edge of the box. McDonagh finished into the net only to be denied by a the assistant for offside. 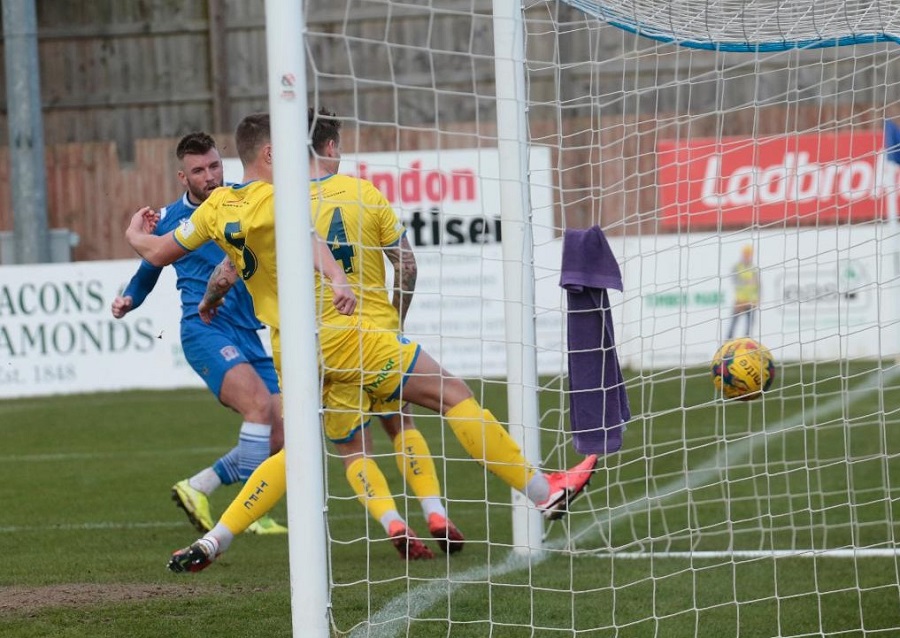 The game however turned in the 54th minute when Sullivan went down very, very easily in the area and the referee had no hesitation in pointing to the spot amid huge protests from Spalding’s men. From watching it back on video (see the video below) you can clearly the see that the referee was fooled as it clearly shows that if it was a foul it was Sullivan who did the fouling on Louis Spalding and not the other way round!

Ryan Brett made no mistake as he drilled the spot kick right into the top corner to equalise despite Martin Horsell going the right way. Jamie Edge sent over a tantalising corner that had it hit anybody in the six-yard box would have almost certainly gone in but somehow it evaded everybody. 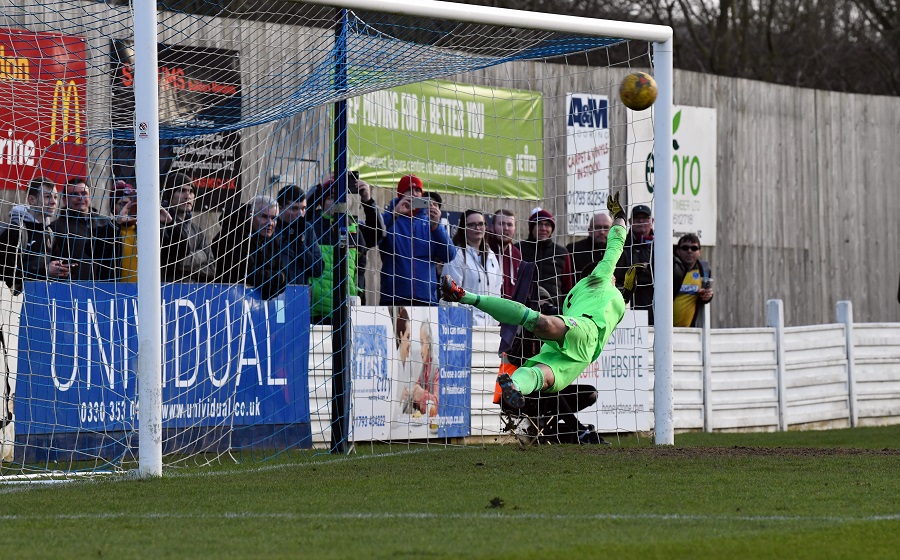 In a similar chance at the other end, Ross Staley sent over an inviting cross that looked like it would be turned in, however, Oliver Chamberlain couldn’t provide the finishing touch.

There was more fortune about Town’s winner when a half cleared ball fell to Sullivan who hit a first time effort that took a deflection of Matt Williams and into the back of the net from 18-yards giving Horsell little chance of stopping it. 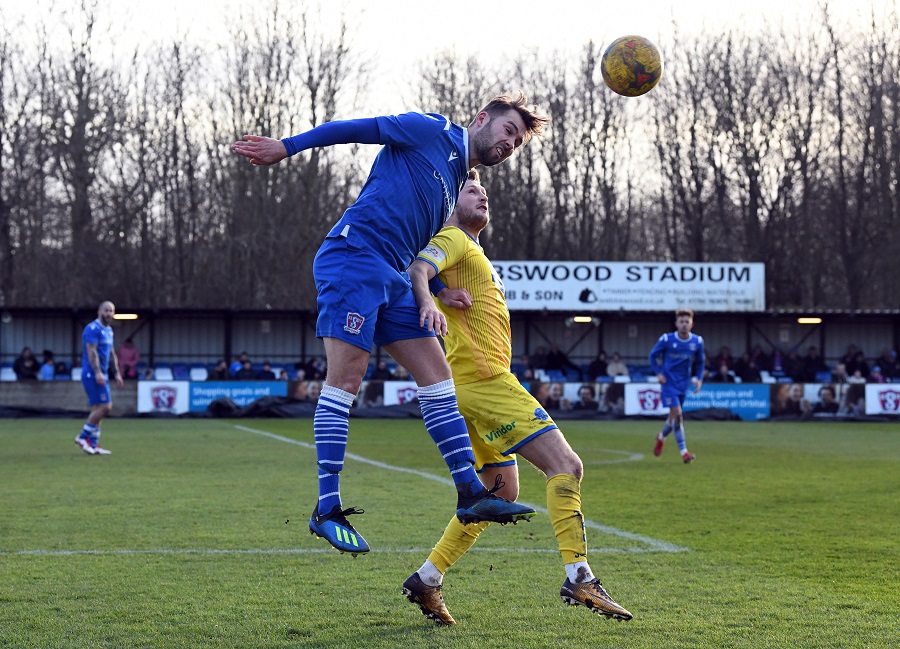 McDonagh curled another effort wide but the well drilled Taunton back four held on to a vital three points in the promotion chase and it’s now three league defeats on the spin for Swindon Supermarine as Taunton extend their unbeaten run to four.

Manager Lee Spalding commented after the game “A disappointing result first and foremost. I thought we did well to go in at half time 1-0 ahead, after a well worked goal and a good finish from Conor McDonagh, the players dug in and defended well for large parts of the 1st half, with Taunton probably having the better of the game.

We started the second half brightly hitting the bar with an excellent strike from Brad Hooper. We then went on to concede from a very soft penalty decision given by the referee, which watching the decision actually was proved to not be a penalty and possibly a foul on our player?

It completely put us on the back foot, the second goal for Taunton was another goal we will look at defensively and think we could have done better as a defensive unit to stop the shot. On the day we didn’t have enough players on their game and we now must look to dig in and get a reaction from the lads in another big game against league leaders at Chesham Town on Tuesday evening where we will of course be looking to get something from the game.