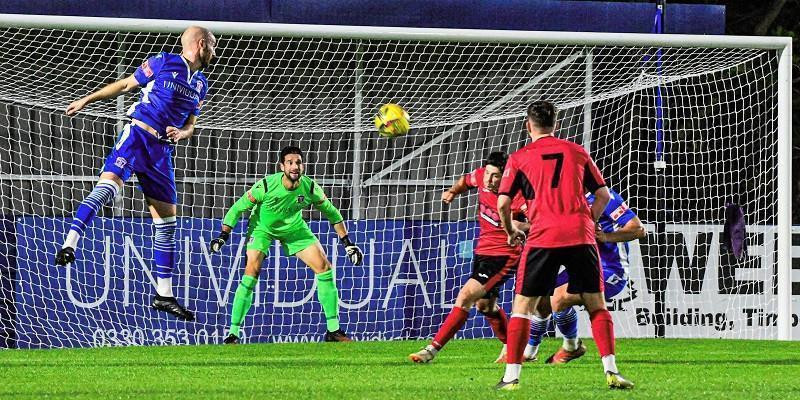 Swindon Supermarine had their first match in the Southern League Cup this season with a Preliminary Round home tie against lower opponents in Southern League Division 1 South side Larkhall Athletic who made the fairly short journey from Bath.

There were a number of changes to the line up from Saturday’s game at Poole with seven changes. Pierce Mitchell and George Dowling joined Tyrone Duffus and Jack Stanley on the injury list and a returning into the starting line up came Zack Kotwica, Louis Spalding, Brad Hooper, Frankie Artus, Pablo Haysham, Harry Williams and new signing Chris Zebroski. 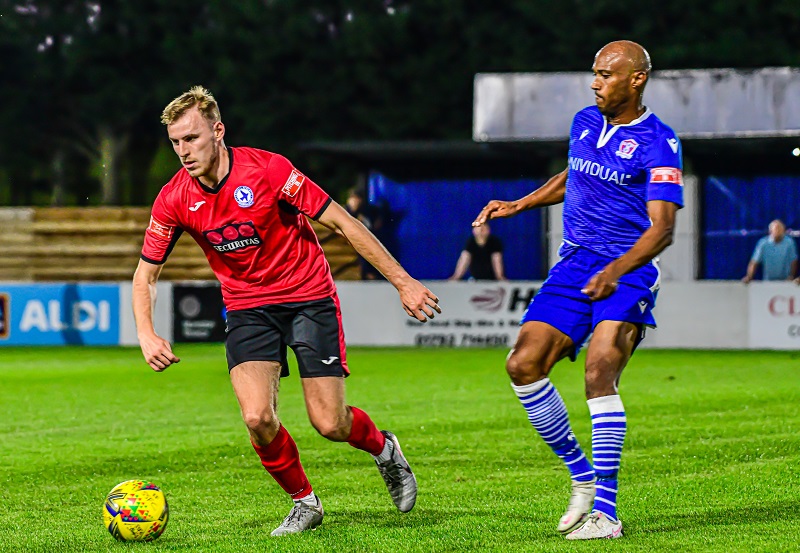 Marine started slightly on the back foot with Larkhall pressing in the opening minutes without causing any real opportunities but that had all changed by the fourth minute. After a Chris Zebroski shot was deflected wide, it brought about a string of four corners in a row. The pressure told as from the last of these when Pablo Haysham flighted the ball perfectly to the back post for the captain MAT LIDDIARD to head home comfortably on four minutes, a perfect start. 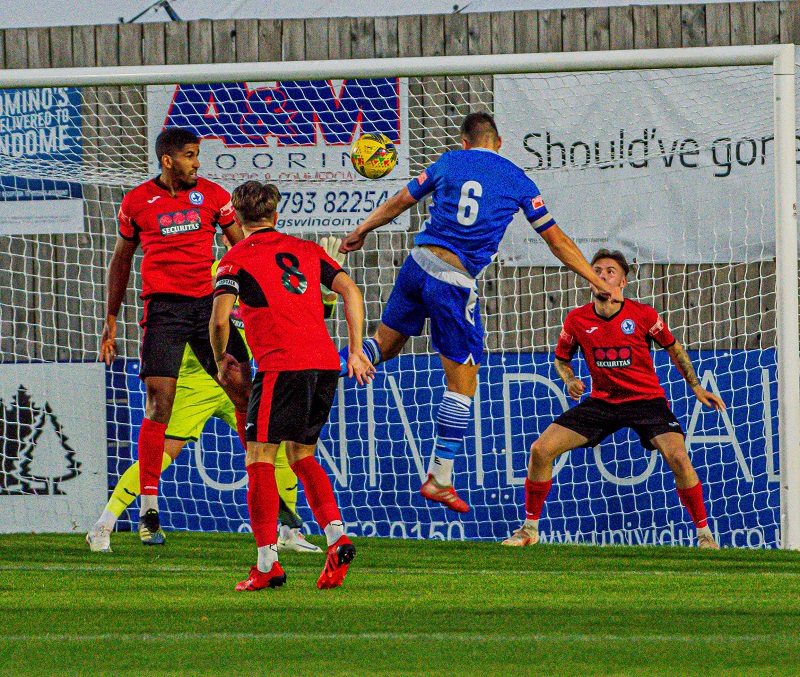 Zack Kotwica then went close to a second goal as he shot just wide with a curling shot but on 19 minutes HARRY WILLIAMS burst through the back line to to shoot past Larkhall keeper Shaun Semmens for our second goal. Then just two minutes later a repeat dosage and a similar finish to the previous one. Zack Kotwica slid HARRY WILLIAMS through the middle of the Larkhall defence and he made no mistake with the finish. 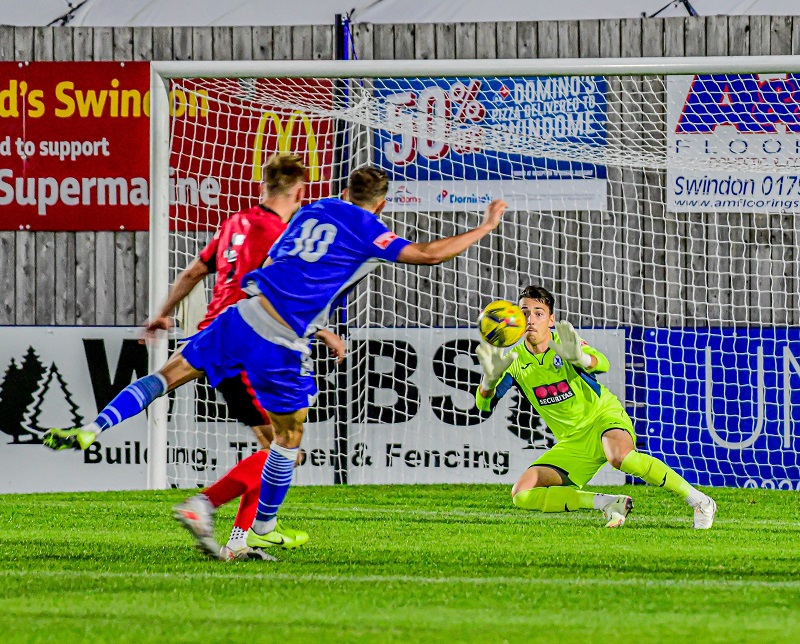 Chris Zebroski looked to add another going round the keeper but seeing his effort cleared away but he was just getting his radar in. As a couple of minutes later **ZEBROSKI did make it four with a neat finish after being put through one on one, going around the keeper and slotting home from a difficult angle. Then we had a bizarre moment when Harry Williams went through again and seemed to be hauled back by the visiting keeper Semmens but somehow no spot kick was awarded but just a corner? It made little difference and Marine went in having dominated the half from start to finish. 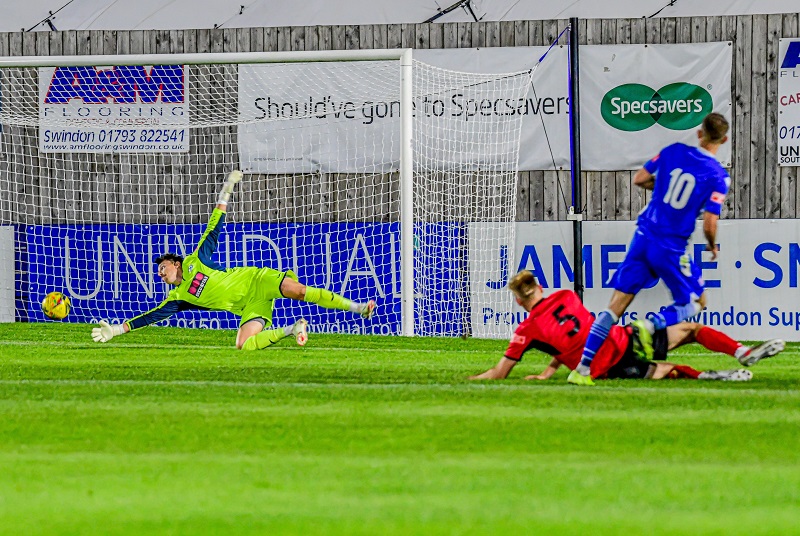 The second half was flatter for Marine with Larkhall grabbing a goal on 53 minutes from captain and midfielder DALE EVANS whose shot from around 25-yards out took a slight deflection and beat keeper Martin Horsell as it nestled into his the bottom right-hand corner of the goal. Marine did have the ball in the net on 66 minutes after a superb run by Lewis Hall as he went past four Larkhall players and his final ball found Harry Williams a few yards from goal but after scoring what would have been his hat-trick he was correctly given offside. Williams then came close again for his third goal but hit a great opportunity the wrong side of the post. 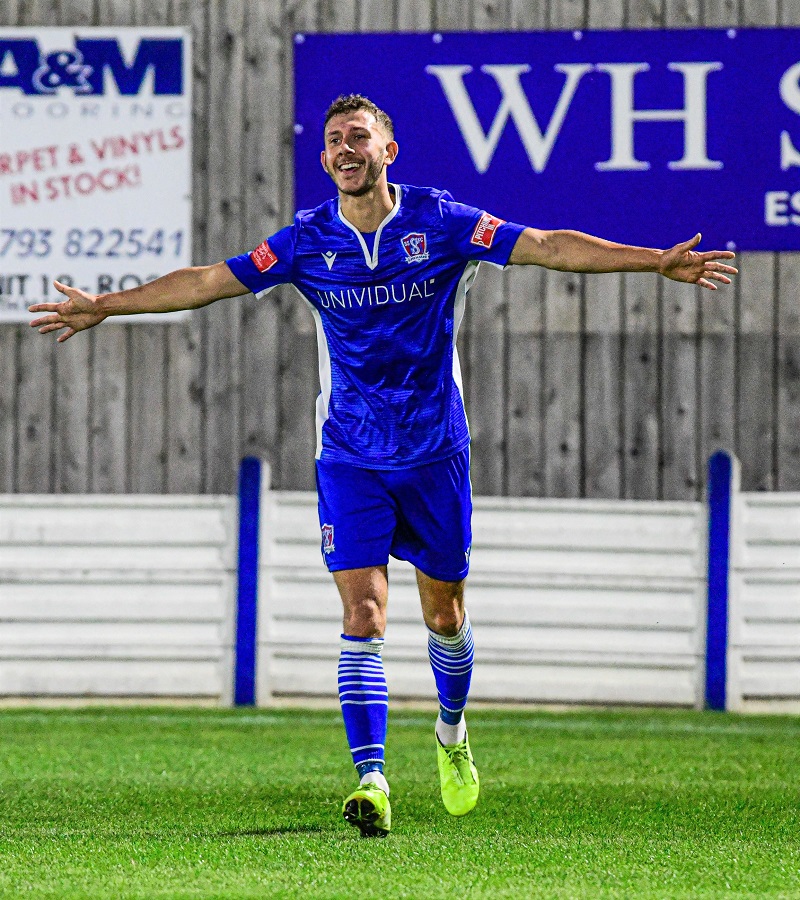 A late double change saw Conor McDonagh and Ryan Campbell enter the fray in place of Zack Kotwica and the impressive Chris Zebroski who was heartily applauded by the home support. Martin Horsell was called into action in the final minutes with probably only his second serious save of the game as he dived low to gather a well struck free kick. 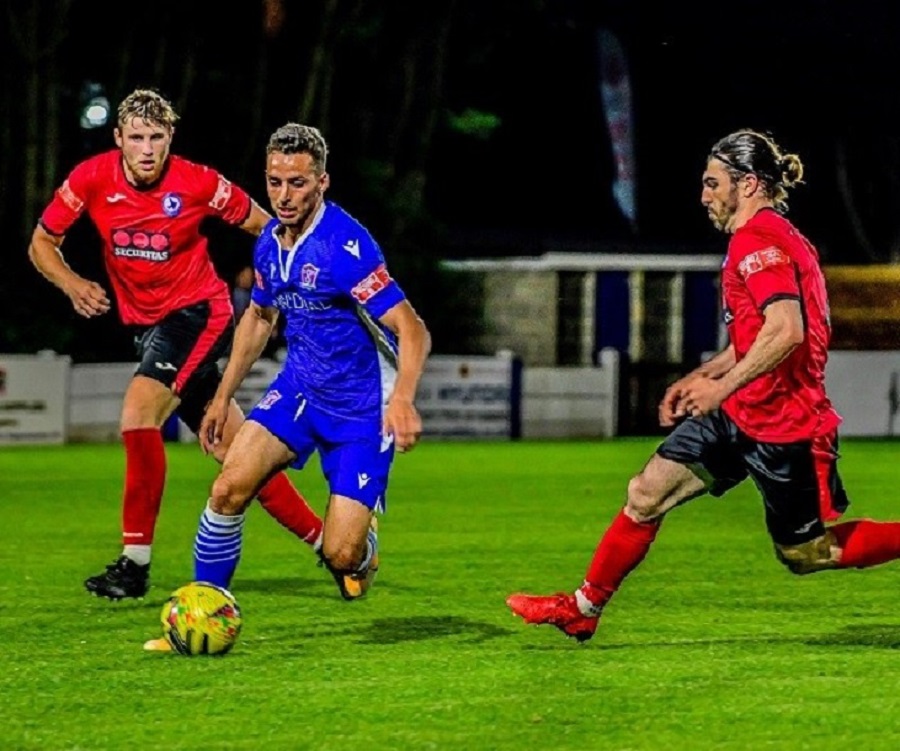 So Marine progress to the First Round Proper of the Southern League Cup after a slick first half in a match that once again showed the strength in depth of the team, even with four major absences and several regular starters staying on the bench which bodes well going forward ahead of the big test at the weekend against Tiverton Town away.