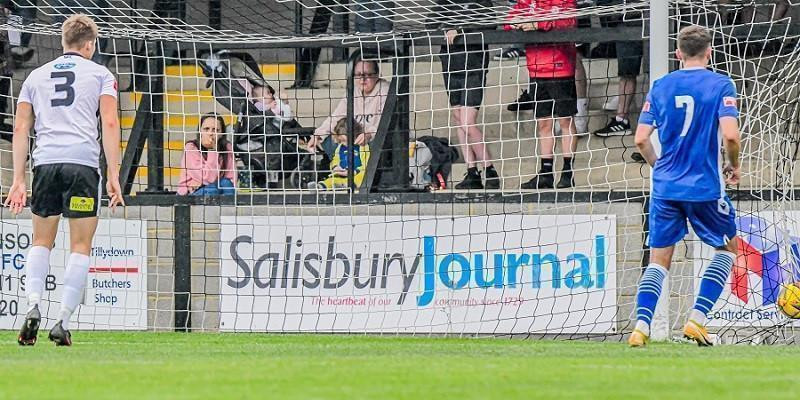 After a break of 10 days Supermarine returned to action with a Wilshire derby as they made the shorter trip to the Raymond McEnhill Stadium, Salisbury for their latest Southern League fixture. Manager Lee Spalding made five changes from the previous game with Michael Hopkins returning for a second debut at right back with a first start in the midfield for Pablo Haysham and Chris Zebroski, Harry Williams and Zack Kotwica coming in up top. George Dowling, Pierce Mitchell and Frankie Artus remained on the side-lines with injury. 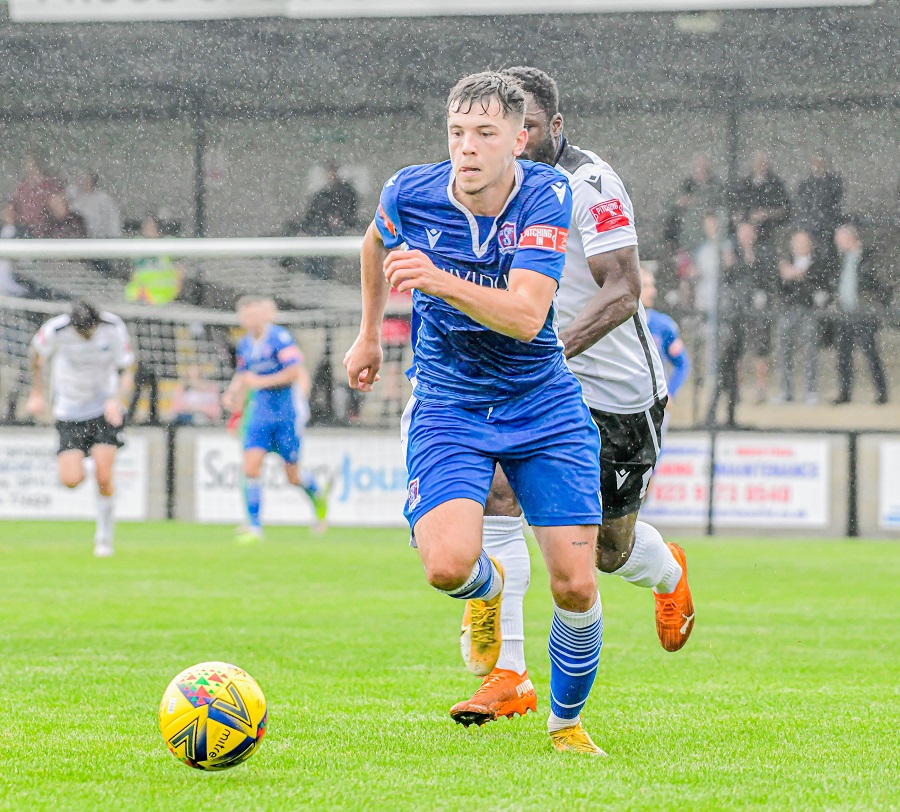 It was a quiet start but Marine were setting the early pace before the game exploded into action around the ten minute mark. Harry Williams showed a bit of trickery on the wing and was clearly brought down in the box with the assistant referee immediately raising his flag for the foul. Incredibly the referee chose not to give the spot kick instead booking Williams for simulation much to his and everyone’s amazement. Salisbury had their first effort of the game a couple of minutes later blazing high and wide from distance but started to settle into their rhythm to up the pressure. 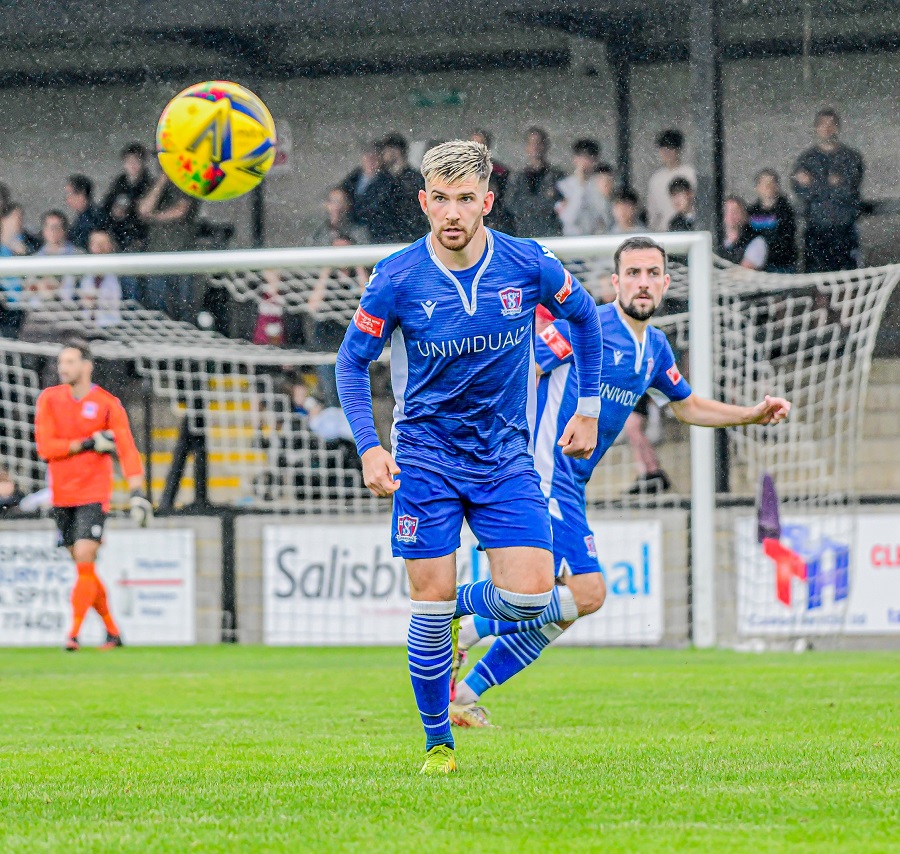 Marine took full advantage of this more adventurous play from the hosts and ZACK KOTWICA cut inside from the left and steered a beautiful shot along the ground into the corner to beat Marcus Beauchamp in the home goal on 19 minutes. Salisbury responded immediately hitting a long strike from skipper Charlie Kennedy over the top. 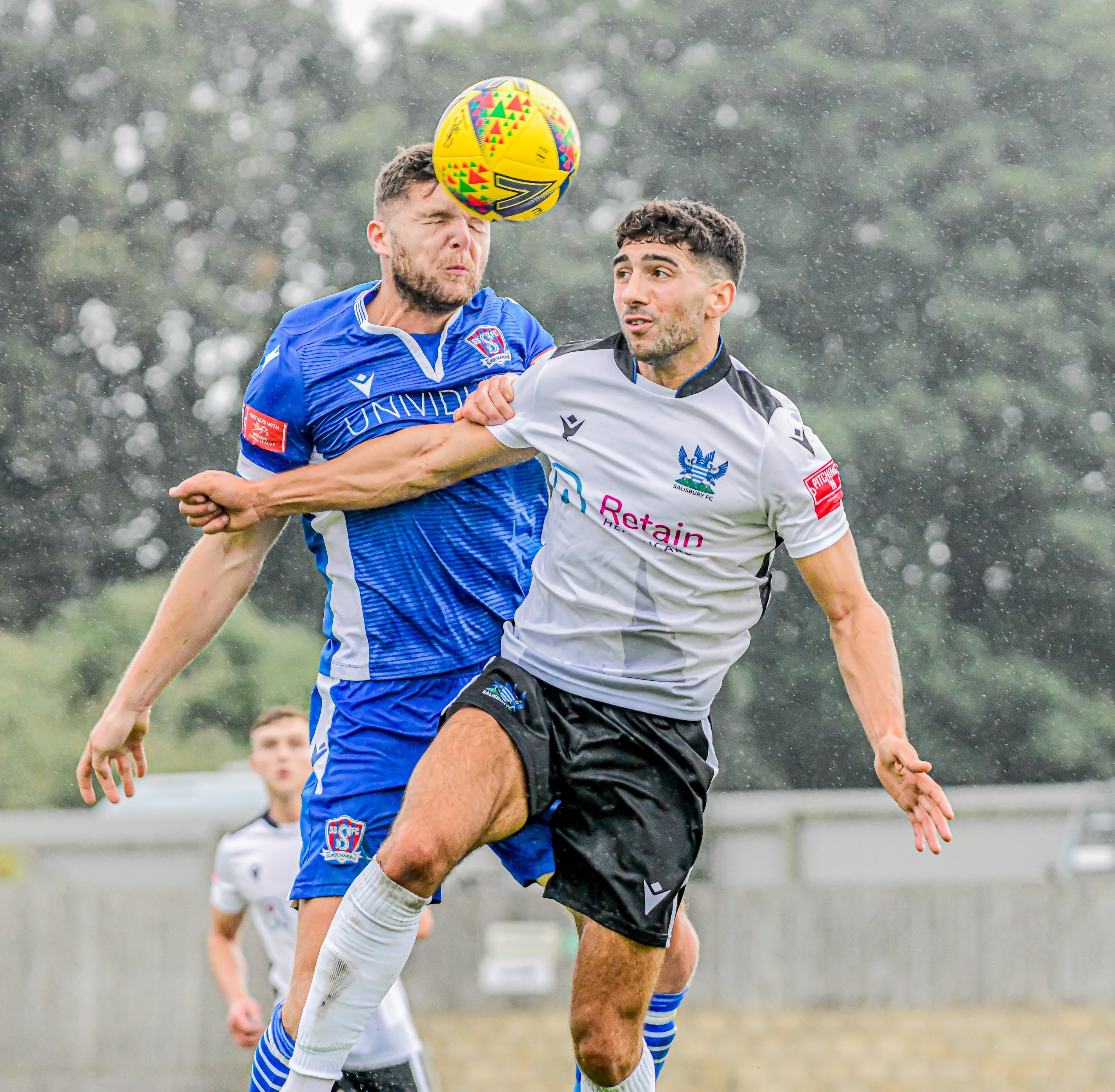 Then came that crazy ten minute spell!. Salisbury moved forward on 27 minutes and the ball eventually came to OLLIE KNOWLES on the edge of the box who struck the ball unchallenged past Martin Horsell to level out of nothing! A corner was gained a few minutes later, Marine were too slow to spot the short corner routine which allowed JACK BALL to head home close in giving Horsell no chance and the tide had turned. Marine froze completely and ANTONIO DIAZ went on a run before squeezing a shot past Horsell to make it three shots on target and three goals in a nine minute spell and they weren’t finished. A fourth goal followed almost immediately. A cross from the right was met superbly at the back stick by SAM ASHTON who headed over the top of Horsell and into the far corner. Four goals in eleven minutes from four shots and the game was effectively over. 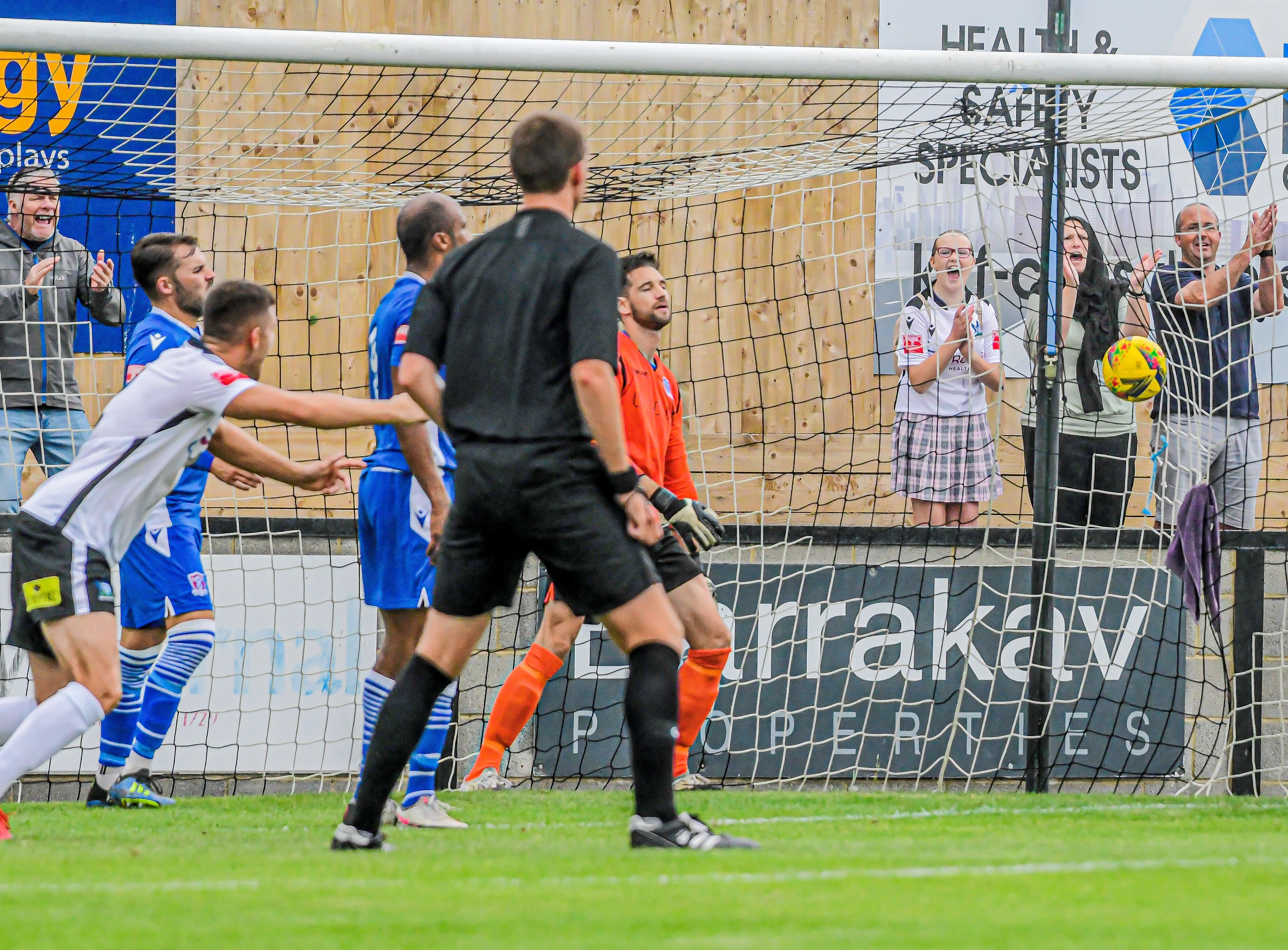 Before the end of the half Dan Ball was booked for a challenge and Marine trudged off knowing they had to perform a miracle to gain anything from the game despite having most of the play for much of the first half. The gaffer opted to change things up for the second period bringing on Conor McDonagh and Brad Hooper for Haysham and Williams. 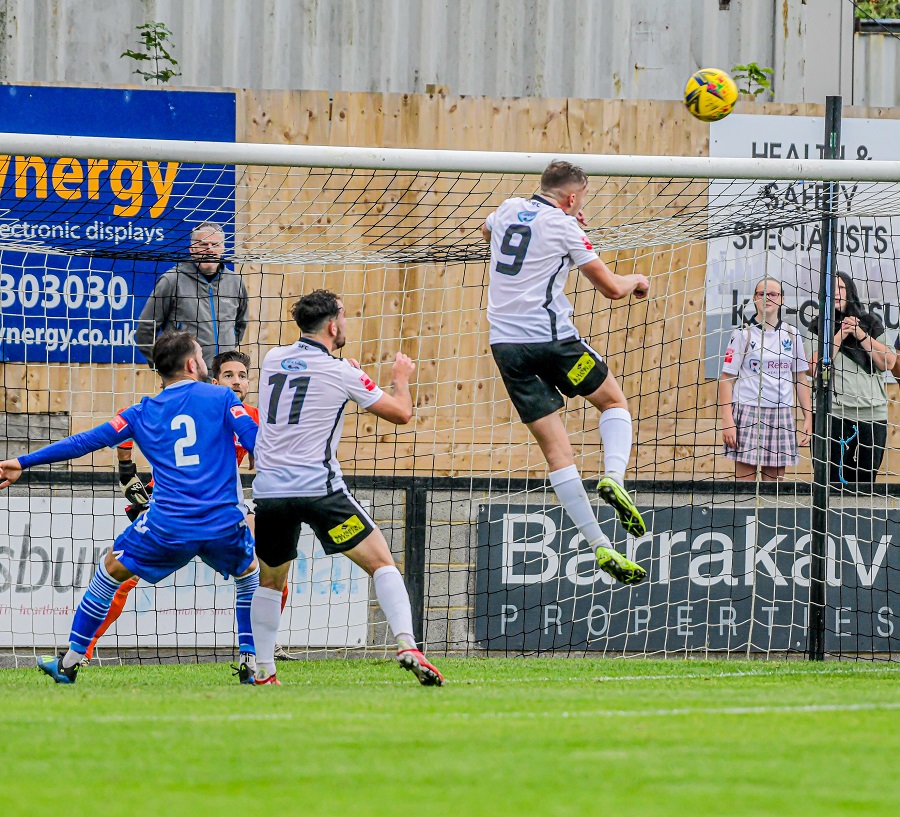 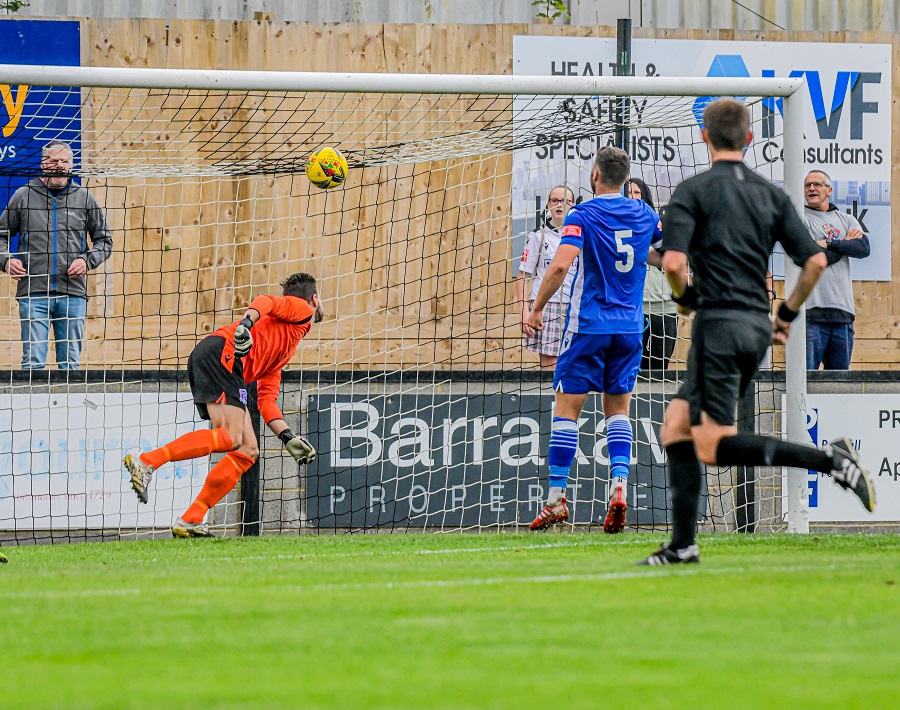 Zack Kotwica set the tone early on dragging a shot just wide as Marine literally went all out for goals. Another contentious incident occurred ten minutes into the half as Salisbury dallied in defence and Chris Zebroski nipped in ahead of the defender and keeper to net the ball. Once again the referee decided against the goal being awarded incredibly not just giving a foul but also booking the striker. Harsh to say the least. 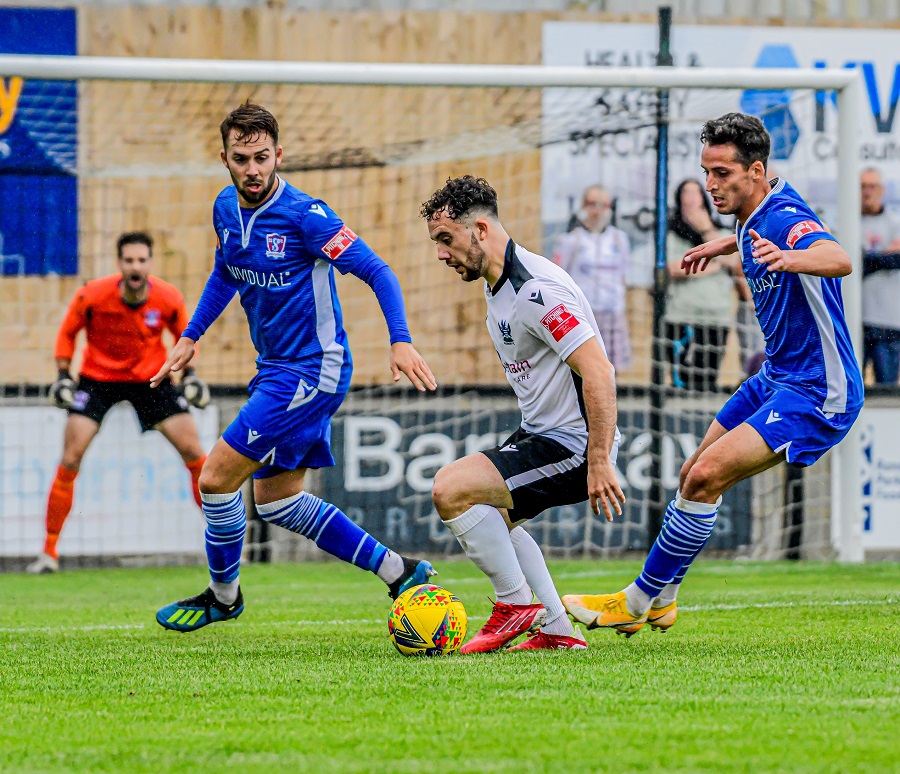 Salisbury had their first effort of the half on 56 mins with Horsell getting down well to field the shot. But Marine were putting on the pressure with Jamie Edge firing over the top after some good build up. A goal was always coming and on 67 minutes a free kick was floated in and Dan Ball headed down to CONOR McDONAGH to smash home from five yards to make it game on! 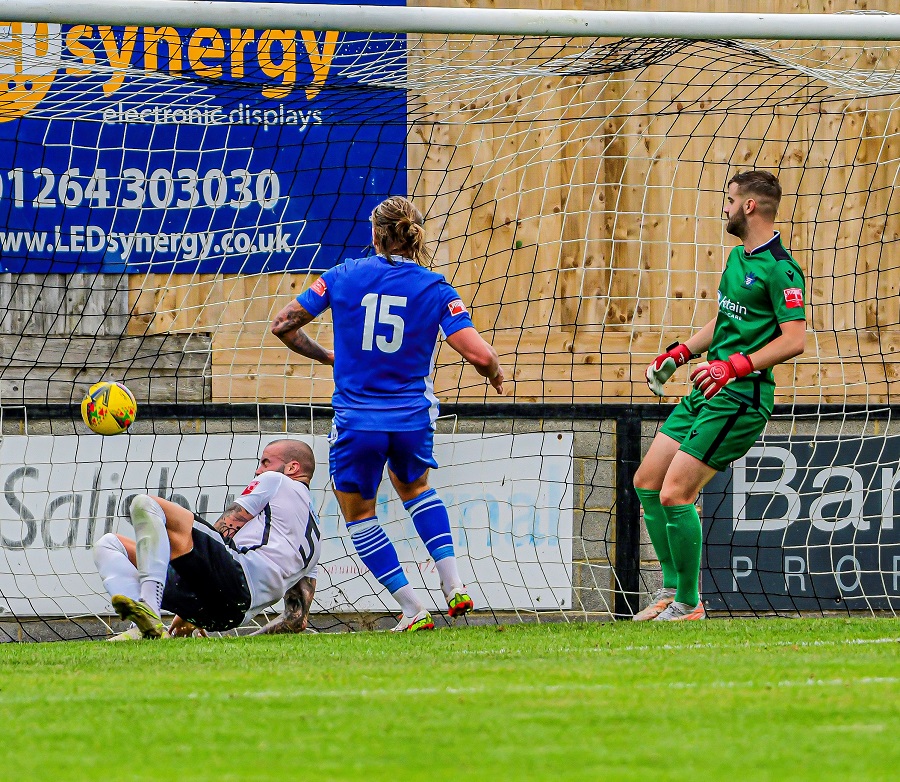 Salisbury had a large penalty appeal of their own soon after our second goal which was waved away by the official but no booking this time for the simulation? Ryan Campbell was the last throw of the dice 20 minutes from time coming on for Henry Spalding. Another penalty appeal was turned down with eight minutes to go for a handball in the box, A Salisbury defender stuck out a hand from Kotwica’s cross was once again waved away by the official as Marine continued to close the deficit. Jamie Edge had the final effort once again high and wide over the top. 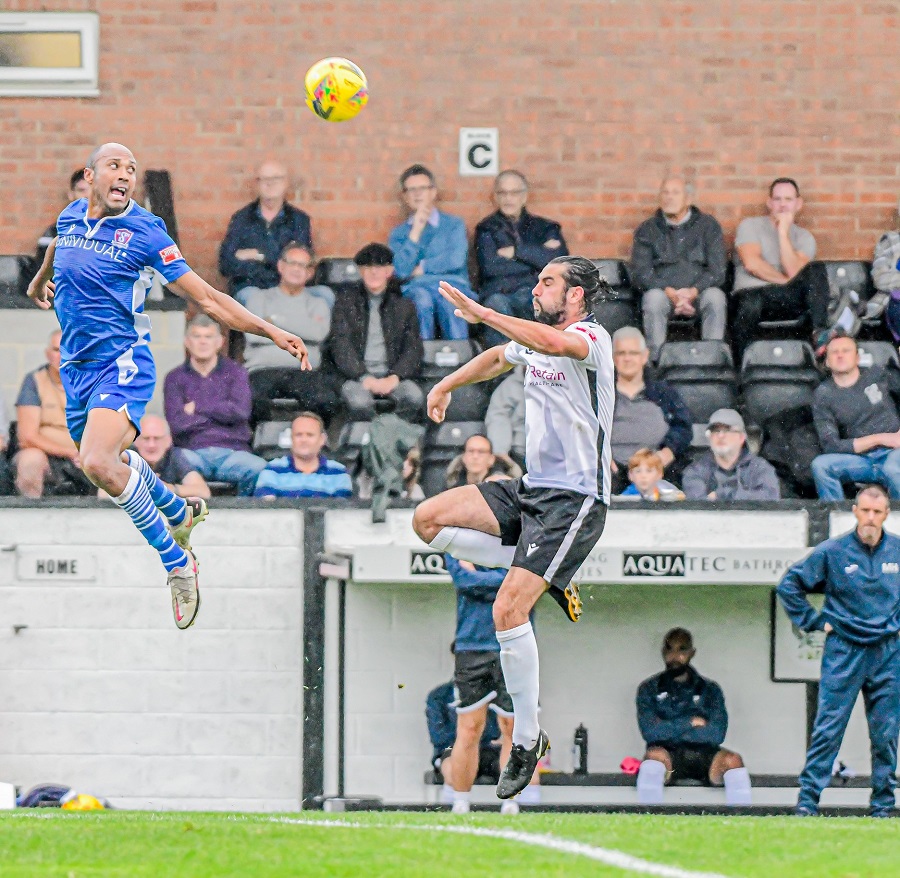 A better second half display to gain some pride from Marine but the damage was done in that crazy first half period. Better will be expected going forward as we look to learn the lessons of this defeat. Next up another trip to the seaside on Tuesday night when we visit Weston-Super-Mare.

Fans player of the match by some margin was Zack Kotwica