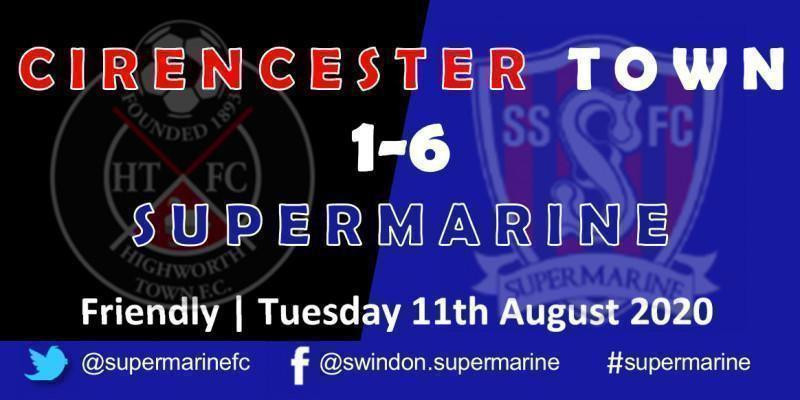 Marine faced their second pre-season challenge on Tuesday night as they visited the Corinium Stadium to take on John Brough’s Cirencester Town of the Southern League Division One South. 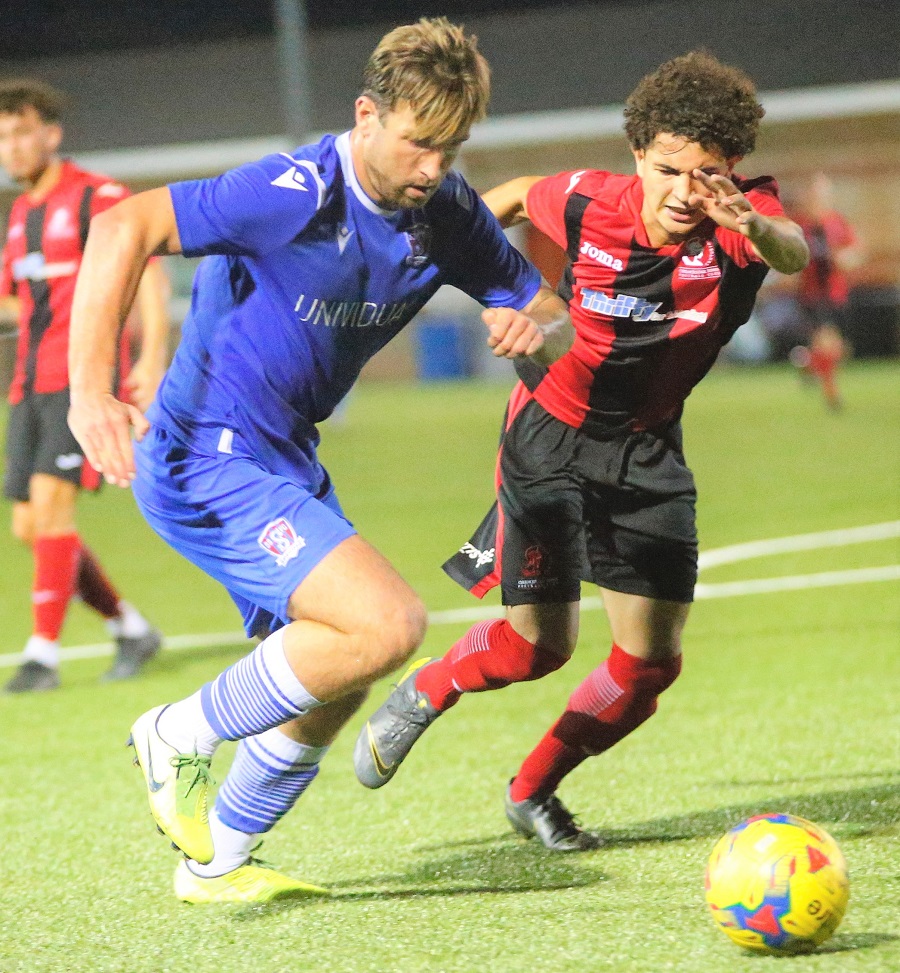 With a mix and match line-up of first team regulars and those looking to push for a starting place the Blues couldn’t have made a better start. A cross was swung in from the right and Cirencester defender Shayne Anson headed back into his own goal giving keeper Harris no chance. 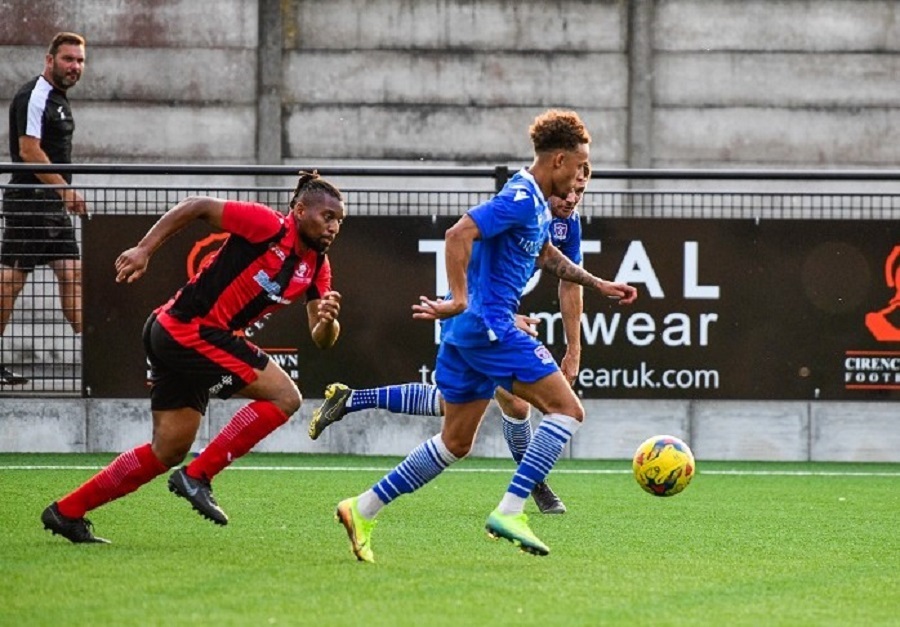 Marine were bossing possession on the synthetic surface buoyed by the early goal but gradually as the half drew on the hosts grew in confidence and got into the game with Rodger James a menace on the right. The hosts nearly drew level after Supermarine got into a tangle at the back and Martin Horsell did well to clear from the onrushing Josh Parsons. 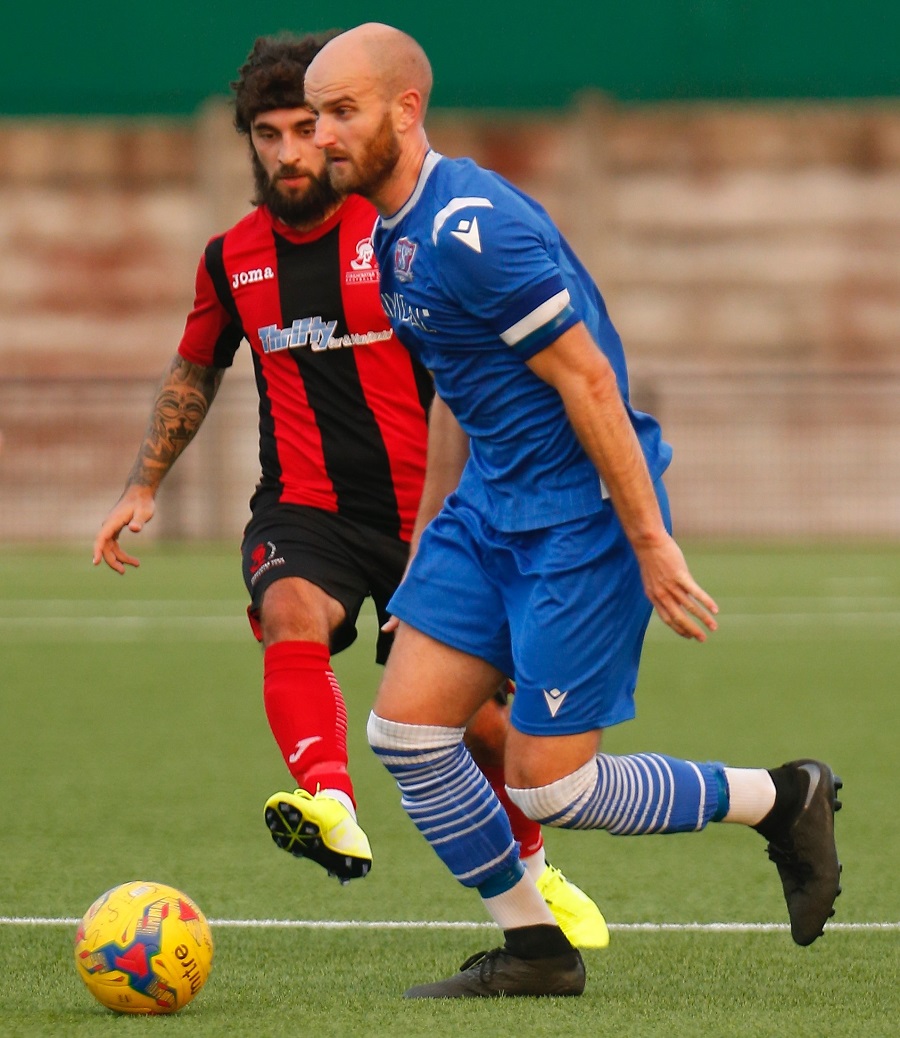 Just after the half hour an excellent cross from Rhys Wells was met weakly by Marine trialist Cameron Allen and a good opportunity to double the lead was squandered. Overall a mixed first half – solid at the back but lacking the cutting edge up top. 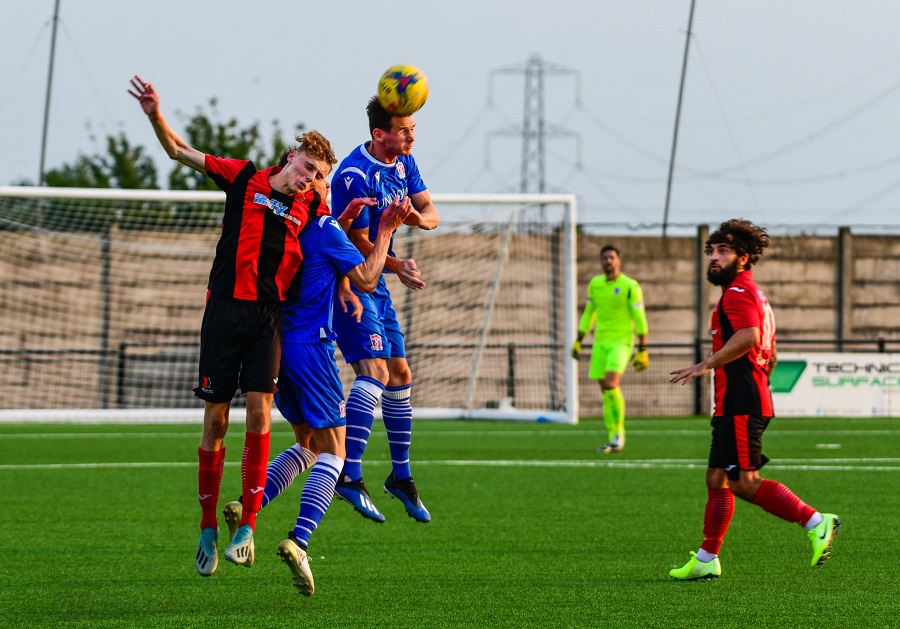 It was all change at the break with Allen,Edge, Wells, Marshall and Campbell withdrawn and McDonagh and Williams moving up top, Hooper and Liddiard slotting into midfield and Henry Spalding arriving in the middle of the park. But the changes seemed to unsettle Marine as a good team move from Cirencester saw Josh Parsons nip in with a neat finish to level it up just 5 minutes after the restart. 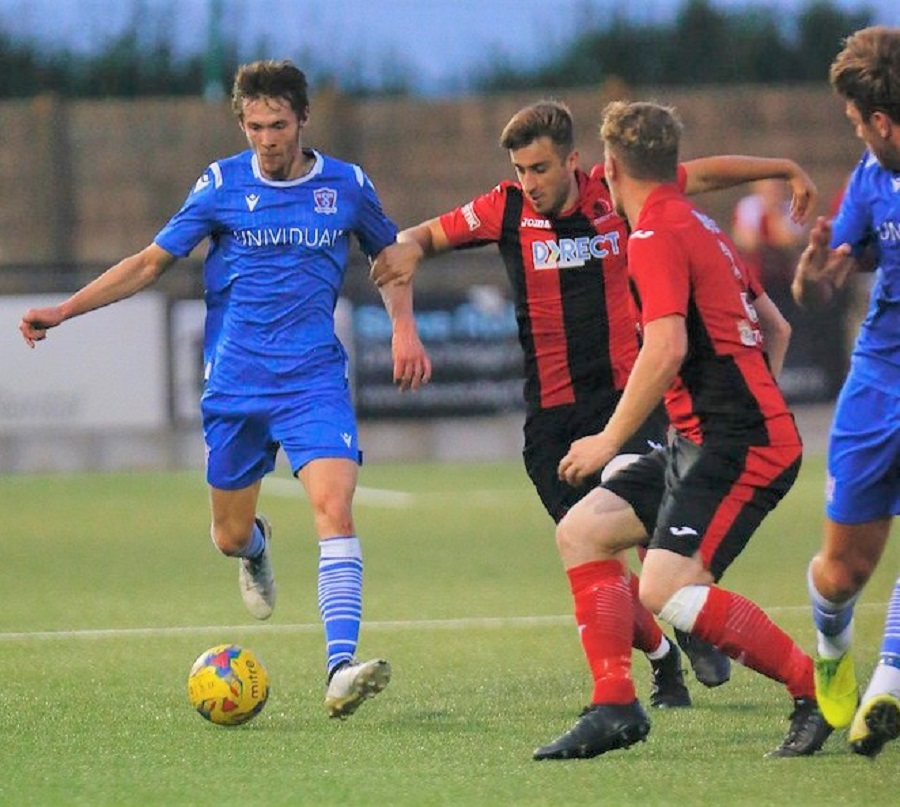 Williams tried to solicit an instant response but his turn and shot was well held by the hosts custodian Alex Harris. It did not take long though for the Blues to retake the lead and who else to score but CONOR McDONAGH. A turn, a swivel and some quick feet combined with a strong finish saw the net ripple and just after the hour it was effectively game over after right back JACK STANLEY’S cross shot eluded the keeper to make it 3-1. 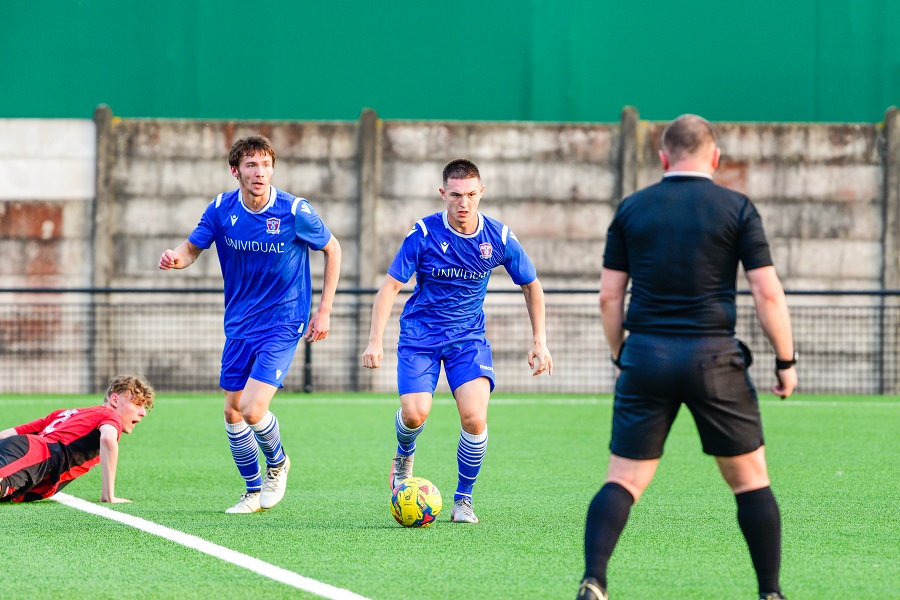 Further changes saw youngsters Tommy Ouldridge and Ollie Rejek come on for Pierce Mitchell, who had a solid first showing and Stanley. 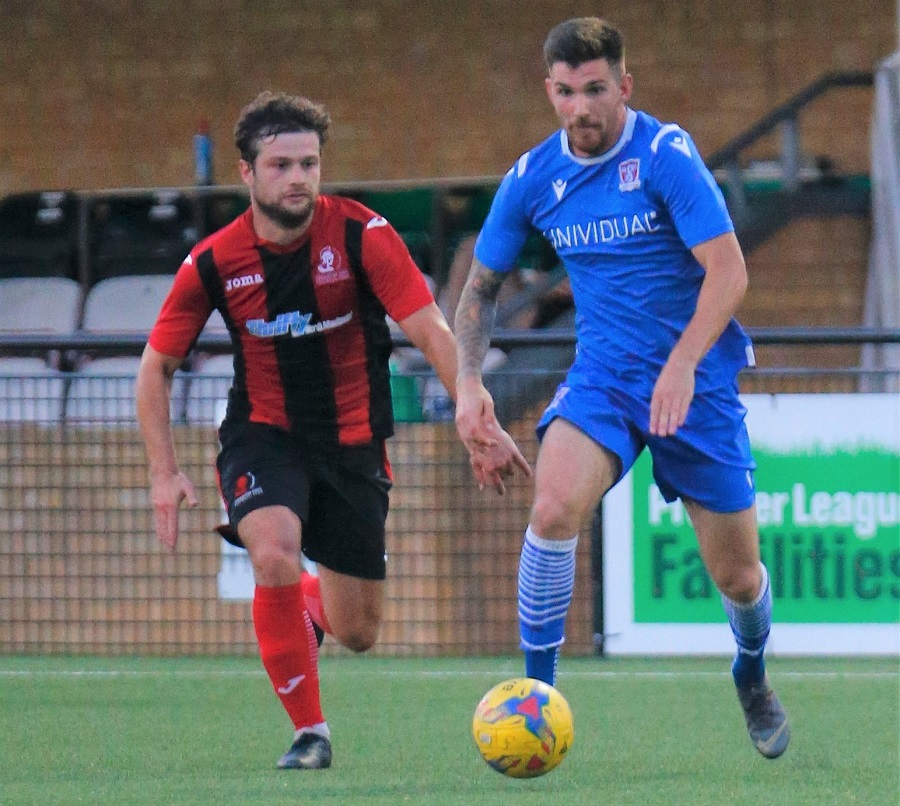 Ouldridge was straight into the action with a shot from range deflected for a corner, and from that he thumped over again from close in. Then the goal of the night on 71 minutes. ZACK KOTWICA, who seems to be specialising in top quality strikes was found at a short corner and he curled a 25-yard effort into the top of the net for an outstanding goal! 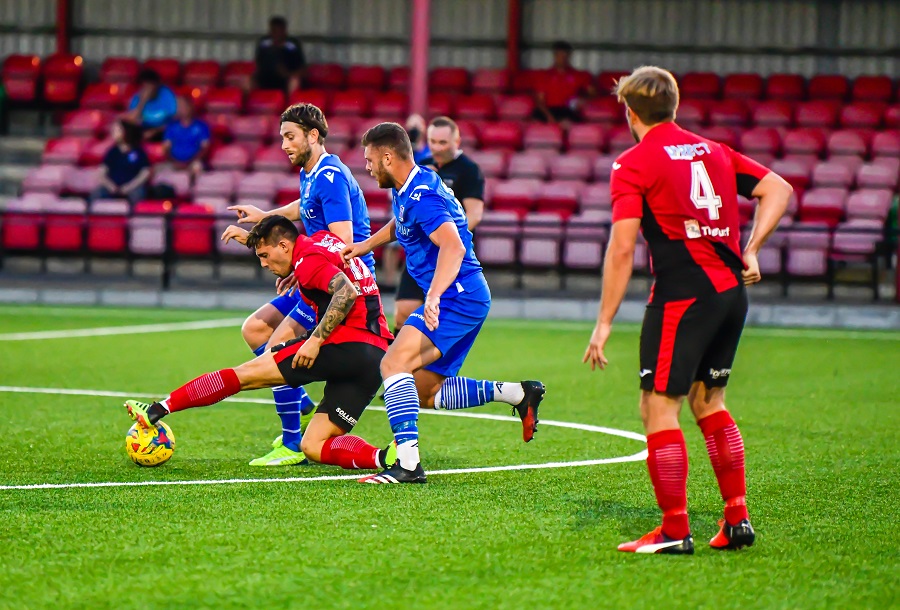 With 10 minutes left the night was tempered with the first of two injury worries. Henry Spalding seemed to get his studs caught and left the field with a nasty looking knee injury and this was quickly followed by Ouldridge after taking a bang to the nose at a corner. This saw Edge and Wells return to the field. 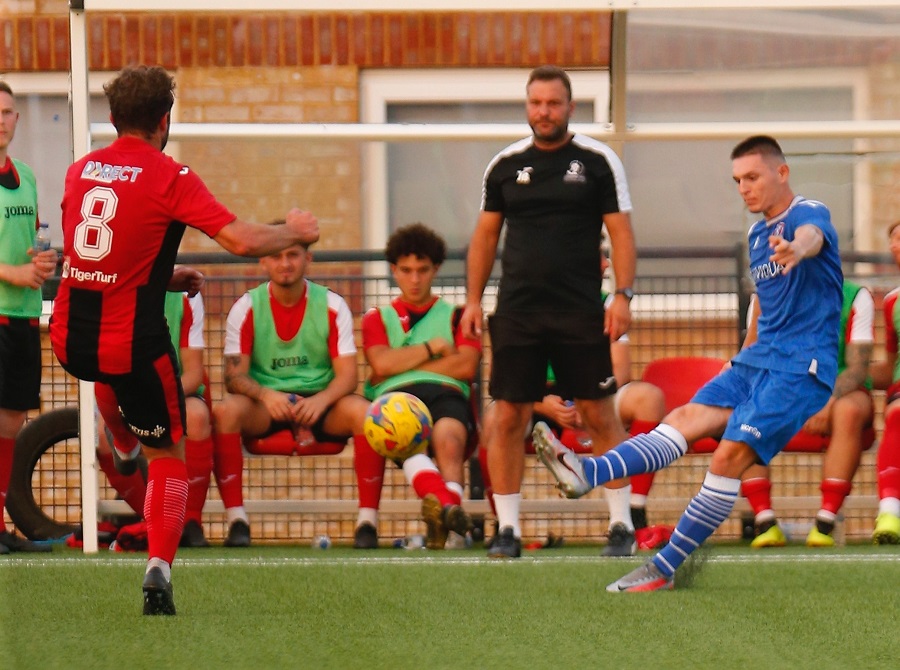 Marine weren’t done yet as they added two strikes in injury time and this after McDonagh and Lee had chances blocked and cleared off the line. On 93 mins Williams set through McDONAGH for his second goal – a neat low finish into the bottom corner and right on time HOOPER netted with a neat volley from close in to make the scoreline look very convincing indeed. 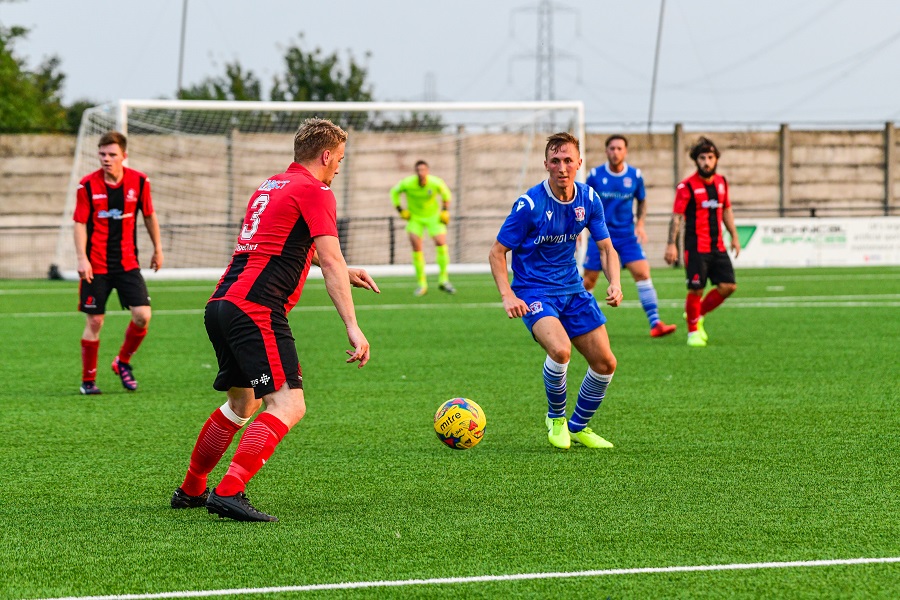 An excellent run and superb second half attacking display against strong opponents. The only down side is the injuries sustained. Marine will be hoping the one to Henry Spalding is not as serious as it looked.

MOM For a superb goal and selfless running for the whole 90 mins ZACK KOTWICA
FT: 1-6