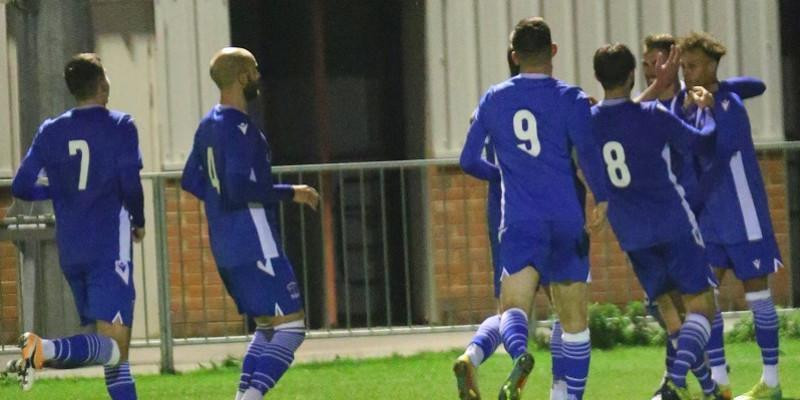 Swindon Supermarine went down to their second defeat of the week in the Pitching In Premier League South at the SKYex Community Stadium on Tuesday night and for the second game in a row Marine will be wondering how they have not come away with at least a draw!

There was a return to the side for Henry Spalding who had been injured in pre-season as well as Brad Hooper moving back into the midfield with Louis Spalding and Jack Stanley moved to the bench. 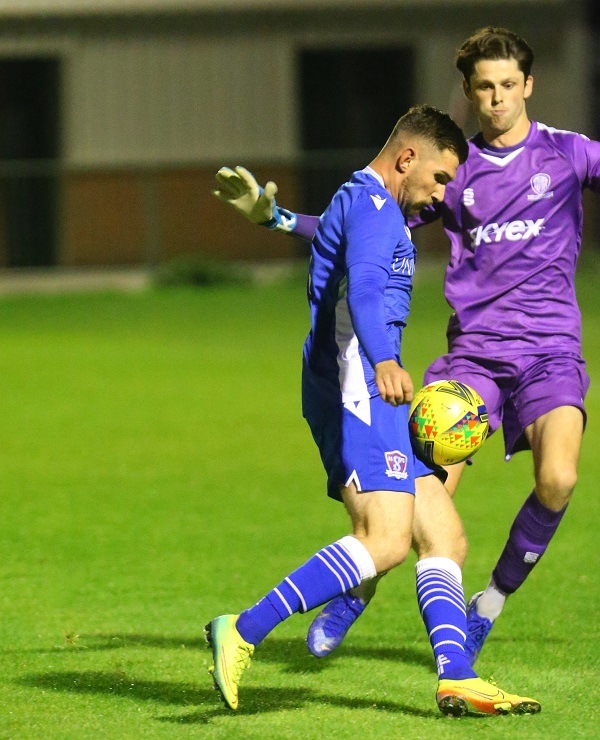 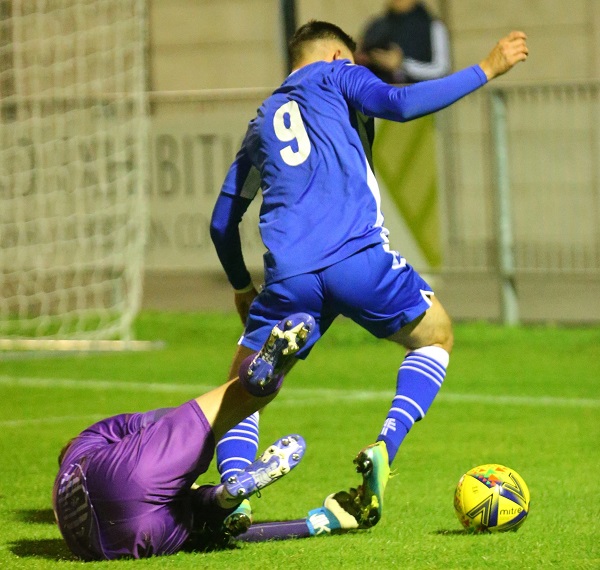 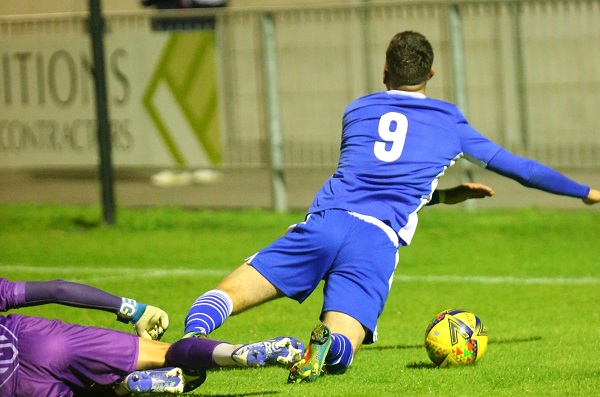 Zack’s penalty appeal that was turn down was five yards from the assistant?
Photo ©Jeff Youd Photography
Match Album

Marine started brightly putting on some early pressure before the game gradually settled down into another open end to end affair. An early effort from the hosts was blocked well by Mat Liddiard. But both sides were showing their quality with some slick passing and good moves promising goals.

On 16 minutes a Jamie Edge free kick was just deflected wide for a corner. But just a minute later Hayes had a corner of their own and debutant defender DENZEL WILLIAMS got away from his marker at the far post to volley home unmarked. Marine looked to respond but Ryan Campbell’s cross was plucked out of the air by the impressive home keeper Jack Smith.

Conor McDonagh went on a mazy dribble on 25 minutes but couldn’t quite find the final pass through to Zack Kotwica on the edge of the box. And then Hayes nearly added a second when a 30-yard effort from Scott Donnelly thundered against the post and bounced clear. On the half hour Kotwica broke free only to be tripped on the edge of the box but the official waved away his appeal.

Marine continued to push and shots from McDonagh and Hooper were well blocked by the home defence. Hayes’ dangerous striker Francis Amartey was the big threat up top for the hosts but Jake Lee did well to block his latest attempt to strike. Amartey’s trickery was proving difficult to handle and Lee was booked for a trip on the edge of the box as the half ended, but the free kick was well blocked by the wall.

So at half time in front of a crowd of 188 the hosts had just edged proceedings but as the second half began Marine looked to have stepped up a level. An excellent cross by Pierce Mitchell was once again taken out of the air by the impressive Smith in the Hayes goal. But the good passing, possession and pressure continued as Jamie Edge in the centre of midfield started to control proceedings and the hosts started to look panicky. 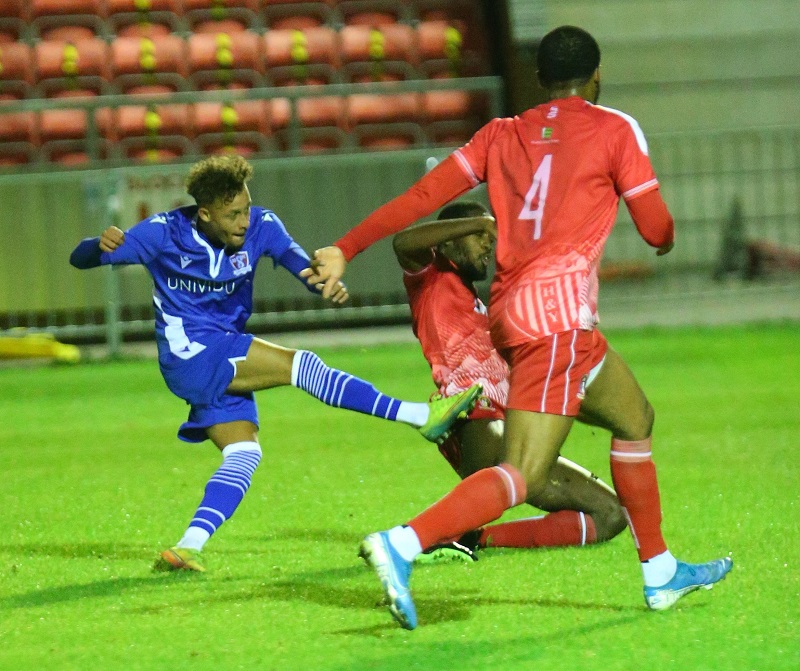 Just before the hour Kotwica broke through the back line and went round keeper Jack Smith before being clipped on the heel. A stonewall penalty it seemed - only it wasn’t! The referee waved on with the assistant also unmoved! But Marine got their the reward their excellent play deserved. CAMPBELL linked up firstly with Kotwica and then a quick 1-2 with Henry Spalding before sweeping the ball in the corner of the net for his second in two games. The boy has literally been on fire so far this season! 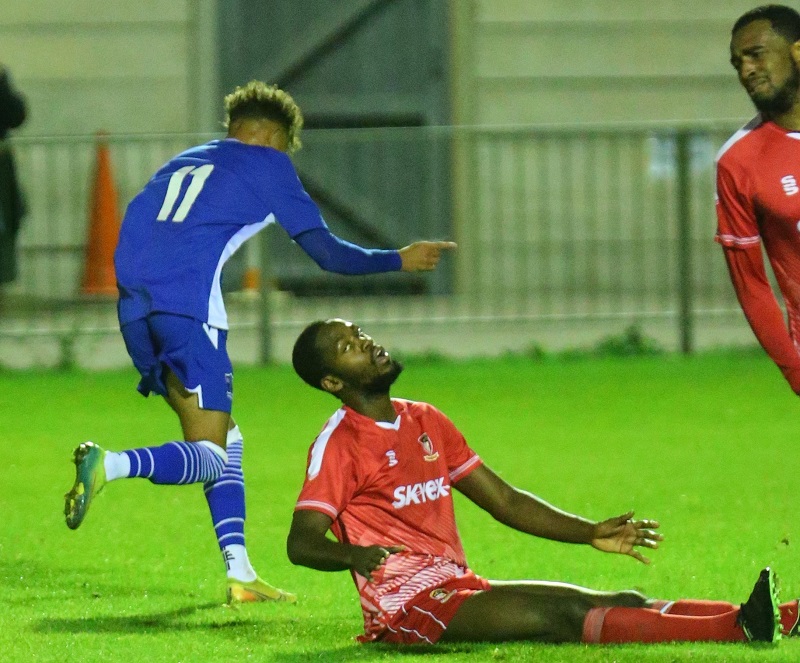 But just as Marine were looking good for a second goal a key incident proved to be decisive. Amartey went on another run but was superbly blocked by skipper Mat Liddiard. However he received a blow to his hip and had to leave the field. This meant a reshuffle at the back with Jack Stanley coming on. 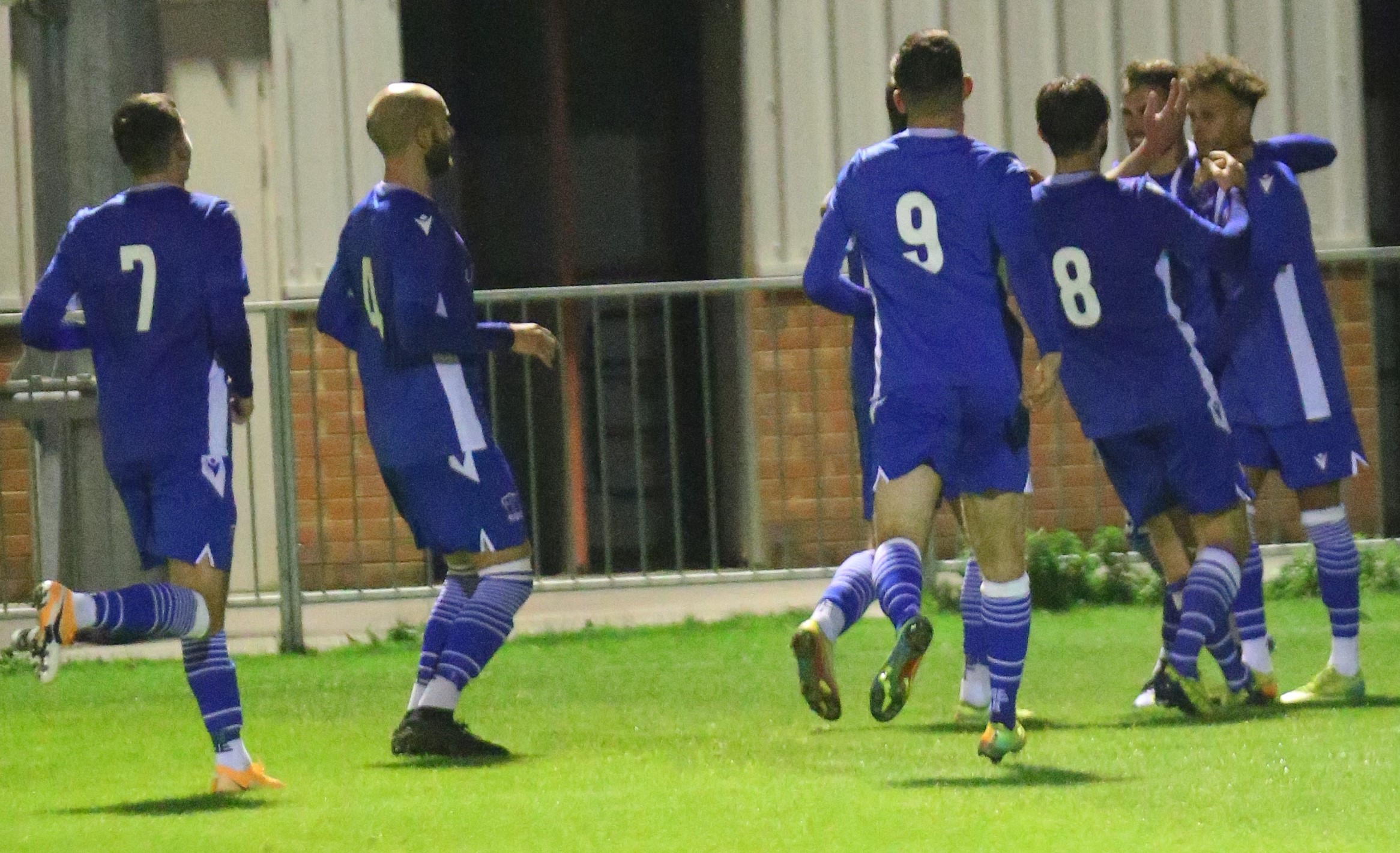 Another chance went begging with 15 minutes to go when a corner found Mitchell but he couldn’t quite get to the ball and his glancing header went wide. From the next attack and against the run of play in the second half broke away and a switch of plays to the right wing found the advanced full back Bay Downing whose pinpoint cross found substitute JACK CUNNINGHAM who just got to the ball before Jake Lee to head the ball down and goal bound that Martin Horsell could only help into the net. The hosts now had renewed confidence and another shot soon afterward was well held by Horsell low down to his left.

Marine tried hard to level the game but were caught out over getting numbers forward. With found defenders around him McDonagh lost the ball a long clearance into space saw Francis Amartey run behind Stanley and Lee as he’s pace took him clear and with Horsell rushing a good 35-yards from his goal **AMARTEY got to the ball first and with some skill lobbed the ball home from distance. Shortly afterwards Horsell made another fine save as he palmed Cunningham’s low shot as the hosts looked to make the scoreline look even more one sided.

To their credit the last minutes were all Marine, continuing to put together some excellent football and pressure. Jamie Edge was denied a goal his performance deserved as home keeper Smith followed up with another top notch save as he punched a goal bound effort for a corner to deny him from the edge of the box.

Overall, perhaps a harsh scoreline on Marine, who for a long part of the game, had looked the better side, particularly for the first 25 minutes of the second half. Again a tough one to take but against one of the better sides in the league Marine will look to take the positives out of the match, learn from the errors and know that performances like the last two will garner far more wins this season than defeats. My star man was Jamie Edge who looked majestic at times with his control of the middle of the park.