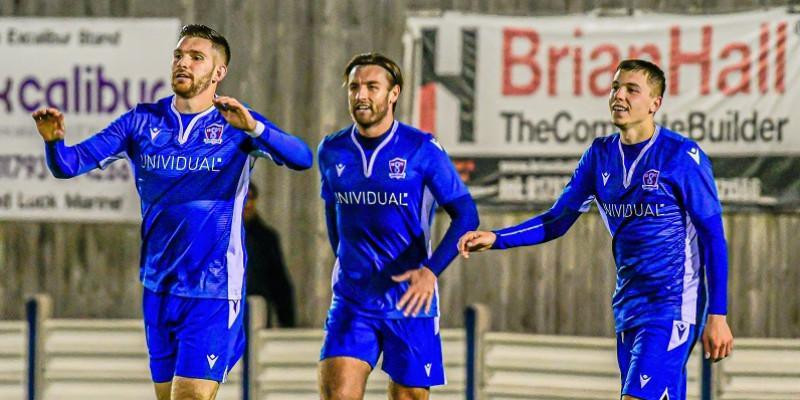 NOT SUCH A THIN BLUE LINE

Marine moved up to seventh in the PitchingIn Southern League Premier Division South on Tuesday night by overcoming a resilient Metropolitan Police team 2-1 at the Webbswood Stadium. Pierce Mitchellwas ruled out with the knock he sustained at the weekend so Michael Hopkins came in at left back with Louis Spalding moving to right back. Henry Spalding also made a start replacing Harry Williams from Saturday’s line-up as Marine moved to a 4-3-3 formation. 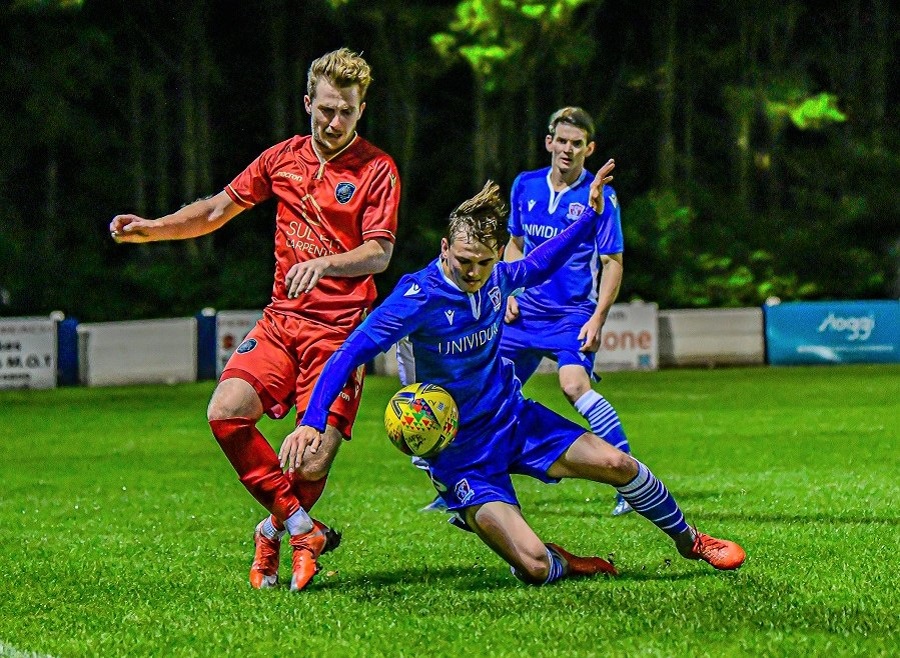 Marine made a positive start forcing a couple of corners with no reward. The first real incident of note came on 15 minutes when Ryan Campbell just beat the Police keeper Rhys Forster to the ball and went down but the referees outstretched arms indicated, no penalty! The Met Police’s Max Blackmore then had a snap shot soon after that hit the side netting. 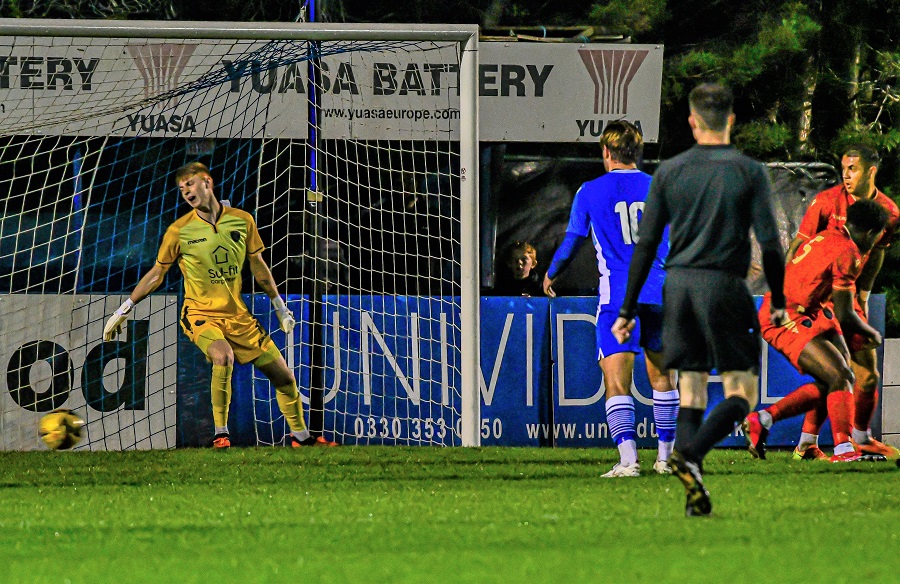 The game finally burst into action on 27 minutes when Campbell’s wing play and then cross after left the fullback fell to Conor McDonagh in front of goal but the ball was toe poked away by Met Police defender Simba Kudyiwa but only as far as ZACK KOTWICA who slammed the ball into the bottom left corner of the goal to give Marine the lead. The Met Police responded well and had a period of pressure leading up to half time but good defensive work from the back four and some excellent glove work by Martin Horsell, particularly at corners, kept it 1-0 going into the break.

Marine as they so often do start the second half strongly and within two minutes they had doubled their lead from a Met Police corner! The ball was partially cleared before Jake Lee got to the clearance before the Met Police’s Ollie Robinson could shoot and then held the player off before going on a lung busting 50-yard run down the pitch and with Kotwica alongside him he superbly put him in on the edge of the box. ZACK KOTWICA did not hesitate to shoot and drilled home a fine shot into the corner for his fifth goal of the season. 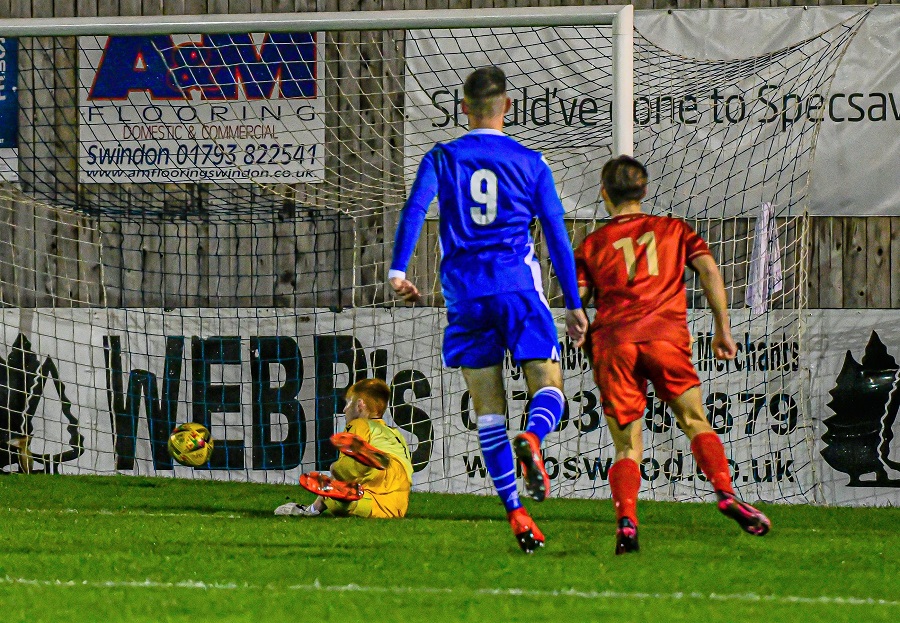 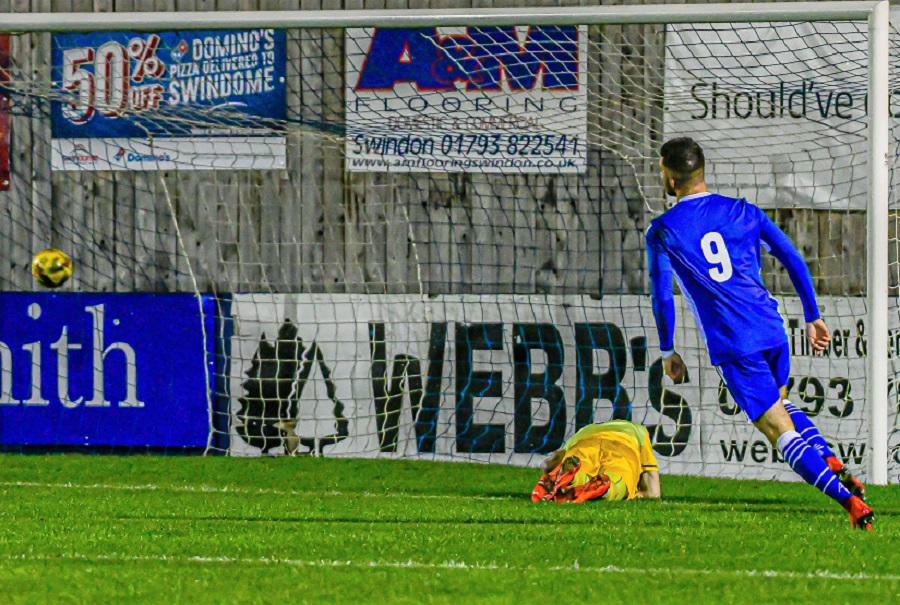 Whether Marine just lost focus or relaxed at doubling the lead they were made to pay immediately when minutes later Max Blackmore, looking suspiciously offside, broke through and squared to OLLIE KNIGHT who finished well from the edge of the box to make it 2-1 on 49 minutes.

But this inspired the hosts to up the ante once more and they will be wondering how they failed to grab a third goal on the night. Skipper Mat Liddiard got on the end of a Jamie Edge free kick but headed just over before minutes later he got on the end of a corner and this time his effort came off the bar! This was quickly followed by a handball shout against Met Police defender Simba Kudyiwa but the official deemed it accidental before Kotwica then netted for the third time but was adjudged to have handled himself. 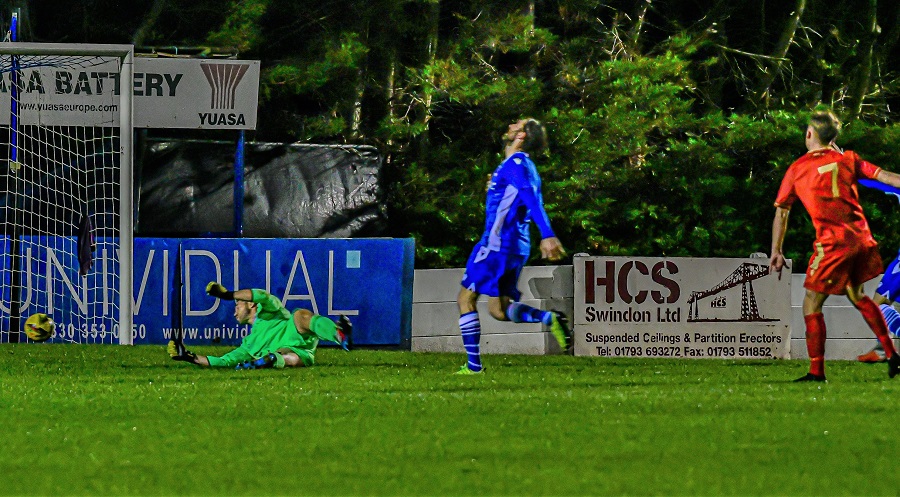 Harry Williams entered the fray on the hour replacing Henry Spalding as the game became very competitive with the visitors not giving an inch and pushing hard to level. McDonagh’s cross come shot hit the bar with 20 minutes left before following this up not long after with an effort into the side netting. Mat Liddiard had another headed effort just off target before Williams had the chance to seal the deal on 86 but his effort was straight at the keeper. 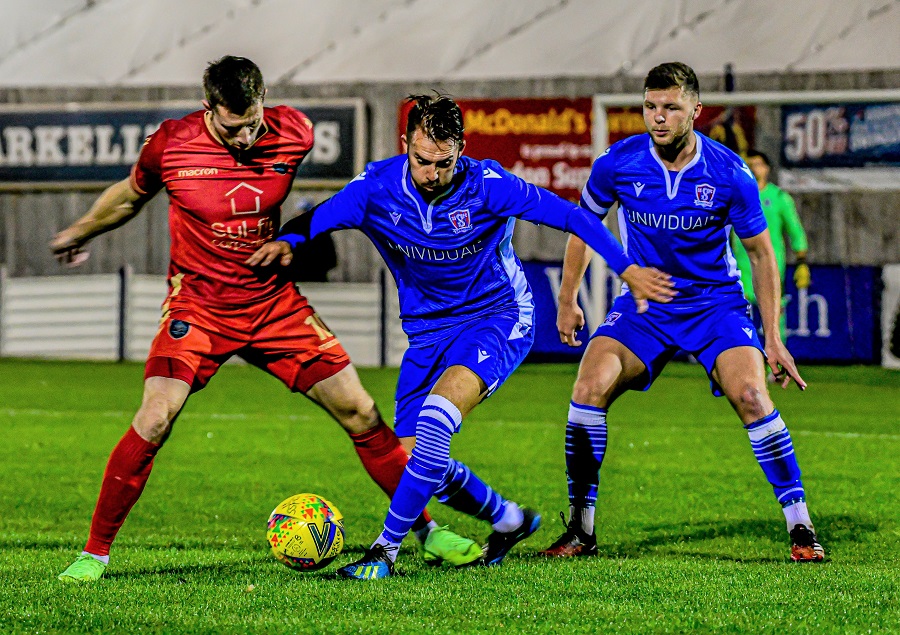 Despite all this Supermarine were indebted to keeper Martin Horsell who made a superb save deep into injury time from a well worked Ollie Knight free kick. Nevertheless, a deserved three points against an opponent who never gave up and sets us up nicely for the weekend match at Chesham United. The Marine star man was Zack Kotwica, lethal in front of goal and a total nuisance for the Met Police defence all night!