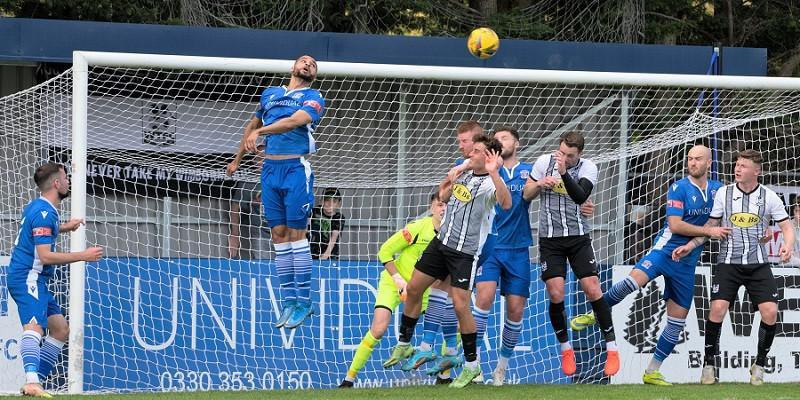 A HARD FOUGHT WIN AGAINST A SPIRITED WIMBORNE TEAM

Marine were back in action on Saturday afternoon in the blistering sun against already relegated Wimborne Town. Manager Lee Spalding four changes from the side that had beaten Kings Langley last weekend. Young 18-year-old keeper Louis Evans was given a debut and a chance to impress with Martin Horsell dropping to the bench. Tyrone Duffus returned to the backline having missed last weeks match at Kings Langley. Tom Sharpe had been ill in midweek and was only fit for the bench. Meanwhile Matt Britton replaced Pierce Mitchell at right back who missed out for personal reasons and Kieran Phillips came in up front with Zack Kotwica dropping to the bench also. 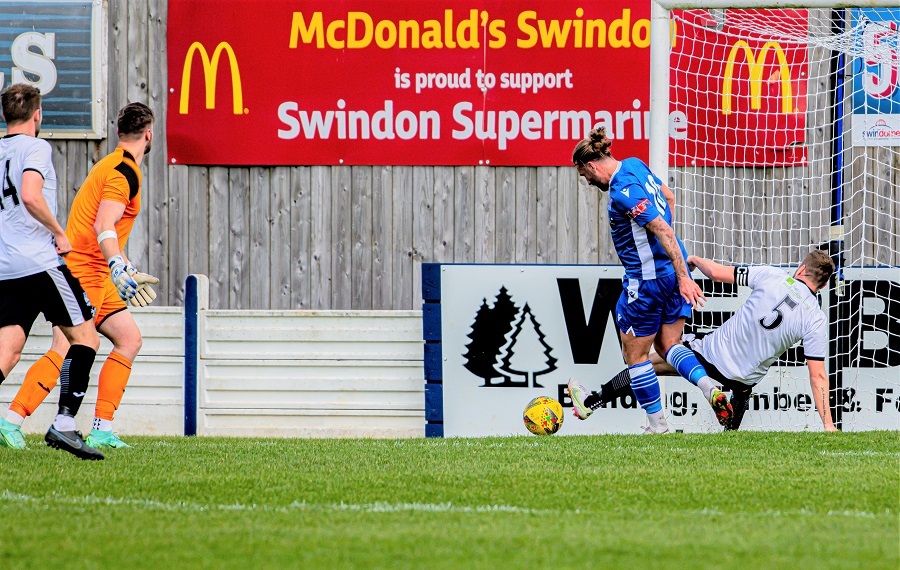 It was a strong start as expected from the home team and an early penalty shout was waved away when Kieran Phillips appeared to be clipped in the box. Visiting keeper Gerard Benfield began his busy afternoon by just beating Ryan Campbell to a through ball soon after and before he was saved by his defence on ten minutes when after a goal line scramble Conor McDonagh’s backheel was blocked by defender Scott Arnold with Benfield out of his goal. Skipper Mat Liddiard headed over when well placed from the resultant corner. Minutes later Henry Spalding had a shot saved after cutting in from the right before the deadlock was finally broken on twenty-five minutes. After a superb 20-yard run holding off two defenders CONOR McDONAGH smashed the ball into the back of the Wimborne net from the right of the penalty box for a clinical finish which made it three goals in two games for the inform striker. 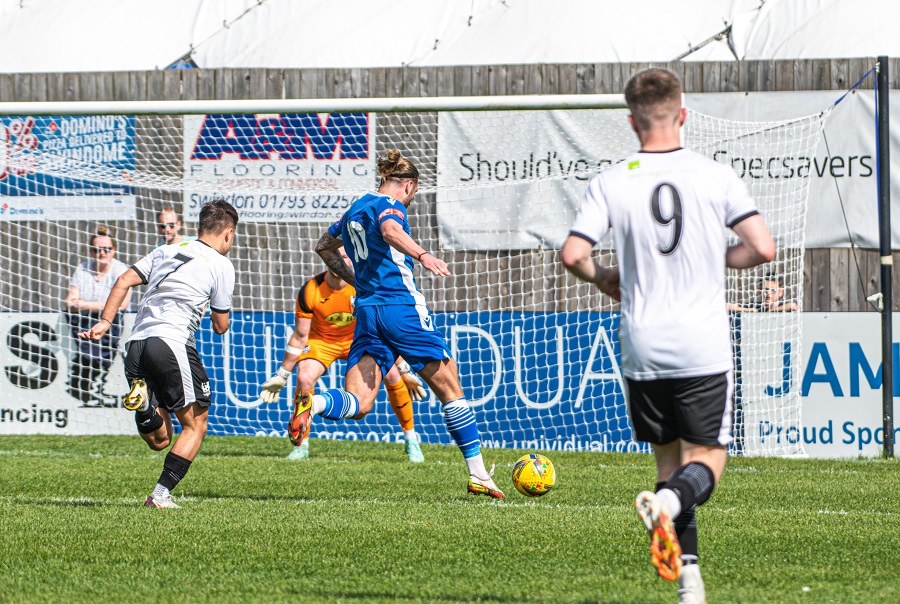 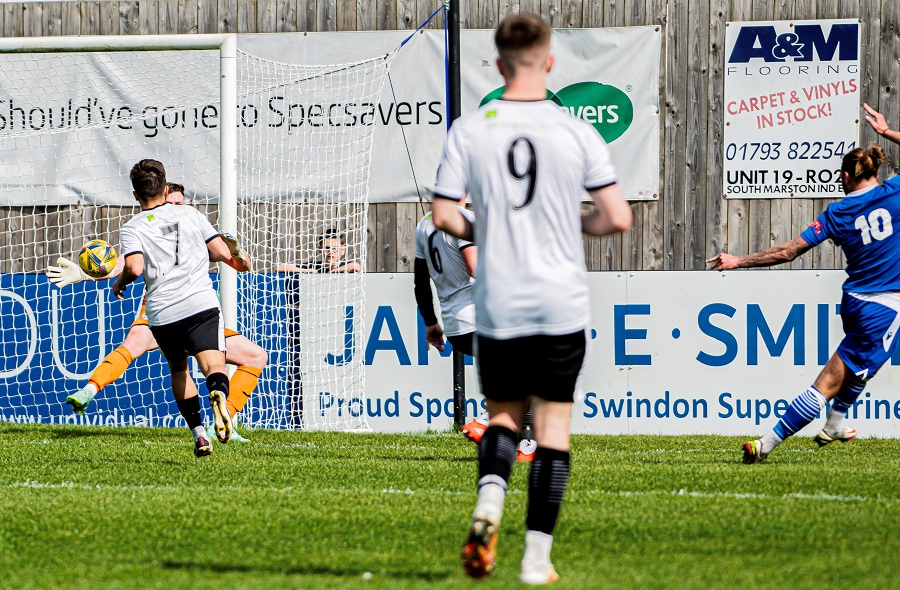 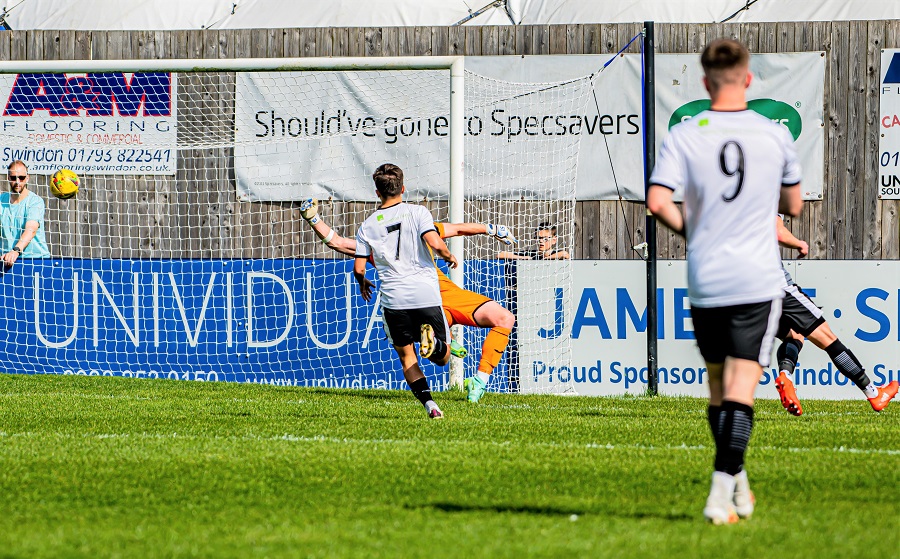 It should have been 2-0 minutes later when another strong run from Conor McDonagh saw him tee up Henry Spalding just a few yards in front of the Wimborne goal but he blasted way over the crossbar. Marine keeper Louis Evans was called into action late on for the first time in the match when a deflected shot from Dan Bartlett was well held and the half finished with another powerful shot from Conor McDonagh which unfortunately was straight at Wimborne keeper Gerard Benfield. A dominant half but Marine would have been unhappy at not leading by more. 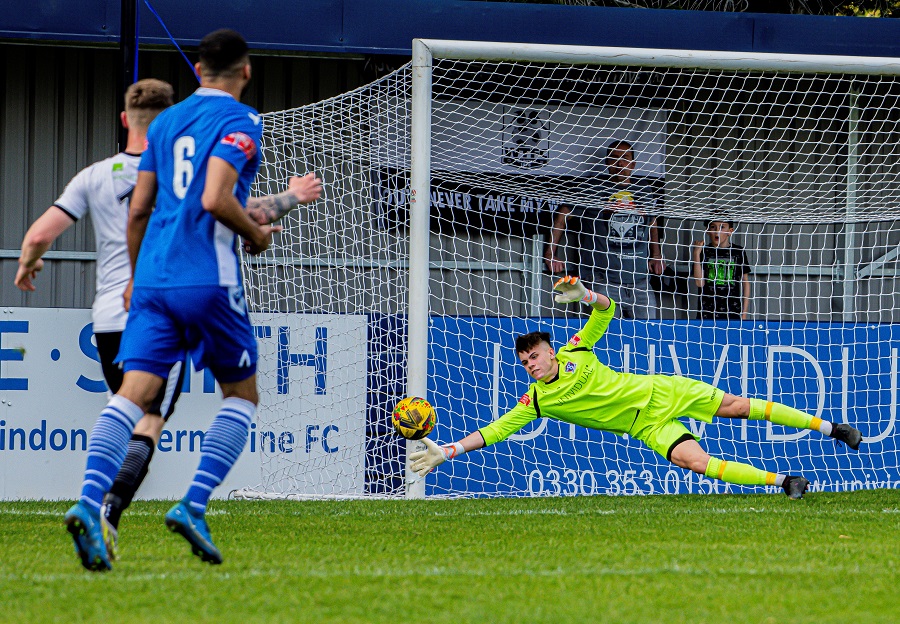 The Magpies started the second half very well. Firstly Regan Mason fired an effort over the bar and then Louis Kellaway had his shot deflected over the top of the crossbar. Shortly afterwards Marine finally got their game back on track with Conor McDonagh and then Kieran Phillips coming close to adding to the scoreline. 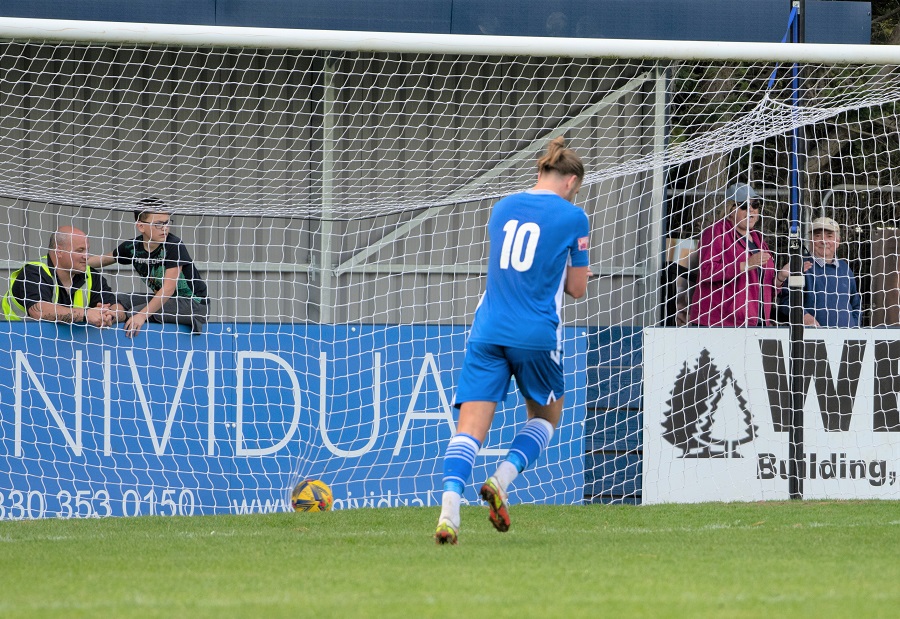 Ryan Campbell scores after sitting down the Wimborne keeper 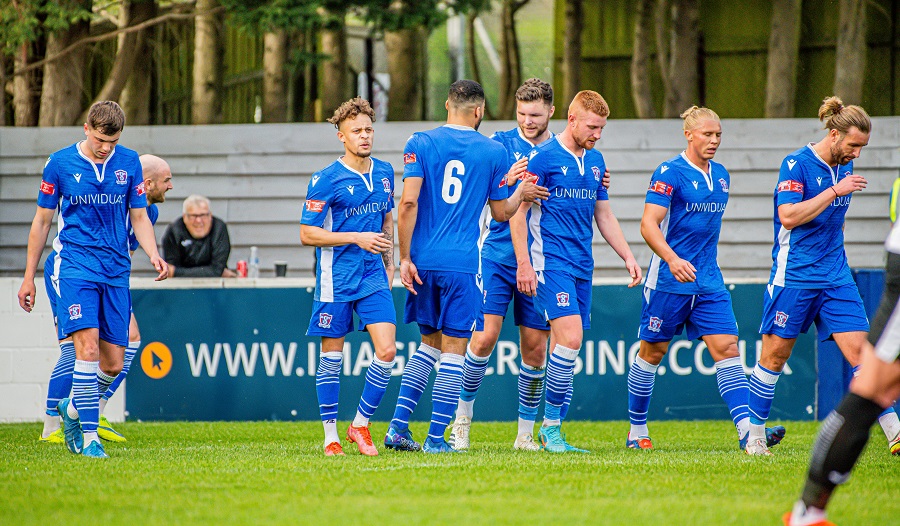 After sixty minutes and with the second goal still eluding the hosts George Dowling came on for Brad Hooper who limped off with an ankle knock. Marine left back Lewis Hall came close after a mazy run only to put his shot wide wide on seventy-two minutes before the killer second goal finally arrived on seventy-five minutes. A deflected tackle by Kieran Phillips left Ryan Campbell with a 50/50 with the last Wimborne defender. He won the tackle and then only had Wimborne keeper Benfield to beat. RYAN CAMPBELL through his body one way and then turned the other to sit the visiting keeper down before side-footing home our second and his tenth goal of the season range. 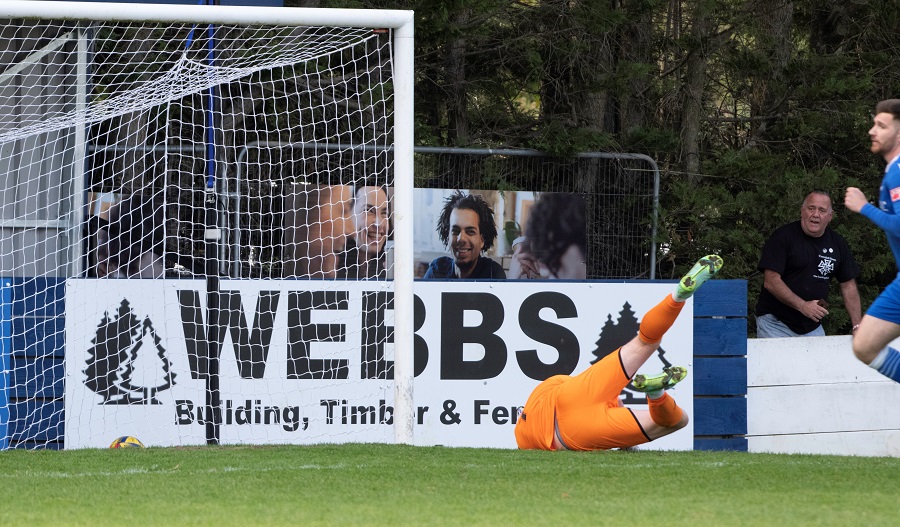 With the game now safe and a trip to Wales and Merthyr Town beckoning on Monday, Harry Williams and Zack Kotwica entered the fray with Kieran Phillips and Henry Spalding coming off. Minutes later Marine keeper Louis Evans produced a top save from Wimborne substitute Joe Freak to flick the ball onto the bar and keep his clean sheet intact with seven minutes left before a third goal of the game arrived for Marine. 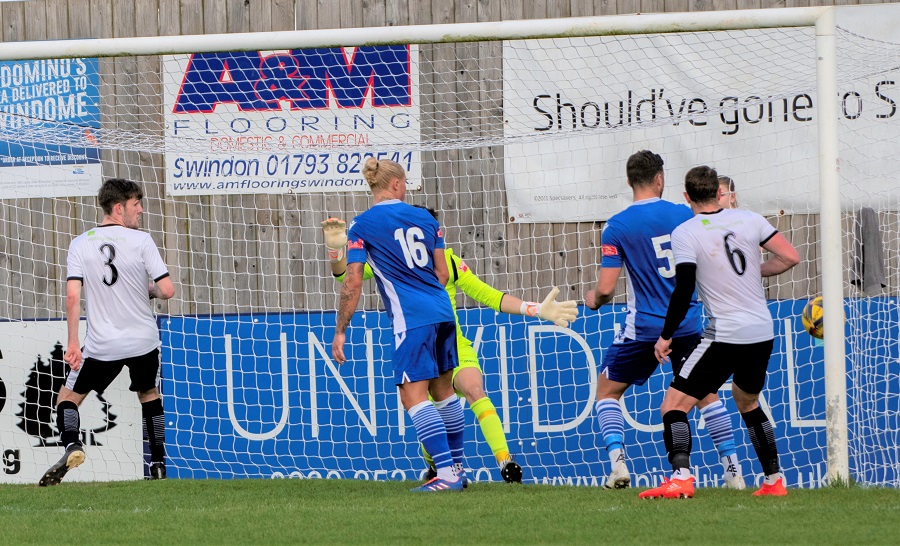 A super team move involving all the front line saw Conor McDonagh eventually slide the ball across the six-yard line giving substitute ZACK KOTWICA a goal on a plate which he took with aplomb. There was some consolation for the visitors when DAN BARLETT scored a goal direct from a late corner in injury time to deny a clean sheet for Marine debutant Louis Evans in goal.

Fans player of the match: Conor McDonagh, for the second game running, a solid display from a player who looks to be getting back to his best.