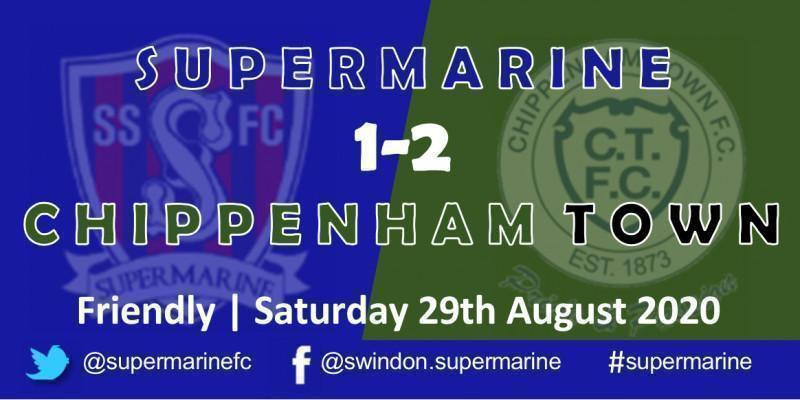 Marine took on local National League South side CHIPPENHAM TOWN in their latest warm up game on Saturday – a tough test at any time and it was also a welcome return to spectators with sides now allowed up to 300 fans inside the ground and the Webbswood Stadium was bristling with activity once again.

Marine lined up with Pierce Mitchell taking the right back spot, Michael Hopkins slotting into midfield alongside Jamie Edge and Brad Hooper, with Rhys Wells in a front three alongside Zack Kotwica and Campbell. Top scorer Conor McDonagh was away for a few days and both Joe Shepherd and Henry Spalding remain injured – although the latter did a gentle warm-up on the pitch with the team, which looked very promising. 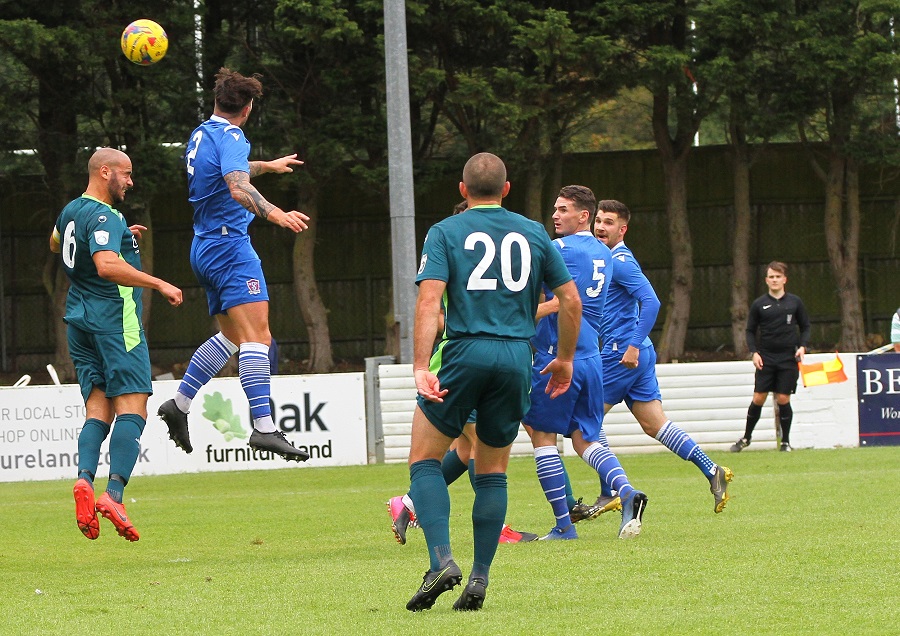 Supermarine had the first effort of the game with Hopkins early volley just wide. Chippenham striker Marlon Jackson soon had the ball in the net for the Bluebirds but the goal was disallowed for a handball offence.

The lively Kotwica was next to show getting on the end of a decent cross but with no power in the header. Overall it was an even start as both sides sized each other up. Wells had a cross deflected for a corner on 15 minutes. But the early part of the game fizzled out as defences were very much on top. 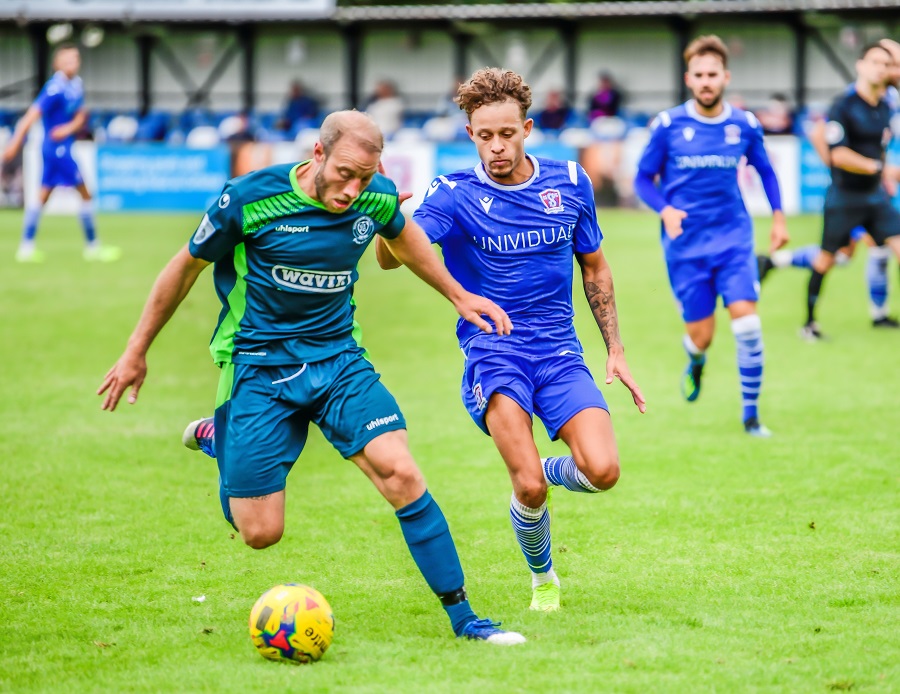 A good through ball almost got Campbell in but he couldn’t quite reach it. And on 25 minutes Kotwica skied an effort over but promisingly Marine were in control of possession at this stage.

On the half hour Chippenham’s Joe Hanks free kick for the visitors was blocked and cleared well by Mat Liddiard. Chippenham however started to dominate the game and put the Marine goal under severe pressure towards the end of the half. Nevertheless a couple of decent chances on the break saw Jake Lee head just over from Hopkins free kick, quickly followed by another Hopkins free kick which flew over. 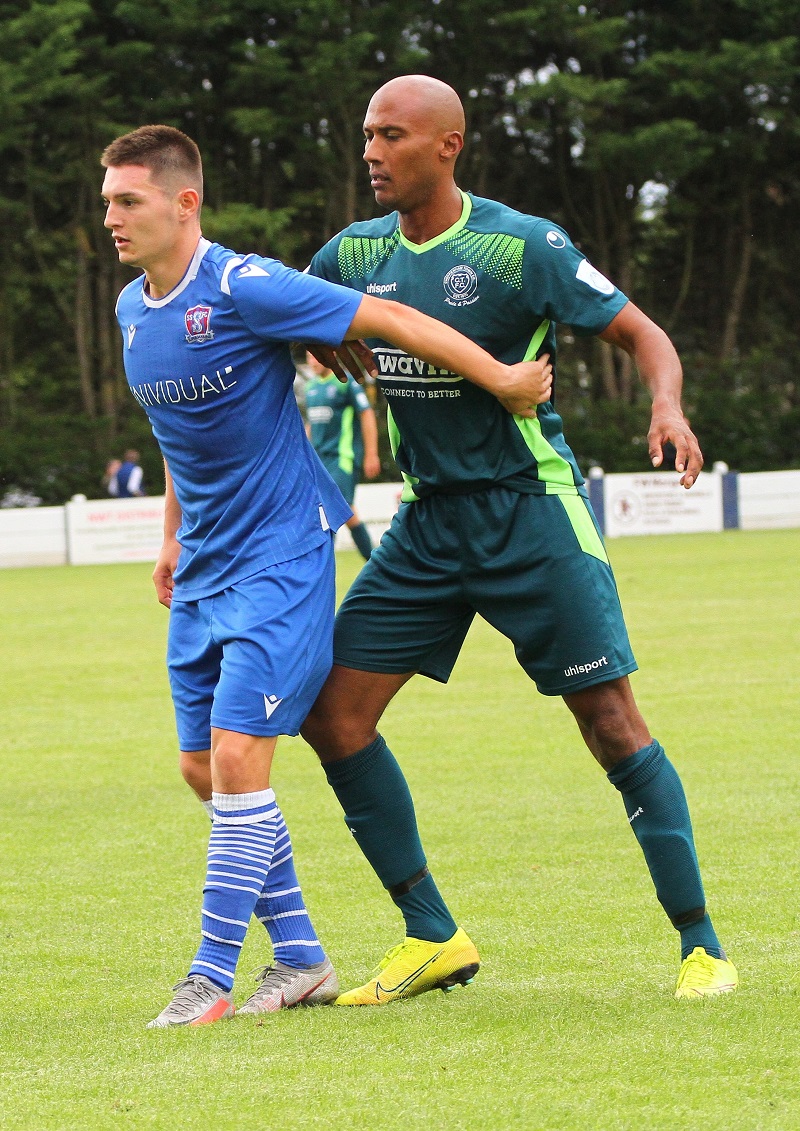 Just when it seemed Marine had weathered the storm the visitors struck just before half time. A good move seeing Chippenham’s ALEX BRAY slide in with a decent finish after good work from the trialist, number 20 got the better of Louis Spalding down the right wing. A disappointing end to the half after all the good defensive work that came before it.

The second half saw no changes for Marine but Chippenham started it well breaking through the back line again early on but scooping a good chance over the top from one of their trialists. On 55 minutes Harry Williams entered the fray replacing Rhys Wells. Kotwica couldn’t get enough on a decent move to test the visiting keeper soon after. On the hour Martin Horsell in the Marine goal, did well to deny Brad Ash giving away a corner which saw a good shot from one of the trialists which only just went over the bar. Chippenham substitute David Pratt broke away down the right but Martin Horsell was alert once more to deny the chance.

Lee Marshall replaced Brad Hooper on 65 as the visitors were dominating possession and pressure in a bid to change things around by manager Lee Spalding. Cameron Allen came on soon after for Ryan Campbell. The alterations seemed to work as Marine started to put on some pressure of their own earning a free kick on 76 minutes which was deflected over from Kotwica. 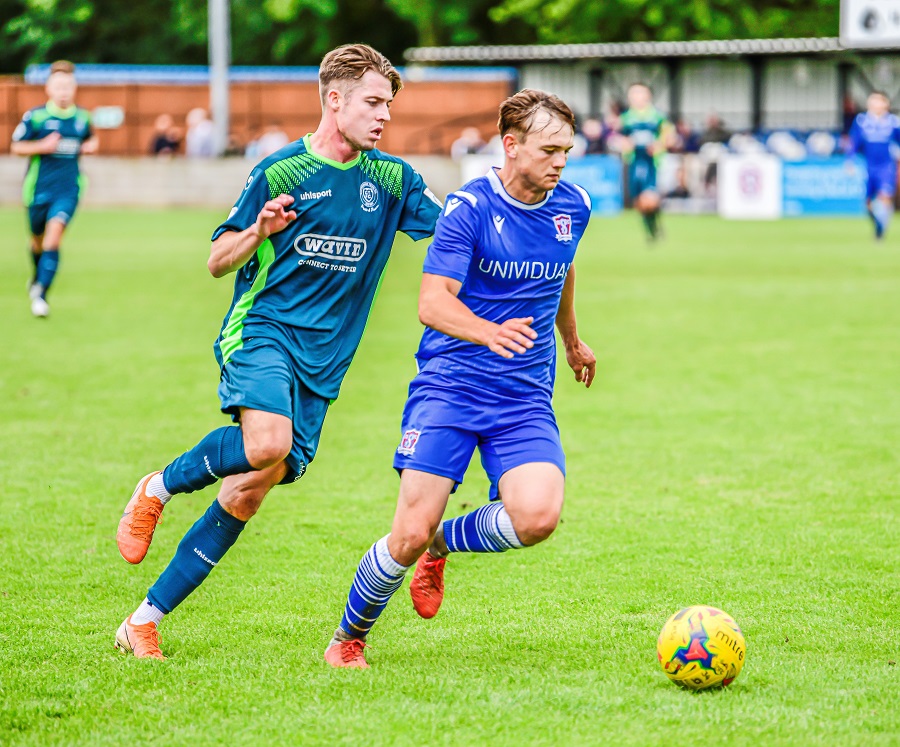 A further change saw Jack Stanley replace Hopkins in midfield and with 10 minutes to go Kotwica was put clear through by Marshall but was denied by the Chippenham keeper Jarrad Thompson who smothered his shot, a good opportunity was missed.

The final change came with seven minutes to go as youngster Tommy Ouldridge replaced Jamie Edge and within a minute Marine equalised. Williams and Allen then combined to play a great ball into LEE MARSHALL who controlled the ball and placed a well hit right footed shot into the corner of the net for the move of the game. 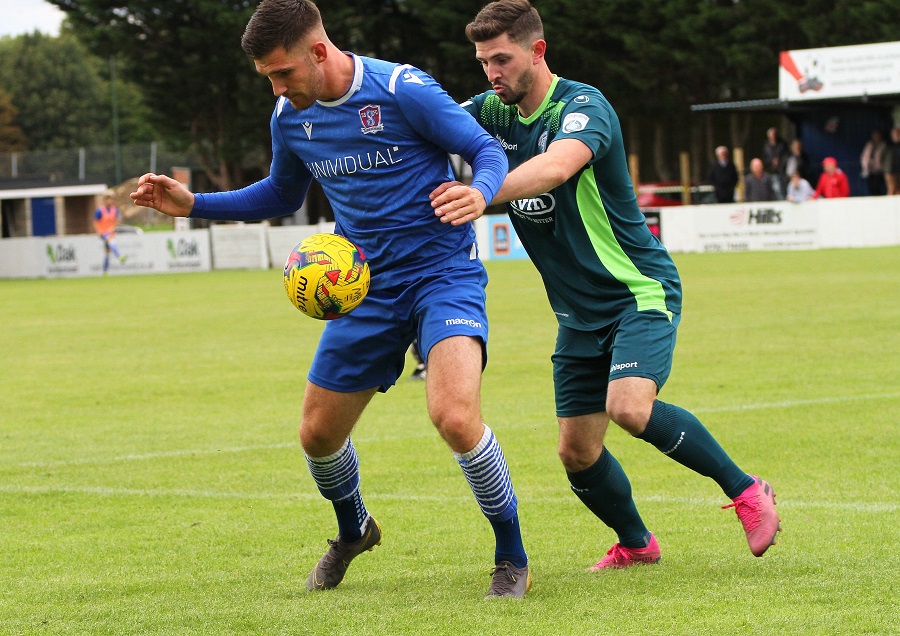 But no longer had the newly arrived fans stopped celebrating when the ball was nestling in the back of the Supermarine net. Straight from the kick off Chippenham’s DAVID PRATT ran onto a long ball from the right back and just got to the ball before the home keeper Horsell, and executed a perfect chip. A real blow after working so hard for the leveller – hit by a sucker punch!

There was still one last chance for Marine to level with Williams putting in Marshall again but on this occasion he could not repeat his earlier feat and blasted over the bar with the corner of the gaol at his mercy. 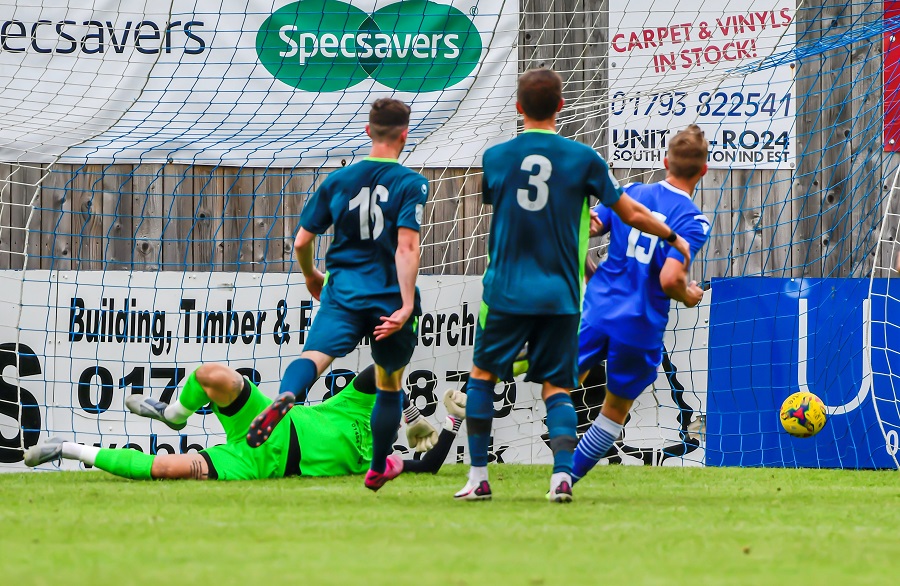 In the end Marine will be disappointed not to have taken the draw they deserved against a very strong opponent which is testament to how well they had played. A great runout both fitness wise and situationally going forward with the new season just three weeks away. The Marine man of the match was Zack Kotwica who never stopped running for the whole game.