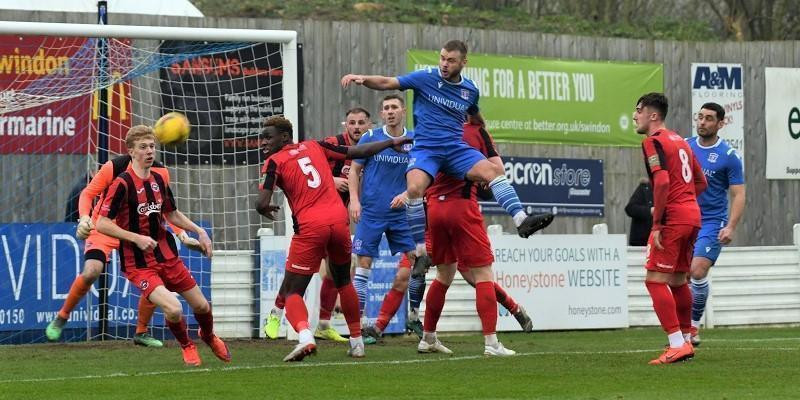 From the Swindon Advertiser

A remarkable unbeaten run that stretched back to October 29th came to an end for Swindon Supermarine on Saturday as Southern League Premier Division promotion hopefuls Truro City grabbed a 1-3 win at the Webbswood Stadium. 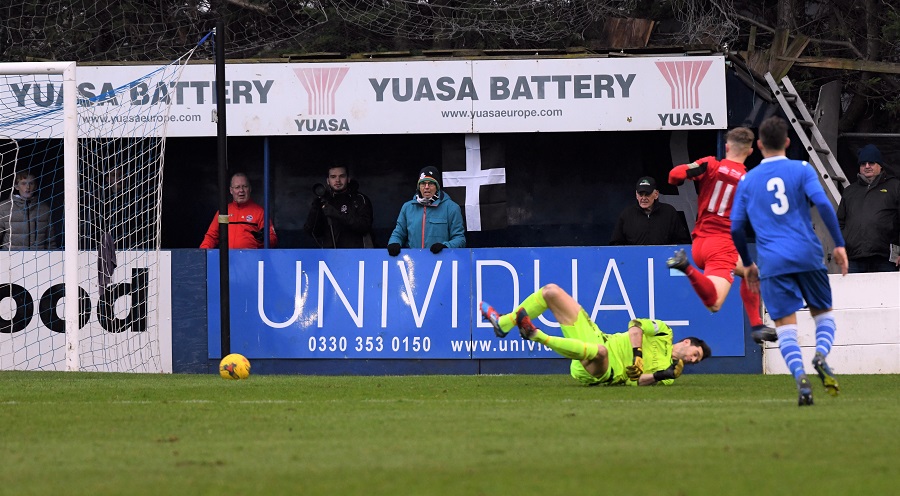 But a cheap penalty which City converted in the game’s final five minutes ultimately ended hopes of Marine staging a late fightback as they suffered a first league loss in more than 12 weeks.

Ryan Campbell gave Marine chief Lee Spalding some hope when he halved the hosts’ two-goal deficit with only a quarter-of-an-hour remaining. 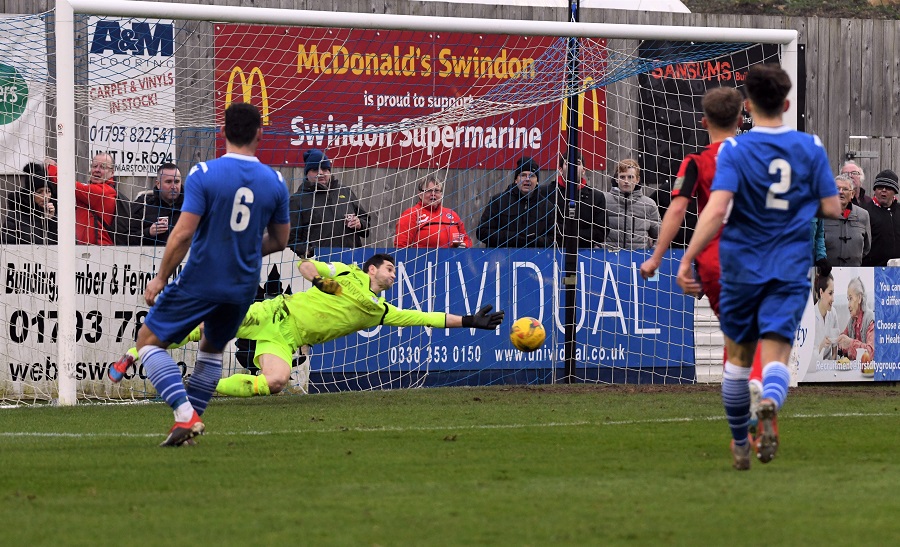 Given City’s previous National League status, Spalding took encouragement from his players’ performances as the afternoon marked how far the club has come in recent seasons. He added: “Truro are a decent side, there is a reason why they are at the top of the table. 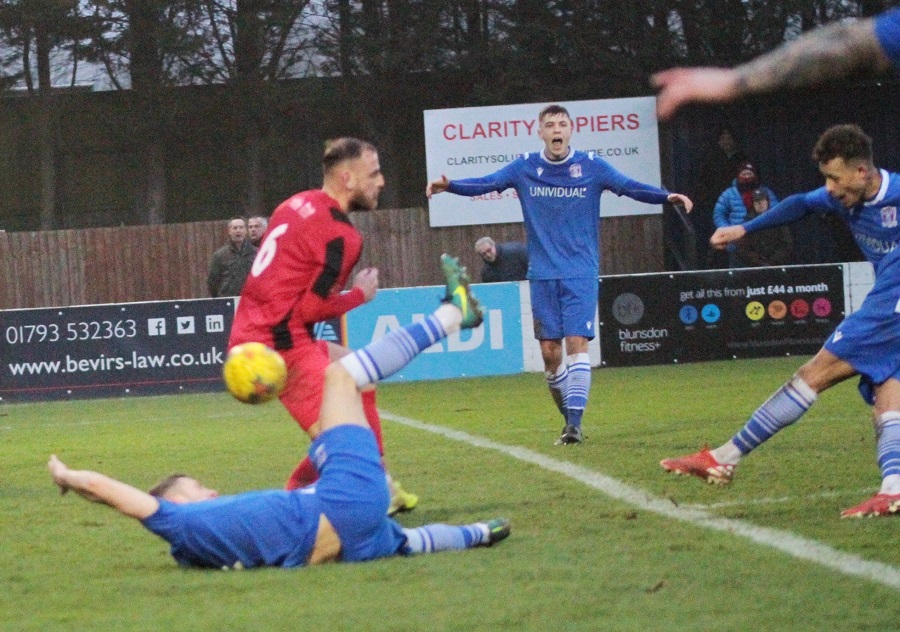 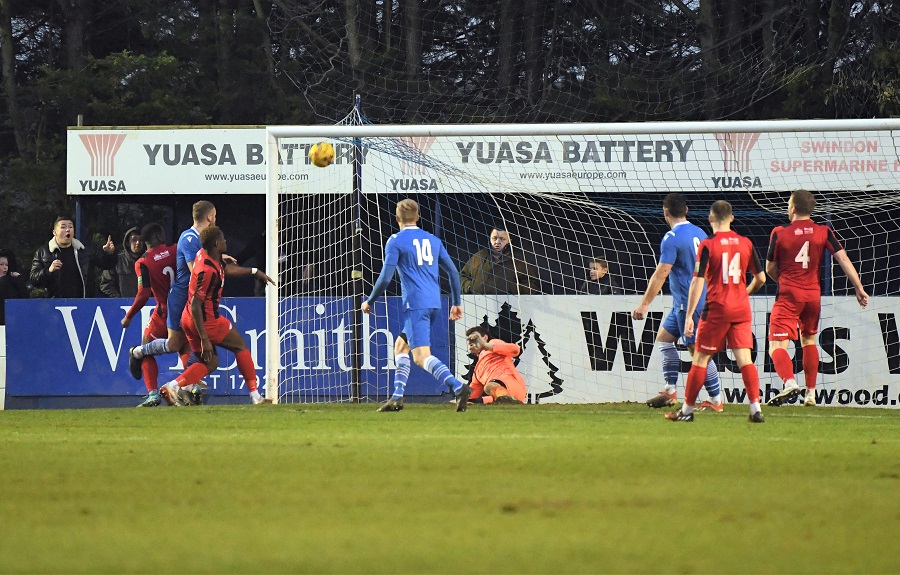 “We had a great opportunity to score in the first half when Conor McDonagh went through and hit the post – if that went in, it could’ve been a different game. “But we conceded poor goals defensively, we didn’t clear our lines. I felt if we continued as we had started, we could’ve got ourselves back into the game.

“But all three goals we conceded were sloppy, it wasn’t a case of them breaking us down. We gifted them their goals. “We didn’t make them work hard enough for their goals, we pretty much gave Truro three goals from mistakes.” 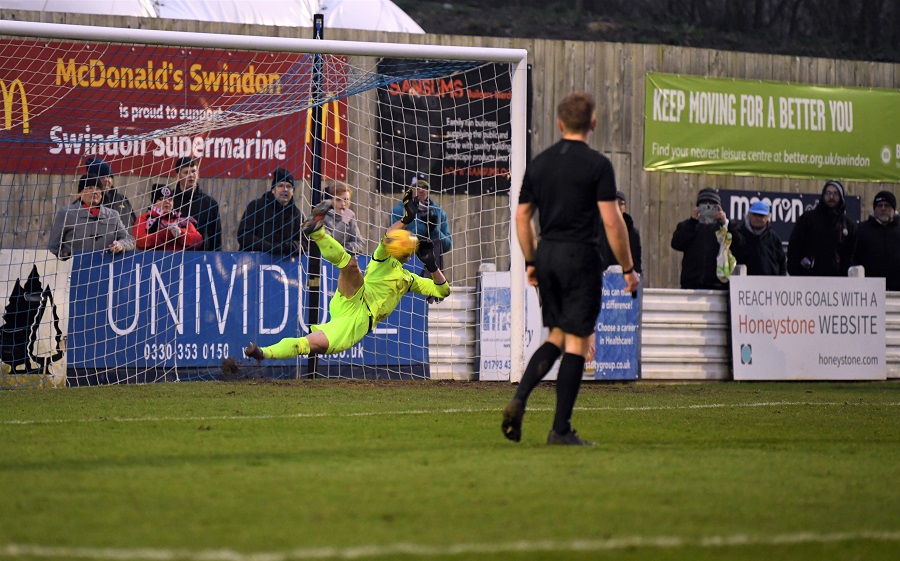 Marine’s outstanding unbeaten run prior to Saturday’s loss has lifted the club to fourth in the Southern League Premier Division table – and promotion into National League South certainly isn’t out of the question with the club sitting reasonably comfortably inside the division’s play-off frame.

But there are still 17 fixtures to complete – so any thoughts of a promotion push at this moment in time are out of the question. Spalding added: “The lads have been on a fantastic run, and there are still a lot of positives to take from Saturday’s performance. “Poole away is now a massive game next week, that’s a perfect opportunity for us to get back to winning ways.”