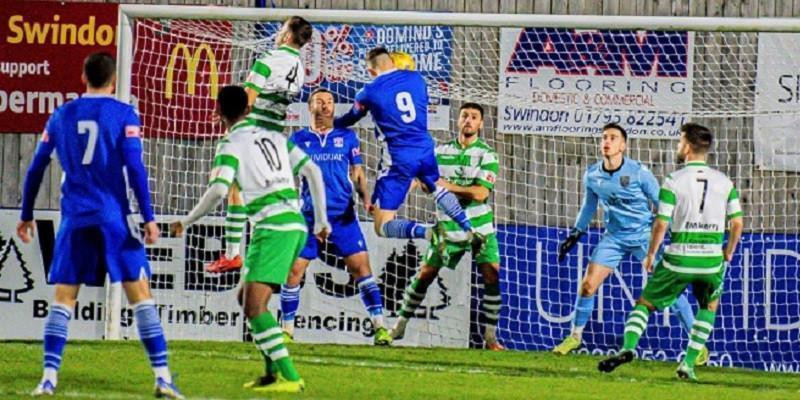 Marine took on bottom of the pile Merthyr Town at the Webbswood on Tuesday night fresh from their excellent win over Chesham United at the weekend. Marine manager Lee Spalding chose unsurprisingly to keep the team unchanged with new signing Matt Britton coming into the squad on the substitutes bench. Jamie Edge missed out serving the final game of his two match suspension, Kinsly Murray was missing due to work commitments and it looks as though the niggling injury to Frankie Artus may keep him out until the end of the season? 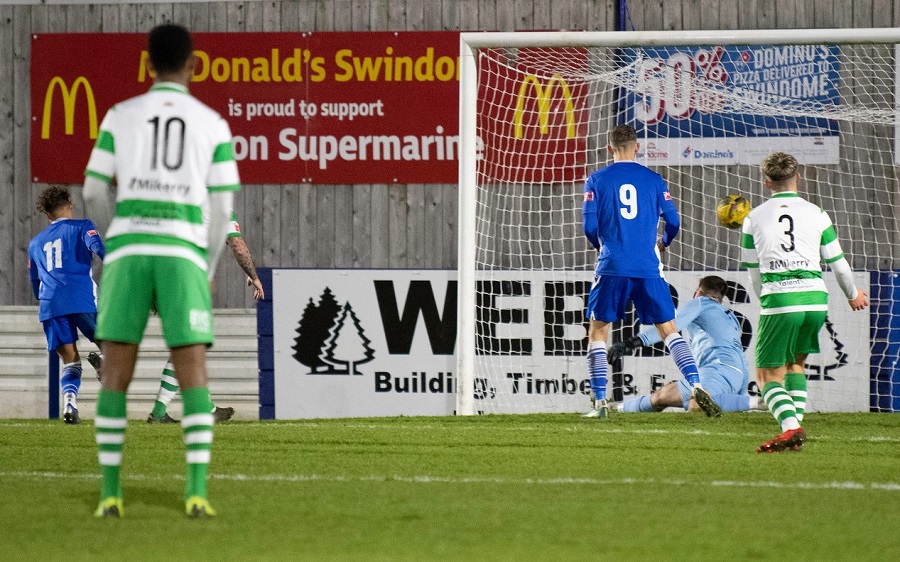 Marine started strongly with Ryan Campbell causing havoc down the wing. His early cross into Conor McDonagh saw the striker’s shot deflect just wide of the upright. But it didn’t take long for the pressure to tell. McDonagh got around the back and his ball in caused panic in the Merthyr backline as the defence got in a bit of a muddle. Adam Davies in his attempt to clear the danger kicked the ball into another teammate and the deflection landed kindly for RYAN CAMPBELL just a yard or two in front of goal to tuck it away on 9 minutes for his seventh goal of the season. And it was so nearly two on twelve minutes when Henry Spalding when hit a shot from the edge of the box which thumped against the crossbar and came down but the officials ruled it had not crossed the line, however on closer inspection on video replay it was very very close! 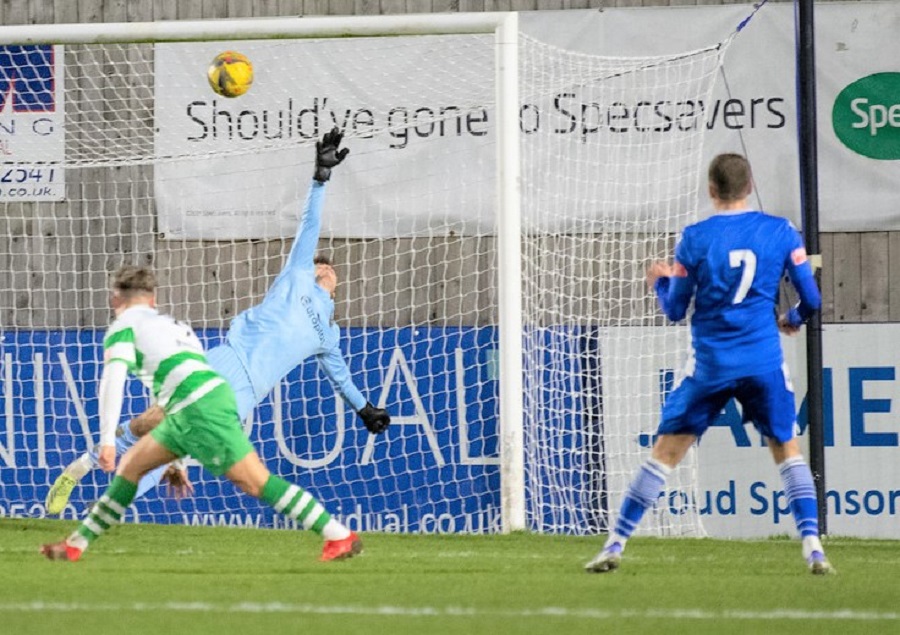 The game then drifted into a quiet spell until the half hour when Henry Spalding got clean through again only to be denied by the Merthyr keeper Jaime Cogman and an offside flag. Harry Williams had a run at the Merthyr goal on thirty-five minutes only to be bundled over but the shouts for a penalty were denied by the referee. Marine keeper Martin Horsell was finally tested soon after for the first time in the match by a Elijah Phipps cross shot but it didn’t trouble the home stopper. Conor McDonagh had a turn and shot easily fielded by Jaimie Cogman in the Merthyr goal before the last action of the half saw a strong challenge from Marine’s Lewis Hall yellow carded. 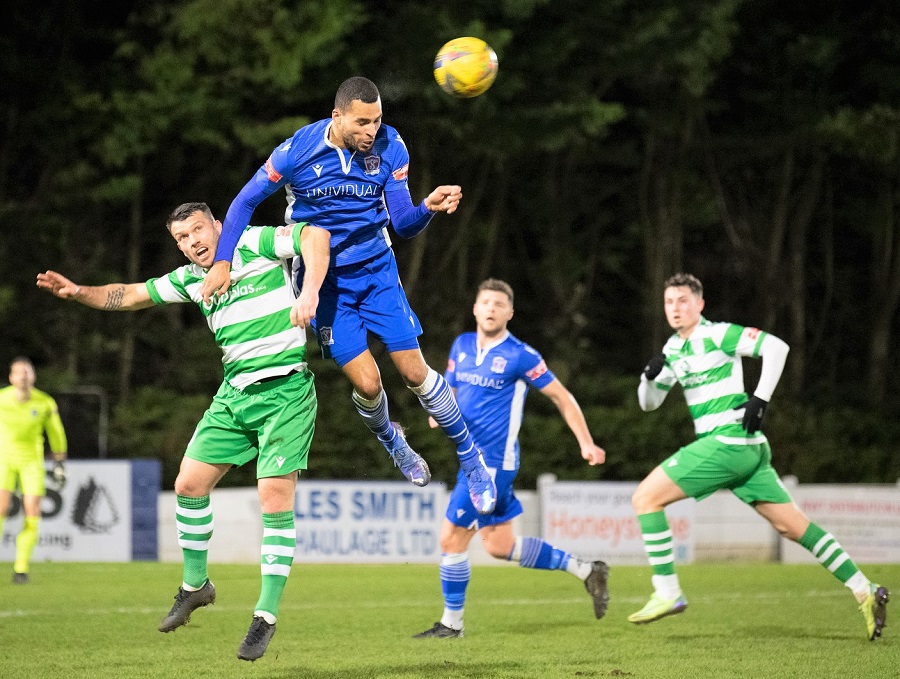 The second half continued in the same vein as the first with the visitors holding their own without really having the attacking quality in the final third of the field to cause the Marine defence any issues. George Dowling replaced Tom Sharpe just after 55 minutes when the midfielder had to leave the field with a dislocated fingers – OUCH! Shortly afterwards Conor McDonagh broke away down the right to set up a glorious chance for Harry Williams in the middle of the goal on the hour but somehow he headed wide on what was a frustrating night for the Marine top scorer. 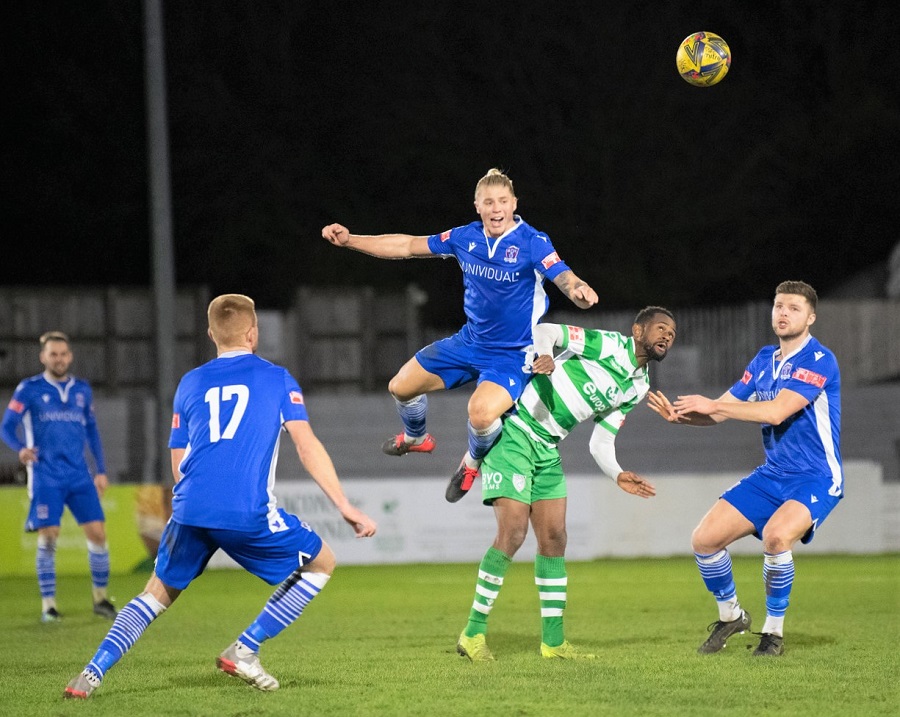 Henry Spalding had another drive pushed away by the impressive Jaimie Cogman who followed that up on seventy minutes by pushing over Ryan Campbell’s fierce effort as Marine pushed for the killer goal. It was Merthyr’s Elijah Phipps who tested Martin Horsell once again and once more the Marine keeper got down well to deny a strong break from the visitors. Lee Spalding then made a couple of alterations to try and seize the initiative, firstly new signing Matt Britton came on for his debut replacing Tom Mehew and then four minutes later Kieran Phillips replace the out of luck Harry Williams. 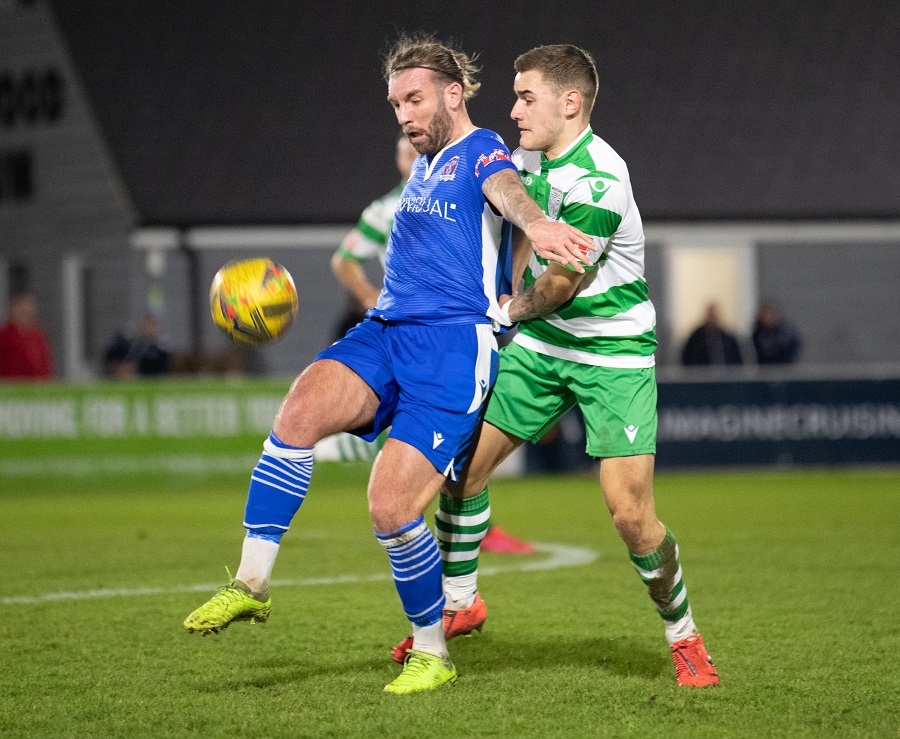 With the brave effort from the visitors there was always the worry that they might sneak a late leveller against the odds and it nearly arrived in a minute into injury time. Martin Horsell got down well to grab the ball on the goal line as the visitors threw everything at it but Merthyr striker Lewis Powell was late with his challenge which saw Horsell take a nasty blow to the face. It left the official with little choice but to issue a red card and after four minutes of treatment Horsell was back on his feet to continue and finish the last few minutes. Marine took full advantage and with the last attack of the game a ball over the top found CONOR MCDONAGH through on goal and his class showed when he lobbed the keeper Cogman from a tight angle on the right to seal the three points in style.

The win made it six wins from the last seven games at home as Marine improved their home record a little further. Next up is a trip to highflying Taunton Town on Saturday in the league before the massive League Cup semi-final next Tuesday at home to the same team.