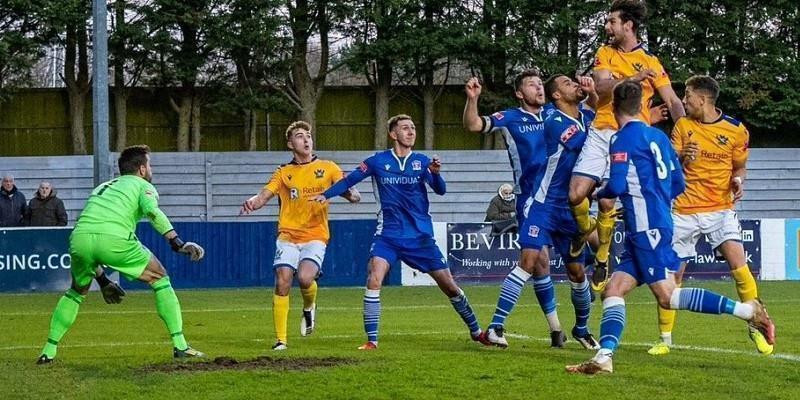 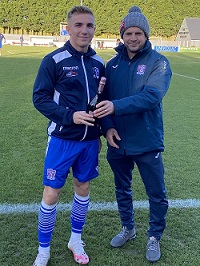 Before Saturday’s match with Salisbury striker Kieran Phillips was presented with the player of the month award for November when he scored seven goals in seven games. Kieran is pictured receiving his reward from manager Lee Spalding

Swindon Supermarine took on their latest challenge at home to local rivals Salisbury with conditions chilly but pleasant for football. Marine were unchanged from the winning team of last weekend but saw the return of Pierce Mitchell and 18-year-old midfielder Rowan Doyle promoted from the Development team for a place on the substitutes bench. Still missing from the squad was defender Dan Ball who was on paternity leave and both Frankie Artus and George Dowling through injury. 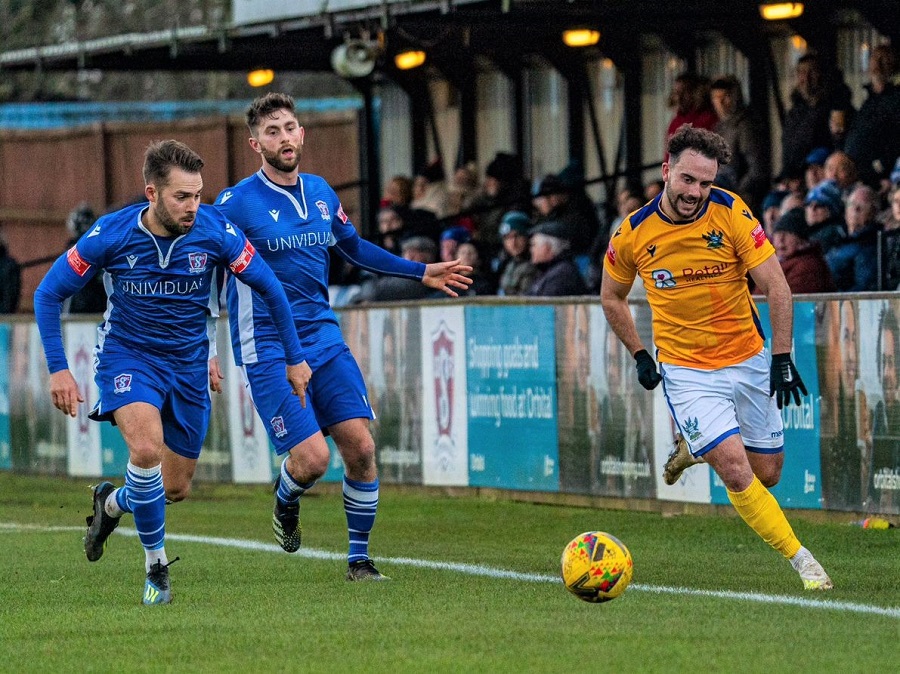 It was a quiet low key start to the match with the ball being like a hot potato as possession was given up from both sides and no chances being created. The first effort at goal came from Salisbury after a Antonio Diaz free kick sailed high and well wide. Finally Marine got their game together and on seventeen minutes when the ball was put inside the Salisbury defence by Henry Spalding into the path of Kieran Phillips but his effort was blocked by the Salisbury keeper Marcus Beauchamp with Ryan Campbell’s follow up off target. 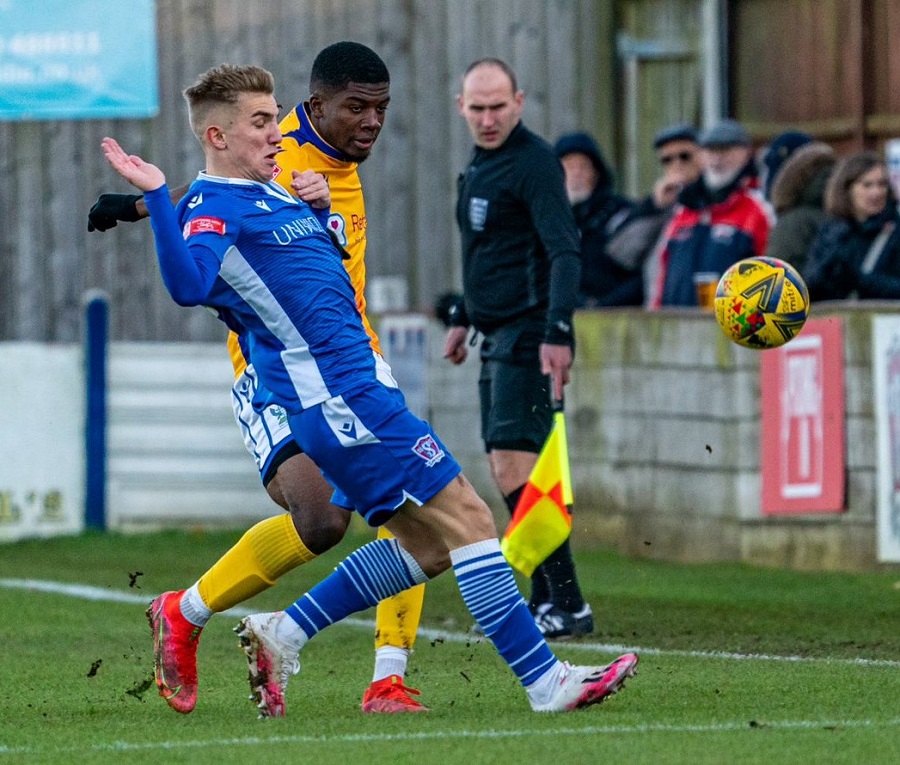 Salisbury were dominating possession and put a dangerous ball across the Marine box but no one was there to put it away, although Calvin Brooks looked offside when he received the ball before crossing. With 27 minutes on the clock two of the longest serving players at the club combined when Brad Hooper got to the goal line and pulled the ball across the box and with the unmarked RYAN CAMPBELL coming in from the left wing he was free to slam the ball home at the back post to open the scoring for Marine. 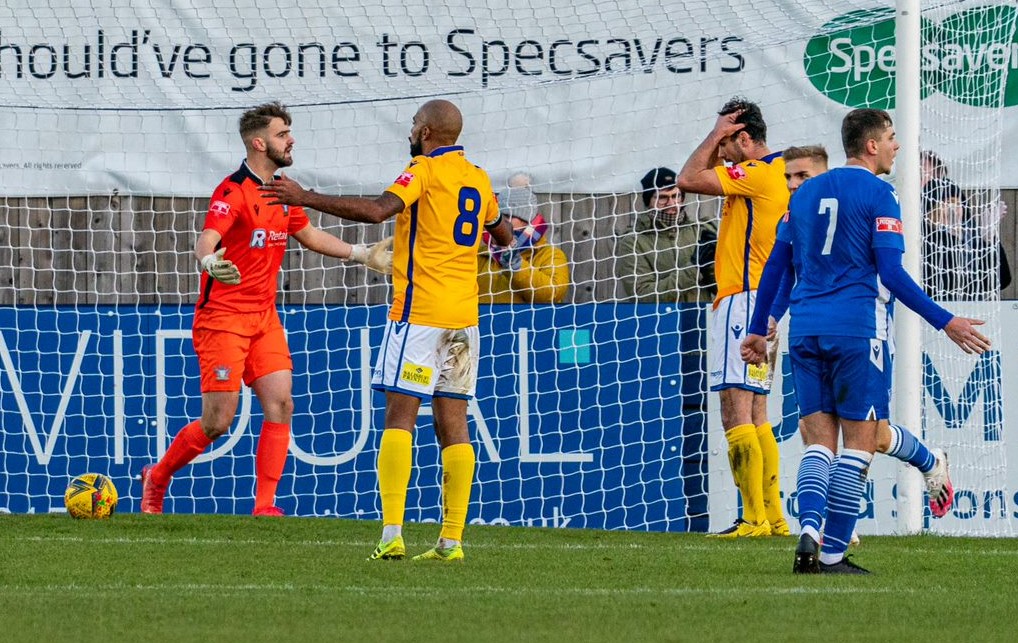 Marine were now the dominant side as our visitors were wobbling, and on the half hour and intelligent run from Kieran Phillips ended with a chance to double the lead with a one on one with Salisbury keeper Beauchamp. But the keeper won this battle as he stood up well and denied the young loanee from adding to his impressive goal tally for the season. It turned out to be a pivotal point of the game as the next big chance just before the break saw the visitors draw level with there first shot on target. A good spell of possession saw the ball come out to midfield player CHARLIE DAVIS who from 25-yards out was given a little too much space and he hit a stunning shot passed the outstretched arm of Marine keeper Martin Horsell into the top corner net. 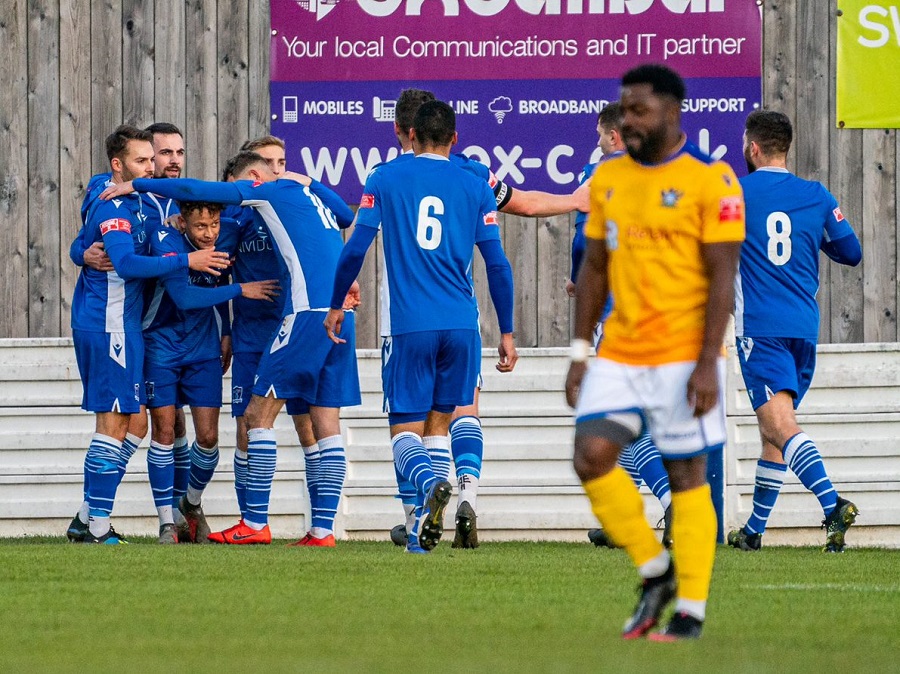 The second half couldn’t have started better for Marine when a classy move saw Henry Spalding play the ball into the path of Kieran Phillips on the right flank and with just Beauchamp to beat he unselfishly put it on a plate for the on rushing HARRY WILLIAMS to side foot home into an unguarded goal to put Marine back into the lead. 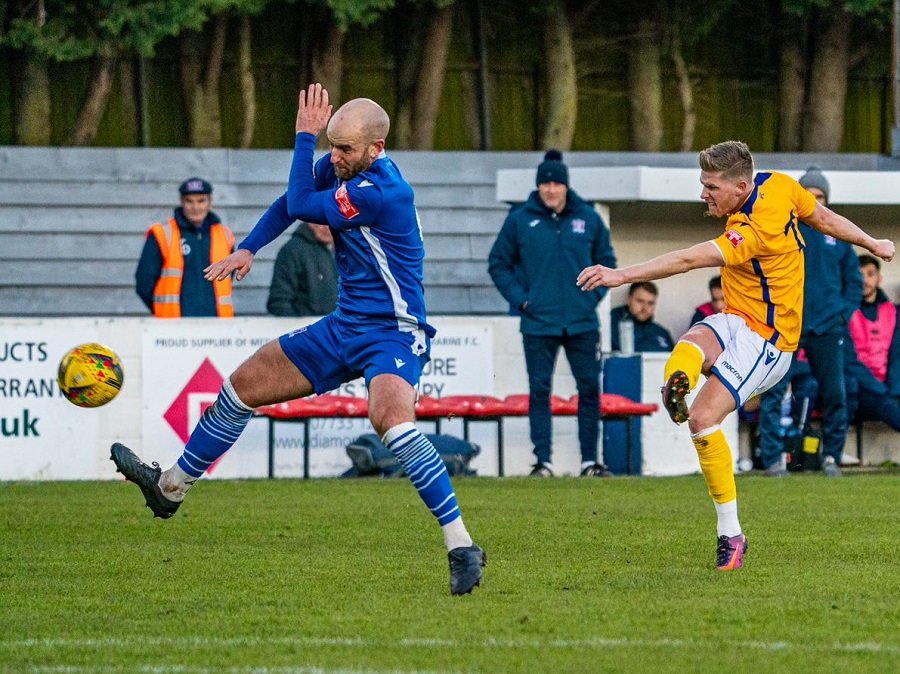 Ten minutes later Lewis Hall put in a lovely cross which firstly Harry Williams just missed and with Henry Spalding rushing in behind him his effort just rolled the wrong side of the post. Salisbury were now starting to get frustrated as Marine looked very solid defensively and substitute Harry Baker who had only come on seven minutes early Emmanuel Odubade was booked for a late challenge on the excellent Tyrone Duffus . 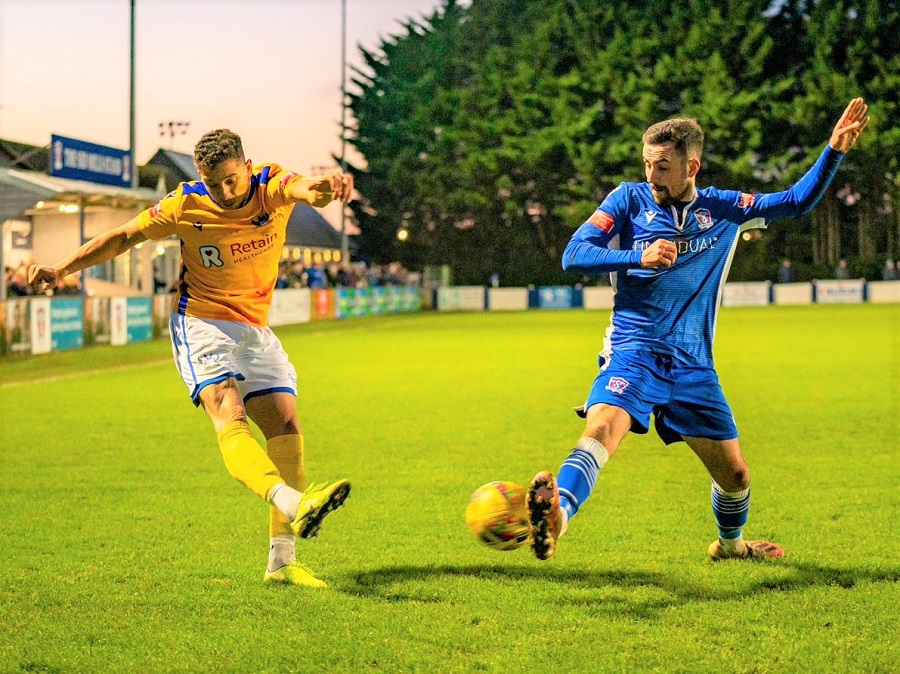 Two Marine substitutions were made in the space of five minutes with firstly Zack Kotwica replacing Henry Spalding on 70 minutes and then Conor McDonagh replacing Harry Williams with 15 minutes left on the clock. With time running out Josh Wakefield’s header from a free kick went wide as the post on 77 minutes but marshalled by captain Mat Liddiard the back four was solid and keeper Martin Horsell hadn’t a shot to save in the whole 90 minutes other than the one that flew past him for the Salisbury goal. 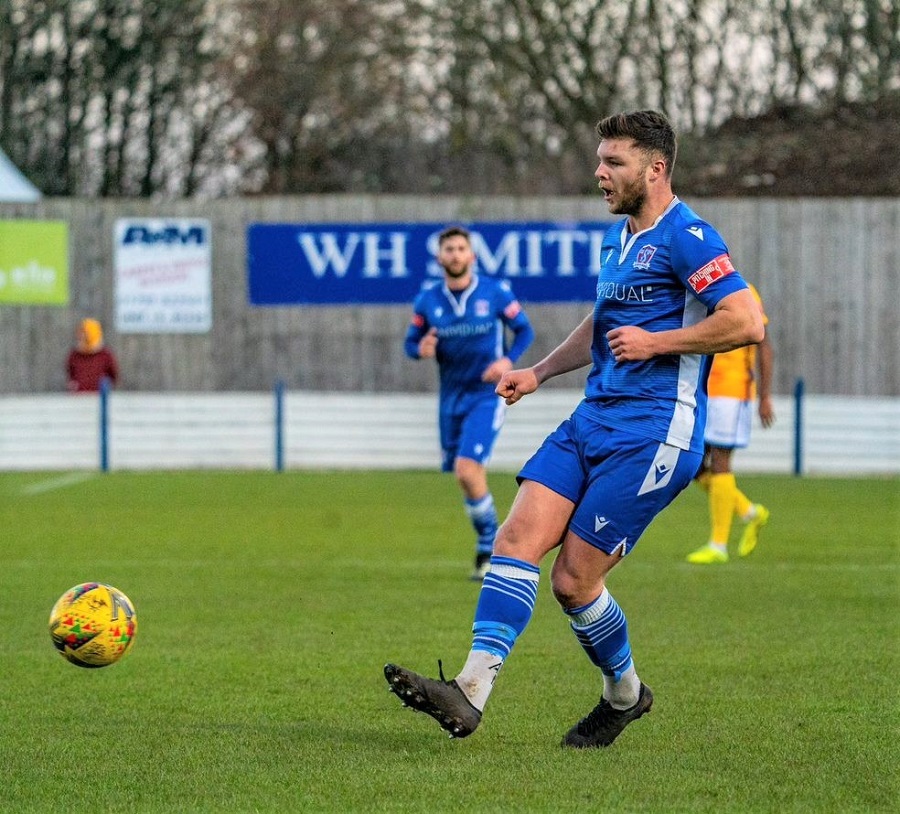 Conor McDonagh had a late effort blocked by the excellent keeper Martin Beauchamp but the game ended when Salisbury defender Sam Roberts lunged in with two feet on Brad Hooper to earn himself a silly red card, particularly as the game overall had been played in good spirit, mainly down to a superb refereeing display by the officials. The game, whilst not being a classic, was a brilliant display by the home team who worked hard to deny their opponents any space on the day whilst taking their chances when they came. Two wins on the trot and perhaps a corner has been turned by the team. Next up a League Cup tie at home to Wantage Town on Tuesday night.

Match highlights and post match with the management team
Access to the highlights from all of Marine’s matches can be viewed on a monthly subscription of just £2:50. Click the ’match highlights’ above to subscribe.