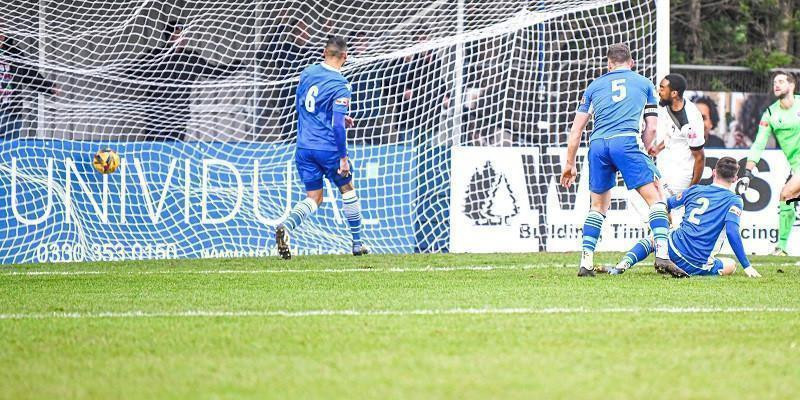 Marine took on the Seagulls of Weston-super-Mare for their last game ahead of the Christmas break at the Webbswood Stadium. Manager Lee Spalding went back to the side that won the last league game against Salisbury with Jamie Edge, Harry Williams, Michael Hopkins and skipper Mat Liddiard returning to the starting eleven having all been rested for the cup tie with Wantage Town.

Dan Ball and Zack Kotwica along with Pierce Mitchell who returned after injury and illness to the bench. Younger defender Zak Ford has returned to Bristol Rovers, Rowan Doyle returned to the Development side and missing from the squad were Frankie Artus and George Dowling who are both injured. 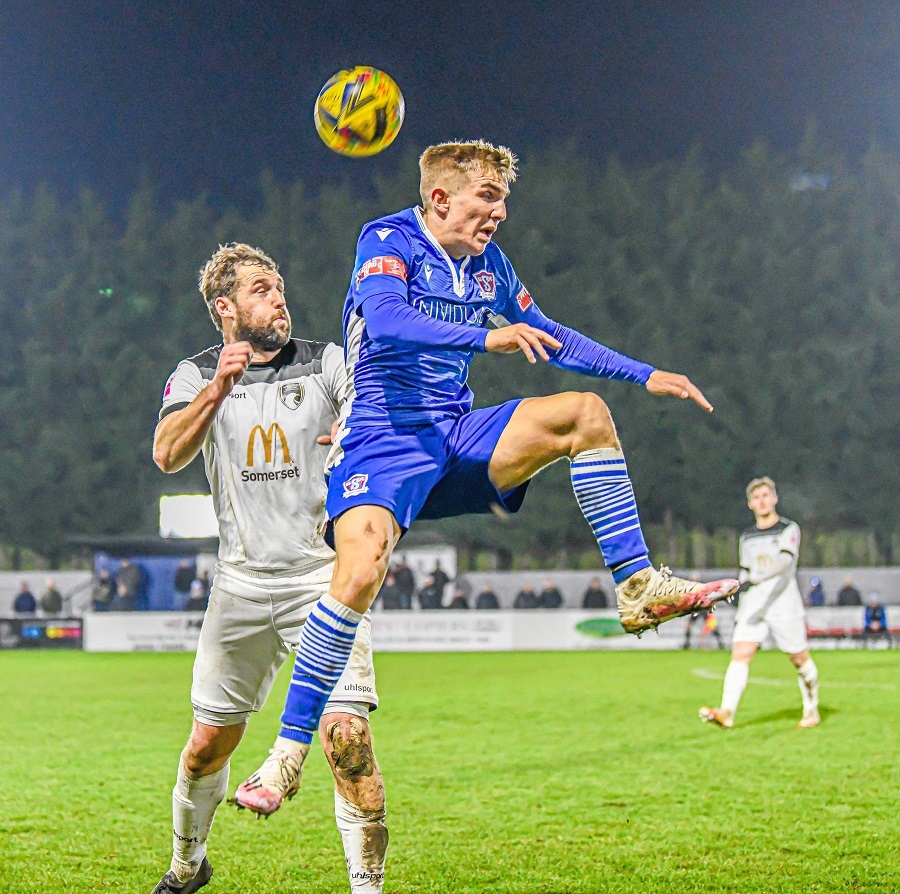 In front of a healthy crowd Weston came flying out of the traps when the Weston skipper Kieran Thomas forced Martin Horsell into an early save. Kieran Phillips was looking lively for Marine and soon after nearly got in on a quick break but was just edged off the ball. With 12 minutes on the clock Jordan Bastin missed a glorious chance for the visitors, blazing over the bar from just in front of goal.

It came as no surprise then when Weston did take the lead on 15 minutes. After a neat set of passes Dayle Grubb danced his way past the Marine defence before hitting a shot against the post. The rebound fell nicely for MARLON JACKSON (top photo) who had the simple task of tapping home from 3-yards. Marine tried to respond but apart from a long range Henry Spalding effort it was all about keeping a rampant Weston at bay until the break, which they did apart from a Nick McCootie effort that was fired just wide of goal. It was a difficult first half for Marine but they would have been pleased to have kept the Seagulls from adding to their tally. 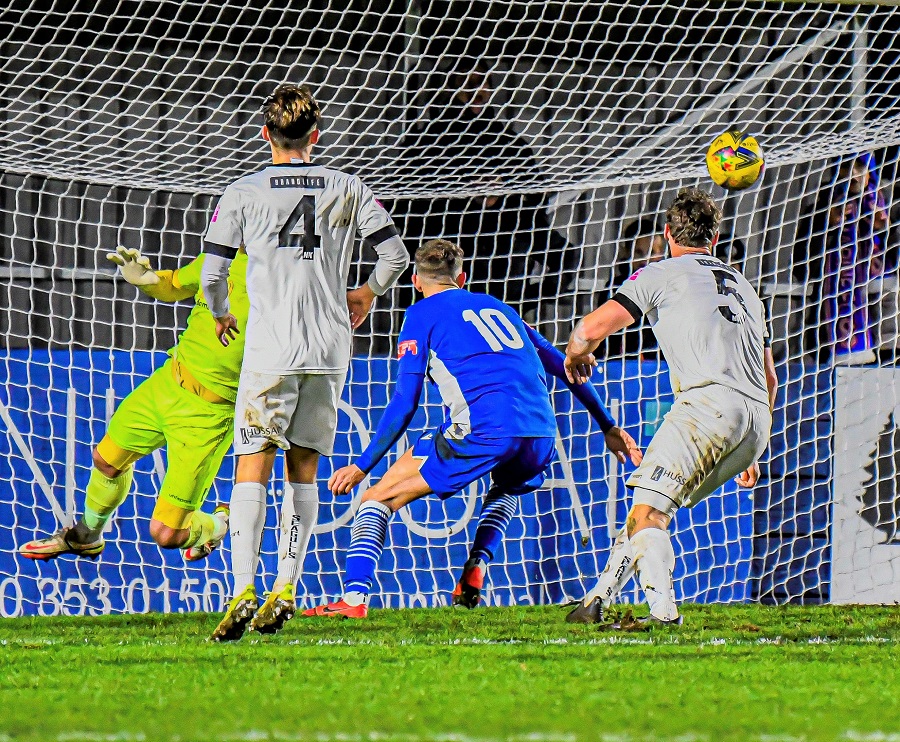 The second period started more quietly and slowly Marine started to grow in confidence as Weston started to think about hanging on to their lead eventually leading to chances for the hosts. On the hour a Henry Spalding half chance from a free kick was blocked, this was followed soon after by a good team move which eventually ended with a wild shot from Brad Hooper over the bar.

But with 66 minutes on the clock Marine earnt themselves a free kick on the edge of the box. Jamie Edge floated a delightful ball into the box and after a bit of confusion in the penalty area HARRY WILLIAMS was the sharpest to react and poked the ball home for his sixth goal of the season. 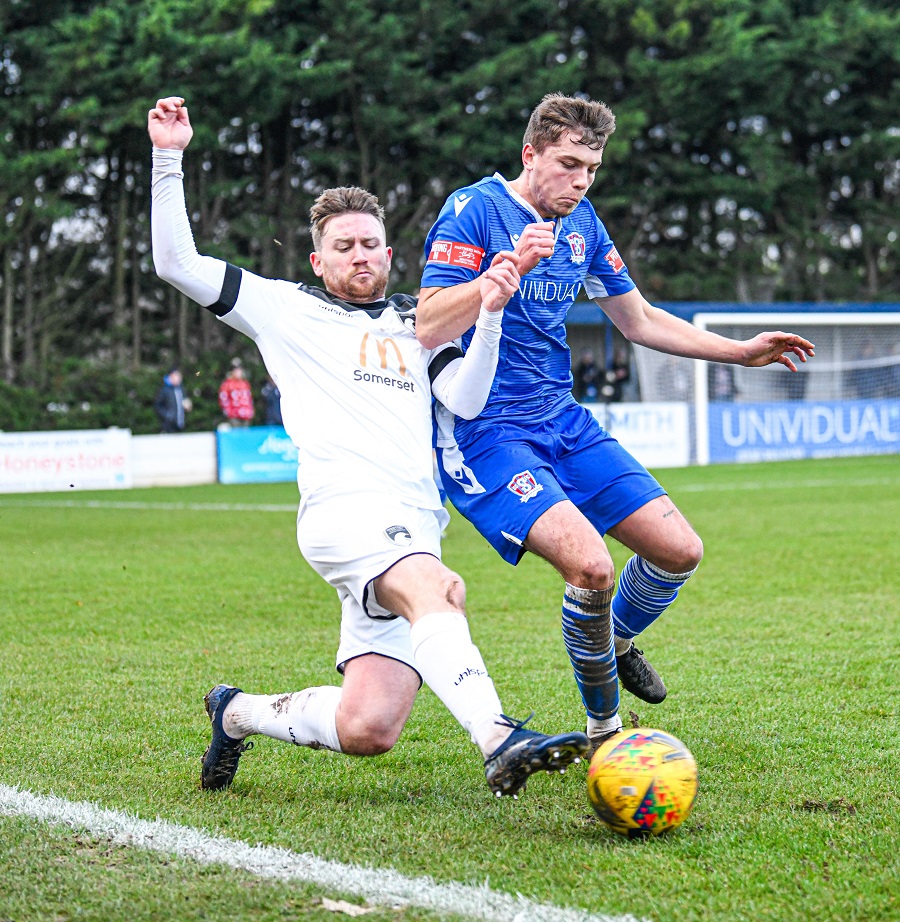 Weston responded immediately with striker Nick McCootie hitting a shot into the side netting and Lewis Hall saw yellow after a poor tackle on his winger. But then Marine came so close to taking the lead. First Harry Williams’ effort was well saved by the foot of Weston keeper Max Harris before Ryan Campbell’s follow up came off the outside of the post. The pressure continued to build and by now Marine were totally on top. Mat Liddiard’s header from a corner went straight into the keepers arms.

But with seven minutes to go the breakthrough came and the turn around was complete. It came as a result of some great hold up play by Kieran Phillips before he turned and played the perfect killer pass through to HENRY SPALDING. The winger stretched to poke the ball through the keepers legs and as it rolled into the net the home fans were applauding the goal and also the excellent movement and passing by the players in the build up to it.

A very poor challenge on Brad Hooper by Kieran Thomas highlighted the visitors frustrations soon after and on another day he could have seen red card but the excellent referee was feeling the Christmas spirit and wielded just a yellow. Kieran Phillips nearly got his customary goal with time running out as he nicked the ball from keeper Harris from a sloppy back pass but he was judged to have committed a foul, although many spectators thought otherwise?

Zack Kotwica replaced Henry Spalding late on to see Marine comfortably hold on to their lead and take their fourth win in four games, a real turnaround in form as well as on the day. Overall a perfect early Christmas present for the fans with yet another resilient display against a clearly strong and confident opposition. Marine will be hoping for a similar showing in their next match away at table toppers Farnborough on Monday December 27th.

Access to the highlights from all of Marine’s matches from Your Sport Swindon can be viewed on a monthly subscription of just £2:50. Click the link above to subscribe.