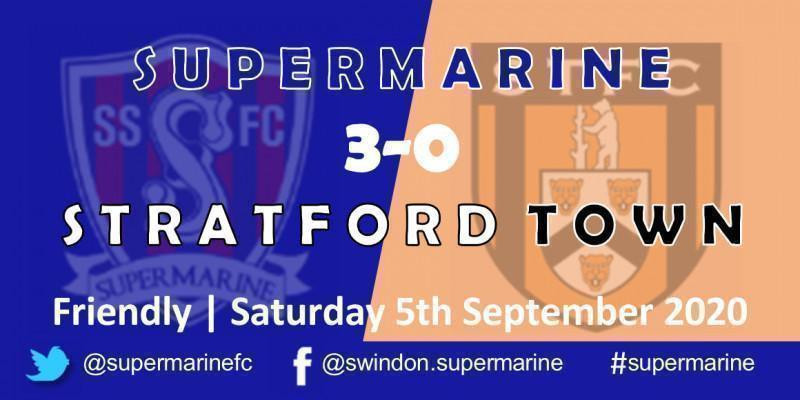 In their latest warm up friendly ahead of the new season Supermarine took on PitchingIn Southern League Premier Division Central outfit Stratford Town at the Webbs Wood Stadium in front of a small crowd enjoying their football once more after lockdown.

Stratford Town, whose chairman is former Swindon Town owner Jed McCrory had been doing well in their warm-up games prior to this but came crashing down to earth as Marine dominated the game from start to finish, excelling in every area of the pitch. 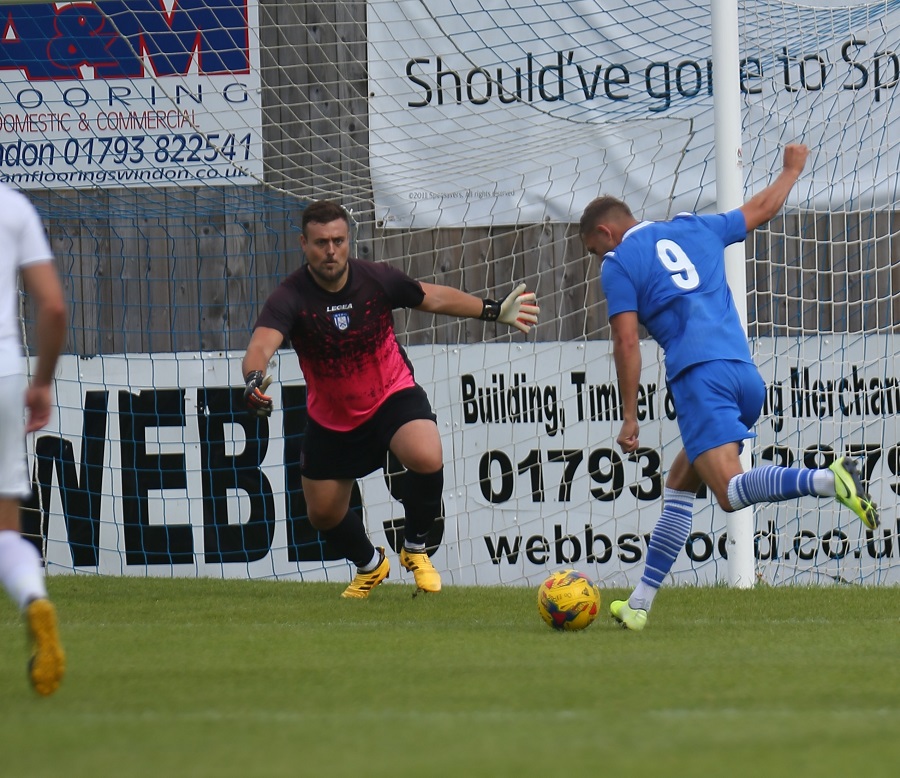 Conor McDonagh returned to the starting line up with Joe Shepherd still sidelined and Zack Kotwicka unwell. Henry Spalding returned to the squad after missing the last few games through injury.

Marine started well and Ryan Campbell teed up Harry Williams for an early chance but he skewed it wide. On nine minutes McDonagh curled an effort well over the bar from outside the box. But it wasn’t long before the radar was turned on as a lovely 1-2 between McDonagh and Williams saw the latter slotting the ball past Stratford keeper Ty Belford to score comfortably. 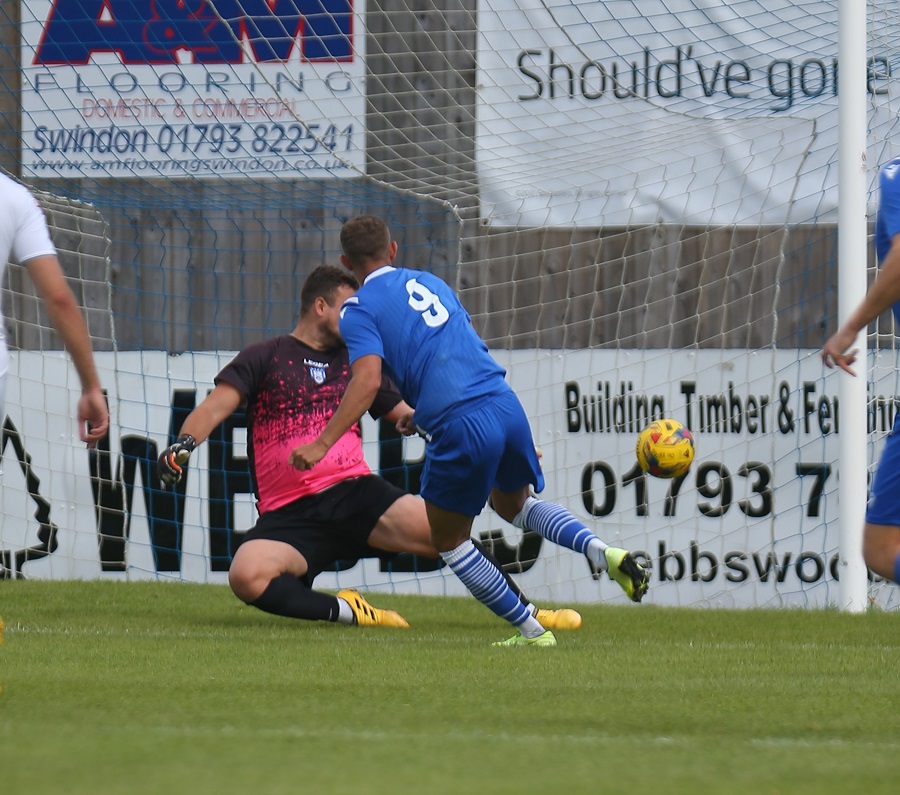 Skipper Mat Liddiard, playing in a midfield role, was unlucky not to double the score-line when his header struck the bar soon after. Marine’s strong start was reflected in the score-line although the visitors Kynan Issace provided the main threat on the break. 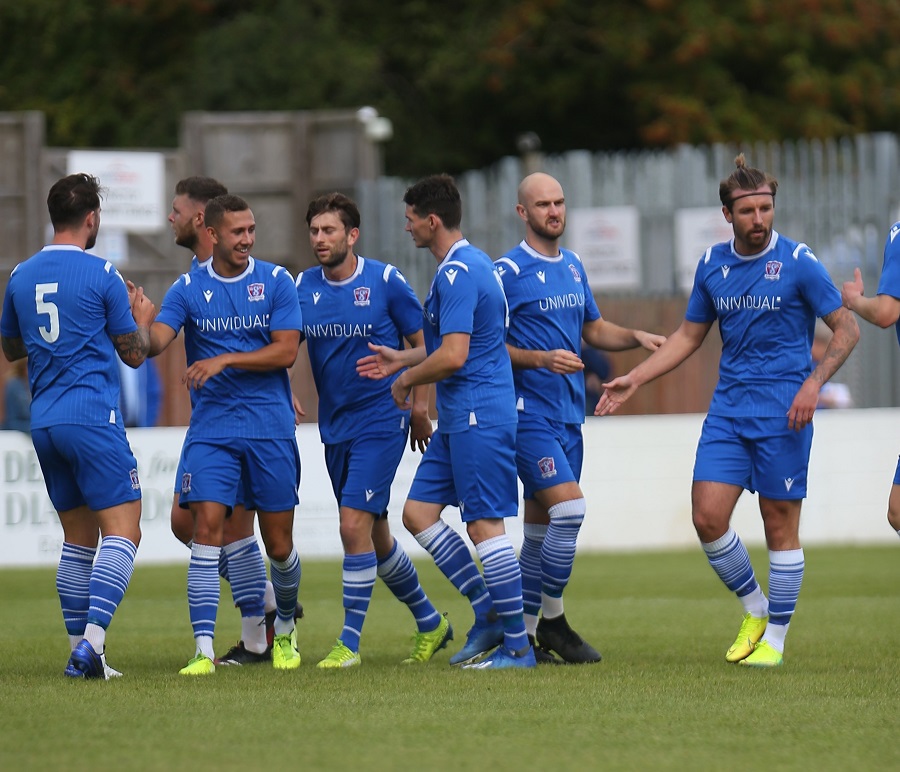 However, on 25 minutes Liddiard made no mistake at the second time of asking, heading home superbly from a Jamie Edge in-swinging free-kick. Marine were now dominating possession and chances with Liddiard blasting way over the crossbar from a corner as he continued to be a threat at set-pieces. 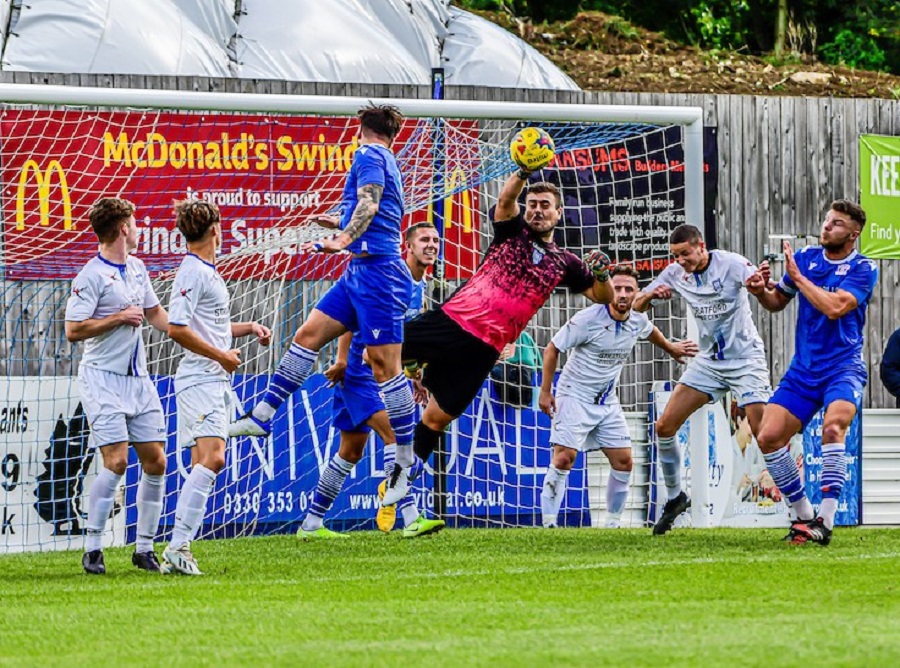 There was a brief scare just before half-time when Martin Horsell attempted to dribble out from the back and struck the onrushing Kynan Isaac with the ball falling just the right side of the post.

A decent first 45 minutes, looking strong at the back with two excellent goals. 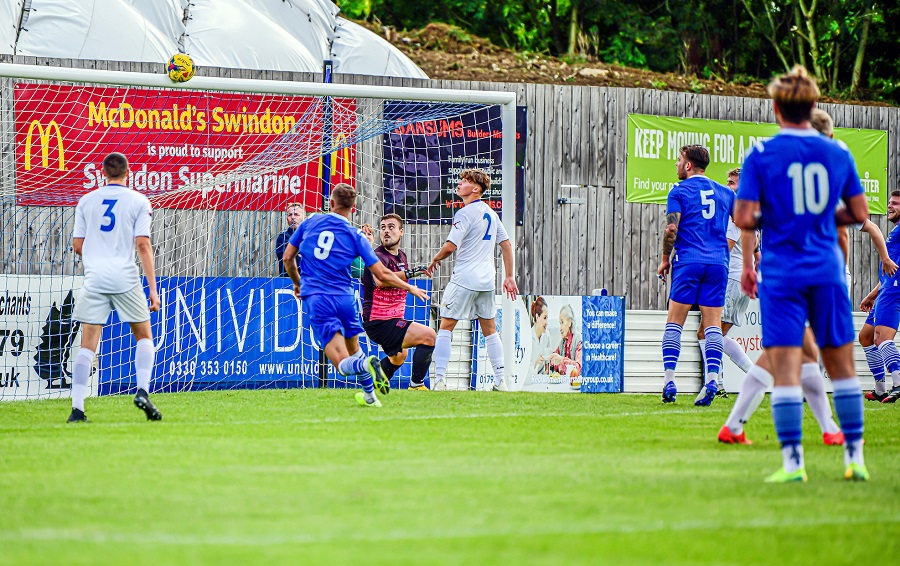 At the start of the second period McDonagh had the ball in the net but it was adjudged offside however it didn’t take long for him to notch. However, before that Horsell was in action to deny both Issac and Kazaboni with a fine double save to keep his clean sheet intact.

On 54 minutes Brad Hoooper won the ball in midfield and played a delightful ball into McDonagh who finished empathically into the top right hand corner for Marine’s third goal of the game. 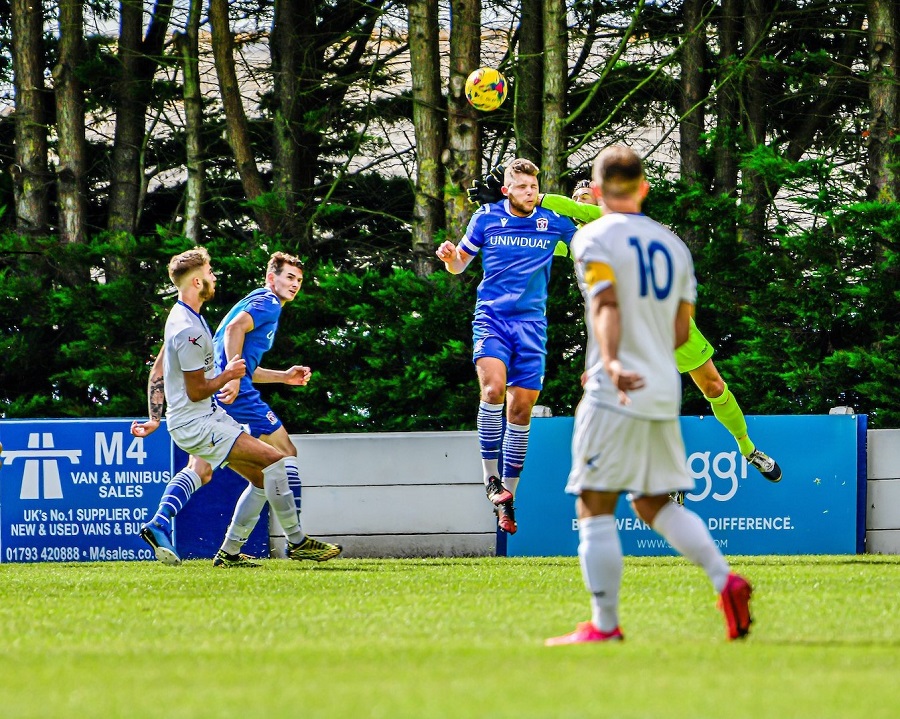 This lead allowed Supermarine to blood some of their substitutes in the remaining half hour. Michael Hopkins replaced Louis Spalding in the first chance on the hour. Shortly afterwards Pierce Mitchel was very unlucky to see his header come off a post from a corner.

Lee Marshall was the next change for Brad Hoooper, followed by Rhys Wells who replaced the hardworking Harry Williams and it was a welcome return after injury 10 minutes from time for Henry Spalding. 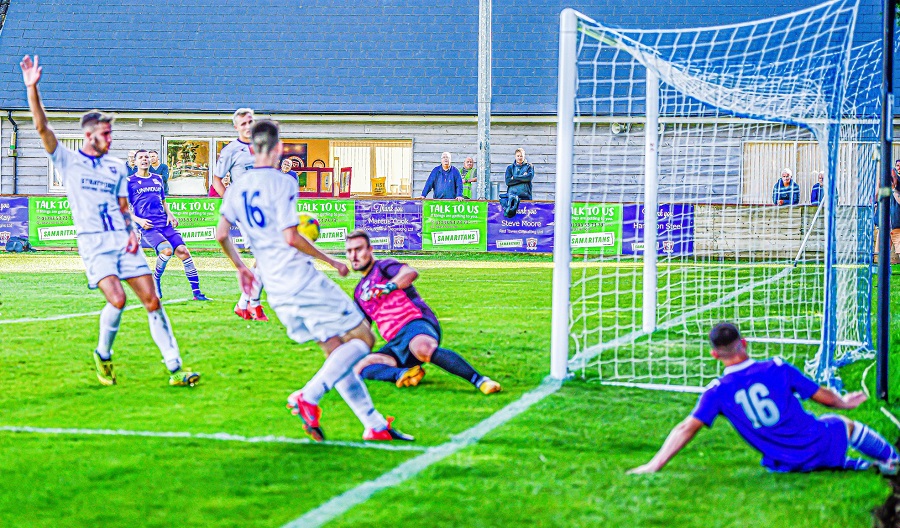 Soon after these changes Liddiard poked the ball wide from Jack Staley’s cross when well placed and as the game petered out there was one final chance from a Hopkins free kick which was superbly saved by Belford in the visitors goal.

With two weeks to go before the new season starts Marine have slowly built up their fitness and tactical play culminating in this best performance of their pre-season so far. Stratford Townhad been doing well in their warm-up games prior to this but came crashing down to earth.